How Civically Engaged Are Millennials? 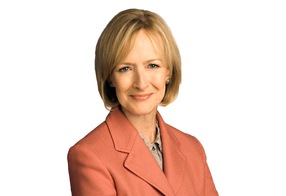 There’s a mini war going on right now over the much observed “Millennial” generation — those young people born after 1980, who are roughly between the ages of 10 and 30. It all started with a study published this month in the Journal of Personality and Social Psychology, that examined the “life goals, concern for others and civic orientation” of three young generations: Baby Boomers (born 1946-64), Generation X (born 1965-80) and Millennials. It used data from four decades of surveys of college freshmen and high school seniors, and concluded that — contrary to popular assumptions — there’s been a decline in young people’s “trust in others, their interest in government and the time they said they spent thinking about social problems.”

Because I worked on two documentary projects about today’s younger generation for PBS, NPR and the NewsHour, among other partners, in 2006-07, my ears perk up whenever I hear or see reports about them. So the AP story in The Washington Post a few days ago jumped off the page at me: “Young Americans less interested in the environment than previous generations,” read the headline. I spotted the name of one study author, Jean Twenge, a professor of psychology at San Diego State University, and recalled her as the author of a 2006 book “Generation Me,” that stirred up controversy with its description of young people as “entitled,” self-important and even narcissistic, compared to older generations at the same age.

Twenge has continued to write about Millennials, coming across even more persuaded now that they put “earning lots of money, being well-off financially and being in a position of authority” ahead of concern for others or for the community. Not surprisingly, she continues to be challenged. Peter Levine directs CIRCLE, The Center for Information and Research on Civic Learning and Engagement, which studies young Americans’ civic engagement. He wrote last week after seeing Twenge’s study that data actually show that young people “differ (from each other) an awful lot in their civic engagement.” He credits her with illustrating that young people are engaging in different ways, “at least some of which are troubling.” But he stresses that the 95-million strong Millennials, like generations before them, are large and complex, and resist easy caricature.

Mike Hais and Morley Winograd, authors of two books on the under-30s, are even more dismissive. The former political and survey research experts take Twenge to task for what they call faulty interpretation of data, and for stressing psychological methodology, when they say young people have been buffeted by external forces affecting the thinking of all generations — like the growing professed importance of making a good living.

Aware that the economy has been rough on many young people, Hais, Winograd and Levine are closely watching Millennials in this election year to see whether they demonstrate the same relatively high levels of civic/political engagement and voter participation they demonstrated in 2008. The criticism from Twenge suggests strongly that they won’t. I plan to keep watching to see what happens. What about your experience with Millennials? I’d like to hear from you. Do you believe Millennials are more or less civically engaged than their older brothers and sisters, and their parents?