How Happy Are Americans? 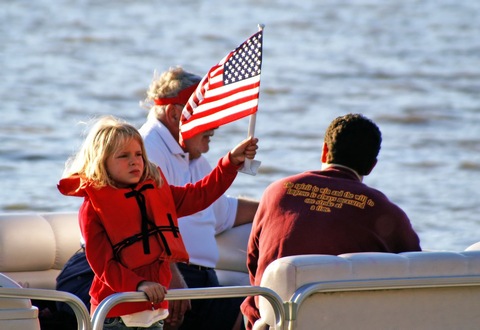 The 40-nation Organization for Economic Co-operation and Development has just released the published version of its study of well-being, reported on Making Sen$e some months ago. We thought the OECD’s summary of the highlights would be worth sharing. 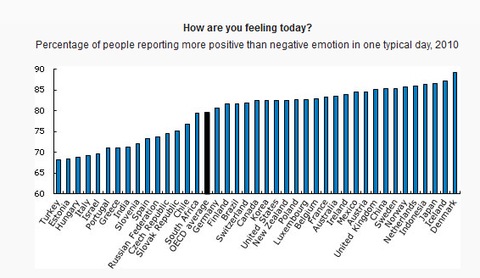 The United States is near the middle, 19th from the right between Korea and New Zealand.

The report finds that well-being has increased on average over the past fifteen years: people are richer and more likely to be employed; they enjoy better housing conditions and are exposed to lower air pollution; they live longer and are more educated; they are also exposed to fewer crimes. But differences across countries are large. Furthermore, some groups of the population, particularly less educated and low-income people, tend to fare systematically worse in all dimensions of well-being considered in this report. For instance they live shorter lives and report greater health problems; their children obtain worse school results; they participate less in political activities; they can rely on lower social networks in case of needs; they are more exposed to crime and pollution; they tend to be less satisfied with their life as a whole than more educated and higher-income people.

This entry is cross-posted on the Making Sen$e page, where correspondent Paul Solman answers your economic and business questions. Follow Paul on Twitter.