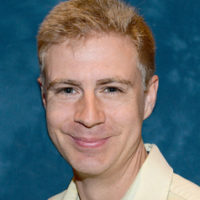 How music amplifies the drama in these two Oscar-nominated movies

Every year, the Academy of Motion Picture Arts and Sciences awards an Oscar to the film with the best original score.

The best scores – like those from “Lawrence of Arabia” and “Black Panther” – convey and amplify a film’s emotional landscape.

How do composers pull this off?

Back in 2014, I wrote a book examining the musical methods of early sound films. Ninety years later, some of the basic techniques developed during that era remain relevant. They include what industry professionals call “spotting,” which refers to when music appears in the film, and decisions about which musical styles to incorporate.

This year, two very different Oscar-nominated scores – those from “Marriage Story” and “Joker” – show how style and spotting can have major effects on a viewer’s engagement and emotional experience with a film.

Sounding out the breakdown of a marriage

“Marriage Story” tells the story of a married couple whose separation leads to an increasingly bitter and contentious divorce.

The film’s score, composed by Randy Newman, uses music in a classical style – but mainly during moments of kindness and human connection.

In the film’s lengthy opening, for example, we hear Charlie and his wife Nicole describe what they love about each other. During this sequence, the audience hears strings, flute, harp and piano. Perhaps Newman chose classical music because, for many listeners, its sounds can evoke the perfection of a past era. He splices these sounds with dialogue reflecting what most people want from their romantic relationships: warmth, trust and mutual support.

Lush strings and flutes kindle the warmth of an idealized past.

This sets up a stark contrast to the film’s real focus: the couple’s divorce and the messy legal proceedings that cause two well-intentioned people to lash out against one another.

We’ve been duped by this opening, in other words. Careful ears may detect a slightly more somber tone during Nicole’s voiceover. But more importantly, when Nicole’s voiceover concludes, the music stops entirely. The scene shifts to a sterile New York City office building.

Over the faint sounds of the room and distant traffic, the viewer learns that Charlie and Nicole are preparing for divorce.

Newman’s music evokes the nostalgic glow of feelings that the couple could only express in happier times. The absence of music signals the acrimonious present.

Bit by bit, divorce proceedings cause the couple to become even more hostile. This culminates in two fights that are completely devoid of music: a heated courtroom debate by the couple’s dueling lawyers and a vicious shouting match between Charlie and Nicole in an ensuing scene.

Thanks to the musical logic Newman established in the opening, the lack of music signals that the proceedings of divorce have ruined whatever positive feelings the couple had tried to salvage. Only when Charlie and Nicole remember to be human at the end of their fight by embracing and apologizing does Newman’s score – in a classical style that echoes the opening – return.

Only when the rage dissipates does the music return.

The music of a deteriorating mind

Hildur Guðnadóttir’s score for “Joker” sounds radically different from that of “Marriage Story.” Yet it, too, relies on style and careful placement to amplify the film’s thematic and emotional landscape.

In an early scene, Arthur Fleck, dressed as a clown, performs on a crowded Gotham City street as a nearby piano player performs Henry Lodge’s peppy old-time tune “Temptation Rag.” After a group of teens steal Fleck’s sign, he chases after them – away from the superficial cheer of the street and into a secluded alley, where he’s ambushed and viciously beaten. When this brutal attack begins, “Temptation Rag” gives way to the first original music in the film.

When viewers see Arthur Fleck hurt and helpless for the first time, the haunting score makes its first appearance.

By saving the score for a moment that captures Fleck’s helplessness and hurt, Guðnadóttir immediately ties her music to Fleck’s psychology, an effect enhanced by the musical style: Its long, repetitive cello notes seem to convey a sense of both dignity and stagnation. It is as if the music, like Fleck, struggles to make progress.

As “Joker” continues, Guðnadóttir’s score remains relentlessly tied to Fleck’s deteriorating mental state. The score returns, for instance, when Arthur forces a wide and disconcertingly fake smile onto his face when he is fired.

Later, after Fleck’s boiling anger erupts and he ends up murdering three men on a subway, he literally dances to his theme – as if he’s dancing to a tune that only he can hear.

The film’s score disappears during certain moments, like when Fleck murders his mother.

Why? Music helps us understand his emotional pain. But its absence during disturbing murders encourages us to pull away and consider his actions with a degree of detachment.

Whether warmly classical or bleakly meditative, Oscar-worthy film scores can be the unsung heroes behind the viewer’s experience.

Left: Joaquin Phoenix attends the premiere for the film "Joker" in Los Angeles in 2019. Photo by REUTERS/Mario Anzuoni

Michael Slowik is an assistant professor of film studies at Wesleyan University.