Imagine a country road, a single lane winding past farms and tractors. Now, picture a line of cars backed-up, crawling at 15 mph behind a horse-drawn wagon. Most would blame the wagon or the slow-moving traffic. But Peter Delaney, a member of the UK’s Horsedrawn, a group of nomads who live with their families on wagons, sees it differently. If it weren’t for the cars, he says, there would be no traffic.

Photographer Iain McKell spent the last 10 years closely documenting UK’s Horsedrawn “tribe.” His images are on display at New York’s Clic Gallery and collected in the 2011 book, “The New Gypsies,” which was re-released this fall. But the project really started 25 years ago.

Every year, on the summer solstice, a special breed of travelers make their way to Stonehenge to watch the sunrise. In the 1960s, they were typically called hippies, but by the mid-80s, this so-called “peace convoy” had evolved. McKell described it as a “post-punk-meets-hippie-kind-of culture.” 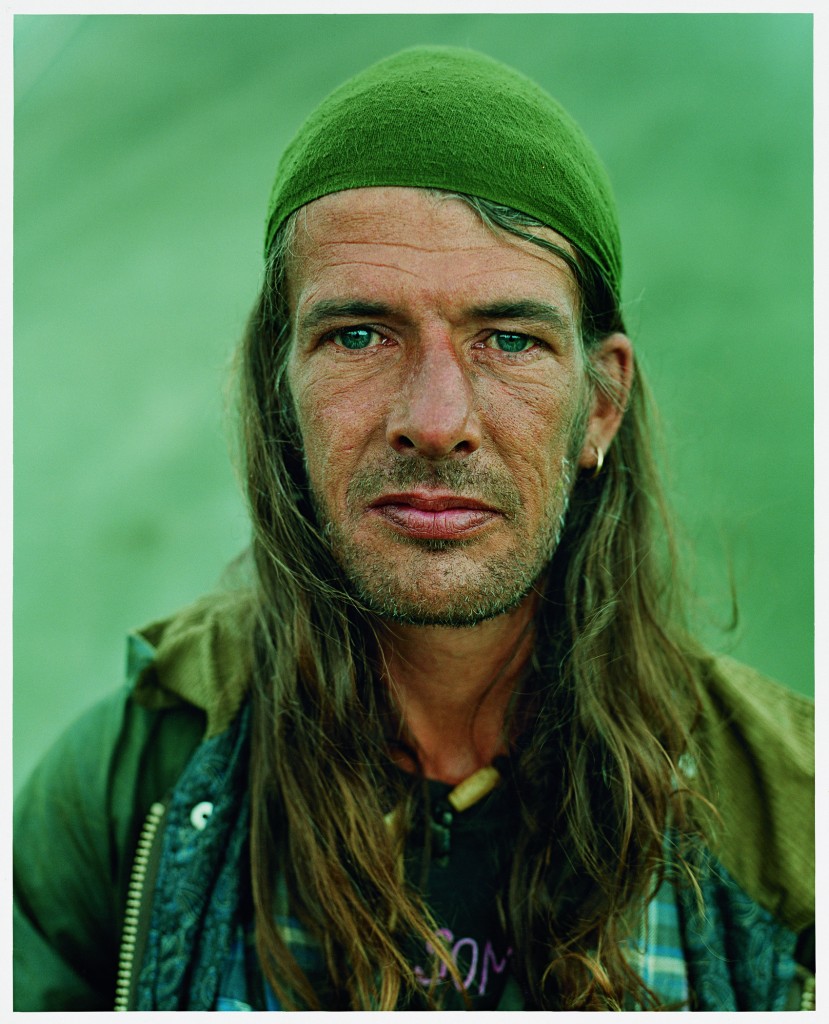 In 1985, Margaret Thatcher was prime minister and a new English counterculture was brewing. At that year’s solstice festival, hundreds of travelers were restricted from entering the prehistoric monument, many violently. But the Battle of the Beanfield, as it is now known, failed to deter travelers the following year, the year McKell covered the event for The Observer.

The photographer was immediately drawn to the dichotomy between “the punk and the landscape.”

“You think that punk is something maybe urban, but I like the fact that it was anarchy and beauty together.”

Fifteen years later, in 2001, he decided to revisit the solstice festival at Stonehenge. 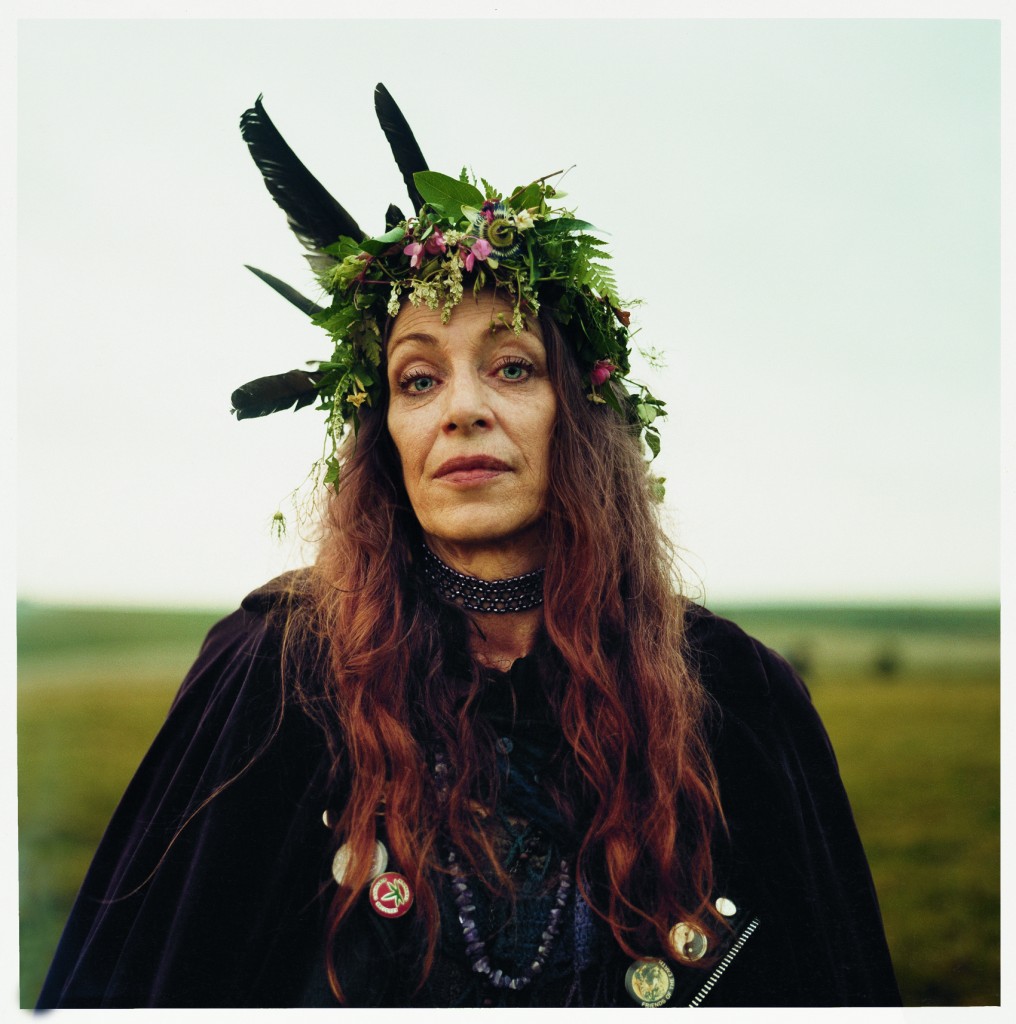 “You’ve got Druids, you’ve got hippie culture, people near farms, and, you know, a man and his daughter that lives in a local village going up to Stonehenge to see the sunrise. It’s quite democratic, actually,” he said. “There’s a lot of diverse people there.”

And after all those people departed, several rustic wagons remained: the Horsedrawn. The group kept McKell enchanted for the next decade. He continued to return to the Horsedrawn, and over time, he built friendships. He watched the group’s children grow. 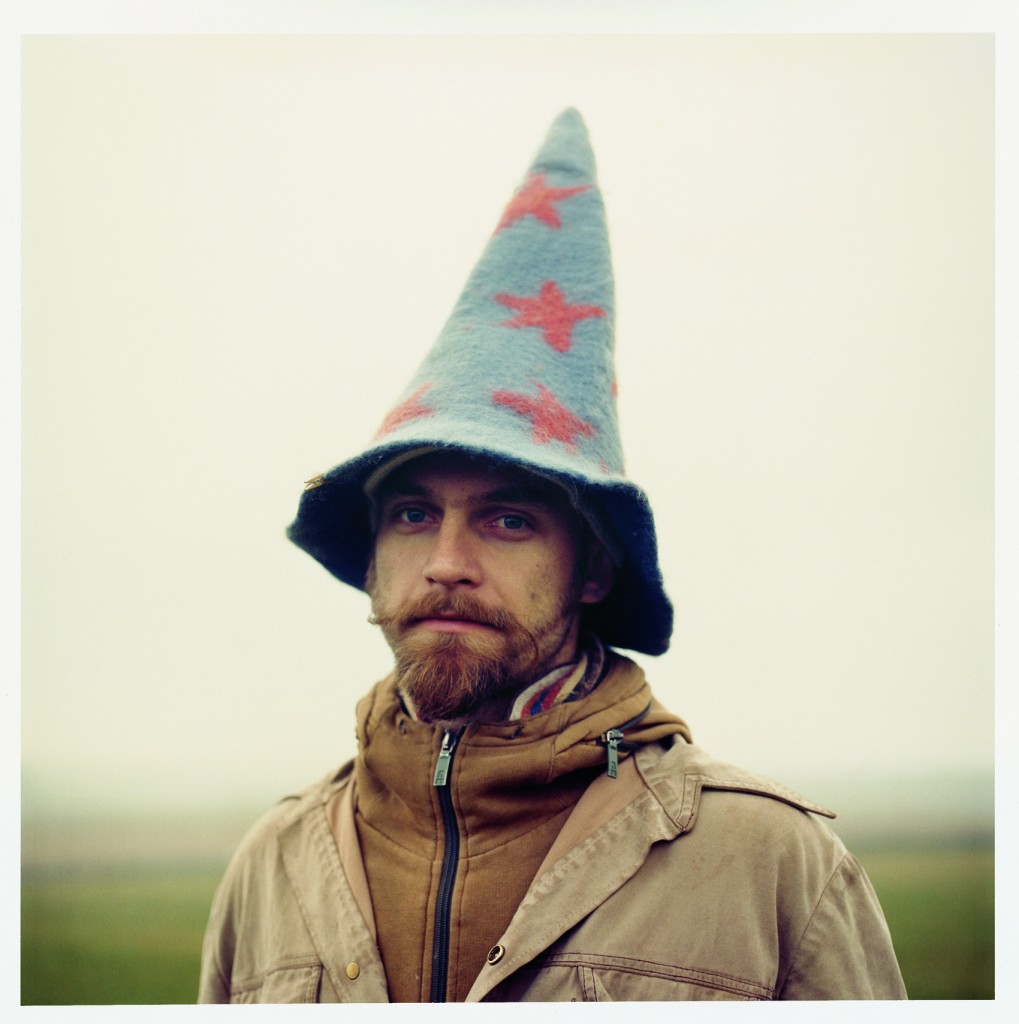 The photographer says the group’s origins are rooted not in religion, but rather in contemporary culture and the world of music festivals. They evolved from the older bus culture of vintage VW buses and the open road.

That bus travel, however, turned into horse travel because, according to McKell and the Horsedrawn, living on a bus just isn’t practical. And practicality is at the heart of everything they do.

Buses break down, especially the “good-looking” vintage VW ones. 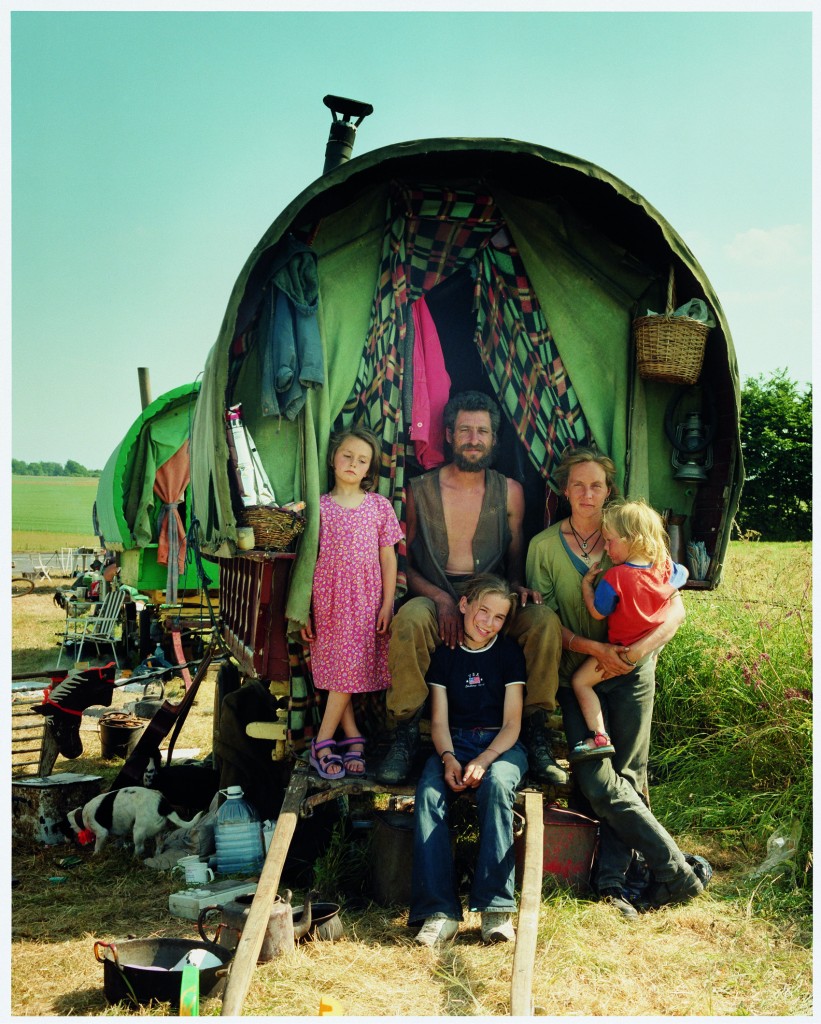 “They want to be out there moving like authentic travelers,” McKell said. “There’s this rhythm to life and the practicality to it that’s entwined with traveling.”

There’s also an obligation to care for the horses.

“What separates the Horsedrawn from the vehicle travelers is you’re living with horses, and relationships are formed with horses. It’s a completely different mindset. You can’t suck on heroin in a hedge somewhere if you’ve got responsibility… it has got this almost biblical anthem to it, that they kind of passionately believe in the horse, really passionately believe in it.” 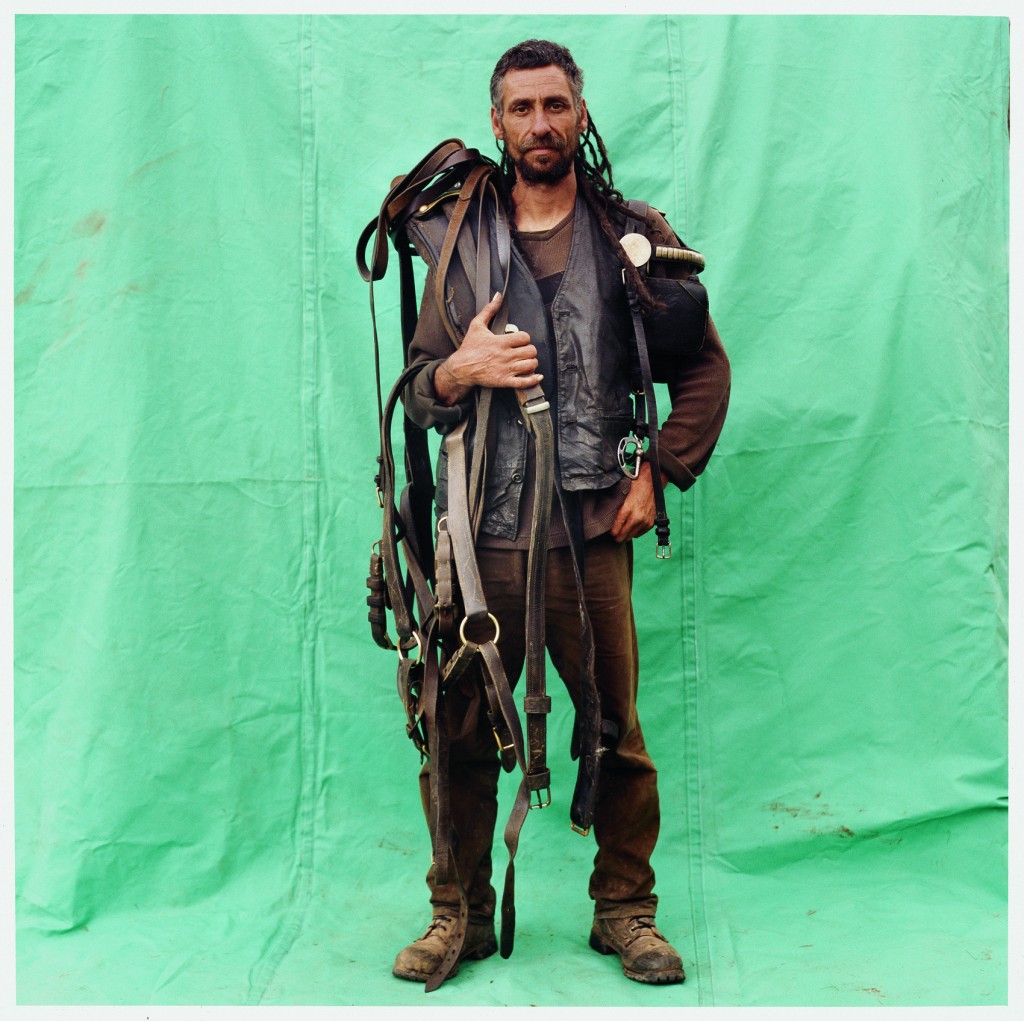 The Horsedrawn may be back-to-basics with their transportation, but they aren’t strangers to modern living. They have cell phones and laptops. They’re on Facebook. Its 18th century meets 21st century, McKell said.

It’s those contemporary forms of communication that helped the photographer find them each weekend. And, even though McKell lived and worked in the city, he could still move seamlessly in and out of their world.

“They took me in. They could see that I’ve got that kind of hardy edge. You’ve got to be a bit hardy. You earn your colors that way.” 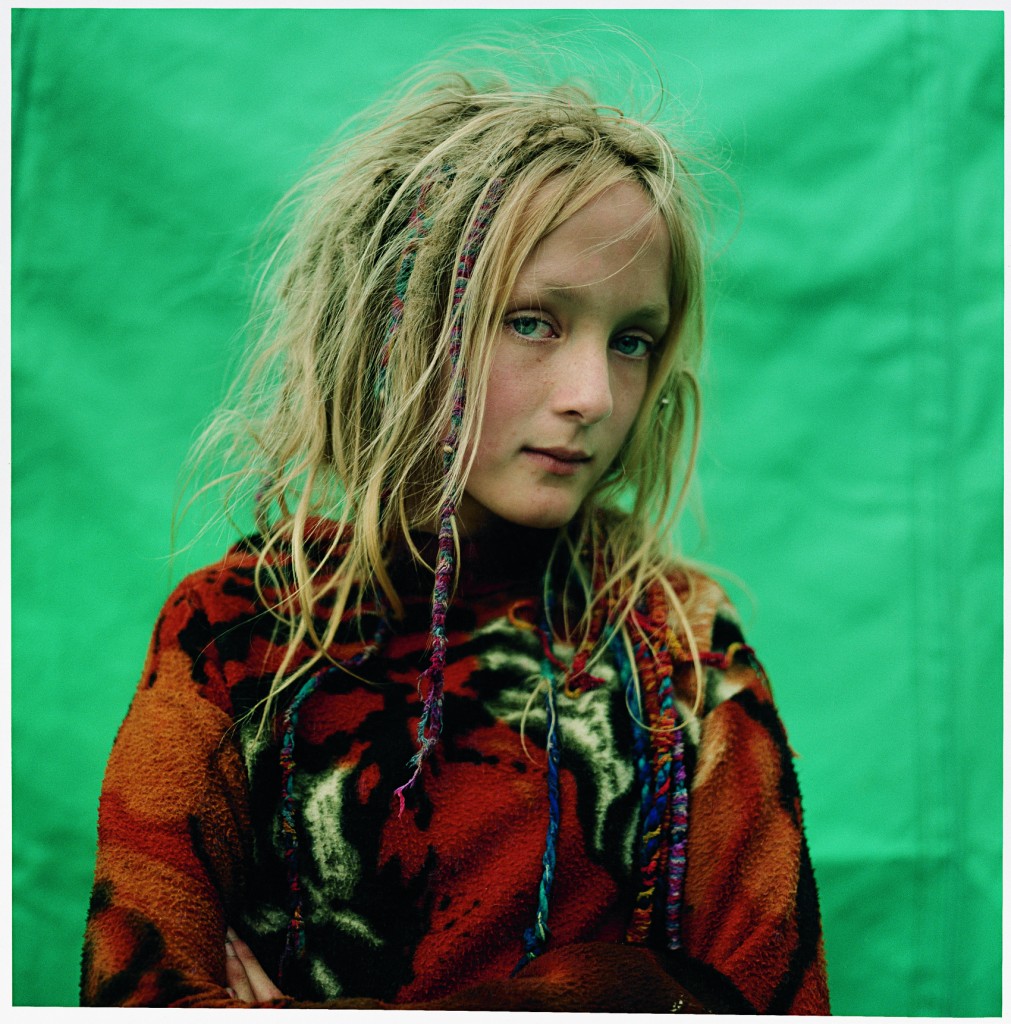 The photographer describes the patch of land where they travel and park as a “little verge that runs round the country between the people who own land and the public highway.”

Occasionally, the group contends with violence. One morning, McKell woke to find Dave, one of the travelers, had been hit. A few months ago, someone came after him with a shovel and landed him in the hospital with a broken arm and two broken ribs. Another time, he heard about family who was attacked while they were sleeping. Someone came and lit the canvas covering their tent on fire. The father had to jump out, cut the ropes, and pull the canvas off their home. Everyone was okay. 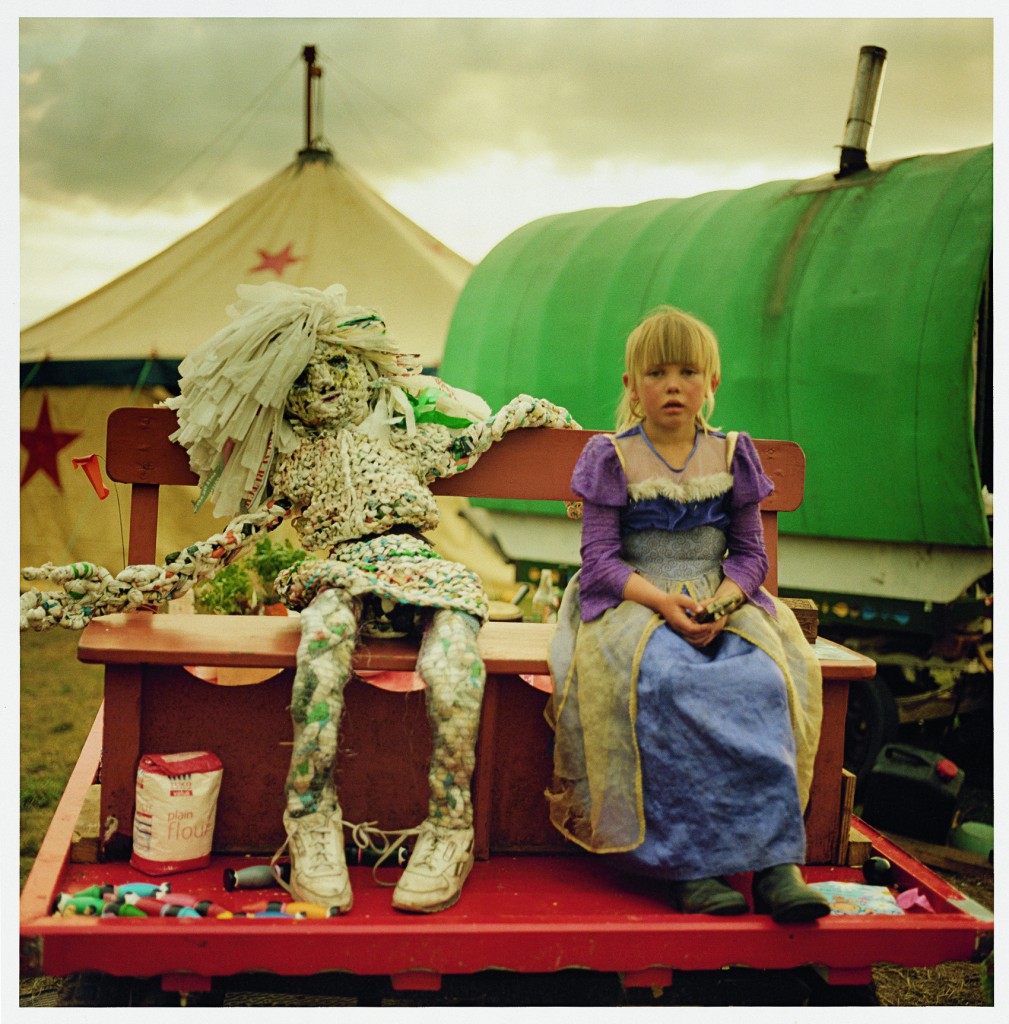 They’re not overtly political, but they live in a sort of silent protest all the time. According to McKell, it’s a protest against a culture of excess and consumerism. And an embrace of a simpler, more sustainable way of life.

“When I first met them, everybody (went) back to work after sunrise at Stonehenge. People had jobs to go to. The ravers are gone, the druids are gone, the hippies are gone. But what’s left is people who don’t need to go anywhere because they’re already at home,” said McKell. “That was the first thing that really struck me, that the journey was the home.”