In ‘Barefoot Artist,’ Lily Yeh confronts painful past in her journey to heal communities through art

In 2008, filmmaker Daniel Traub set out to make short pieces about his mother’s artwork. What he ended up creating was an intimate portrait that reveals his own family’s painful past.

His mother Lily Yeh is an artist who has worked with communities all over the world, what she calls “broken places.” “The Barefoot Artist” tells the family history alongside her life as a community artist. She began her work in North Philadelphia, in what is now known as the Village of Arts and Humanities. It’s there that she met and became friends with Glenn Holsten, a co-director with Traub.

Watch the trailer for “The Barefoot Artist.”

Holsten has been filming Yeh’s work for years, but he realized he had a bigger project on his hands when he visited her in her home one day. Yeh expressed a need to go back to China to make amends with her family, what becomes a pivotal and important part of the documentary.

“There was a turning point,” Holsten told Art Beat. “I said, ‘Can I come and document it?’ and she said, ‘yes,’ which was very brave of her.”

Still, it was years before Holsten and Traub joined forces to create “The Barefoot Artist.” The two were creating “parallel” films, Holsten about Yeh’s personal life and Traub and her artwork in communities around the world. Eventually they realized they each needed the other side of the story.

“Lily gave us the blessing because she said it was two sides of the same story and that was our driving thesis throughout the construction of the film … that these two sides need each other to tell the whole story,” said Holsten. 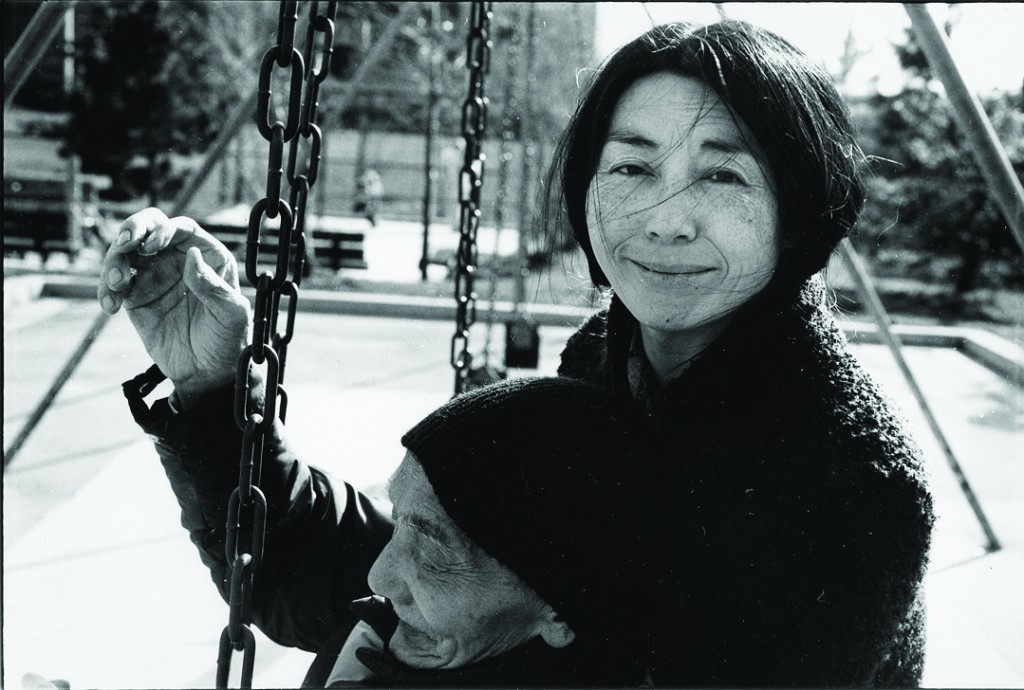 In the film, Yeh travels to China to retrace her father’s life, “in hopes of resolving life-long guilt that was passed from father to daughter.” Photo courtesy of Paladin

As Traub, adding in the personal element was “extremely emotional.”

“It churned up a lot of different things, not only about the family in China, but also about my own history and my own time growing up,” he said.

Traub does make a few appearances in the film, but largely Yeh is the narrator of her own story. It’s these aspects of the story that Traub observes viewers have reacted most to.

“The family stories trigger things in people’s own lives so it seems to me that maybe that’s the richest part of the film and gives you a way of reflecting back on your life and looking for ways to delve back into your own story.” 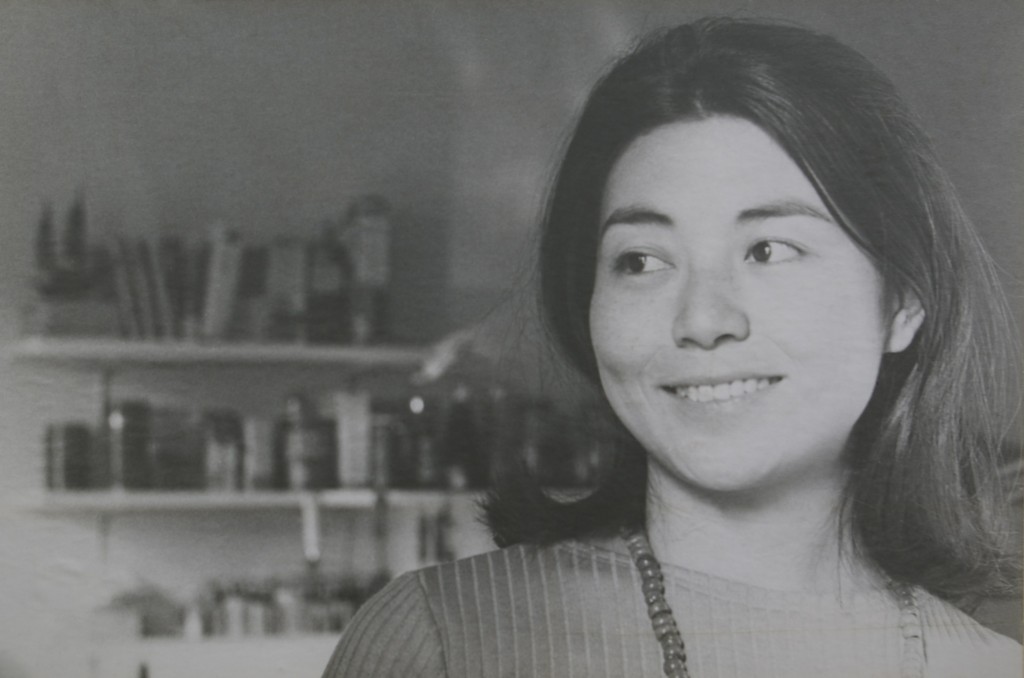 Yeh began doing community art in North Philadelphia because she says she was looking for authenticity. “I was trying to find my voice,” she said. Photo courtesy of Paladin

For Yeh to have her personal experiences made so visible was scary, but the decision to be so open about those aspects of her life came from the same place where she approaches her creative work.

“I did struggle. I kind of shuttered and said I feel so vulnerable and exposed, but then on the other hand … I felt that maybe that’s an offering of myself to the world, so people can go to dark places and work with it and reconnect with the brokenness,” said Yeh.

Yeh’s late father was a general in the Chinese military during World War II, before the family left for Taiwan. But he had abandoned his first wife and their children. In the film, Yeh reads from her father’s diaries, where he expressed a guilt that plagued him throughout his life. That guilt was passed on to Yeh. In the film, Yeh travels to China to retrace her father’s life and make amends for his choices. 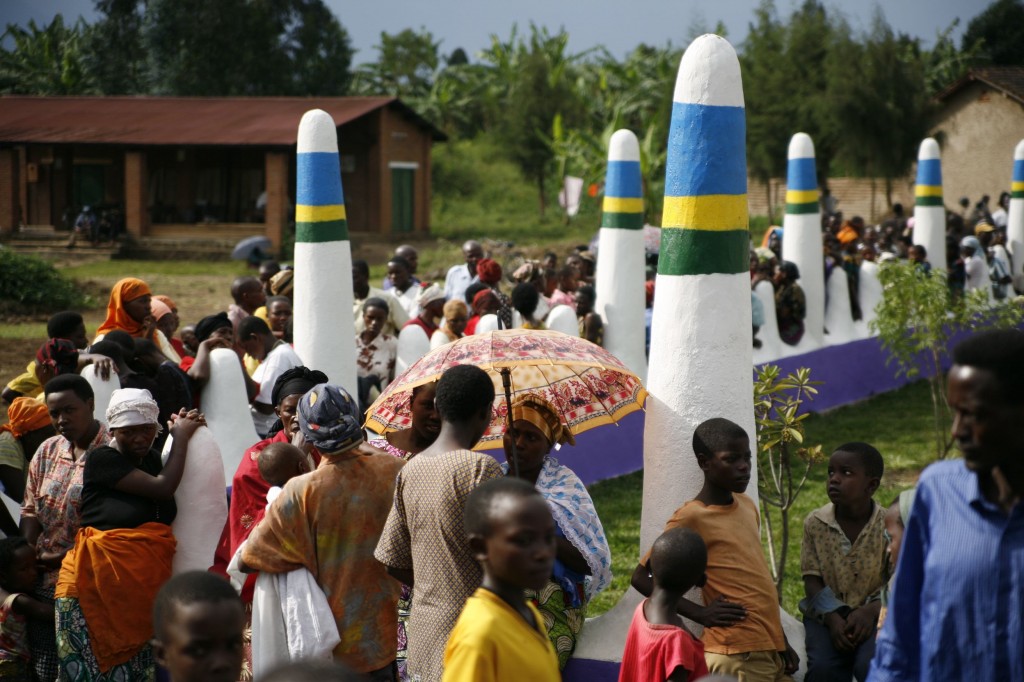 “When I went to Rwanda, I didn’t have a plan and say I’m going to work with survivors, comfort them. Not like them at all, always very modest, very private. I was at an international conference and I heard John Bosco [the director of the Red Cross in the western region] talking and I felt so moved and I said I have to go there.” Photo courtesy of Paladin

Yeh says that her father’s shame propelled her into community work. After 18 years in North Philadelphia, what Yeh calls her “teacher,” she moved on to visit other communities. That process happened organically, like most of Yeh’s work does. Her time in a Rwandan village of genocide survivors wasn’t planned, but she was moved at an international conference and asked to visit the village. Over time, her work transformed the community.

“There are so many places in need in the world. I could find a way to create a system and go to many, many places, but my way of working is like an artist. I need to be with people to feel and work with people and be very, very personal.”

After she leaves a community, Yeh says her work has a ripple effect.

“It awakens other people’s creativity,” said Yeh. “We all have that power potential and that is really what my work and the film is, that we all have the power to change our surroundings, our own lives for a better, more harmonious future.” 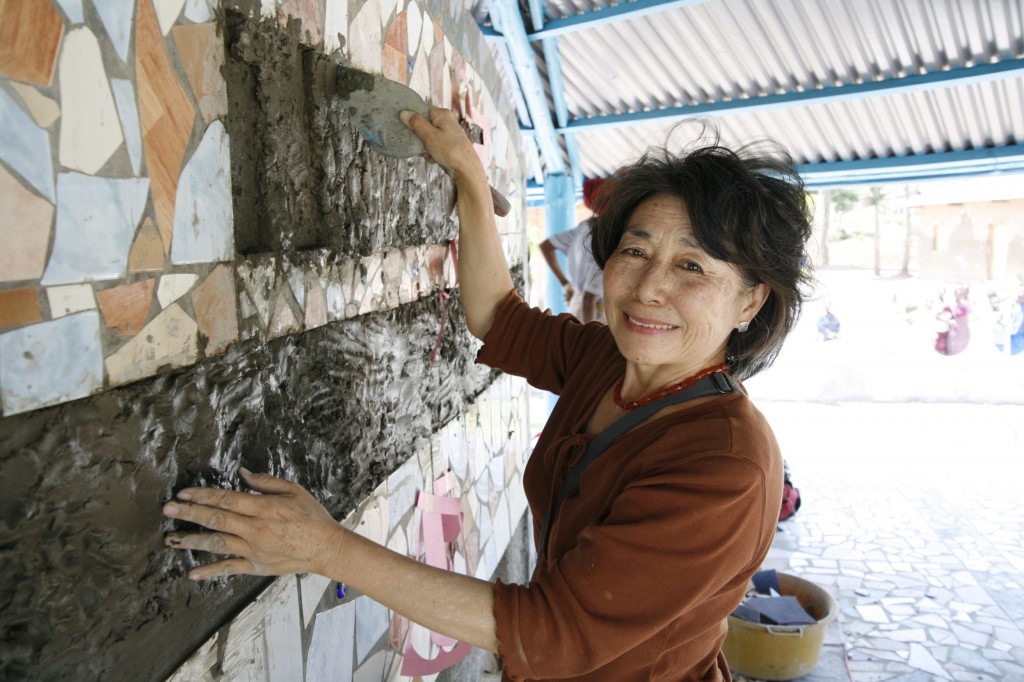 “In places [where] there is no action, frozen, no hope, complete darkness. What do you do?” said Yeh. “For an artist, you bring color and then you work with children. You put paints on paper, you paint on the wall. Then immediately, color brings joy, action brings possibility. Action motivates. When people make things together, immediately they see transformation and that’s a wonderful community building tool.” Photo courtesy of Paladin

The filmmakers point out that Yeh’s community art inspires people in much the same way that her family story has held a mirror up to people’s own family histories.

“I’m hoping that people are inspired like I was by this terrific, creative force … but the fearlessness is what I admire most,” said Holsten. “She went head on into the family situation. We all have family skeletons, but how many of us open the closet and face them. Rather than live with a feeling of guilt or remorse, she decided to do something about it and that’s one thing that I admire greatly.”

It’s Yeh’s fearlessness coupled with her sense of humor — an innate understanding of how to talk to people — that Hosten says is essential to her impact.

“I think she’s a gifted artist, she’s also a very talented human and knows how to make connections with people. She’s not very big, she’s not very intimidating, and all those things come to play when she enters a new place, not knowing what’s ahead of her,” said Holsten. “I’ve watch her make people laugh and suddenly their comfortable and then suddenly their painting and this whole process starts.”

“The Barefoot Artist” opens tonight at the IFC Center in New York City, where it will show until Dec. 11. The documentary will then be screened at Laemmle NOHO7 in Los Angeles. from Dec. 18 to 24.

Left: "The Barefoot Artist," by Daniel Traub and Glenn Holsten, documents the life and work of Lily Yeh. Yeh emigrated from China to the United States and uses her art to uplift communities around the world. Photo courtesy of Paladin