In her unromantic memoir, Sonic Youth’s Kim Gordon leaves her breakups behind

At Sonic Youth’s final show in Sao Paulo, Brazil, in 2011, bassist Kim Gordon shared the stage with her then-husband Thurston Moore. Details of their separation had begun to surface before their South American tour.

Two days earlier when the band was in Uruguay, Gordon was too upset to sing duet with Moore on their early song “Cotton Crown.” The opening lines detail an undying love.

Love has come to stay in all the way. It’s gonna stay forever and every day, the song went.

In front of the rain-soaked crowd in Brazil, the band played through a set list cherry-picked from their storied discography, including from the 1988 album “Daydream Nation.” Sonic Youth’s dissonant sound had emerged in the Reagan-era, expanding definitions of what indie rock could sound like. Sonic Youth had also helped bands like Nirvana gain a wider audience.

When the show ended, Sonic Youth ceased to exist. And so did her 27-year marriage to Moore.

“Marriage is a long conversation, someone once said, and maybe so is a rock band’s life,” Gordon wrote in her memoir, “Girl in a Band,” available today. “A few minutes later, both were done.”

This excerpt was taken from the audio edition of “Girl in a Band” and provided by HarperCollins.

News of the couple’s divorce sent reverberations of disappointment among a generation of listeners who found comfort in Sonic Youth’s music. In her memoir, Gordon, now 61, calls the dissolution of her marriage the “most conventional story ever.” That said, she is cognizant of, and understands, the reactions.

“I felt that way when Neil Young and Pegi [Young] broke up,” Gordon told the NewsHour. “It’s like a little part of your heart goes.” The Youngs parted after 36 years of marriage in 2014.

“You feel like you know them. Nobody wants anything to change,” Gordon said. 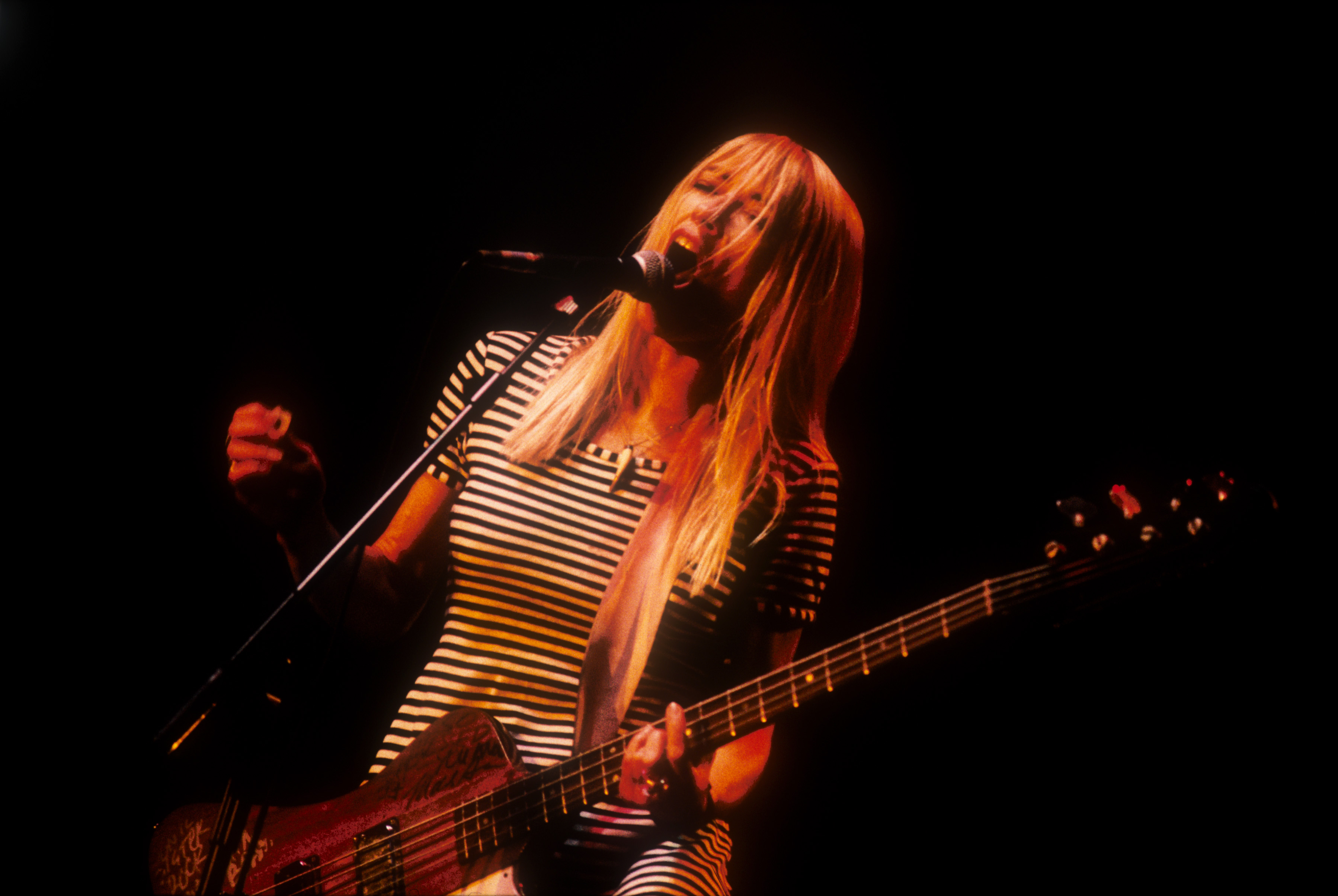 The memoir is front-loaded with the final moments of her marriage, in what appears to be a bit of narrative throat-clearing.

“It’s kind of like, ‘Let’s close a chapter on that,'” Gordon said. “I also knew that’s what people wanted to hear.”

Gordon also said she told the most minimal version of the story. “It was just part of my story,” she said, to “figure out where I am in my life now.”

In addition to a decades-long music career, Gordon created the X-Girl clothing label and had small roles as an actor in, most recently, “Gossip Girl” and “Girls.” Although she says she just dabbled in these creative pursuits, they secure her continuous connection to the art world.

Gordon moved to New York in 1980. “Back then, noise was an insult, a derogatory word, the most scornful word you could throw at music,” Gordon said in her memoir.

Soon enough, she met Moore, a guitarist, who Gordon said wanted to redefine what a “noise band” meant for audiences. Their first full-length album, “Confusion Is Sex,” was released in 1982.

“It was just kind of weird making this music,” Gordon said. “We weren’t really sure where this was going.” Gordon and Moore married in 1984, and as Sonic Youth flirted with breaking into the mainstream, they had a daughter, Coco, who joined them on tours.

However, the heightened visibility of the band made Gordon — who calls herself a “lowercase rock star” — uneasy, especially when British journalists kept asking her, “What’s it like to be a girl in a band?”

On stage, “I wasn’t conscious of being a woman, and over the years I can honestly say I almost never think of ‘girliness,'” Gordon wrote. “There was a popular look at the time — the vintage dress, the makeup — that just wasn’t me.”

Left: Kim Gordon, 61, is a co-founder and bassist of the defunct indie rock band Sonic Youth. Photo by Alisa Smirnova via HarperCollins