In his new novel, Elliot Ackerman wants to humanize the Syrian conflict

Elliot Ackerman is a former Marine who served in Iraq and in Afghanistan. He’s also a journalist who has reported on Syrian Civil war and the border between Syria and Turkey. That border zone is the setting of his new novel, “Dark at the Crossing,” an intimate story that follows three characters: an Iraqi American who wants to go fight in Syria, and a husband and wife, both Syrian refugees, who lost their daughter in the revolution. 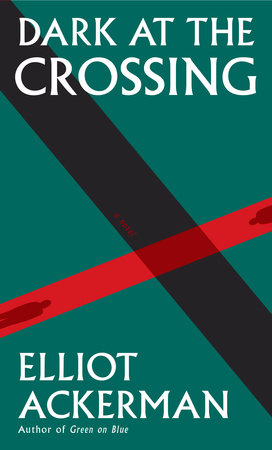 “When we look at a lot of these political issues, whether it’s what’s going on in Afghanistan or the wars in Syria [and] the wars in Iraq – I mean they’re incredibly complex. And in some ways almost impenetrable,” said Ackerman. “I think one of the great things you can do with story, and particularly with the novel and character, is you can take a lot of these themes that are central to what’s going on in the world but really distill them down into a single narrative… and maybe make [you] feel a little bit of what someone on the Syrian border is feeling.”

Watch that full interview with Ackerman in the player below.

Left: Turkish army tanks and military personnel are seen Aug. 25, 2016 while stationed in Karkamis, on the Turkish-Syrian border in the southeastern Gaziantep province of Turkey. The border zone is the setting of Elliot Ackerman's new novel, "Dark at the Crossing." Credit: REUTERS/Umit Bektas.