Inside ‘La La Land’s’ ‘Audition,’ and what it takes to compose an Oscar-nominated song

How much work goes into a best original song or score?  “La La Land” composer Justin Hurwitz, who received Oscar nominations for both original score and two original songs this morning, and already won both prizes at the Golden Globes, said it required years of work at pianos and synthesizers, and the creation of hundreds, if not thousands, of piano demos.

“For each theme or melody, I go down a lot of roads, and go through many different demos,” he told the NewsHour, often sitting at the piano from the moment he woke up until he went to bed, which in the final polish of the score often meant four in the morning. “I sit there until I feel like I have something very good. Then I record it, email it to Damien [Chazelle, La La La Land’s director], and if he says no, I keep going… and going.”

Such was the process for most of Hurwitz’s songs in the romantic breakout musical, which tells the love story of Mia (Emma Stone), an aspiring actress, and Sebastian (Ryan Gosling), a jazz pianist who wants to open his own jazz club. In the end, Hurwitz had pulled 1,900 demos into his iTunes library for the film, each with many variations.

“I connected very much to [Mia’s] character in the story… because of so many years of not being able to get this movie made.”

One song that went through multiple melodies was “Audition (The Fools Who Dream),” which was today nominated for an Oscar for best original song.

In the film, Mia sings “Audition” for her last audition before giving up her acting dream altogether. The song tells the story of how her aunt, who introduced Mia to Hollywood films, was herself a dreamer, having once jumped brazenly into the river Seine.

Hurwitz said he began composing “Audition,” back in 2011, after Chazelle had finished the screenplay for “La La Land.” But the musical stalled for years,  as it struggled to get studio funding for a genre considered nearly extinct. When it was finally picked up in 2014, Chazelle sent Hurwitz back to the drawing board with several songs — “Audition” included. This time, the melody for “Audition” came to him quickly, something he said never happens.

“I think because it had been percolating for so long, and because by that point I had such a connection to the story,” he said. “I connected very much to [Mia’s] character in the story… and the idea of being frustrated and not being able to do what you can do, and make what you want to make, because of so many years of not being able to get this movie made.” 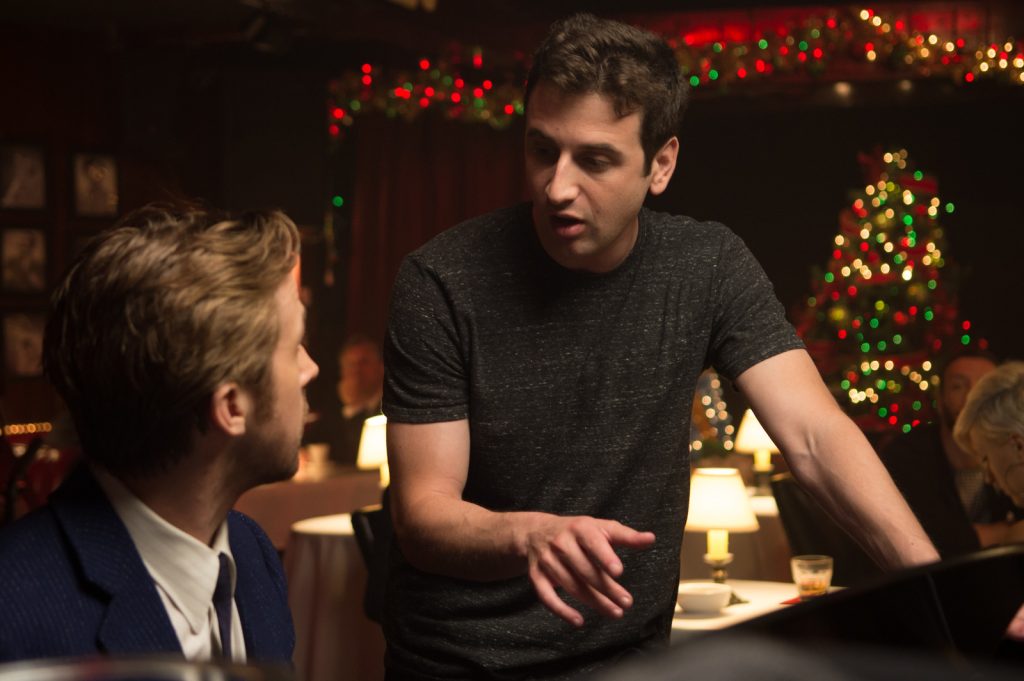 As Hurwitz composed what would become the final version of “Audition,” he thought carefully about the shape of the scene, which begins with Mia telling the casting agents about her aunt, and then transitions to a tribute to all dreamers. The second stanza of the song begins: “She smiled / Leapt, without looking / And She tumbled into the Seine!” while the third starts very differently: “Here’s to the ones / who dream / Foolish, as they may seem.”

“It switches from ‘she’ to ‘we,’ and I thought that was a brilliant and beautiful switch in the lyrics,” said Hurwitz, which he wanted reflected in the larger shape of the song. And so the song “starts smaller, then it swells and becomes anthemic,” he said. “By the final chorus Mia is belting it.”

The song closes with Mia singing quietly as she did at the start.

Once Hurwitz had finally finished a piano demo he and Chazelle were happy with, he gave it to lyricists Benj Pasek and Justin Paul. After the lyrics were written, Hurwitz orchestrated it. The vocals were recorded live on set to just a piano track, without orchestration, while Hurwitz played piano as Stone sang. The orchestration was recorded in post production.

Listen to the demo, see the orchestration, and hear final version of the song, below.