HARTFORD, Conn. — The chief investigator for a Boston museum still working to recover $500 million worth of art stolen in 1990 said Thursday he was hoping for new leads to emerge following the death of a highly scrutinized figure in the case.

A Connecticut mobster who died last week, Robert Gentile, had long been suspected of possessing at one time some of the pieces taken from the Isabella Stewart Gardner Museum in history’s largest art heist. He denied having any role or knowledge of the paintings’ location up until the end of his life.

But Anthony Amore, who is also the museum’s security director, said investigators had not been focused entirely on Gentile.

“One interesting thing is when masterpieces like these are stolen they are often recovered and oftentimes it happens a generation or two after the heist,” Amore said in an interview. “And sometimes that’s because somebody passes away or relationships become estranged. And perhaps with Mr. Gentile’s passing, someone will feel liberated to speak about what they know. That’s conjecture. That’s hopeful talk.”

Acting U.S. Attorney for Massachusetts Nathaniel Mendell said his office is encouraging anyone with information to contact the FBI.

The museum, which is offering a $10 million reward for information leading to the artwork’s recovery, is conducting its investigation alongside and in partnership with the FBI, Amore said. 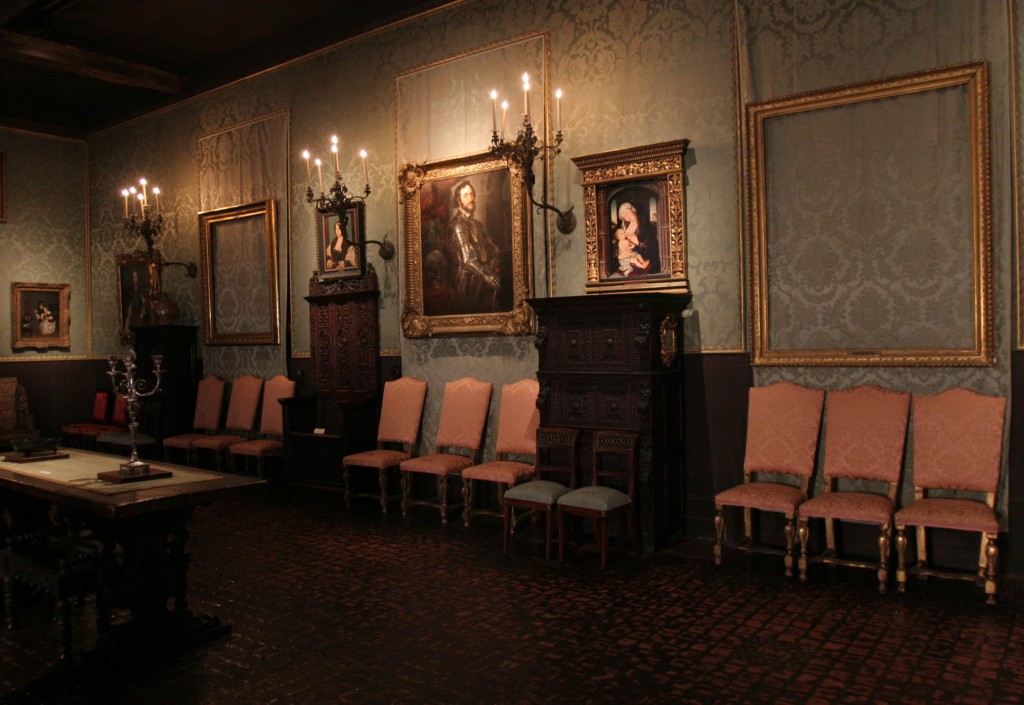 On March 18, 1990, 13 pieces of art were stolen from the Isabella Stewart Gardner Museum. In this photo, taken in the Dutch Room of the museum, two empty frames indicate that the stolen works have never been returned. On the left was “A Lady and Gentleman in Black” and on the right “The Storm on the Sea of Galilee,” both by Rembrandt. Photo by Janet Knott/The Boston Globe via Getty Images

On March 18, 1990, two men masquerading as Boston police officers got into the museum by telling a security guard they were responding to a report of a disturbance, according to authorities. The guard and a co-worker were handcuffed and locked in the basement while the thieves made off with the 13 pieces of art.

The missing pieces include Rembrandt’s only known seascape, “Christ in the Storm on the Sea of Galilee,” and Vermeer’s “The Concert,” one of fewer than 40 known paintings by the 17th-century Dutch painter.

Federal authorities described Gentile as a person of interest, saying he talked about the stolen paintings with fellow prisoners and once told an undercover FBI agent he had access to two of the paintings and could negotiate the sale of each for $500,000. His home outside Hartford was searched several times by federal agents, and he served several years in prison after they found firearms he was prohibited from owning as a convicted felon.

“To me I thought if he really did know or have information about the paintings that he would have given that up before he passed away, particularly considering the reward was now up to $10 million,” Fisher said. “If the theory was that he had access to paintings, he had every opportunity to come forward when he was in prison and out of prison and very ill.”

A spokesperson for the FBI in Boston, Kristen Setera, said its investigation remains active. “We vigorously investigate every tip we receive,” Setera said.

Left: In this 1996 photo, Rembrandt's "The Storm on the Sea of Galilee," is just a framed section of fabric wall covering as these two visitors to the Gardner Museum observed. This was one of the paintings stolen in a mysterious heist that is yet unsolved. Photo by John Tlumacki/The Boston Globe via Getty Images

How artist Roberto Lugo is upending porcelain traditions with his personal, cultural roots