Life after water on the Iran-Afghanistan border

In Iran, a seven-year drought has left it scrambling for water sources. The New York Times reported in December on other factors contributing to the water crisis, including inefficient irrigation methods and a dam system that has recently directed water away from areas where it used to be plentiful. And as Iran’s groundwater supply dwindles — 70 percent of it has been used in the past 50 years — conditions are growing more dire by the month.

Barchian, who is based in Gorgan, Iran, first traveled to photograph the Hamoun Lake region two years ago for his series “Living With Dry Hope.” Located near the country’s eastern border with Afghanistan, the area once held Iran’s third-largest lake and a thriving ecosystem of interconnected wetlands.

Now, drought has robbed the area’s residents of their livelihoods, and those that have not yet left are scrambling to survive. Barchian said he wanted to document this crisis on an individual level. “Many people lost their home, family and live in very bad situation,” he said in an email. “They had everything and now … they don’t have anything. I try to show their life and hope first people see and think about life without water.”

See more of Barchian’s work on the series below. 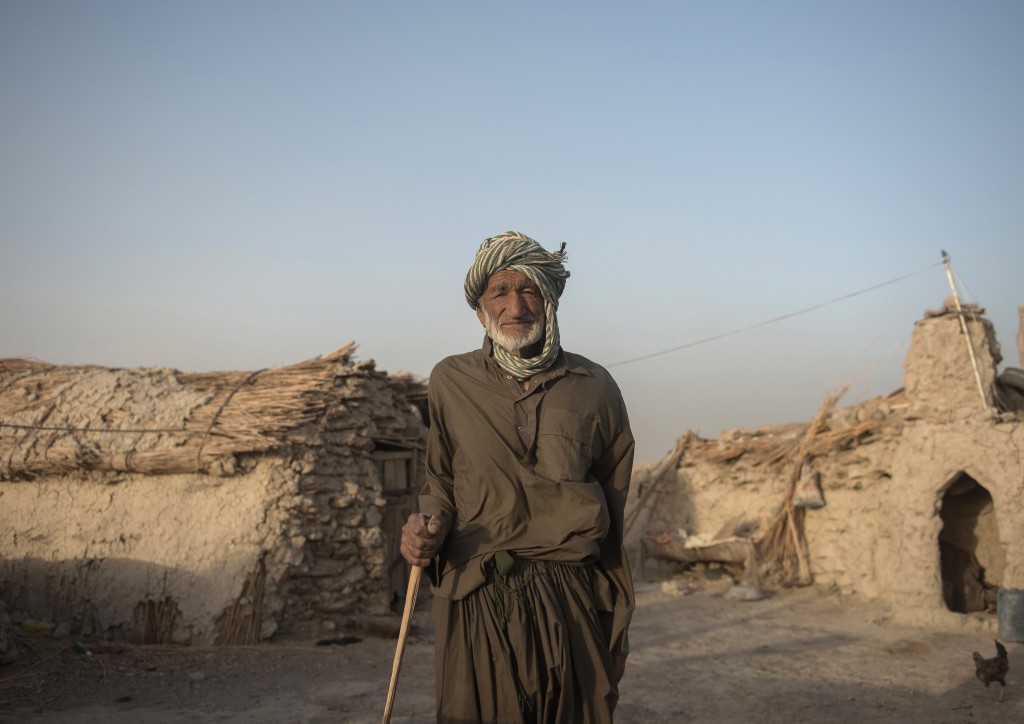 400,000 people live around Hamoon dry lake on the Iranian shore. In summer, the temperature often exceeds 50 degrees Celsius. There used to be water in the lake, replenished by the Hirmand River. Photo by Mahdi Barchian 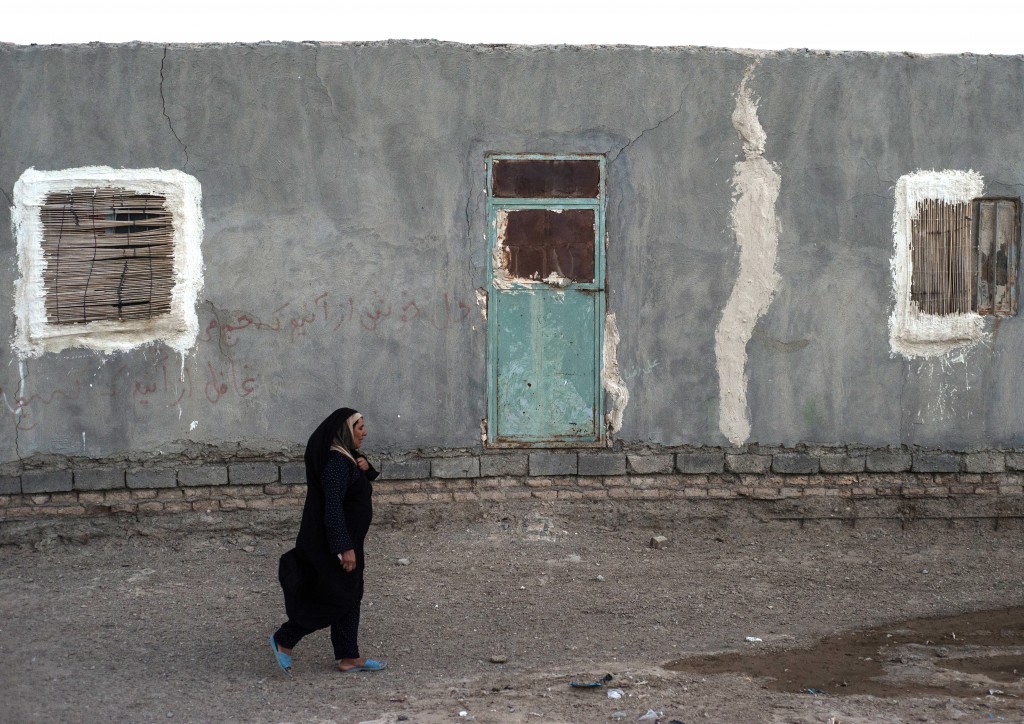 The temperature is unbearably hot. Before, when the lake had water, the wind would work like a natural air conditioning unit for the villages, blowing through the windows. Now however, the wind is hot and carries sand with it everywhere. Consequently, the villagers have boarded everything up. Photo by Mahdi Barchian 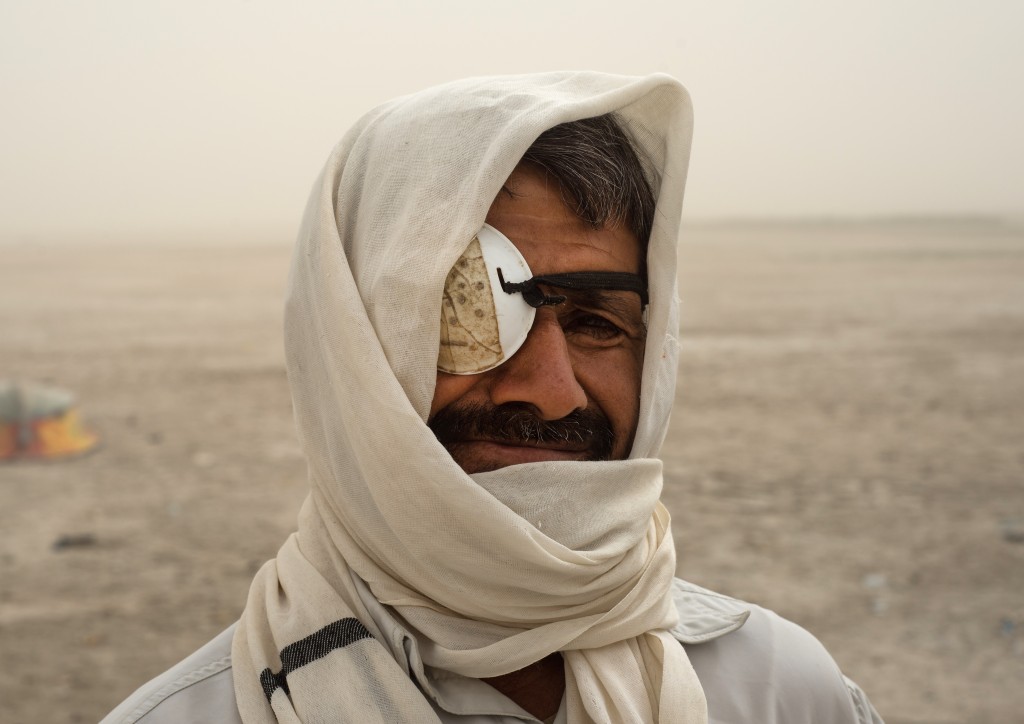 The sand storms lead to lots of eye problems. The people, unable to afford a doctor, try their best to cure themselves with simple remedies. Photo by Mahdi Barchian 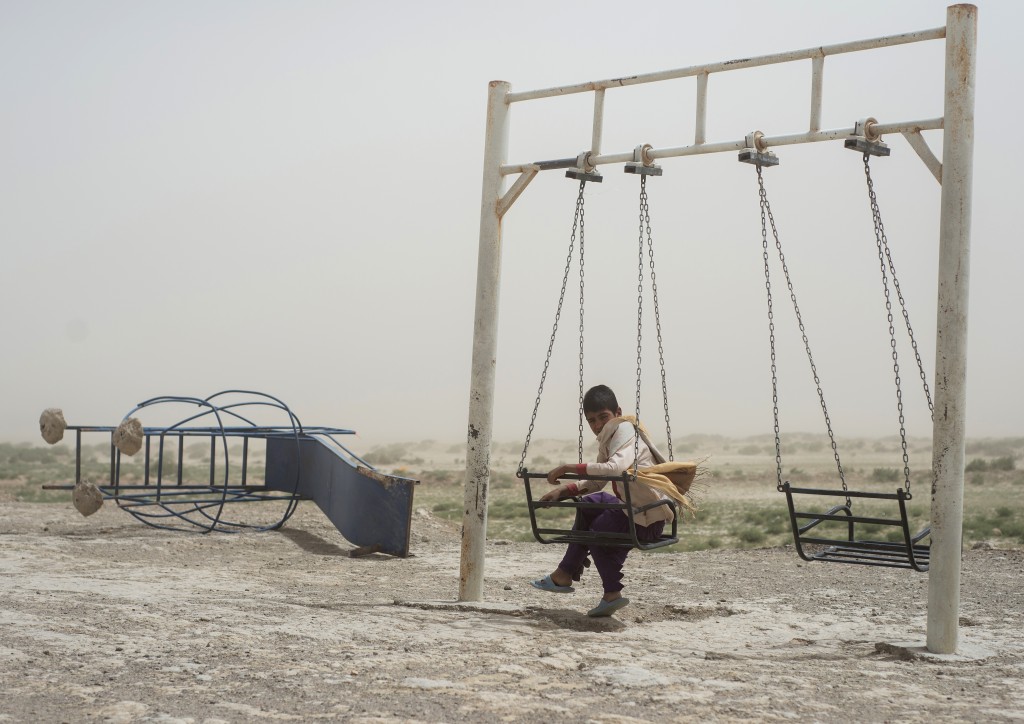 Many families have a lot of children. Now that the lake is dry, the inhabitants of towns like Moladadi are impoverished and can no longer send their children to school. They will be forced to leave their ancestral homes behind in order to find work in cities in which they are not welcome. Photo by Mahdi Barchian 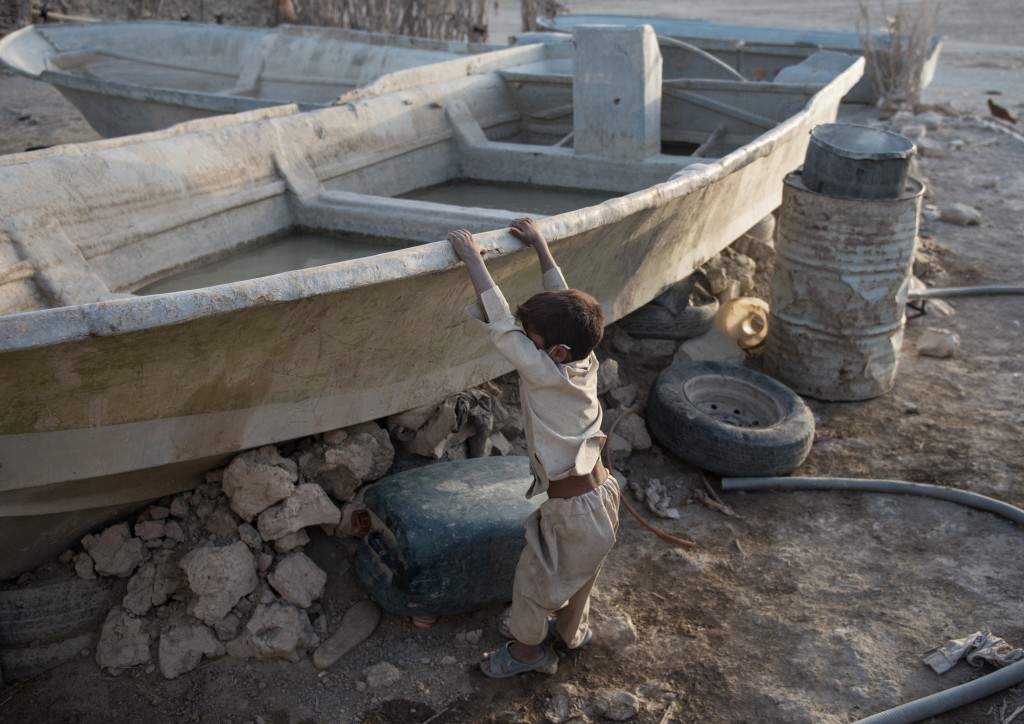 Without water, the fishermen have converted their boats into water tanks. Photo by Mahdi Barchian

Left: In Siasar, people have to walk half a kilometer from the village in order to “use the restroom.” This is to keep flies, which are attracted by human waste, out of the village. Photo by Mahdi Barchian