A blond figure emerges from a coffin, the appearance punctuated by jump cuts, eye rolls and fluttering gestures. The curls of a blond wig hang low against the eyebrows. The film is grainy, the music is campy. Within moments, the vampire-queen will feed on an unconscious figure lying on the floor. It’s a brief scene in Jack Smith’s “Flaming Creatures,” the notorious film that first brought him national attention.

Though he was largely unknown in his lifetime, and impoverished until his death, Smith’s body of multimedia work — photographs, performances and films — has been enormously influential, inspiring figures like Andy Warhol, Cindy Sherman, John Waters and others. After his death from AIDS-related causes in 1989, Smith’s work was preserved by artists Penny Arcade and J Hoberman but generated little excitement within the art world. In recent years, though, interest in Smith has increased, with a PS1 exhibit, traveling shows and a documentary, “Jack Smith and the Destruction of Atlantis.”

A retrospective at the Museum of Modern Art in New York features 11 newly-preserved prints of Smith’s work, which were recently acquired by MoMA as part of its film preservation festival, “To Save and Project.” The films are shown as originally intended: on celluloid and in a movie theater.

Smith moved to New York in the mid-1950s and became active in the city’s underground filmmaking community, where he began shooting 8mm films. Soon after he started creating films inspired by the B-movies that he loved. He built his own sets, using plaster and tinsel and a heavy dose of kitsch and decadence. Unconcerned with tidy narratives or story boards, Smith attempted to create a world that drew on the exoticized glamor that characterized the movies of Maria Montez, a Dominican-born actress who appeared in films like “Ali Baba and the Forty Thieves,” “Arabian Nights” and “Cobra Woman.” Montez’s movies were panned by critics, but their lavish drama, costumes, sets and exaggerated sense of performance appealed to Smith.

“I think he was also particularly interested in the idea of artifice,” says Joshua Siegel, an associate curator at MoMA who organized the retrospective. “I think he loved what we may consider bad acting, like Maria Montez, but she represented the apotheosis of what he considered genuine.” Several of Smith’s films starred Mario Montez, a drag performer and Warhol Factory star who adopted the name in an homage to Smith’s muse. He introduced several of the films at MoMA.

In his essay, “The Perfect Queer Appositness of Jack Smith,” filmmaker Jerry Tartaglia, who knew Smith, points out that “Smith’s obsession with Maria Montez as a movie diva was neither an isolated condition nor was it unique. Her films do enjoy a cult following even today, especially among gay men who came of age before and during the Stonewall era.” Many of Smith’s movies reference the Orientalism of these films; Smith appears in kafiyahs wrapped around his head like Rudolph Valentino, and “Flaming Creatures” is set in the court of Ali Baba. 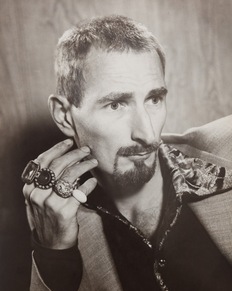 Smith’s filmmaking process itself was both spontaneous and plotted. “It was a strange combination of wild improvisation and directorial control, and a kind of calm certainty on Jack Smith’s part,” Siegel says. Smith shot “Flaming Creatures” on the roof of the Windsor Hotel, gathering performers on the weekends when no one had to work their day jobs. The movie employed few props but involved some impressive staging, with Smith shooting from an overhead ladder. He dropped plaster on the group when it suited him, creating a filmy, otherworldly effect on tape.

“It’s easy to call Jack Smith’s films campy, but the fact is that there’s a real pathos or a beauty at the heart of it,” Siegel says. “He loved the idea of… mistakes, flubbed lines. The idea of plaster snapping off on the set, or a fake eyelash flying off. Because that somehow was more genuine and poignant to him than any sort of identification with the role that you find with method acting.”

That embrace of mistakes was technical as well. One movie, “Scotch Tape,” got its name after a piece of tape got stuck in the film gate, showing up in the movie. It was shot on a camera borrowed from the filmmaker Ken Jacobs, one of many famous collaborators.

“He was really part of this milieu that was trying to break out of any notion of convention, and they did it when they were dirt poor,” Siegel says. “It is one of the great ironies, maybe even tragic ironies, that Jack Smith today is so coveted because at the time I think none of these artists were given the respect they were due.”

Smith used cheap, outdated color-reversal film, sometimes draping lace over the lens, to shoot movies that had a gauzy, often layered quality. This world was populated with “his creatures,” androgynous, marginalized characters, very often cross-dressing, who emulated the gestures of old film stars while improvising wildly in an environment of their own creation. They were sexually brazen, which Siegel says both was and wasn’t the point.

“Of course there was this polymorphous sexuality, but I don’t think he did it to be simply provocative,” Siegel says.

In “Flaming Creatures,” writhing bodies entangle on the floor, and it’s difficult to distinguish one from another. An orgiastic rape scene, which, in addition to showing partial nudity, helped propel the movie to notorious renown. The New York City police seized the film at its premiere in 1963, and it was subsequently banned in 22 states and four countries. Several notable critics publicly defended the film. Jonas Mekas penned a celebratory review of the movie and screened it around the country. Susan Sontag referred to the film in her essay, “Notes on Camp.”

But Smith felt that Mekas was exploiting the movie to a self-serving end, and felt that for all their bravado and verbosity, the essays had overlooked the film’s humor. “The first audiences were laughing all the way through,” he later said. “But then that writing started — and it became a sex thing … [and] there was dead silence in the auditorium.”

“The screenings of ‘Flaming Creatures’ were a nightmare,” Siegel says, describing the heavy surveillance of the theaters and the personal disruption that the courtroom dramas created. They also created a problem for contemporary preservationists, since the courts had confiscated original copies of the film. Other films had been lost for less political reasons. “Prints have a way of disappearing,” Siegel says.

“Very often films were in flux, and [were] often being edited or used for various purposes,” Siegel says. “Many of his films are still considered unfinished or fragmentary. It made it challenging for preservationists to try to piece all of it together.” Tartaglia began restoring the films in the 1990s.

Siegel points out that without the intervention of Arcade and Hoberman, much of Smith’s work would have been lost. The two formed the Plaster Foundation, dipping into their pockets to preserve his films and photographs. After a protracted custody battle with Smith’s sister, the work is now represented by the Gladstone Gallery.