Kevin Spacey on the reality of Frank Underwood, singing and Jack Lemmon

Kevin Spacey talks to senior correspondent Jeffrey Brown about preparing to play Frank Underwood on “House of Cards” and the reality of his depiction.

On Sept. 29, two-time Academy Award winner Kevin Spacey sang at the Shakespeare Theater Company‘s Sidney Harmon Hall in Washington, D.C. The one-night benefit concert supported the Kevin Spacey Foundation, the actor’s non-profit for arts education. Backed by a 40-piece orchestra, he performed songs from the likes of Sinatra, Simon and Garfunkel and Billy Joel for a sold out audience of just under 800 people. 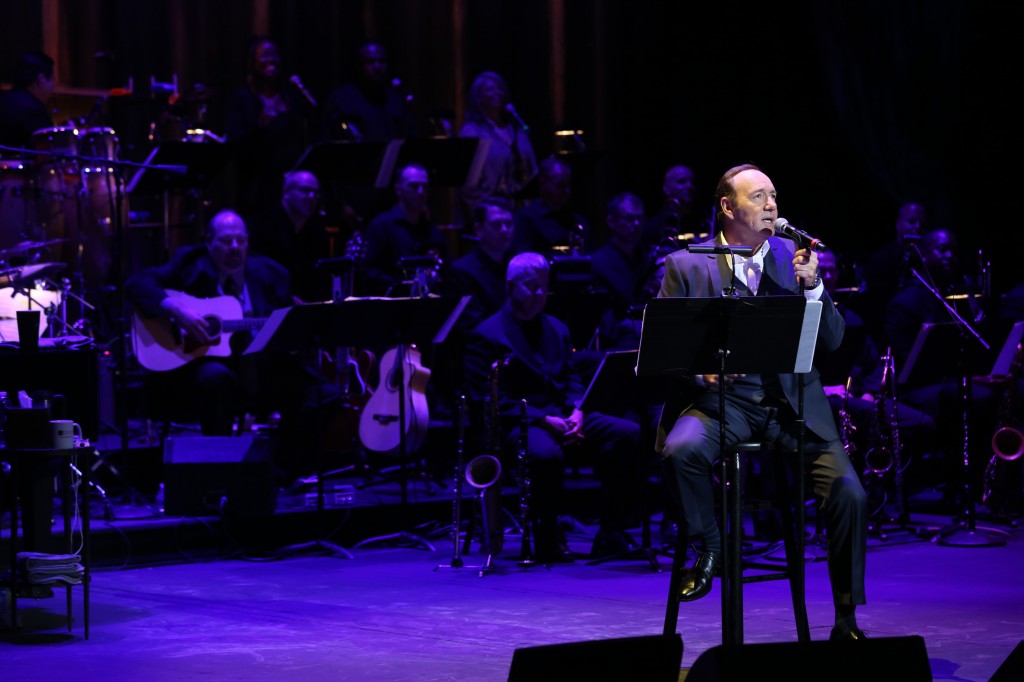 The day before, Spacey sat down with senior correspondent Jeffrey Brown just before rehearsing for his big night. The actor talked about arts education, his love of singing, meeting Jack Lemmon, and, of course, the Netflix original series “House of Cards.”

Watch Thursday’s broadcast of the PBS NewsHour to see Jeff’s report on the benefit concert. You can stream the broadcast on our Ustream Channel at 6 p.m. EDT or check your local listing.

Also, check back on Art Beat Thursday for the full 18-minute interview.

In the meantime, enjoy these snippets:

Kevin Spacey was happy to turn his benefit event into a concert. The actor is a big fan of singing, “its like strapping yourself to a locomotive and I love it.”

Spacey remembers meeting, at the age of 13, the legendary American actor Jack Lemmon, Spacey’s idol who later became his mentor and set the “House of Cards” star on his professional path.