From 9 a.m. to 9 p.m. EDT today, Seattle-based KEXP is live on the airwaves with everything you ever wanted to know about the Beastie Boys’ album “Paul’s Boutique.”

KEXP will break down the history and composition of the 1989 classic with exclusive interviews, bonus tracks and insights from the album’s co-producers John King and Mike Simpson along with the Beastie Boys themselves. Included in the rotation will also be each song that the band sampled in the album. Spoken word artist Lightin’ Rod, the score from Alfred Hitchcock’s “Psycho” and the Eagles will also make an appearance, according to KEXP’s website.

“Paul’s Boutique” came out at a time when the Beastie Boys were viewed as “juvenile, fluke-y white rappers” who gave off a “frat boy” vibe, largely due to the huge commercial success of the band’s first hit, “(You Gotta) Fight For Your Right (To Party),” according to KEXP.

The album’s commercial failure caused an upheaval at Capitol Records, reportedly leading to the firing of David Berman, Capitol’s president at the time. “As the legend has it, somebody who had firing power over [Berman] said, ‘We’re the laughingstock of the music business because we signed the Beastie Boys,'” Tim Carr, who was an A&R executive at Capitol at the time, told SPIN. 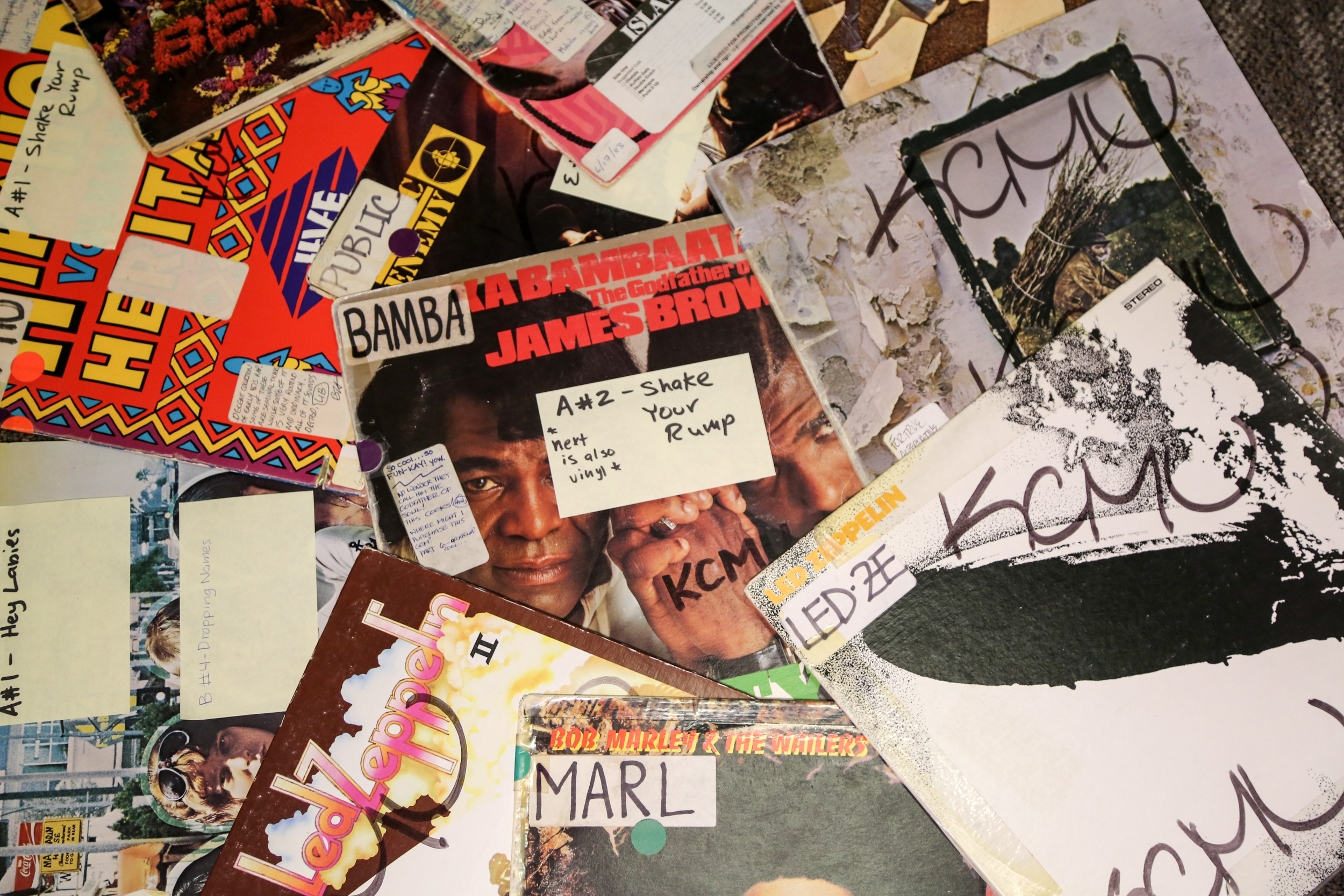 The DJs at KEXP gathered vinyl to be played during Friday “Inside Paul’s Boutique” program, running through every song sampled on the Beastie Boys 1989 masterpiece. Photo provided by KEXP

But the album’s sample-heavy style, with influences from multiple artists and genres, gave it staying power and makes it perfect for a deep analysis, John Richards, host of KEXP’s The Morning Show, said. “The organic and eclectic composition of Paul’s Boutique perfectly mirrors the KEXP programming philosophy and our emphasis on digging deep into music of all eras and genres, and the Beasties are one of the best-loved bands in the KEXP community.”