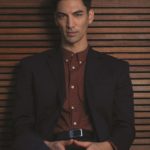 How living in China showed me what the U.S. looks like to other people

Our August 2020 pick for the PBS NewsHour-New York Times book club is Daniel Nieh’s “Beijing Payback.” Become a member of the Now Read This book club by joining our Facebook group, or by signing up to our newsletter. Learn more about the book club here.

Before I had the chance to see China in person, I knew little about the country of my paternal heritage. My father’s family fled from Shanghai to Hong Kong as refugees more than 30 years before I was born. I arrived in Beijing in 2004 as a student with a strong desire to immerse myself. I spent most of the following five years in China, living in Beijing and visiting more than half of the country’s provinces.

Everywhere I went, people were curious and kind. They wanted to talk, to take photos together, and to invite me into their homes. In addition to being proud of their own culture, they were extremely interested in the United States.

Nothing had prepared me for the presence of Americana in even the most remote parts of China.

Through these encounters, I not only learned a lot about China, but also gained insights into the place where I’d grown up. These insights were unexpected and, sometimes, they stung me. I had never realized how the United States looms like a colossus in the worldview of non-Americans, and nothing had prepared me for the presence of Americana in even the most remote parts of China. The long shadow that the United States casts in China became a central theme of my first novel, “Beijing Payback.”

During the 2008 Summer Olympics in Beijing, I worked as an interpreter for one of the principle sponsors: McDonald’s. It was my responsibility to escort the McDonald’s executive team from the airport to the Great Wall, the competition venues and Beijing’s sleekest restaurants. 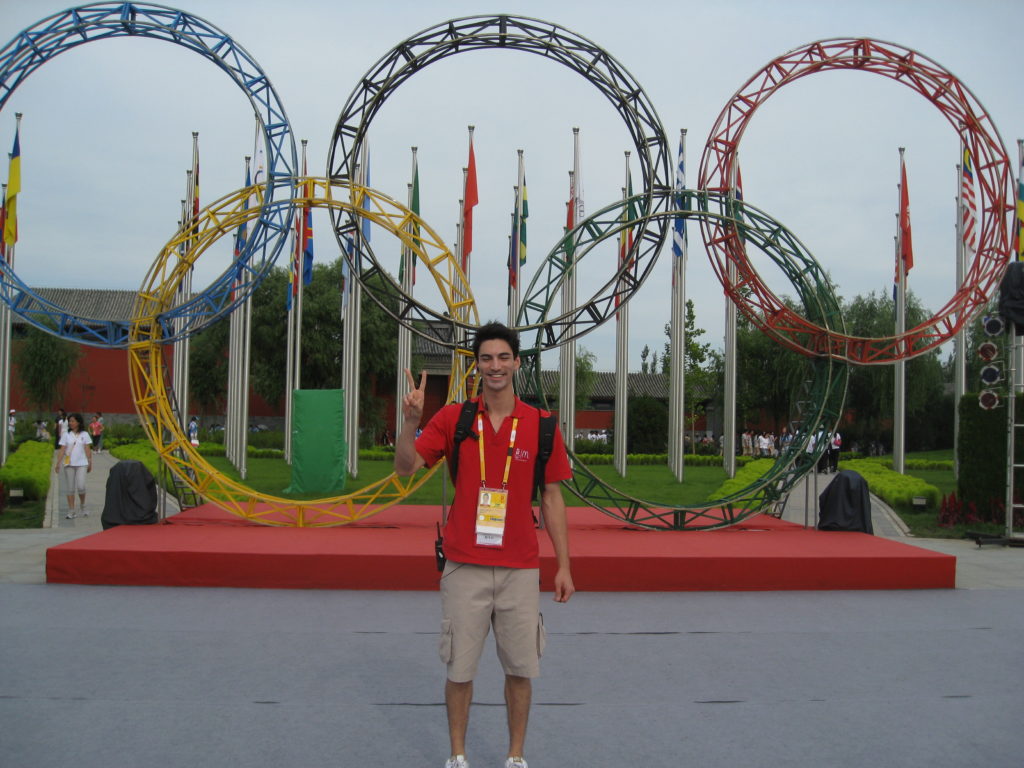 The Beijing Olympic Committee assigned us chauffeured Audi sedans that gave us access to a special Olympics-only freeway lane, which meant that the McDonald’s executives never experienced the capital’s notorious traffic.

For everybody else, the freeway was one lane narrower, making the gridlock that much worse.

At the time, I lived in a residential compound in the old hutong neighborhoods of Beijing. All of my neighbors shared the same perspective on the Games: It’s a show we’re putting on for the rest of the world.

Many Beijingers were proud to be putting on this show. The Olympic Committee advertised 100,000 volunteer positions and received 400,000 applications. Our Audis were driven by some of these volunteers, and part of my job was liaising between these drivers and my clients. Their shifts changed over at 4 p.m., at which time they insisted on returning to their depot, even if that meant leaving the CEO of the world’s largest hamburger chain waiting around the velodrome for a ride back to the Grand Hyatt.

Tense arguments ensued. My manager made calls, and the drivers’ schedules were bent to our convenience. To placate them, I was given hundreds of dollars in McDonald’s coupons. Some of the drivers remained disgruntled. They didn’t want McDonald’s coupons. They wanted the free Chinese food that was served at the depot around 4 p.m. They were volunteering for Beijing, they told me—not working for Mcdonald’s! I felt trapped between irritating my employers and disrespecting the drivers, who were all elder than I. This was China’s great debutante party. Why were they being forced to pull overtime shifts, whisking American executives around in special lanes, while their fellow citizens sat in bumper-to-bumper traffic? 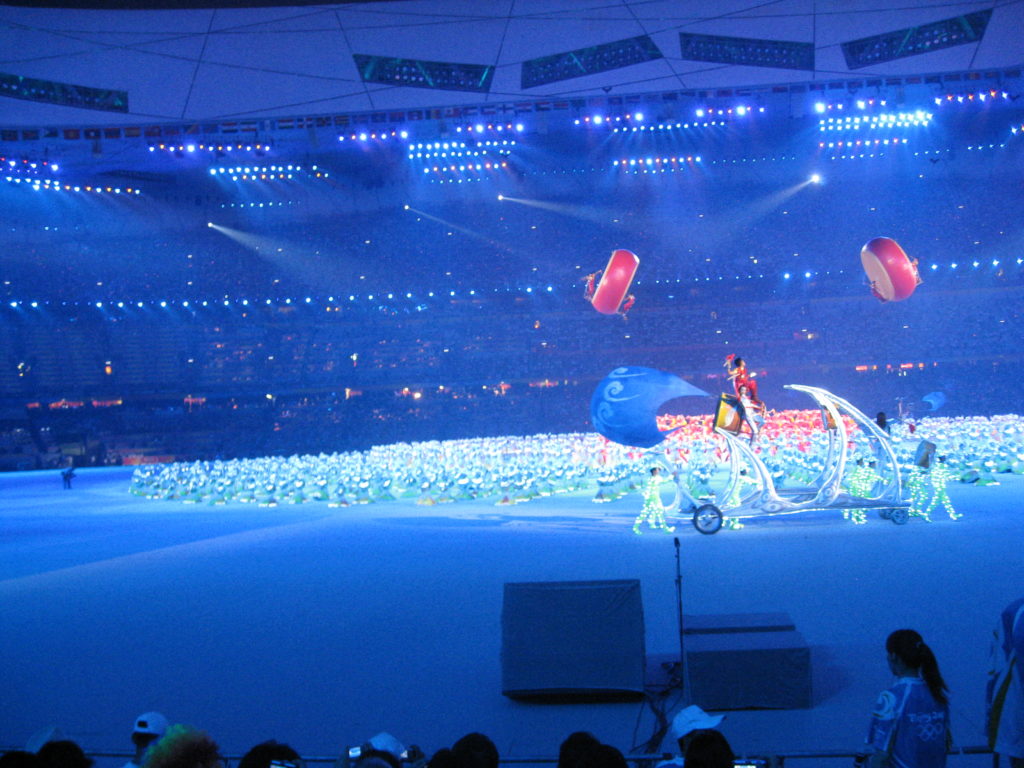 China’s slogan for the 2008 Olympics was同一个世界，同一个梦想: One World, One Dream. At the time, the people of Beijing made sacrifices in hopes that the Games would earn China the respect of other countries—particularly the United States. Today, U.S.-China relations have descended to a frosty new low, and I wonder whether the people of Beijing would be willing to make those sacrifices again.

My father came to the United States in 1962 to earn an undergraduate degree in engineering at Southern Methodist University in Dallas, Texas.

He’d learned most of what he knew about Texas from watching Westerns in Hong Kong movie theaters.

He’d learned most of what he knew about Texas from watching Westerns in Hong Kong movie theaters, and he was quickly disabused of the notion that everyone would be wearing cowboy hats and carrying guns.

“People were extremely friendly,” he told me. He’d been met with the same warm welcome in Dallas that I received in China more than 40 years later.

“Complete strangers would say ‘howdy’ to me when I was walking to class in the morning,” He said. “In Hong Kong, nobody addresses you in the street like that.”

He somehow ended up living in the football team’s dorm. Even so, the university assigned him a host family, who invited him into their home for his first Christmas and Thanksgiving. They also attended his graduation, where this priceless photograph was taken. 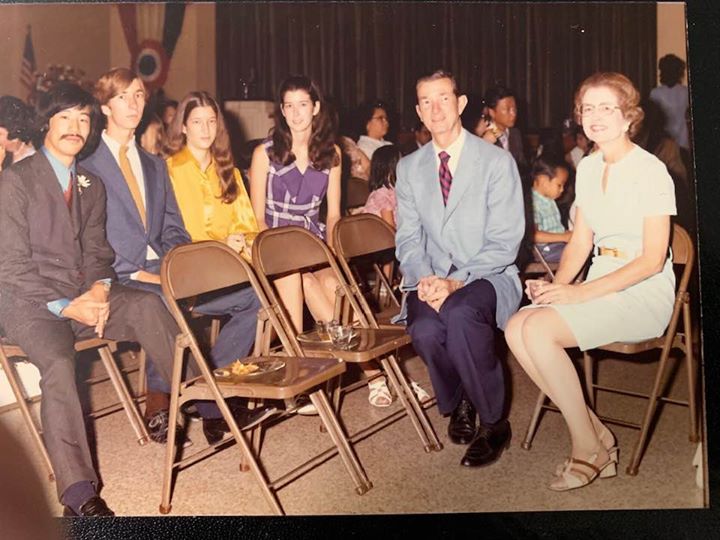 My father decided to remain in the United States for graduate school. He took up football himself and led the Stanford Chinese football club to victory over the Berkeley Chinese football club in their edition of the Big Game. He also took up folk dancing, a hobby that led him to my mother, a white Jewish grad student from Los Angeles. They traveled around the world together, tied the knot on Cyprus, and eventually settled down in Oregon.

They had three biological children and adopted a fourth, my sister Susie, who was born in Anhui province.

My father worked for Intel for 19 years, during which it became the world’s leading microchip maker. He’s nothing like the secretive, two-faced father whose murder is the plot catalyst of “Beijing Payback.” He’s 78 years old, long since retired. He’s spending the COVID-19 pandemic picking berries with a mask on and running up a win streak against me on Chess.com.

There is a feeling unavailable to people who were born in the United States: None of us can know what it’s like to come from a country that’s not the richest and most powerful country in the world. It can be difficult for us to understand what our homeland looks like to other peoples, to see the edges, heights, and shadows of something as big as America when we’re right up close.

Left: A man looks at his phone in Beijing. Photo by GREG BAKER/AFP via Getty Images