Leonard Cohen, whose songs on love, spirituality, human connection and mortality marked some of the most important moments in contemporary music, died Thursday at 82, his label Sony Records confirmed.

“My father passed away peacefully at his home in Los Angeles with the knowledge that he had completed what he felt was one of his greatest records. He was writing up until his last moments with his unique brand of humor,” Adam Cohen, his son, said.

A poet who had studied literature and released several books before his recording career, The New York Times called Cohen a “reluctant pop star,” even as he found increasing success with each subsequent album that followed this first in 1967.

“I had the title ‘poet,’ and maybe I was one for a while. Also, the title ‘singer’ was kindly accorded me, even though I could barely carry a tune,” Cohen told the NewsHour’s Jeffrey Brown in 2006.

Leonard Cohen was born in 1934 in Montreal and grew up in Westmount, Canada, the son of clothing store owner Nathan Cohen and Masha Klonitzsky, a nurse. He studied English at McGill University, where he released his first poetry collection, “Let Us Compare Mythologies,” in 1956. 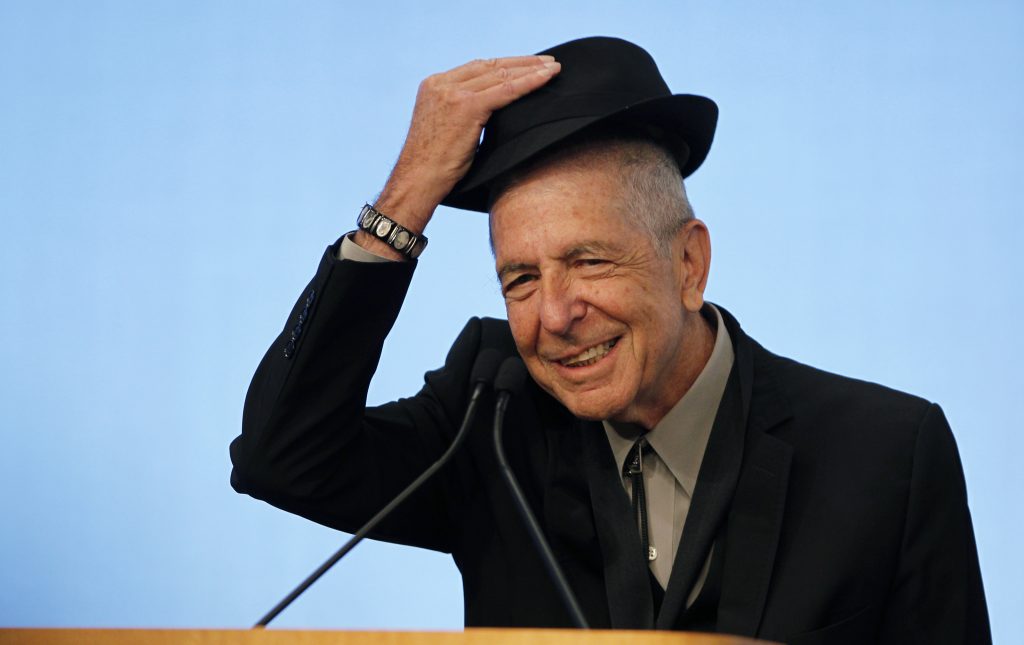 Musician Leonard Cohen tips his hat to the audience as he accepts the 2012 Awards for Song Lyrics of Literary Excellence, which was awarded to both he and Chuck Berry at the John F. Kennedy Presidential Library and Museum, in Boston, Massachusetts February 26, 2012. Photo by Jessica Rinaldi/Reuters

But he shied away from the term “poet,” he told Brown. “I never thought of myself as a poet, to tell you the truth. I always thought that poetry is the verdict that others give to a certain kind of writing. So to call yourself a poet is a kind of dangerous description. It’s for others; it’s for others to use.”

After moving to New York City, then back to Montreal and to London, he moved to Hydra, Greece, where he worked on the two novels “The Favorite Game” (1963) and “Beautiful Losers” (1966). With financial difficulties looming, he started writing songs, and his pieces “Suzanne” and “Dress Rehearsal Rag” soon appeared on Judy Collins’ album “In My Life.” He followed that release with songs for James Taylor, Willie Nelson and other successful folk musicians.

In spite of his reluctance to sing his own pieces, in 1967 he released “Songs of Leonard Cohen,” his first album, which included the songs “Sisters of Mercy,” “So Long Marianne” and “Hey, That’s No Way to Say Goodbye.”

His most famous piece, “Hallelujah,” was quietly released on Side 2 of “Various Positions” (1984), where “few people noticed [it]” for years, according to The New York Times. But after Jeff Buckley covered it for his 1994 LP “Grace,” it grew into a cultural force, with approximately 200 artists attempting their own covers — including Bob Dylan, Bon Jovi, Bono and Celine Dion — along with countless appearances of the song on films and TV shows.

The song’s ubiquity grew exhausting for Cohen, he told the Guardian in 2009. “I think it’s a good song, but too many people sing it,” he said.

In the mid-1990s, Cohen became a Buddhist monk at the Mt. Baldy Zen Center in California and stopped releasing music for years. He would start again with “Ten New Songs” (2001). 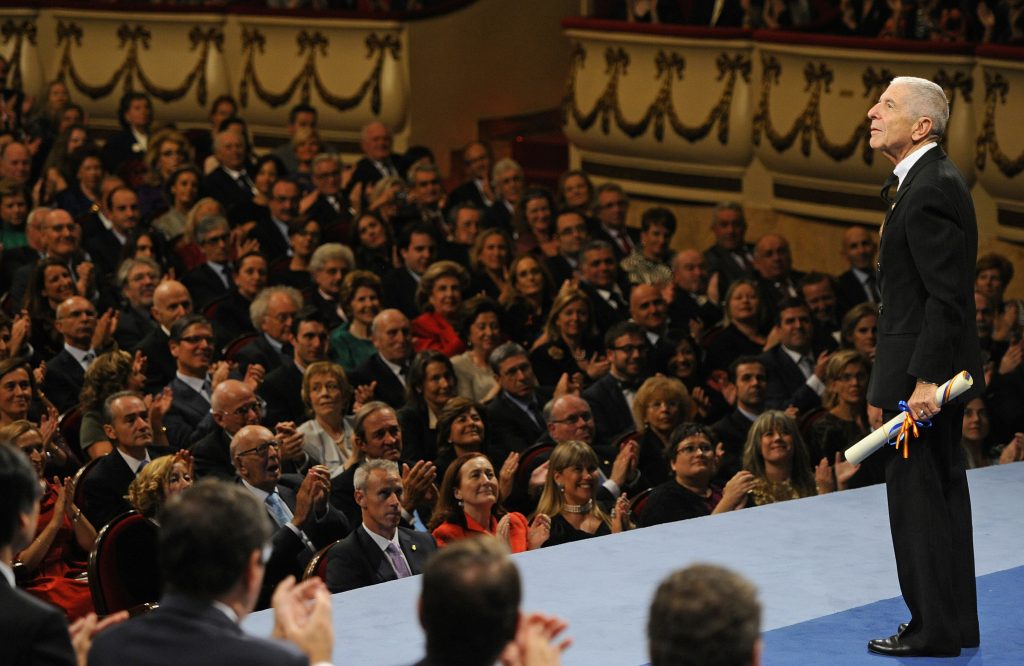 Canadian singer-songwriter Leonard Cohen acknowledges the audience after receiving the 2011 Prince of Asturias award for Letters from Spain’s Crown Prince Felipe during a ceremony at Campoamor theatre in Oviedo, northern Spain, October 21, 2011. Photo by Felix Ordonez/Reuters

In 2005, Cohen sued his former manager Kelley Lynch, alleging that she had stolen more than $5 million from him. A court ordered Lynch the next year to pay him $9.5 million, but he never received that money.

On the heels of that legal battle, he began a massive world tour in 2008, where he performed nearly 250 shows. That same year, the Rock and Roll Hall of Fame inducted him as “one of the few artists in the realm of popular music who can truly be called poets.”

He is survived by Adam and Lorca, two children from a relationship with artist Suzanne Elrod.

Cohen’s manager Robert Kory called him a “true visionary” in a statement.

“I was blessed to call him a friend, and for me to serve that bold artistic spirit firsthand, was a privilege and great gift,” Kory wrote. “He leaves behind a legacy of work that will bring insight, inspiration and healing for generations to come.”