His wife, Susan Bay Nimoy, confirmed reports of Nimoy’s death at his Los Angeles home, saying that he succumbed to end-stage chronic obstructive pulmonary disease, the New York Times reported. Last year, he attributed his declining health to his smoking habit, which he had successfully quit more than 30 years earlier.

For decades on both the “Star Trek” television series and movie franchise, Nimoy played the character of Mr. Spock, a half-Vulcan, half-human science officer who operated under a rigid adherence to logic and helped guide the crew of Starship Enterprise through the galaxy. It was a role that Trekkers, or devout “Star Trek” fans, came to adore. Nimoy won three Emmys for his work on Star Trek and established a life-long role as a science fiction icon.

“The show valued education, it valued teamwork, and it valued loyalty,” Nimoy told PBS’“Pioneers of Television” in 2010. [“Star Trek”] was forward-looking, always, just by its very nature. And I think those things appealed.” 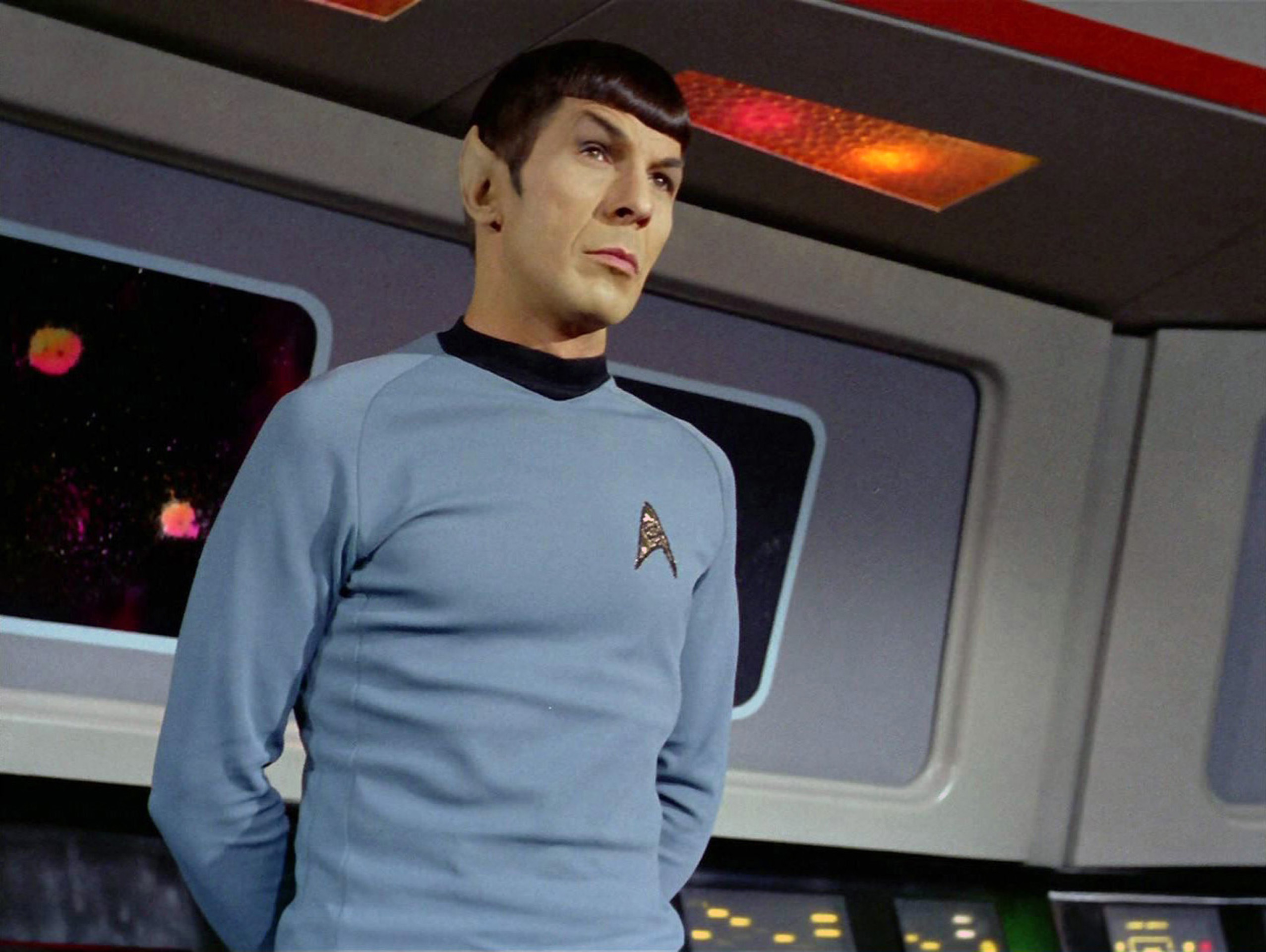 Leonard Nimoy in character as the iconic Mr. Spock in a third season episode of “Star Trek.” Photo by CBS via Getty Images

Beyond “Star Trek,” Nimoy was a consummate artist who directed film, composed poetry and photography and taught acting.

News of the actor’s death elicited countless reactions from former co-stars and fans alike. President Barack Obama issued a statement Friday afternoon that said, “Long before being nerdy was cool, there was Leonard Nimoy,” and that the president “loved Spock”:

Long before being nerdy was cool, there was Leonard Nimoy. Leonard was a lifelong lover of the arts and humanities, a supporter of the sciences, generous with his talent and his time. And of course, Leonard was Spock. Cool, logical, big-eared and level-headed, the center of Star Trek’s optimistic, inclusive vision of humanity’s future.

In 2007, I had the chance to meet Leonard in person. It was only logical to greet him with the Vulcan salute, the universal sign for “Live long and prosper.” And after 83 years on this planet – and on his visits to many others – it’s clear Leonard Nimoy did just that. Michelle and I join his family, friends, and countless fans who miss him so dearly today.

"I loved him like a brother. We will all miss his humor, his talent, and his capacity to love."

On Instagram, actor Zachary Quinto, who inherited the role of Spock from Nimoy for 2009’s “Star Trek” film reboot and its 2013 sequel, “Star Trek Into Darkness,” posted a tribute.

my heart is broken. i love you profoundly my dear friend. and i will miss you everyday. may flights of angels sing thee to thy rest.

NASA also remembered Nimoy in a tweet, praising “Star Trek” for inspiring generations of future NASA workers. Nimoy, alongside many of the original show cast, were on hand in 1976 to dedicate NASA’s space shuttle “Enterprise,” named for the show’s starship.

RIP Leonard Nimoy. So many of us at NASA were inspired by Star Trek. Boldly go… http://t.co/qpeH5BTzQc pic.twitter.com/nMmFMKYv1L

Nimoy remained active in his later years, even after his self-proclaimed 2010 retirement from acting. StarTrek.com, in a tribute post today, remembered asking the actor in 2012 if he truly considered himself retired:

A life is like a garden. Perfect moments can be had, but not preserved, except in memory. LLAP

Left: Leonard Nimoy, who played the iconic role of Spock in the "Star Trek" television series and movie, died at his home on Friday. He was 83.