To create art that exists outside the traditional white box of gallery space, the husband and wife team of Katy Flaccavento and Zachary Christopher use light and sound as their paint, and old buildings or rock formations as their canvases.

“We want to our art to be available to a broad audience, open to anybody who would stumble upon it,” Flaccavento said. 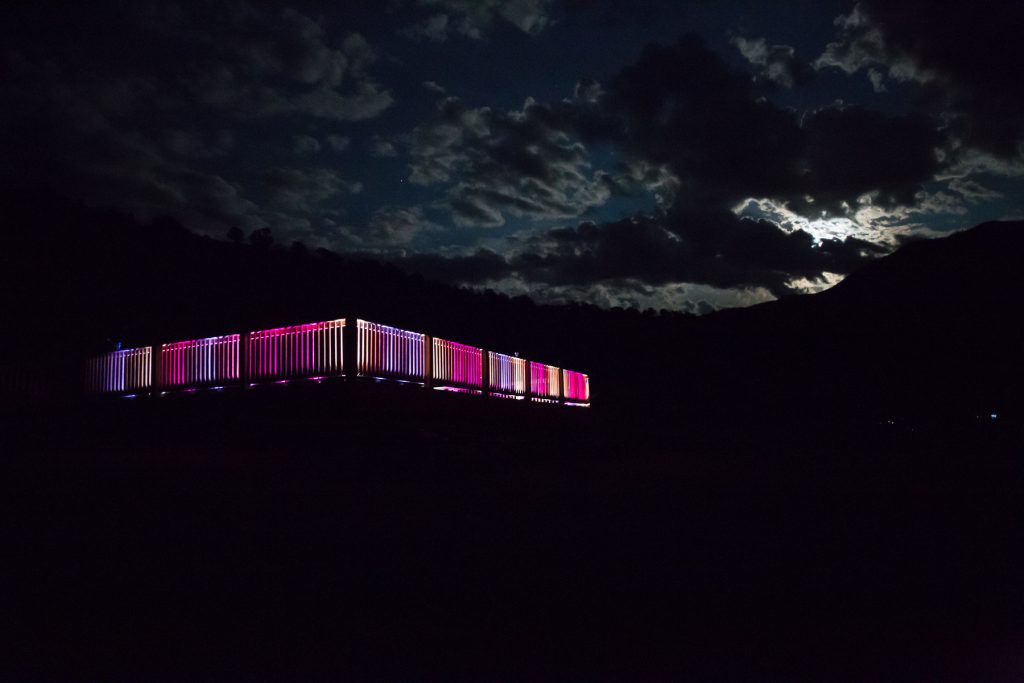 “Threshold II” symbolizes passage from this life into the next. Photo by Zachary Christopher.

Creating stunning outdoor installations, the Denver couple works under the name Knomad Colab because their art is always on the move (nomadic) and is a collaboration of technology and nature. It’s also temporary, lasting just one or two days.

The couple usually does a site survey to plan for the installation. Sometimes they get a permit for where they’re working; sometimes not. The audio is often composed in advance, occasionally it is improvised on the spot.

“We’re a bit guerrilla in that way,” Flaccavento said. “We try to anticipate different elements but we can’t predict everything. We certainly can’t predict the weather, and that’s partly what is exhilarating. You never know exactly what you’re going to run into. 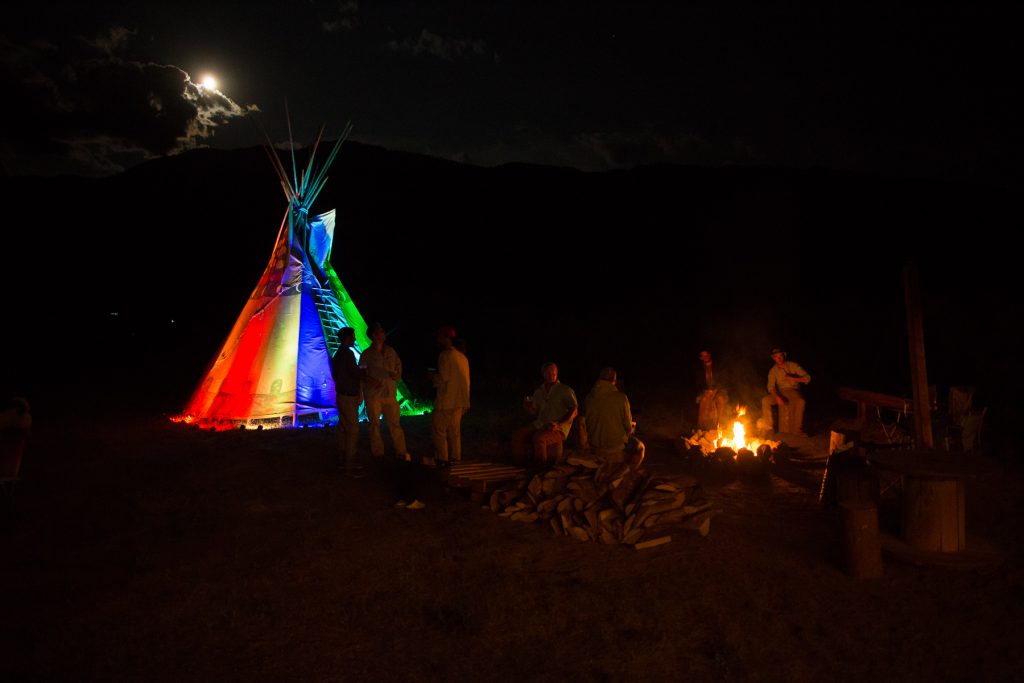 Employing symbols of the tipi and rainbow, “Gather” is an expression of humanity’s interdependence and our interconnectedness with all life, says artist Katy Flaccavento. Photo by Zachary Christopher.

The lights that they use are very lightweight and portable, which allows them to hike into remote areas. And they’ve engineered some simple ways to affix the lights so that the original structures aren’t harmed.

They initially supported their work through crowdfunding. “It was always from small donations by people who enjoy what we do. We’re not talking rich patrons,” said Flaccavento with a laugh. They also seek out grants and get some support from the German lighting company Astera.

Flaccavento says their lifestyle is very minimalist. “We try to put 50 percent of any money we raise directly into the art and then we live on the rest.” 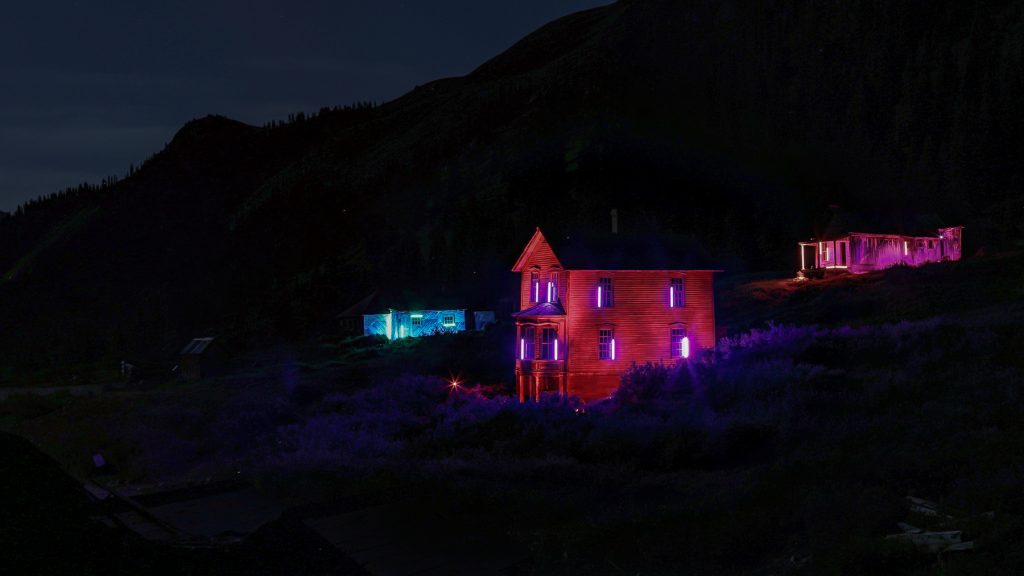 The couple has also experimented with selling photos of their projects, but they say it’s no substitute for the real thing.

“For us, the art is the experience outdoors. A photo is just an artifact of that, it’s not the art,” said Flaccavento.

This story originally appeared on “Arts District,” a production of Rocky Mountain PBS. The producer was Leslie Dodson, videograpaher was Paul Cywilko and editor was Dave Wruck. Local Beat is a weekly series on Art Beat that features arts and culture stories from PBS member stations around the nation.