A gaggle of Canadian tourists interrupt a scheduled TV interview with Loretta Lynn. They file through the front door of her stately mansion in Hurricane Mills, Tennessee, many with cameras dangling from their necks. Some sing “Coal Miner’s Daughter” to Lynn, who remains poised in her seat. She smiles as they repeat her life story back to her.

The “queen of country music” joins in, until a few tourists start to cry. “Now, don’t cry,” Lynn says. “Sing it to me.”

The scene appears around the midway mark of PBS’ “Loretta Lynn: Still a Mountain Girl,” part of the “American Masters” series. The documentary airs tonight as “Full Circle,” Lynn’s first studio album in the past 12 years, is released. Four songs into the album, the 83-year-old is preoccupied with an uncertain future.

“If there’s one thing I’ve done, I’d like to know I left someone who’s gonna miss me when I’m gone,” she sings.

The tearful tourists in her foyer will. 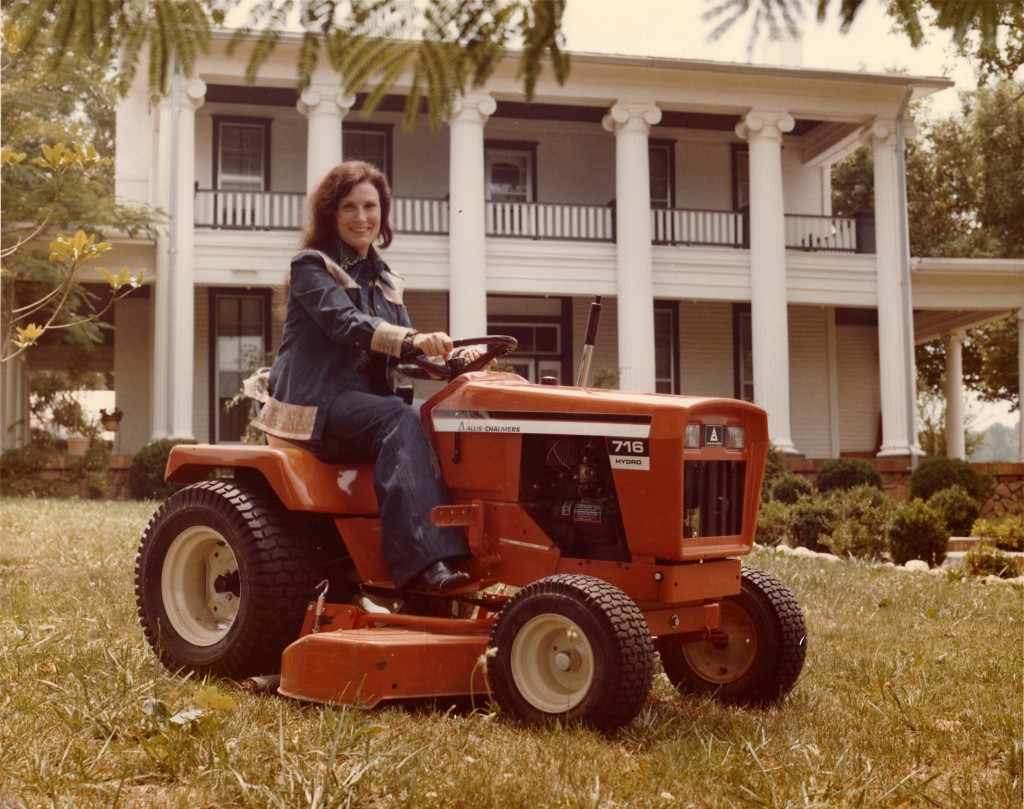 Lynn has been one of America’s most accessible celebrities. Decades before social media allowed stars to connect with fans with a tweet or behind-the-scenes Instagram photo, Lynn opened up her Tennessee ranch in the 1970s to curious fans across the nation.

Over time, she made additions to accommodate a growing fanbase. Campgrounds were installed to welcome families who made the pilgrimage by horse or RV. An 18,000-square-foot museum is filled with memorabilia, including the country superstar’s sequined, floor-length gowns. Rodeos and annual concerts are a fixture there. Gift shops sell “You Ain’t Woman Enough” t-shirts. Today, the ranch is billed as the “7th Largest Attraction in Tennessee.”

This manicured paean to Lynn is the result of a performer who toured hundreds of days, performed several shows a day, at her peak. She was known to stay hours after a show to sign autographs. 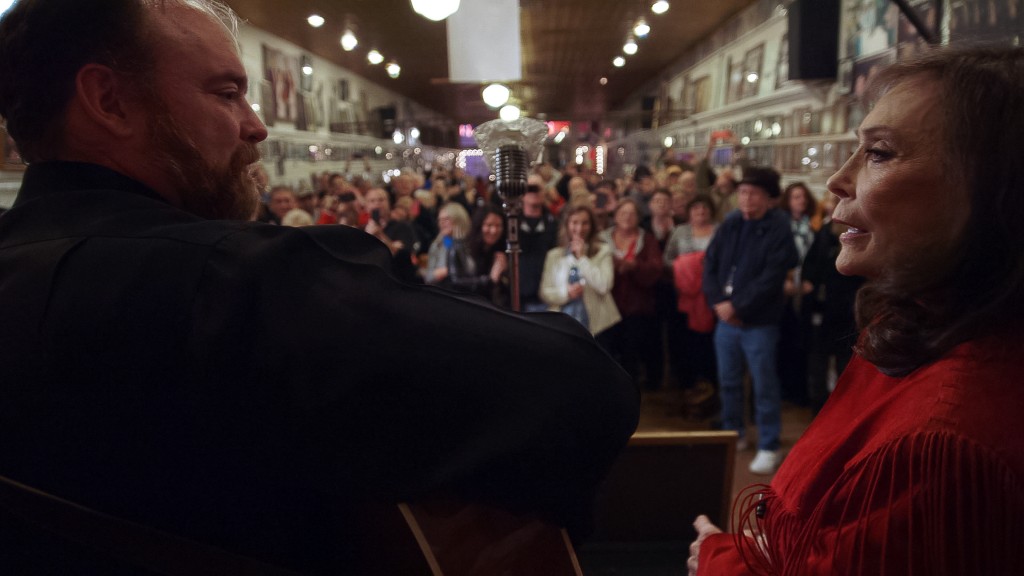 “I think people should be available to all the fans. They’re the ones making the living. When you think about it, why wouldn’t you be nice to them?” Lynn said in the documentary.

Her music is also much more than a peek into someone’s life. The adulation of the Loretta Lynn Ranch hinges on a story that the singer has been telling across a towering discography, two memoirs and one Oscar-winning film: the rags-to-riches life of a coal miner’s daughter to a star turn on the Grand Ole Opry stage in Nashville.

Near the lily-white museum on the ranch property is a replica of Lynn’s ramshackle home in Butcher Hollow (or, “Holler”), a small community embedded in the coal-mining hillsides of Van Lear, Kentucky. Also recreated is “Coal Mine No. 5,” where her father worked. Lynn never forgot her roots.

“I feel it, smell it, and taste it,” Lynn said of Butcher Hollow in her second memoir, “Still Woman Enough.” “I take a little bit of Butcher Holler everywhere I go,” she said.

“Sometimes, when I’m on a giant stage in front of thousands of people, I close my eyes and drift back to the swaying trees and bubbling streams of the only home I knew until I was fourteen,” Lynn wrote. 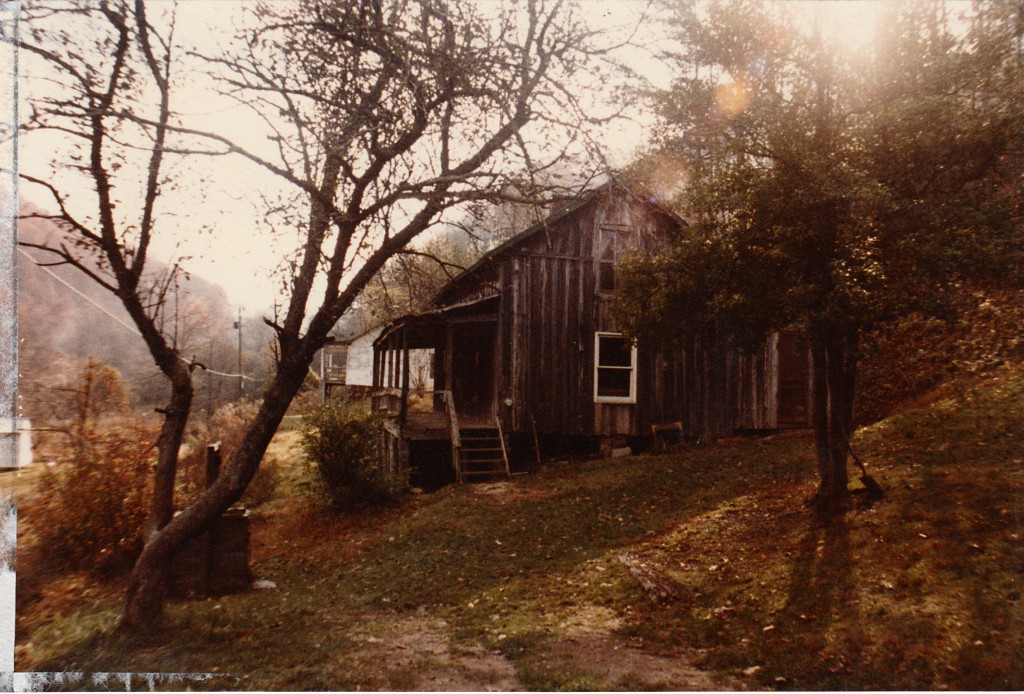 One of eight children, the Appalachian mountain girl grew up in a home with no electricity or running water. But as Lynn describes it, she didn’t grow up thinking she was poor, and mountain life meant being resourceful.

“They wasted nothing and they was loyal,” Lynn wrote.

Lynn’s family was also musical. Brother Herman Webb, 81, told the NewsHour that the kids in their community were often handed an old mandolin, guitar or fiddle so families could get together and play.

A shrinking coal town, Van Lear is also known as the birthplace of Lynn, her sisters Crystal Gayle and Peggy Sue Wright, who are also professional country music singers, and her brother Jay Lee, who played lead guitar for Lynn’s band.

Webb lives several hundred feet from the 100-year-old childhood home. And, just like his sister, welcomes any visitors who comes searching for the out-of-the-way cabin on a hill. Webb said people as far-reaching as England, Germany and Japan came looking for the four-room home. On TripAdvisor, someone called it “country music’s Mount Rushmore.” 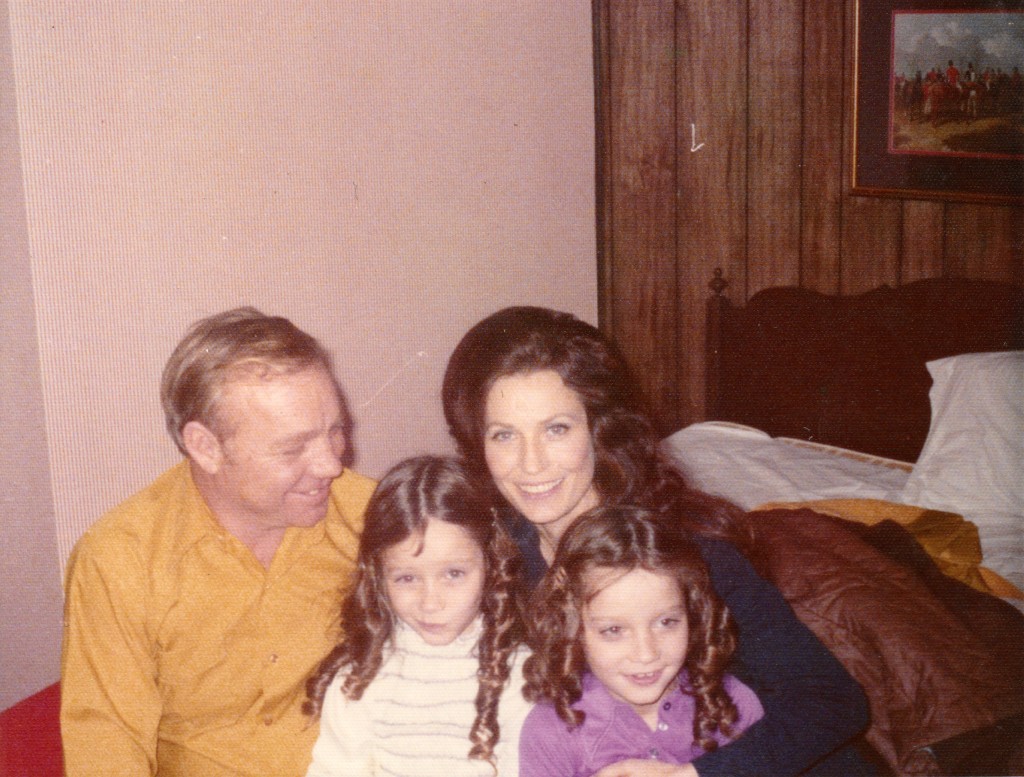 When Loretta married Oliver “Doolittle” Lynn at 15, she left her humble beginnings behind. Lynn taught herself to play a $17 guitar Doo bought her. They had four children by the time she was 20. After recording her first songs, she and Doo drove across the country, stopping at any radio station they could find. As recounted in the documentary, Lynn would talk them into playing her songs, sometimes waiting three or four hours before they did.

When people speak of Lynn, they credit the singer with a blunt approach to her songcraft. She wrote lyrics that rammed headfirst into topics that weren’t typical discussions for the dining table, including details of her rocky marriage to Doo.

“She is a straight shooter. She tells it like it is,” Webb said of his sister.

Even then, not many country artists were seen as controversial as Lynn. “Before her, there wasn’t too many women singers,” Webb said, adding that Lynn joined a small group of women, including Kitty Wells and Patsy Cline, who were able to break out in the industry. 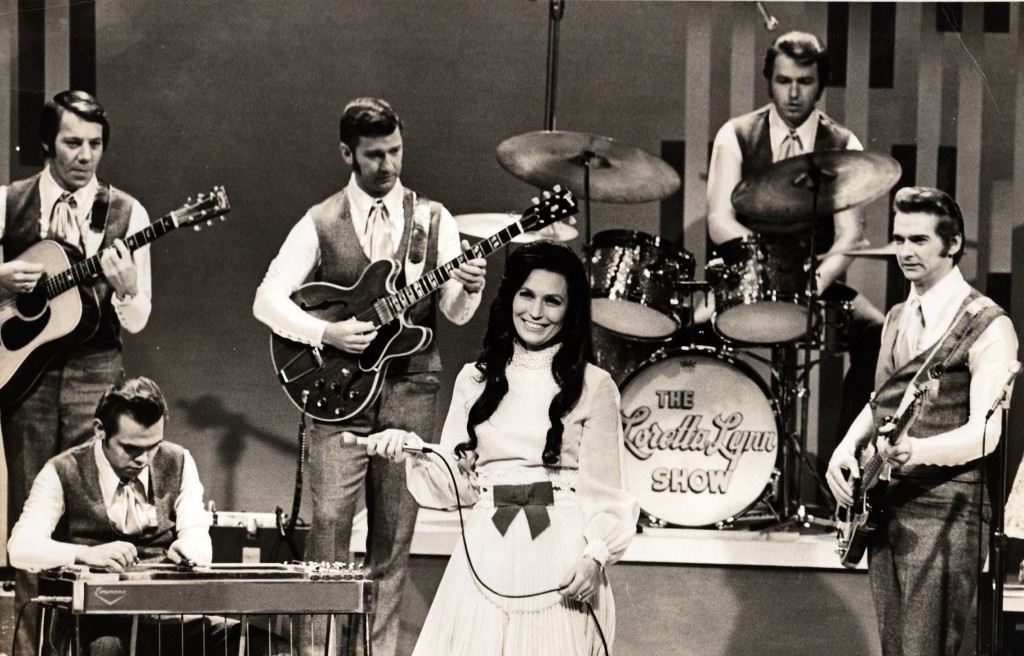 Country stations banned several of Lynn’s songs, including 1975’s “The Pill,” in which she defends birth control. “Wings Upon Your Horns” chronicles a teenager losing her virginity. “Rated X” understood the double standards against divorced women. “The women all look at you like you’re bad, and the men all hope you are,” Lynn sang in 1972.

In 1971, she released “One’s On the Way,” which was a reminder the women’s liberation movement hadn’t yet reached everywhere in the country. She ends the song with a wink: “Oh, gee, I hope it ain’t twins again!” (Lynn had twins in 1964, six children in all.)

There are also many kiss-offs in Lynn’s repertoire, often from a woman on a warpath in the face of a cheating husband. She promised to take a woman eye-ing her man to “Fist City,” admitting, “I’m not sayin’ my baby is a saint, ‘cause he ain’t.” And “Don’t Come Home A-Drinkin’ (With Lovin’ on Your Mind)” is as plainspoken as can be.

“She’s never been afraid to speak her mind,” said actress Sissy Spacek, who portrayed Lynn in the 1980 film, “Coal Miner’s Daughter,” in the documentary. “Say what you will, but she’s a feminist.”

Her songs dealt with femininity and motherhood, and the most intimate details of her life, including her difficult marriage with Doo, were available for the public to hear. Lynn remained with Doo until he died in 1996, and their marital strife was the basis for many of her songs.

“I’ve always admitted that I can be mean as a snake,” Lynn said in “Enough.” “Yes, Doo hit me sometimes. And yes, I’ve been known to knock the fire out of him. I told him, ‘You hit me once and I’ll hit you back twice.’”

In the documentary, Lynn recounts a time she accidentally knocked two teeth out of Doo’s mouth.

“I heard teeth hitting the the floor, and I thought, ‘Oh my God, I’m dead. I know I’m dead,” Lynn said. “But, you know, he laughed. He went around forever with two teeth missing. He was kind of proud of it,” she said.

On his deathbed, he told Lynn that she was the only woman he’s ever slept with.

Her response? When Lynn walked out of the room, she turned to Ernest Ray Lynn, one of her sons. “Did you hear that shit? He’s gonna stick to it, ain’t he?” her son quoted her as saying in the documentary.

Loretta Lynn sings “I Can’t Hear the Music,” a tribute to Doo. It contains the line, “God knows he wasn’t perfect. Ah, but then again, nobody is.” Video by YouTube user RonjaZaZa

“I’m a little sad that we’re so cosmopolitan now that we don’t write about relationships in that way,” singer Sheryl Crow said in the documentary, adding that Lynn was a “spitfire.”

Lynn has taken the same no-holds-barred approach to mortality in “Circle,” offering a smattering of new songs along with re-recordings of earlier hits, “Fist City” and “Everybody Wants To Go To Heaven.” The album also kicks off with an introduction to the first song Lynn ever wrote, as if she’s sharing a story right in your living room. It’s a legend taking stock of her legacy.

In 2004’s “Van Lear Rose,” Lynn offered a condensed song about her life. In fewer than three minutes, she touches on her Kentucky roots, her Nashville fame, her babies, the Hollywood movie and her marriage to Doo. After the musical recap, she ends on a modest note.

“I have to say that I’ve been blessed. Not bad for this ol’ Kentucky girl, I guess.”