Turning the life of Matthew Shepard into song

Matthew Shepard, the Wyoming teenager who became a national figure after he was beaten and left for dead for being gay in 1998, has inspired plays, documentaries and books.

Now he’s the subject of a choral piece, a 100-minute oratorio called “Considering Matthew Shepard” that explores his life, death and legacy. Conspirare, a choral group based in Austin, Texas, released the debut recording this month. 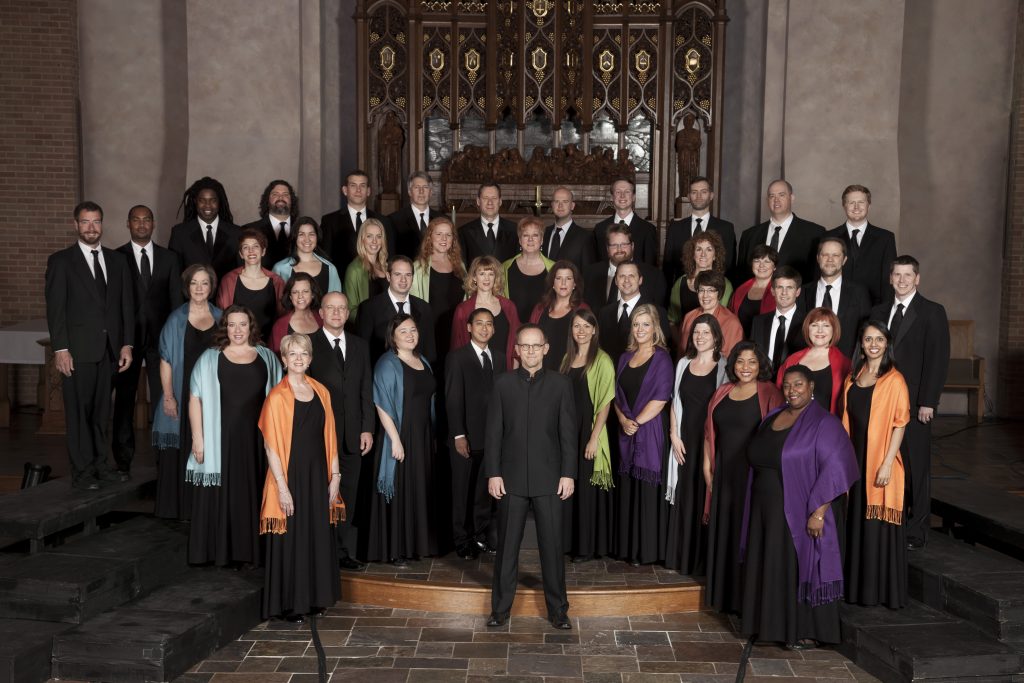 Conspirare is comprised of solo artists from around the country who travel to Austin, Texas, to perform together. Photo by Scott Van Osdol.

Craig Hella Johnson, who leads Conspirare, composed the piece. It features lyrics taken from Shepard’s writing as well as dark passages about the group that picketed his funeral.

“What I felt in the whole last year prior to the premiere was almost as if Matt himself had been knocking on the door of my heart from the inside,” Johnson told Colorado Public Radio.

Related content: PBS station KLRU takes an in-depth look at the creation of this oratorio.

The material is grim at times. The singers in Conspirare found some moments draining, like a section filled with epithets about Shepard and the gay community. But Johnson said performing the oratorio is ultimately uplifting.

“The piece actually became a whole lot more than just the story of the suffering,” Johnson said. “It needed to become this larger invitation to return to love. And to return to remember who we are as human beings, in the deepest sense of our essence.”

The music opens with a sweeping depiction of the Wyoming landscape. It’s called “Cattle, Horses, Sky and Grass.”

Jason Marsden, executive director of the Denver-based Matthew Shepard Foundation, helped Johnson research the piece and gave talks to complement its early performances. Marsden said “Considering Matthew Shepard” is powerful partly because it reminds listeners of who Shepard was as a person.

“Our goal is to prevent crimes like this from ever happening to another family and to another victim, if at all possible,” Marsden said. “One way we can do that is to change hearts and minds about the importance of respect for diversity, of inclusion, of understanding for LGBTQ people everywhere so that they are less subject to violence and more welcome in the circle of society.”

Johnson and Marsden spoke with Colorado Matters host Ryan Warner about the creation of the piece. Editor’s Note: This audio contains language some listeners may find offensive.

This story originally aired on Colorado Public Radio. “Local Beat” is published every Tuesday and features stories from public television and radio stations across the country.

Left: Matthew Shepard was beaten and tortured to death when he was a college student in Laramie, Wyoming, in 1998.