Merle Haggard, the country music legend who was born during the Depression, came of age in prison and whose songs have earned him the title, “poet of the common man,” died Wednesday at his home near Redding, California. It was his 79th birthday.

Haggard had been battling pneumonia in recent months, reported the Los Angeles Times.

Haggard sang about the rough and tumble world of the outlaw, a topic personal to him. As a teen he spent time in and out of jail, and at the age of 18, was sentenced to 15 years for burglary and sent to San Quentin, where he served two years. But he credited Johnny Cash’s performance at the prison in 1958 — Haggard was in the audience — as his inspiration to pursue music.

“I would’ve become a lifetime criminal if music hadn’t saved my ass,” he told Rolling Stone.

Along the way, Haggard collected 38 No. 1 singles on the country charts. One of his most famous, 1969’s “Okie from Muskogee,” was a patriotic anthem for the anti-hippie movement. He sang: “We don’t let our hair grow long and shaggy, like the hippies out in San Francisco do. And I’m proud to be an Okie from Muskogee.” 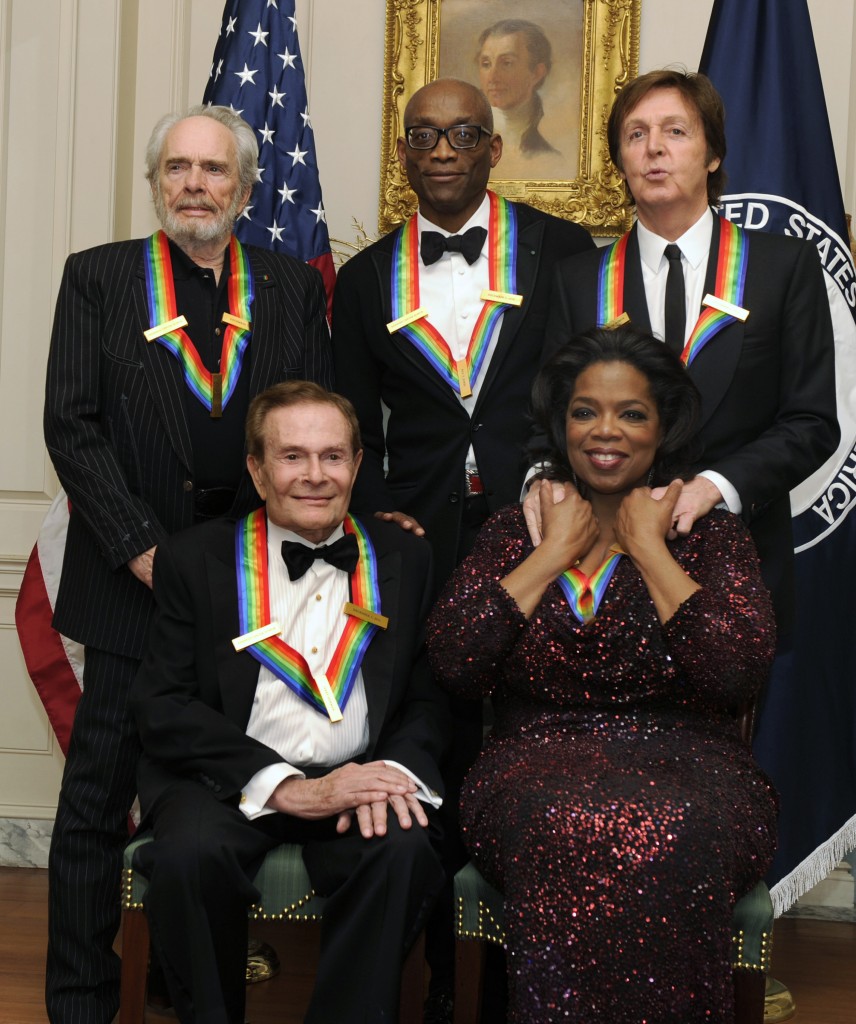 Haggard won two Grammy awards, in 1984 for “That’s the Way Love Goes,” and in 1998 for a collaboration with artists Emmylou Harris, Randy Travis, Dwight Yoakam and others. He was inducted into the Country Music Hall of Fame in 1994, and was presented with a Kennedy Center Honor in 2010, alongside fellow songwriter Paul McCartney.

Haggard’s son, Ben Haggard, who played in his father’s band, posted on his Facebook page Wednesday afternoon that his dad had predicted his death today. He wrote: “A week ago dad told us he was gonna pass on his birthday, and he wasn’t wrong. A hour ago he took his last breath surrounded by family and friends. He loved everything about life and he loved that everyone of you gave him a chance with his music. He wasn’t just a country singer. He was the best country singer that ever lived.”

Musicians mourned the singer and songwriter as the news broke. “We’ve lost one of the greatest writers and singers of all time,” Dolly Parton said in a statement, ABC News reported. “His heart was as tender as his love ballads. I loved him like a brother. Rest easy, Merle.”

There are no words to describe the loss & sorrow felt within all of music with the passing of Merle Haggard. Thank God for his life & songs.

You will always be my hero. This was one of the best days of my life. #RIPMerleHaggard @merlehaggard pic.twitter.com/QFfNmkmnF9

extremely sad to hear of the passing of one of the greatest of all time Mr. Merle Haggard… https://t.co/hmAlAdA8pl pic.twitter.com/s9VhxkXz57

Haggard is survived by his wife, Theresa Ann Lane, and his children, Dana, Marty, Kelli, Noel, Ben and Jenessa.

Watch a remembrance of the country music legend from Wednesday’s PBS NewsHour.

Left: Merle Haggard performs at the Stagecoach Country music festival in Indio, California, in 2015. The country legend died Wednesday at the age of 79. Photo by Chelsea Lauren/WireImage