In a ballet world filled with white swans, Misty Copeland stands out.

As the first African-American female to hold the rank of Soloist at American Ballet Theater in 20 years, Copeland has had an improbable rise. In her new memoir “Life in Motion: An Unlikely Ballerina,” Copeland recounts that journey from poverty to the spotlight of one of America’s top ballet companies.

Copeland and her family were living out of a hotel room when she took her first ballet class at the Boys & Girls Club at age 13 — a late starting age for any future ballerina. 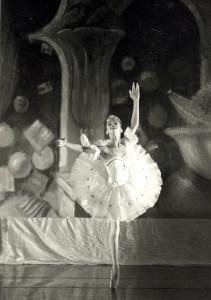 For a future ballerina, Copeland started dancing relatively late in life, at the age of 13. Photo courtesy of Misty Copeland

But in ballet, a young Copeland — one of six children — found her place to shine.

“I was never, you know, the popular one, the pretty one,” she said. “These big long feet and skinny legs and skinny limbs were all these things that I thought were negative things in how we view beauty in our society, and then when I was introduced to the ballet world, all of those qualities were beauty for a ballerina.”

Within three months Copeland was dancing en pointe. By 15, she had garnered the attention of major ballet companies — including ABT — by winning the prestigious Los Angeles Music Center Spotlight Awards.

Copeland has now danced with ABT for more than 13 years, steadily working her way up from the company’s main Corps de Ballet to Soloist.

In 2012, she made history by becoming the first black woman to dance the title role in “Firebird” for ABT, and has since helped launch the company’s Project Plié initiative that promotes diversity in ballet.

Copeland has been called a prodigy throughout her career, but she credits her upbringing for giving her the tough skin needed to succeed in the competitive world of ballet.

“I think the dancers that succeed have this fight in them,” Copeland said. “They usually aren’t the ones that are the super talented ones that were prodigies growing up, but they’re the ones that were told ‘no’ over and over again that seem to succeed, and I think that’s what’s helped me.”

But Copeland has also defied the norm for many ballet dancers in her ability to cross over into mainstream pop culture. 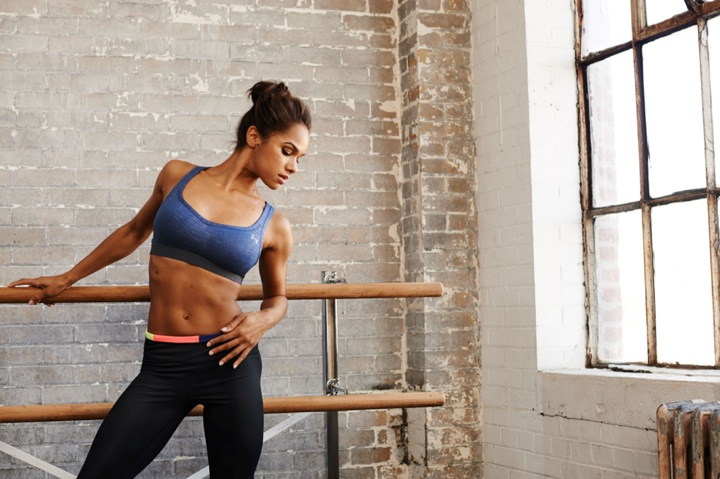 Copeland garnered buzz last week when the athletic wear company Under Armour released its “I Will What I Want” campaign featuring the dancer. Photo by Under Armour

She has more than 250,000 followers on the photo-posting app Instagram, she’s performed with music icon Prince, and she was featured in Diet Dr. Pepper “One of a Kind” commercial. This summer, she teamed up with the reality television show “So You Think You Can Dance” as a guest judge, and in the past week, Under Armour’s “I Will What I Want” advertisement featuring Copeland went viral.

Whether Copeland will succeed in her goal to become the first female, African-American Principal dancer at ABT remains to be seen. But for now, she’s soaking up the experience of performing some of the roles that go along with that position.

Earlier this year, she performed the lead role of Swanilda in “Coppélia,” and she will take on the iconic double role of Odette/Odile in “Swan Lake” when the company travels to Australia at the end of August.