The musicians we listened to in 2014

It’s almost 2015. Before we ring it in with bursting fireworks and swirling confetti, we want to reflect on some of the great Art Beat stories from this past year.

Today we’re asking, which musicians did we listen to in 2014? We heard about the Beatles before they inspired mania and violinists Joshua Bell’s redo of a train station concert. We learned from musicians who used their art to protest the shootings in Ferguson and about an organization that helps struggling blues artists stay on their feet. And so many more.

Here are some highlights from the NewsHour’s music coverage in 2014. Take a listen: 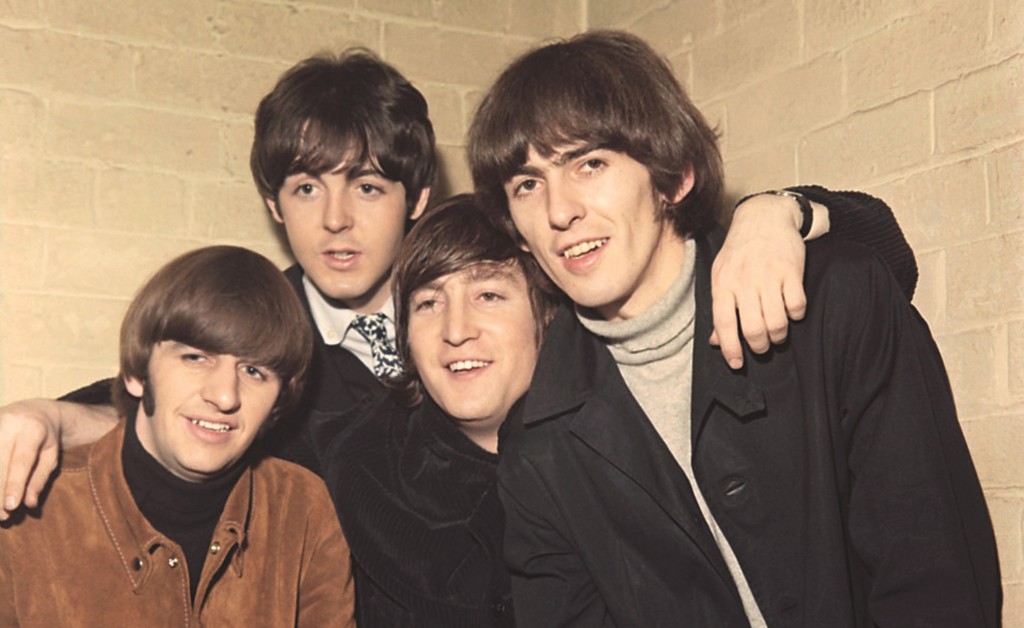 Before the Beatles took America by storm, Paul, John, Ringo and George were featured on BBC radio programs 53 times. Those Beatles performances, recorded between 1962 and 1965, have now been released. Jeffrey Brown talked to Kevin Howlett of BBC about his laborious search for many of these live, early, pre-Beatlemania recordings. 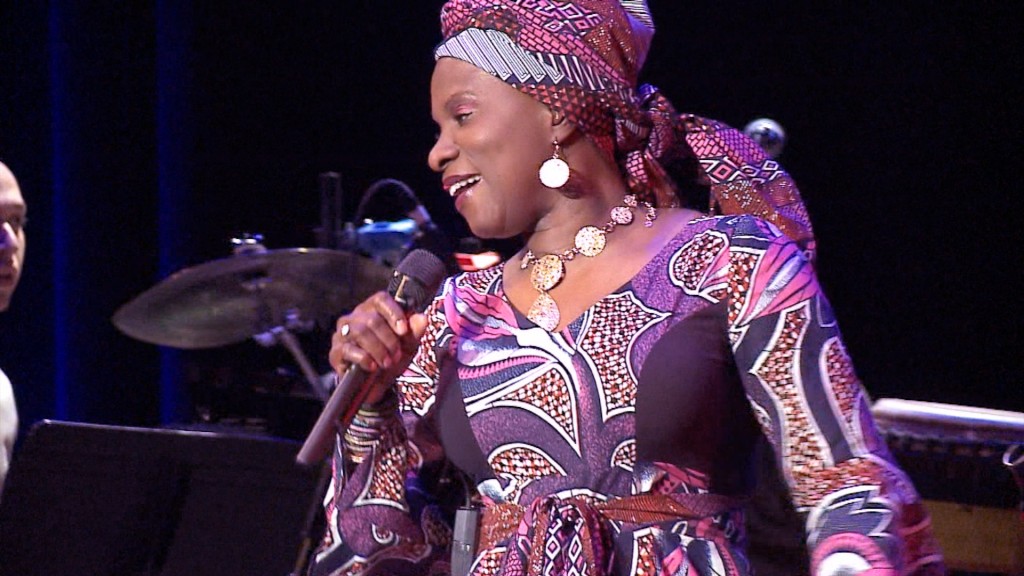 Benin-born Angelique Kidjo has made the empowerment of women and girls a part of her music and life’s work for decades. The Grammy winner has attracted a global following with her mix of African and Western music styles and lyrics in a number of different languages. Jeffrey Brown profiled Kidjo latest album, “Eve,” as well as her new memoir, “Spirit Rising: My Life My Music.”

Charles Bradley, a new force in old-fashioned soul, channels past heartaches for ‘Victim of Love 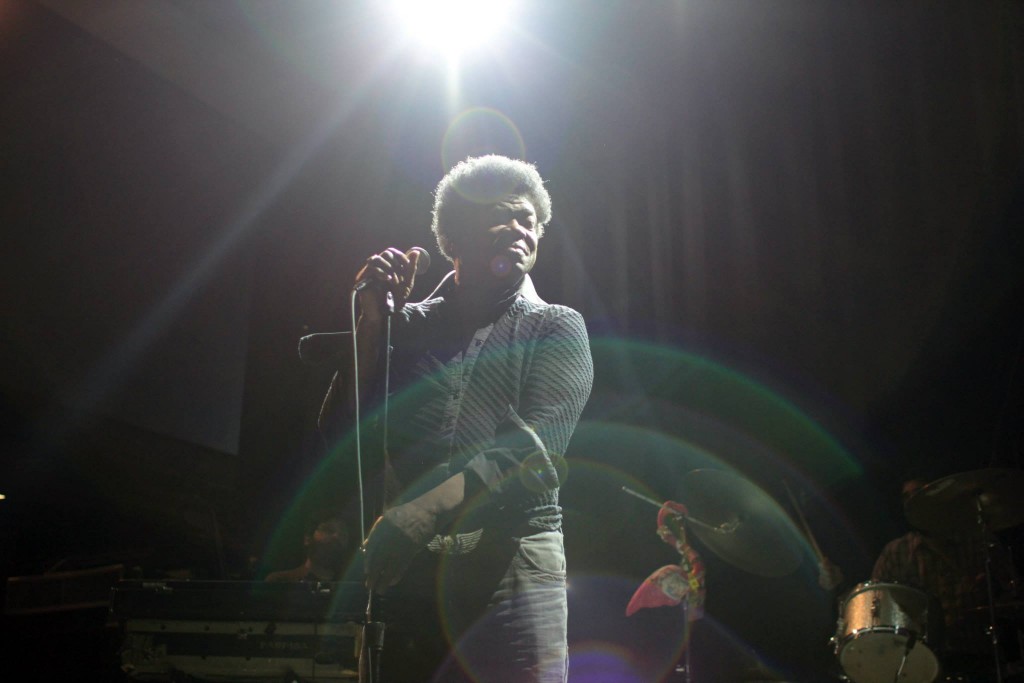 Singer Charles Bradley was making a living as a James Brown cover act when he was “discovered” by Daptone, a record label helping bring about a resurgence of soul music. These days, Bradley’s songs reflect the story of his own past, drawing a growing number of fans to his gospel of soul and heartbreak. Jeffrey Brown shared the story of the singer’s breakthrough and latest album. 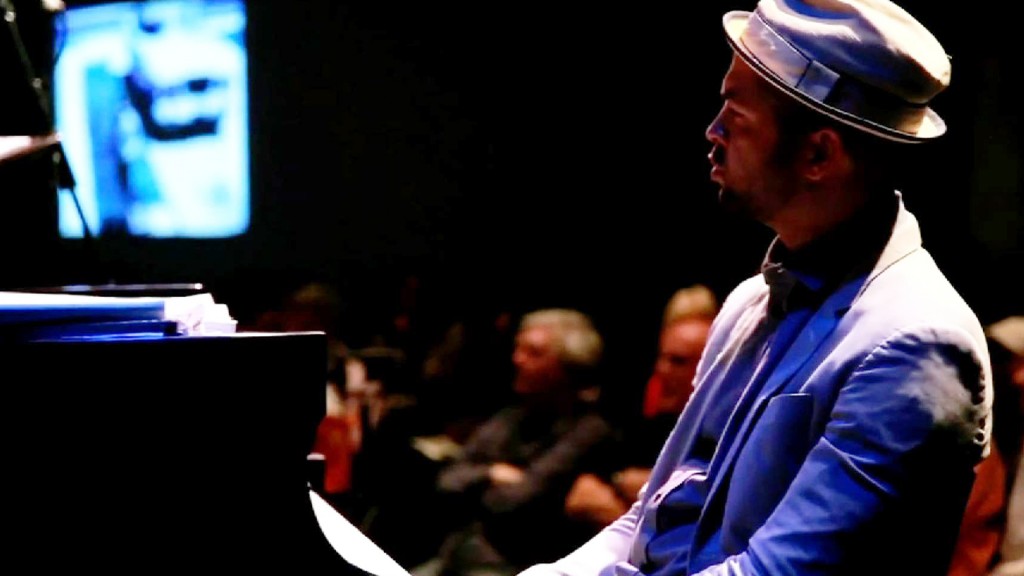 Jason Moran, one of today’s best-known younger jazz musicians, is a true believer that his art form can transport and transform an audience. Now the artistic director for jazz at the Kennedy Center in Washington, the musician has a public platform to share his passion. Jeffrey Brown interviewed Moran about his work to bring the jazz experience to more people.

What drives Willie Nelson to keep singing and traveling 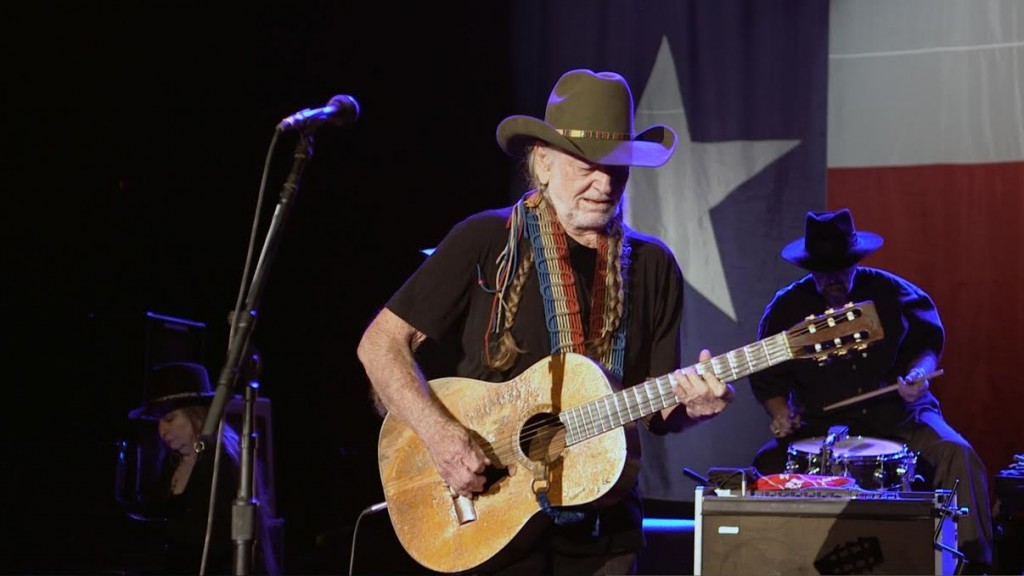 Country legend Willie Nelson, 81, is still on the road. Jeffrey Brown sits down with Nelson to talk about the burst of songwriting behind his new album, “Band of Brothers,” controlling his temper and how he stays fit on tour. 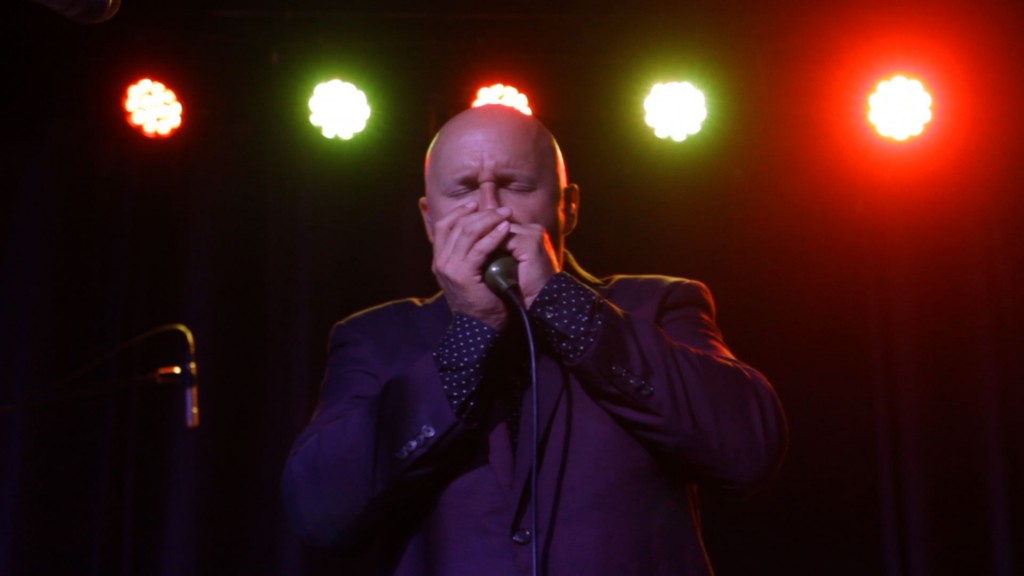 John Németh says he fell in love with the blues as a teenager growing up in Idaho. Decades later, he’s touring to promote his new album, “Memphis Grease.” Art Beat sat down with Németh before a show at Gypsy Sally’s in Washington, D.C., to talk about his new album and the state of the blues. 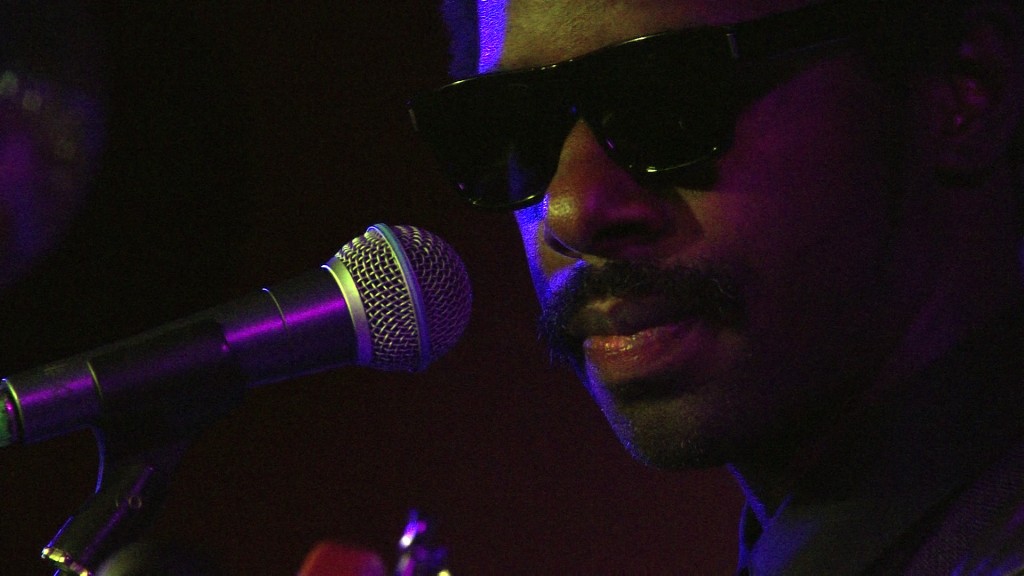 Soul musician Curtis Harding originally wanted to be an oceanographer, but growing up in a musical family left its mark. “My mother’s a gospel singer. My sister plays piano. We all sang in the church, sang on the road,” he says. Harding talked to Art Beat before a concert at DC9 in Washington, D.C., about his debut album, “Soul Power.”

Artists protest through song in the wake of Ferguson shooting 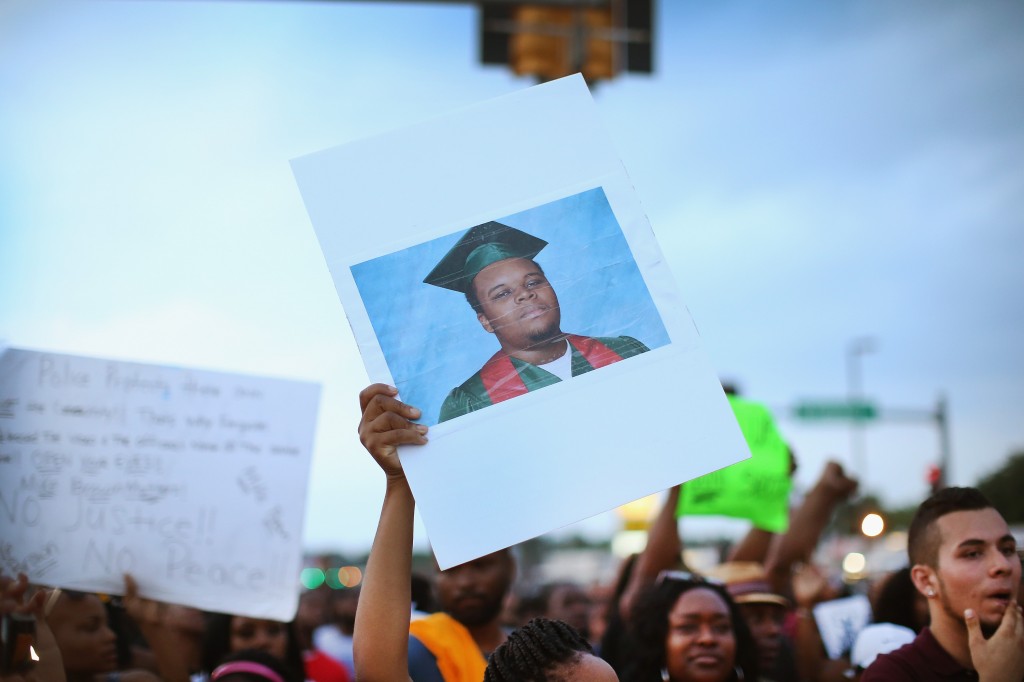 What does a 21st century protest song sound like? If you’re folk musician Ezra Furman, it echoes of Bob Dylan. If you’re legendary songwriter Lauryn Hill, it borrows from Rodgers and Hammerstein. If you’re hip hop artist J. Cole, it’s an elegy with a beat. Though these artist span the musical spectrum, the shooting of 18-year-old Michael Brown and subsequent protests in Ferguson, Missouri, have inspired them all to put their reactions into song. 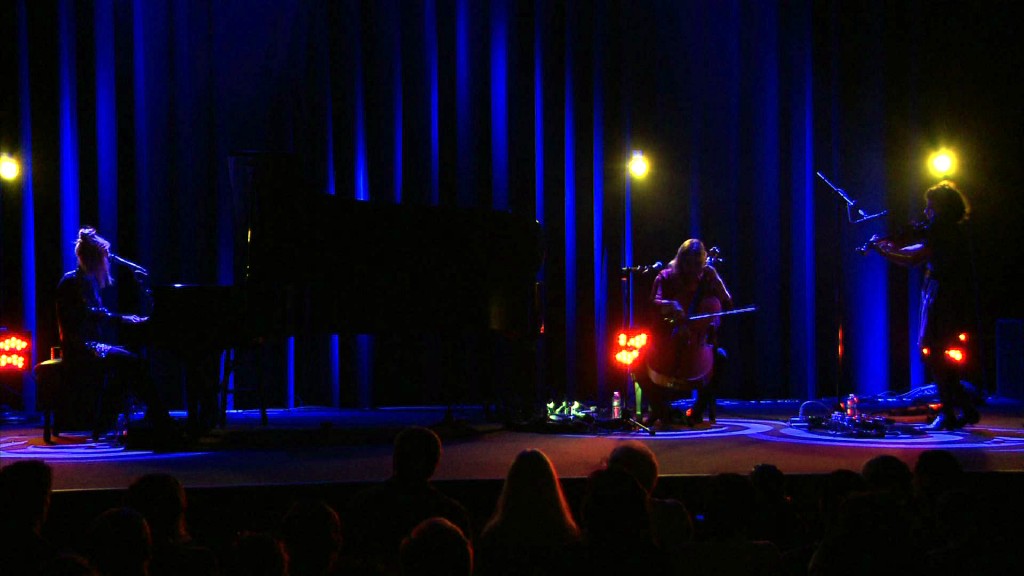 Danish musician Agnes Obel grew up surrounded by guitars, pianos, marimbas and double basses. Her father collected and sold instruments and her mother was a classical pianist, so you can say that music is in her blood. She doesn’t like to describe her sound, but when she does, her first choice is as “piano music.” Obel spoke to Art Beat about her second album, “Aventine” and her “piano music” before a concert at the 9:30 Club in Washington, D.C. 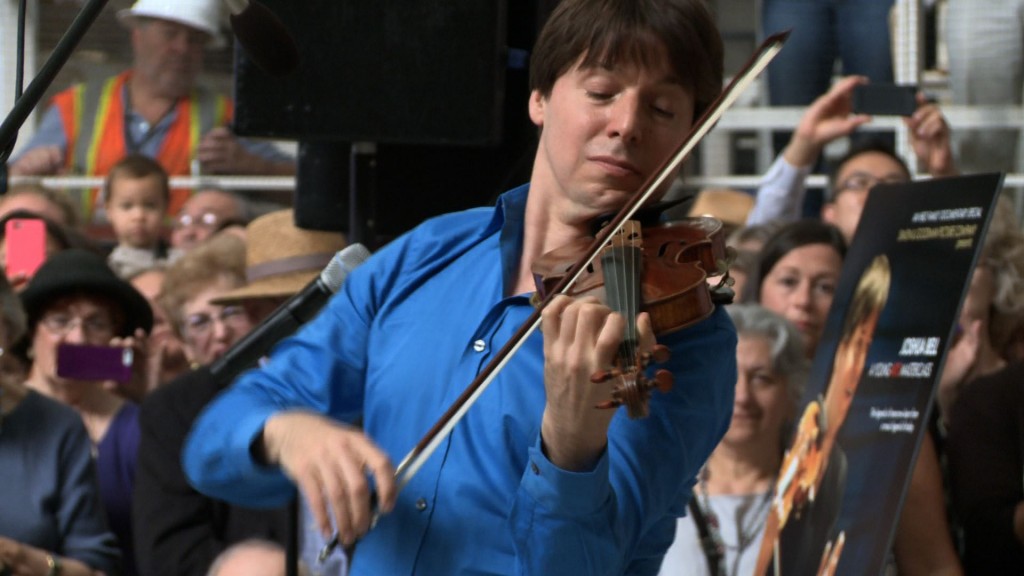 A superstar of classical music might normally draw a huge crowd, but that wasn’t the case when violin virtuoso Joshua Bell held an impromptu recital in a Metro station in 2007 — largely ignored by a few thousand commuters. In September, Bell returned to give a performance at Washington’s Union Station, and this time people paid attention. Jeffrey Brown sat down with Bell to talk about the 2007 experiment and why this year’s performance was different. 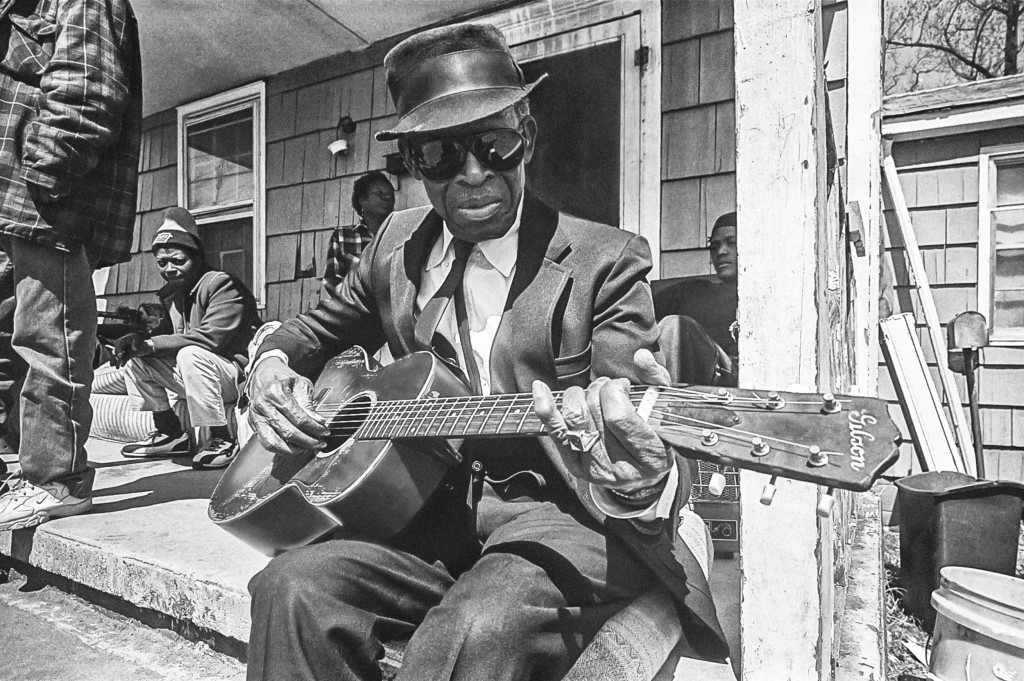 For every American musician who makes it big, there are many, many more who eke out a living to be able to afford new guitar strings. The Music Maker Foundation, based in North Carolina, helps struggling blues artists meet their basic needs, record their music and book tours. Jeffrey Brown reports on their efforts to preserve American culture and keep the music coming. 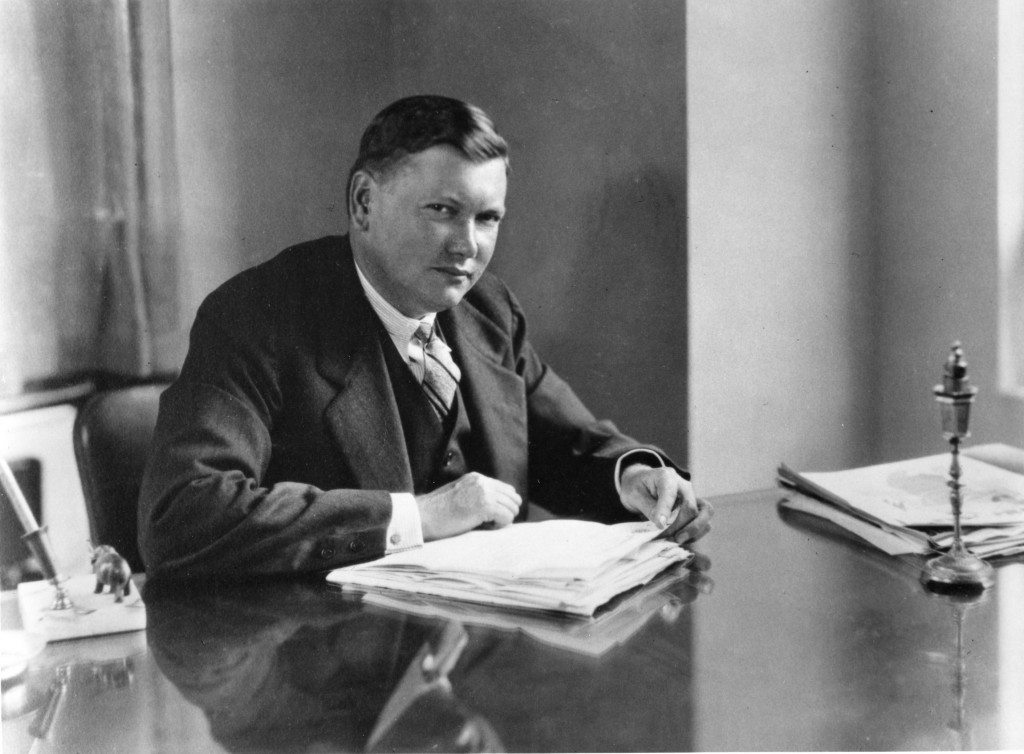 Ralph Peer popularized the genres of country, blues, jazz, gospel and Latin. His story begins in the era of the wind-up crank cylinder and ends in the age of color television and is told in the new book, “Ralph Peer and the Making of Popular Roots Music.” 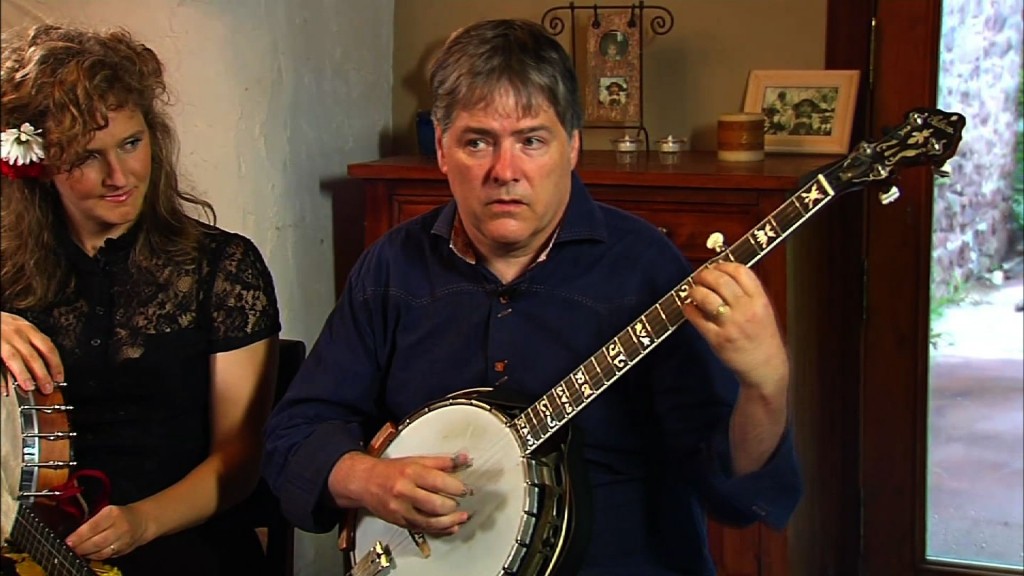 Despite playing a common instrument, celebrated banjo players Abigail Washburn and Bela Fleck have kept their musical careers separate. But after performing together as a favor to a relative, the two realized their different styles could be complementary, leading to a new collaboration and a family tour complete with their 21-month-old son. 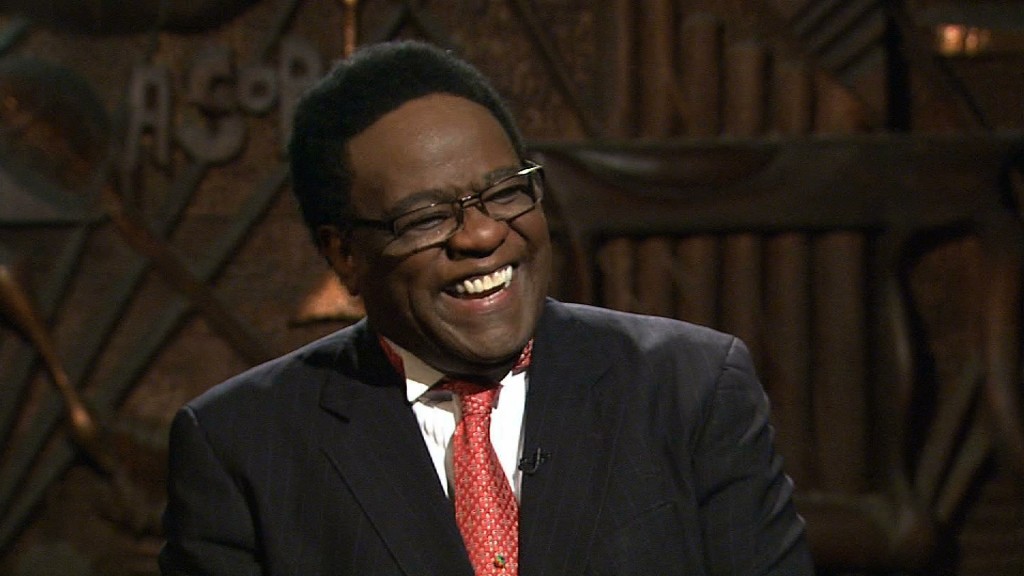 Al Green was one of five artists honored at the Kennedy Center this year. Jeffrey Brown talks to the singer, whose iconic voice has stirred souls with pop music and gospel for decades, about a life of making music and preaching. 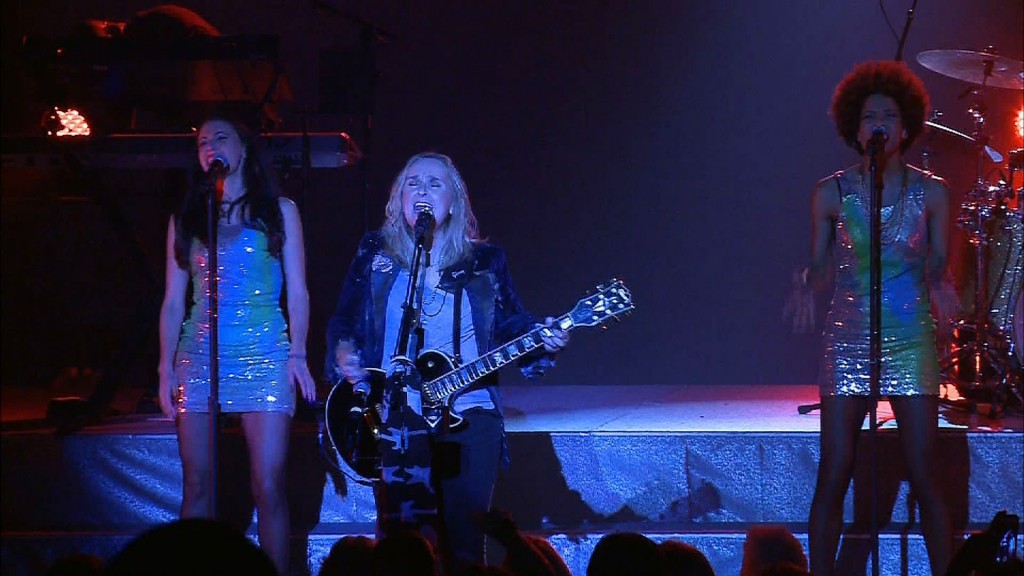 Singer-songwriter Melissa Etheridge has been known for her country and rock hits, but on her new album, “This Is M.E.,” she also adds R&B and soul to the mix. Gwen Ifill sat down with the veteran musician to discuss her artistic evolution and the realities of making an album today.

YouTube crooner all about that upright bass and then some 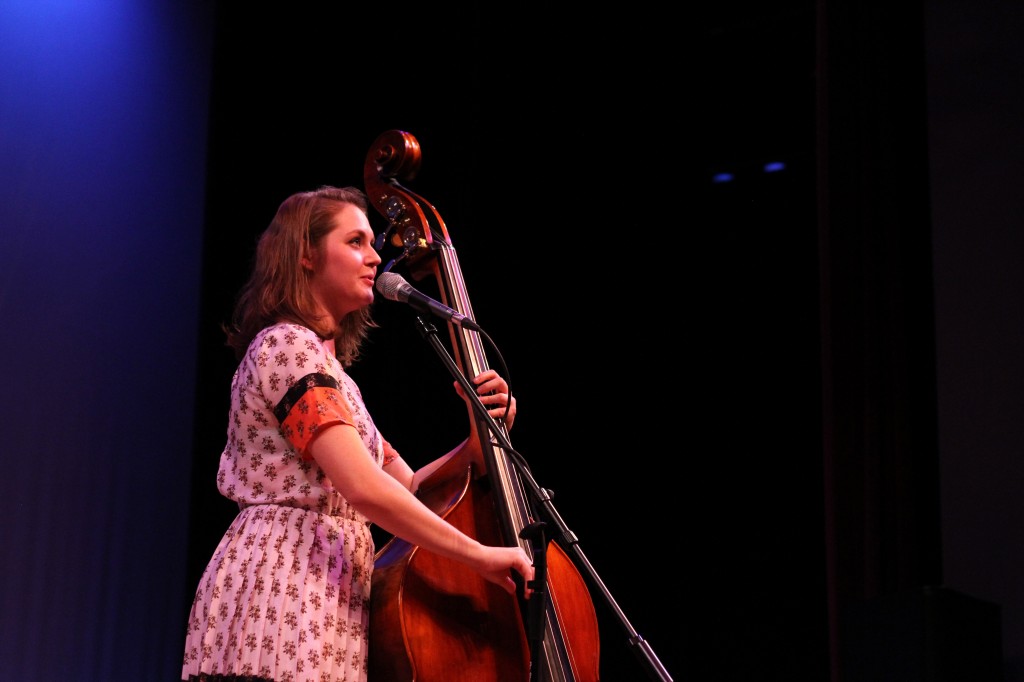 Kate Davis’ ’40s-style jazz rendition of Meghan Trainor’s pop hit “All About That Bass” has garnered more than 8 million views on YouTube since September. But she isn’t only about that one instrument. Davis talked to Art Beat about her attraction to the bass and writing her own songs before a performance at Black Rock Center for the Arts in Germantown, Maryland. 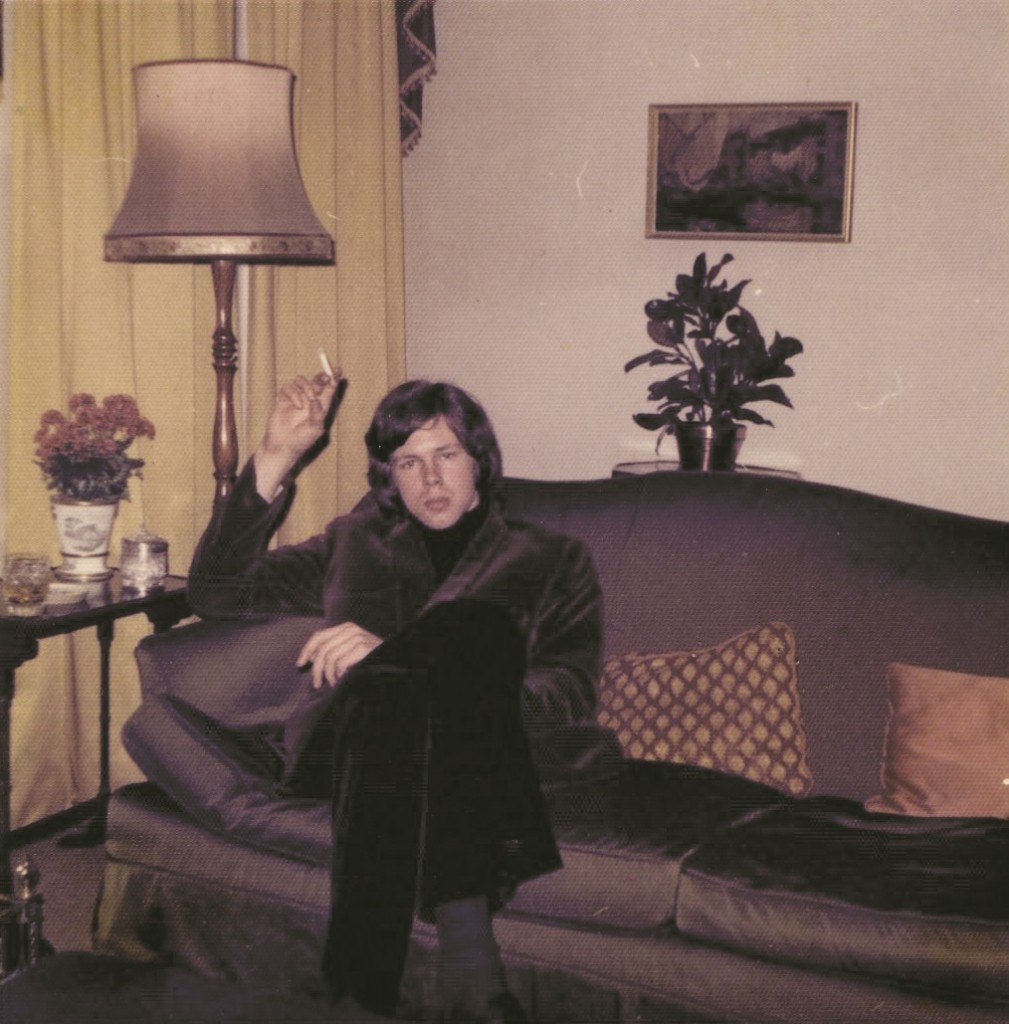 Forty years ago, musician Nick Drake died at age 26, and is often remembered today as a “solitary, misunderstood lonely poet.” Now his sister wants to set the record straight, to provide a fuller picture of the artist. The result is “Nick Drake: Remembered for a While,” an authorized companion to his work.

Left: Before New Year's Eve fireworks mark the beginning of 2015, let's look back at the year behind us. Which musicians did we listen to and learn about here at the NewsHour over the course of 2014? Photo by Flickr user Philippe Put