Was Nabokov’s ‘Lolita’ inspired by a little-known story by Salvador Dali?

“Lolita, light of my life, fire of my loins…”

Since those provocative opening lines and its publication in 1955, Vladimir Nabokov’s “Lolita” has shocked and captivated readers with its perversely brilliant tale of a middle-aged literature professor, Humbert Humbert, who becomes sexually involved with 12-year-old “Lolita” after seducing and marrying her widowed mother.

Stories of the entanglements of older men and prepubescent girls have long found their way into literature and mythology, and yet “Lolita” is considered an utterly original work. For years, scholars have looked for Nabokov’s antecedents, and in 2005 German literary critic Michael Maar startled the literary world by arguing that Nabokov may have read and even stolen the plot of “Lolita” from an obscure 1916 German short story, also called “Lolita.”

Despite a similar storyline, the German “Lolita” contained little of the beauty or inventiveness of Nabokov’s, and there is little proof that Nabokov, who did not speak German, could have known about the story. Nabokov scholar Brian Boyd said the comparison was widely considered “totally spurious.”

Now, though, a comparative literature professor argues a closer, more interesting and plausible connection — that Nabokov may have been inspired by two works by surrealist painter Salvador Dali in the writing of “Lolita.” 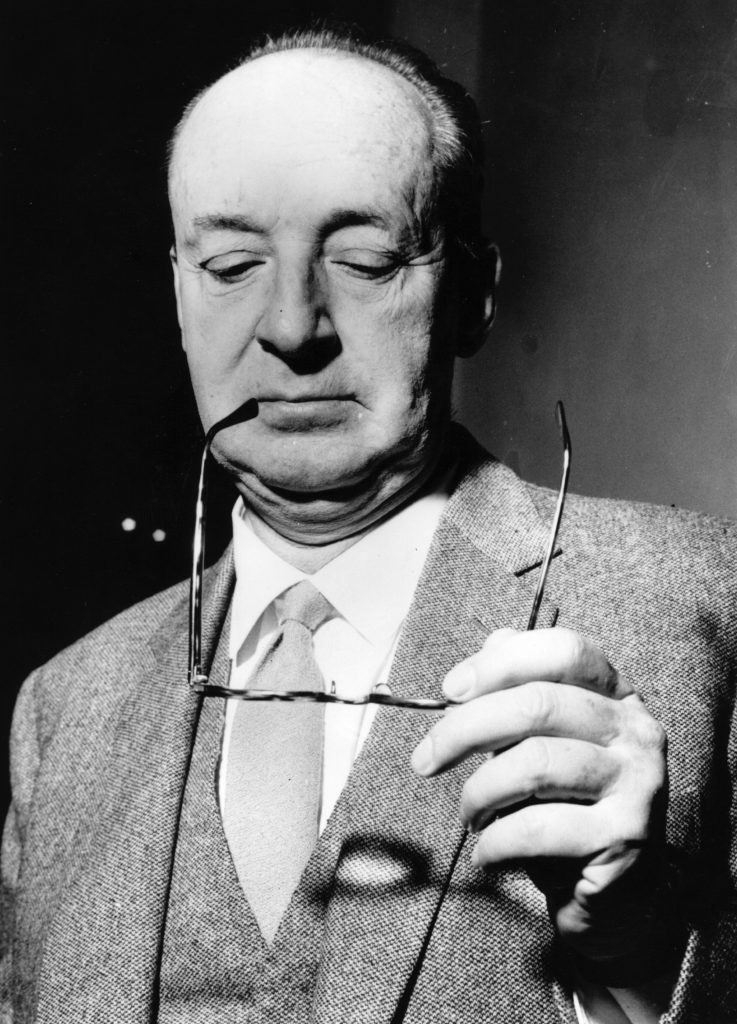 Ungureanu’s argument, which will be published in a forthcoming book, “From Paris to Tlön: Surrealism as World Literature,” does not stop with “Reverie.” While she posits that a plot similar to Nabokov’s “Lolita” is vulgarly sketched in “Reverie,” she sees the actual character of Lolita as inspired by Dali’s Dullita when she appears a second time, in a more poetic and realized form, in the surrealist’s memoir “The Secret Life of Salvador Dali.”

Neither work is an entirely convincing parallel on its own, Ungureanu said, but seeing the two Dali writings beside “Lolita” is striking. Unlike Maar, Ungureanu is not making the case of theft, but instead of “creative exchange” between contemporaries.

“Nabokov combines the bare plot of the old Dullita story with the poetic emotion of Dali’s mature account of Dullita, and this becomes his Lolita,” she said. “It’s an act of creative borrowing, reuse, and creative reimagination.”

Ungureanu said that “detective criticism” like this can help people better understand the wider range of an author’s influences, because it starts with the the suspicion that a writer does not always “serve you on a tray their true sources.”

Nabokov himself never suggested that he owed a debt to Dali, but some of his works contain a kind of surrealism (Humbert Humbert’s hallucinations in “Lolita,” or the dreamscape setting of his novel “Invitation to a Beheading.”) And Nabokov was certainly aware of Dali, whom he mentions by name in his novel “Pnin.”

As additional evidence, Ungureanu notes that, unlike the obscure German short story, it is far more likely Nabokov would have actually read “Reverie” and “The Secret Life,” because the latter book was widely read, and because Nabokov ran in the same circles as Dali and other surrealists.

(When Nabokov spent a few years in Paris, from 1937-1939, for example, he published in a world literature magazine called “Mesures,” for which surrealists such as Andre Breton and Paul Euard also wrote.)

Dali’s “Reverie” was also originally published in another literary magazine called “Le surrealisme au service de la revolution,” which Ungureanu argues could be easily found in Paris bookstores at the time Nabokov was living there. And “The Secret Life” was reviewed by the New Yorker at the same time Nabokov was writing for the magazine.

Boyd, the Nabokov scholar, and a professor of literature at the University of Auckland in New Zealand, said he finds the connection plausible in part because it’s likely that Nabokov would have actually read Dali, but also because the Russian writer loved to take inspiration from many different places.

“Nabokov used to say he liked to gather bits of straw and fluff for years before built his nest,” Boyd said. “And this could be an example of that.”

There is one more convincing piece of evidence Ungureanu points to. It is a well-remembered scene from “Lolita,” in which Lolita shows Humbert Humbert a photo from a popular American magazine while sitting on his lap. The photo is described as showing a surrealist painter beside a plaster replica of a half-submerged bust of Venus de Milo. In the course of her research, Ungureanu discovered a photo of Dali, who once famously created an altered plaster of Venus de Milo, standing beside a half-submerged mannikin. The photo ran in LIFE Magazine in 1941: 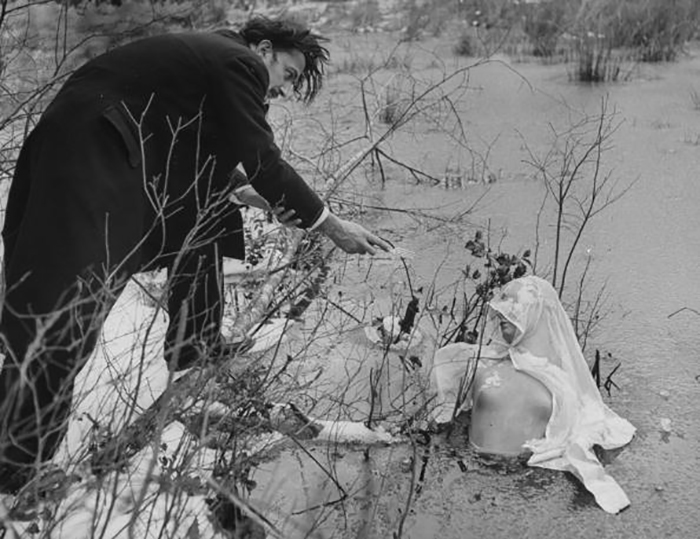 Boyd said he had always assumed that the painter in the photo was meant to be Dali, though he added that no one had found a photo to match it until now.

And Nabokov enjoyed leaving such “easter eggs” in his text for people to find, according to Tom Roberts, a professor of Russian studies at Smith College in Massachusetts. “He liked putting in extremely oblique references that people could be sent to track down in libraries,” he said.

There is perhaps no way to definitively know if “Reverie” and “Secret Life,” influenced Nabokov. Little documentation survives of those few years Nabokov spent in Paris, and what he was reading at the time.

But Ungureanu said she has no doubt Dali was an inspiration for “Lolita.”

“Great writers belong to no national literature, they belong to the world,” she said. “Smart people are going to pick up smart things that speak to them.”

Ungureanu’s “From Paris to Tlön: Surrealism as World Literature,” which tracks the hidden influence of surrealism on literature, will be published by Bloomsbury in November.

Left: Different covers of Vladimir Nabokov's "Lolita" over time, which was originally published in 1955. Credit: From the book "Cover" by Peter Mendelsund, published by PowerHouse Books.