A battle with cancer in the 1940s left artist Henri Matisse confined to a wheelchair. Poor health prevented him from painting, but didn’t stop him from creating art. Instead of using a paintbrush, he began — as he described it — “painting with scissors.” Matisse cut shapes out of paper freehand, arranging and rearranging the forms until he was satisfied, then glued the compositions to paper, canvas and board. 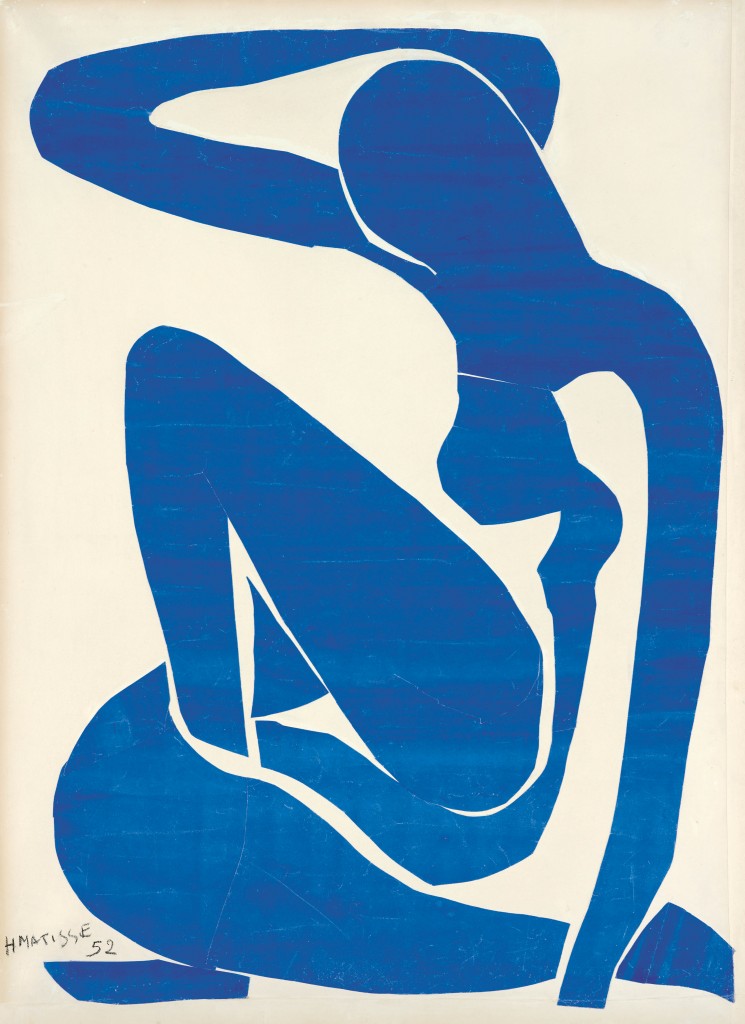 Now, 120 of Matisse’s paper cut-outs — created between 1936 and 1954 — have been collected and will be on display at the Tate Modern in London. Tate director Nicholas Serota told Reuters that this is the first time many of these late works have been reunited for an exhibit.

In the last 14 years of his life, Matisse designed and constructed the gouaches découpés on enormous scales.

“Only what I created after the illness constitutes my real self: free, liberated,” Matisse said of his later work. 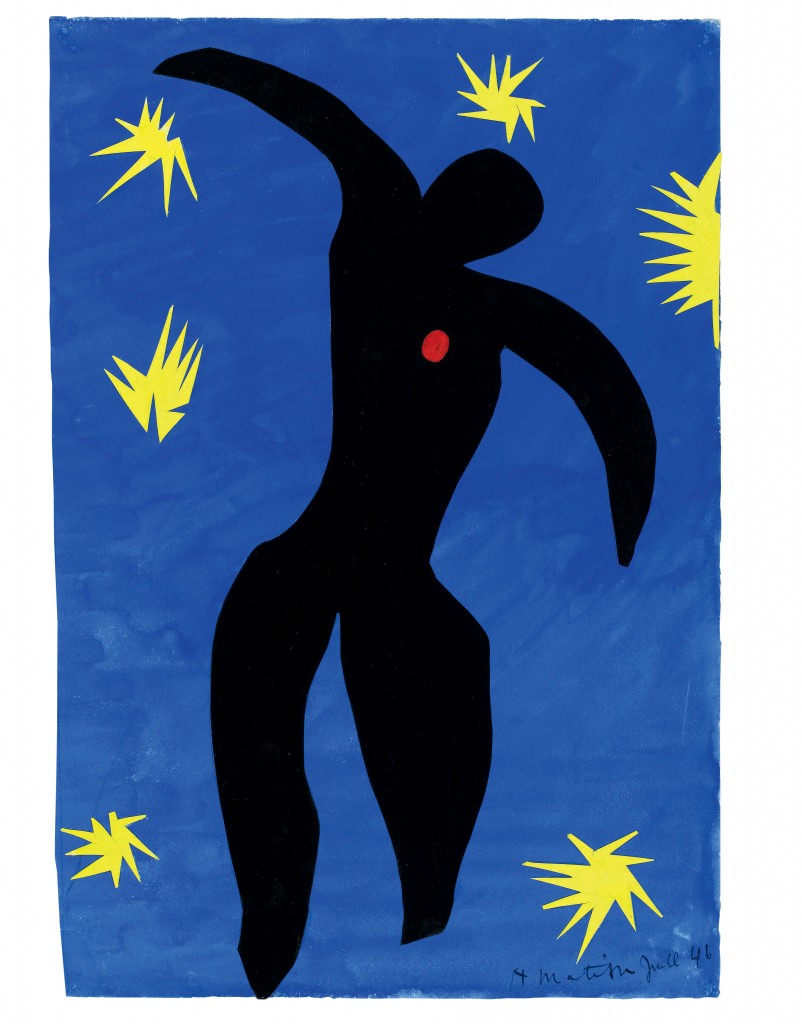 “They are more like installations or environments than paintings,” said Nicholas Cullinan, curator of “Henri Matisse: Cut Outs”. “They were a way of collapsing line and colour; at the same time they were a kind of sculpture — carving into pure colour.”

The exhibit will move to the Museum of Modern Art in New York before the various works are returned to their respective galleries and private owners. 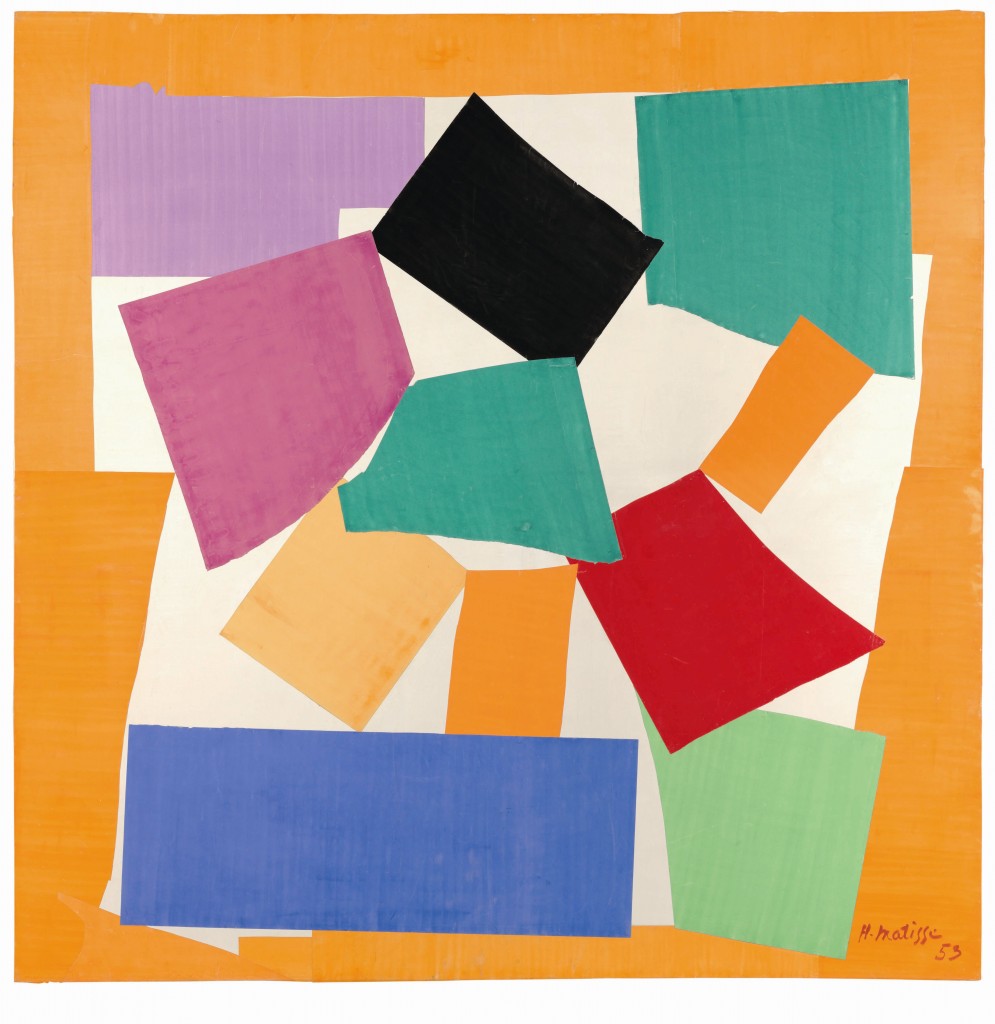 “The Snail 1953.” Gouache on paper, cut and pasted on paper mounted to canvas. Art by Henri Matisse / Image by Tate

Left: "The Horse, the Rider, and the Clown 1943-4." Maquette for plate V of the illustrated book "Jazz." Art by Henri Matisse/Image by Centre Pompidou