One Can Still ‘Rock’ Out to ‘Fireworks,’ 35 Years Later

Fireworks have become synonymous with Fourth of July celebrations, from large explosions of colors that light up the night sky over your town to small sparklers that can be enjoyed from your own yard. Songwriter Lynn Ahrens discovered in 1976 that fireworks could also be a tool for education. 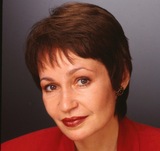 The song “Fireworks,” written by Ahrens for the children’s musical-education show “Schoolhouse Rock” during the United States’ bicentennial in 1976, tied the popular holiday imagery of fireworks into the history of the country’s independence from Britain. Using catchy music, memorable lyrics and the imagery of the “diamonds in the sky” to help children then — and today — remember the purpose and the history behind Independence Day.

Ahrens wrote many of the famed “Schoolhouse Rock” songs, including “The Preamble,” “Interplanet Janet” and “Interjections.” She’s also won a Tony Award for the musical “Ragtime,” earned two Academy Award nominations for the film “Anastasia” and an Emmy Award. Her musical “Seussical” is one of the most performed shows in America.

Thirty-five years after its debut, Ahrens spoke to the NewsHour about writing the now-famous educational song and her experience with “Schoolhouse Rock.”

How did you come to write music for “Schoolhouse Rock”?

LYNN AHRENS: My first job in New York was as a secretary in the copy department of a large advertising agency, McCaffrey and McCall. (This is the agency that originally created and produced Schoolhouse Rock.) On my lunch hours, bored with typing and making coffee, I’d bring my guitar to work and write songs to amuse myself. One day, one of the producers of the show, George Newall, stopped by my desk and asked if I’d like to try writing a Schoolhouse Rock song. I jumped at the chance, of course, and within a year I had become one of the mainstays writers for the series, working with the great Bob Dorough and others. That was when my career as a songwriter actually began.

How did you get the idea to write the song “Fireworks”?

LYNN AHRENS: When you write for animation, you have to think visually and try to give the designers and animators something to bounce off. What could be more visual than fireworks! It seemed a no-brainer to use them as a metaphor for times exploding, tempers exploding, a revolution and a celebration. (“We’re gonna shoot the entire works on Fireworks…” was also the first time I discovered how to write an Internal rhyme, one I still like.)

The fireworks, which today are commonly associated with the 4th of July, are very cleverly used as an allusion to the sparks which ignited the American Revolution with the creation/signing of the declaration of independence. Was it important to tie an image that is familiar to children into the history of the country for the song?

LYNN AHRENS: The whole point of Schoolhouse Rock was to help kids learn–in a fun way–things they would normally be expected to memorize by rote. In fact, the series was created by David B. McCall (president of McCaffrey and McCall) who realized that his own kids could remember all the words to pop tunes, but couldn’t remember their times tables. Visual images are always a good thing in song lyrics–I think they make ideas and feelings stick in the mind. And if you have catchy music, fun ideas and terrific visuals, it all works together to entertain, and hopefully get a little information to stick.

On that note, how different is it writing lyrics/music for children than it is for writing for older audiences? Especially when trying to educate?

LYNN AHRENS: The truth is, I don’t really “write for children” and I never try to educate. I write for myself–what I think is accessible and tuneful, something I enjoy. Kids are incredibly smart and sense it when they’re being talked down to, so I never, ever do that. I think Schoolhouse Rock has become a classic because the kids who once loved it can still love it as adults.

‘Fireworks’ was written during the United States’ bicentennial back in 1976, making it 35 years old this year. Do you still think the song stands the test of time? What are your views on your work today?

LYNN AHRENS: At the time I wrote “Fireworks” and most of the others, I was fresh out of college with a degree in Journalism and English, but no musical training whatsoever. I just started plunking out tunes by ear, and writing songs in a somewhat primitive and intuitive way. Somehow they caught on. Today I work mostly in theater and film. The composers I work with have a vast breadth of musical knowledge, and although I know a lot more about music now, I stick mostly to lyrics, because I’m a good tunesmith, but a far better lyricist. I think all of the Schoolhouse Rock songs have clearly stood the test of time, because they were written with such innocence, energy and joy. That still shines through. Even if I’m critical of my own imperfect rhymes and simple chord changes from that time, I still find them endearing and great fun–written by a younger and more impulsive me.

How does it make you feel to know that many children cite songs such as “Fireworks” and your other Schoolhouse Rock works as their reasoning for knowing about items such as the Declaration of Independence or Energy Conservation? Several NewsHour staff have vouched that the Schoolhouse Rock song ‘Preamble’ helped them memorize the Preamble to the United States Constitution.

LYNN AHRENS: I love being a cultural icon and a goddess at such a young age!

LYNN AHRENS: Tom Yohe and Jack Sidebotham, two of the creators and geniuses behind Schoolhouse Rock, have sadly passed away. But George Newall is still going strong, as is Bob Dorough. We recently wrote and recorded a bunch of new songs for “Earth Rock”–animated songs which promote conservation and earth consciousness. Tom Yohe’s son, Tom Jr. is now designing. And Tom Yohe’s grandson did some voice overs on one of my new songs. Schoolhouse Rock rocks on through the ages!

Lastly, are you going to be watching any Fireworks this Fourth?

LYNN AHRENS: Yes– from the rooftop of my building in NYC. It’s always an amazing night.