‘One Day, I Will’ project shows children’s ambitions in four African countries

The little boy said he wanted to be a soldier.

Vincent Tremeau, a photographer based in Dakar, Senegal, who was working at the time in the Central African Republic, was surprised by the answer. A civil war that began in December 2012 has brought destruction to the country, killing thousands and displacing a quarter of the country’s population. He wouldn’t have thought that the boy wanted to grow up to fight.

Tremeau was photographing the child as part of a new project, “One Day, I Will,” based around the question, “What do you want to be when you grow up?” He asked children to dress as their chosen profession, in outfits made from whatever materials they had.

He first thought of the idea for the project while on a different assignment in the Central African Republic, he said. During that trip, he was constantly flanked by children, sometimes 60 at a time, who were fascinated by his camera. “I asked the people if these children were going to school, and what’s the situation for them, and they told me that the school had been destroyed a year ago … and [they] didn’t get any education, at least at school,” he said.

Tremeau began talking to the children about what they have experienced during the war in conversations that sometimes became too emotionally taxing to continue. “They told me so many horrible things that we stopped the interview,” he said. “It was too difficult for them.”

So instead of the present, he began to ask them what they wanted to grow up to do. He asked them to use whatever props they had to demonstrate their ideal profession and continued the project with children he met on subsequent trips to Mali, Niger and the Democratic Republic of Congo. 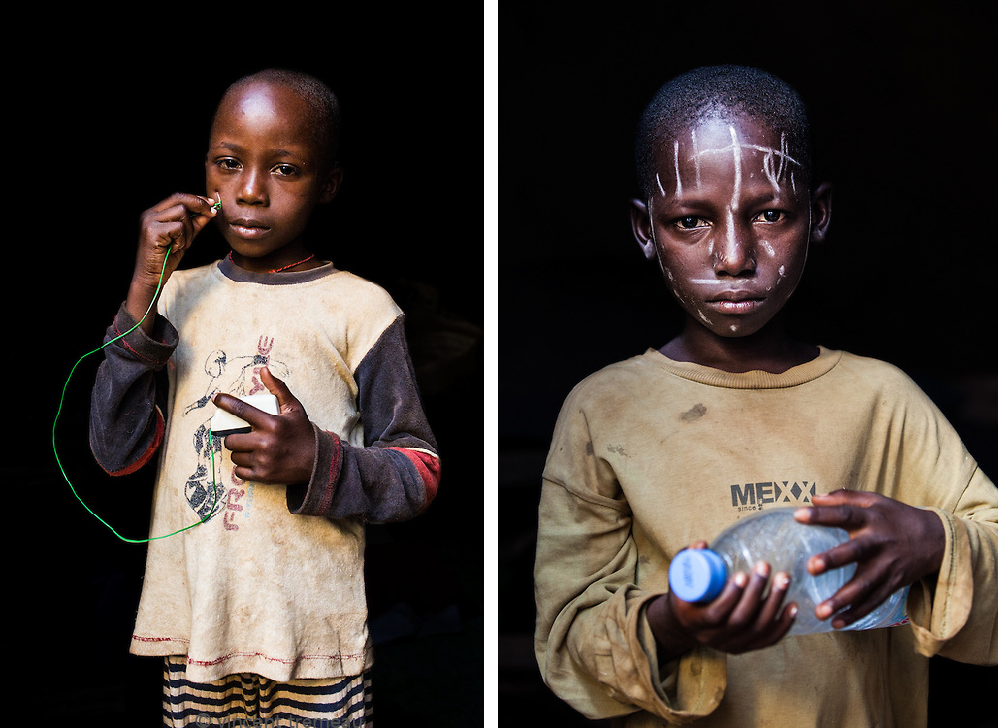 The answers range from teacher to doctor, nurse, electrician or driver. But some of the answers — particularly those from Mali, Congo and the Central African Republic, each of which has experienced recent military conflict — also reveal the toll that war has taken on their lives. The boy who wanted to be a soldier told him that he wanted to grow up to fight the soldiers that had killed his brother. Another who said he wanted to fight because he had had to flee his village 12 times. “If you don’t take care of the children today, you can be sure that they will keep [these] psychological issues inside of them and this will have an impact on the next generation,” Tremeau said.

Tremeau, who is posting a different photograph from the project each day on Instagram, said the project reveals the importance of making education accessible and affordable for children. “Everything starts from school,” he said. “It’s where you learn how to live together, it’s where you learn how to think, to be entrepreneurial. If you don’t go to school, you don’t have the fundamental basis to start your life.”

Check out more of Tremeau’s work below. 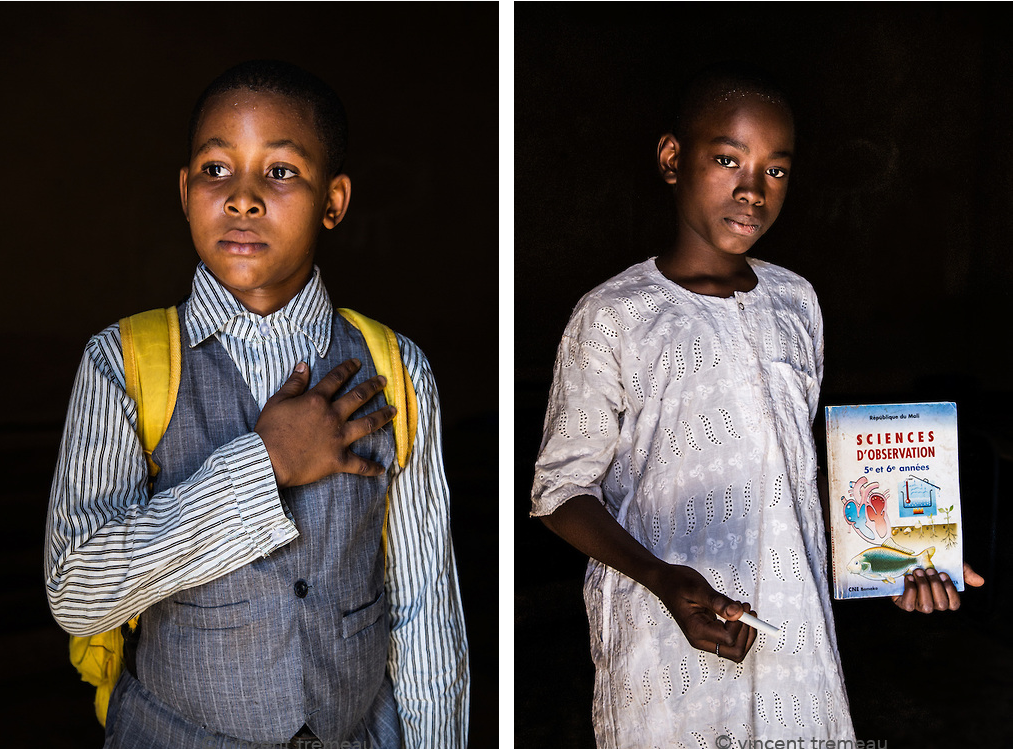 Left (Mali): David Kamaté, 9. “I want to be Président of Mali, because it is a good job, and there is a lot of money in it,” he said. “I would work well for my country.”
Right (Mali): Yakouba Senou, 11, wants to be a science teacher. Photos and caption by Vincent Tremeau 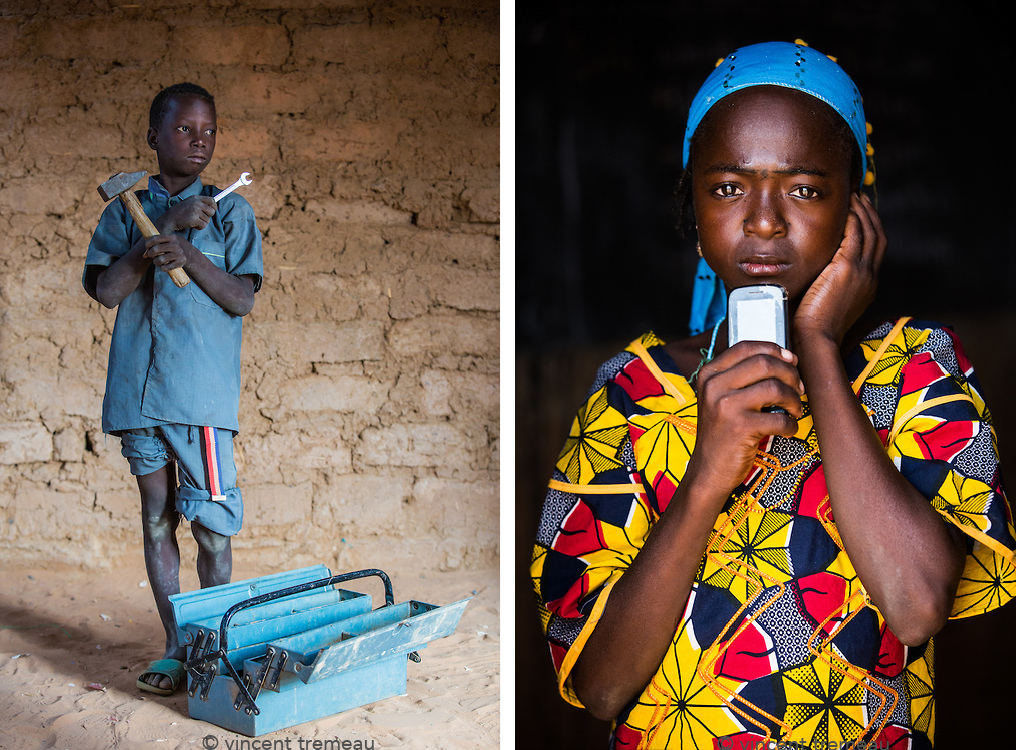 Left (Niger): Rajikou Ibrahima wants to be a mechanic. “I want to be a mechanic, because in my village there isn’t any. To fix cars, you have to go to Tahoua which is 35 kilometres away from my village,” he said.
Right (Niger): Nana Farida Saidou wants to be a journalist. “One day I would like to be a journalist to broadcast information on everything that is going on in my country to the general public,” she said. Photos and caption by Vincent Tremeau 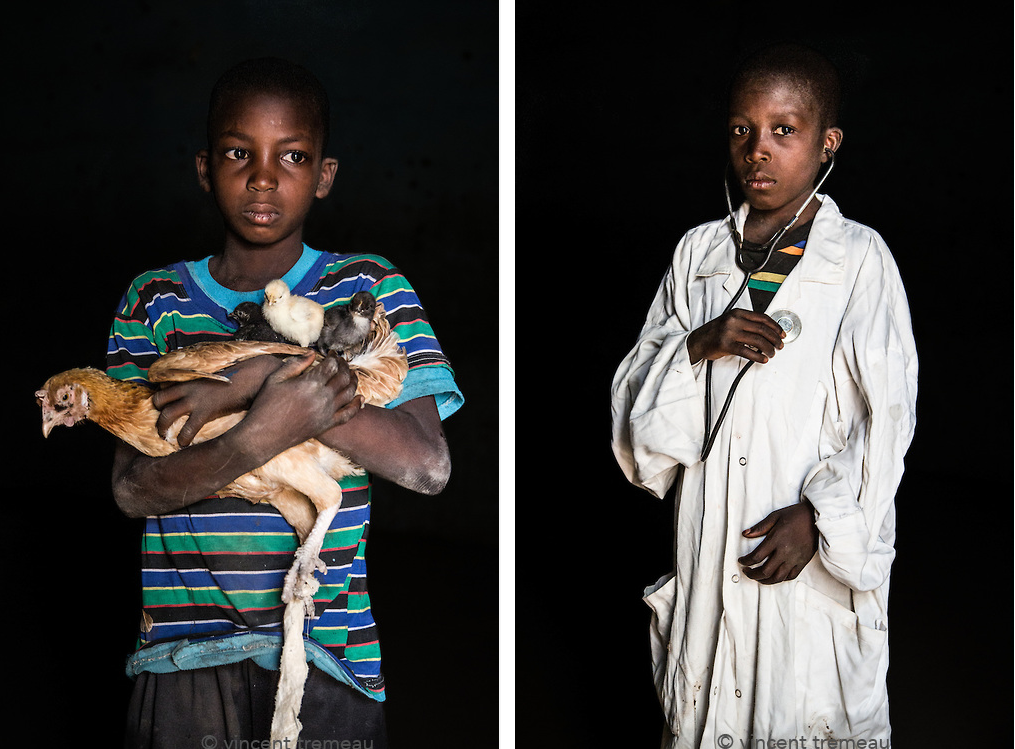 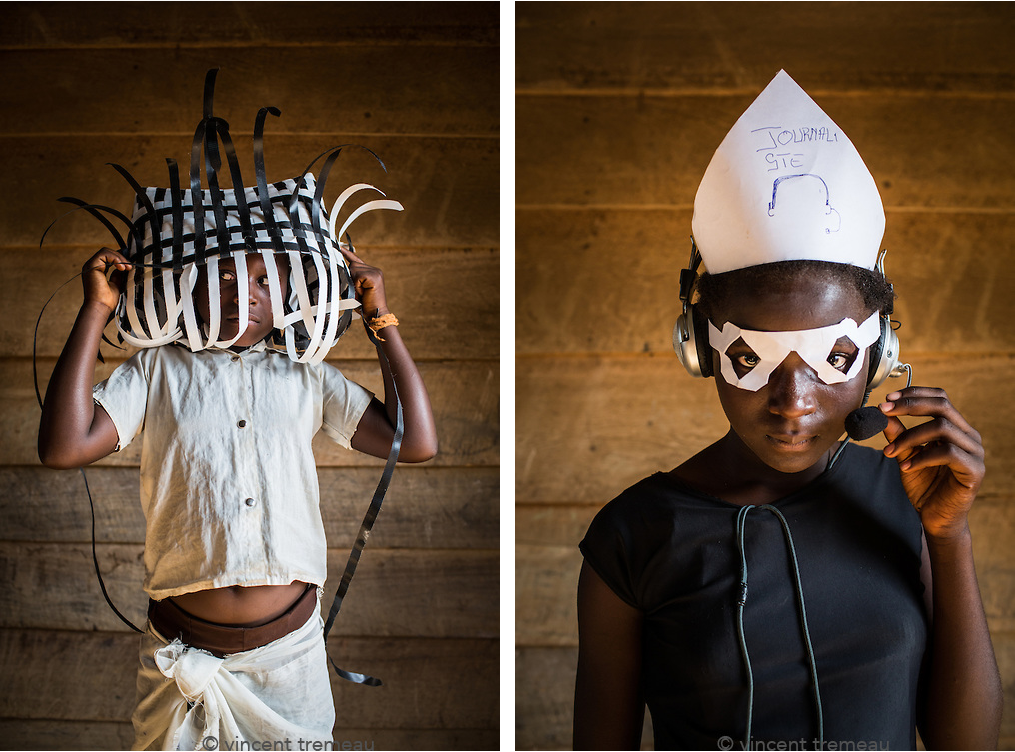 Left (Congo): Chandi, 10, wants to be a basket maker. “Maybe I will get married with someone irresponsible, dirty or even alcoholic. So this baskets will help me. If I have to get married with such a husband, I will start selling my baskets to cover my children school expenses, and buy them food.”
Right (Congo): Georgine, 13, wants to be a journalist. “One day I will be a journalist, like my father who is working in a radio station. If there is visitors in my village, they will give me money and this will help me. My mom is a nurse in a health center nearby.” Photos and caption by Vincent Tremeau

Left: Left (Central African Republic): "Teacher." In 2013, before the conflict broke out, 67% of children in CAR were attending school. Nowadays, they are much less: it is estimated that 1.4 million children have not yet made their way to school again. Right (Central African Republic): "Nurse." Only the organization Doctors Without Borders brings health care to the displaced families living within the enclave. Photos and caption by Vincent Tremeau