Opera Colorado sings about sin in ‘The Scarlet Letter’

It took a small army of seamstresses inside a warehouse in north Denver to create costumes for Opera Colorado’s latest production. But the fabric was unusually drab for the grandiose opera stage.

The outfits were being constructed for the premiere of “The Scarlet Letter” — the classic novel about American Puritanism. 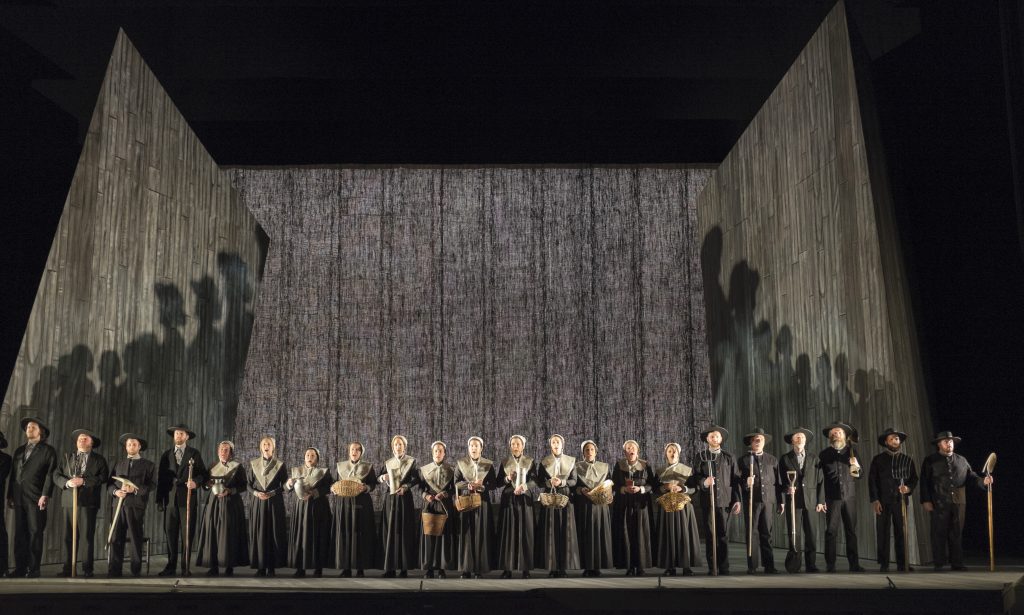 Nathaniel Hawthorne wrote “The Scarlet Letter” in 1850. In it, the character of Hester Prynne wears a red letter ‘A’ on her clothing after being convicted of adultery and giving birth to a child while her husband is away. Her Puritan neighbors in 17th-century Boston scorn her and make her an outcast.

Composer Lori Laitman, who wrote the opera version of “The Scarlet Letter,” says it almost cried out for the opera treatment.

“It was so ahead of its time in showing how a woman could be mistreated by a community and how they can recover.”

“First of all you’ve got this beautiful young woman who bears a child out of wedlock in Puritan society. I mean, already that’s pretty amazing and operatic.”

Laitman says she read the novel in high school but found it much more powerful as an adult. “It was so ahead of its time in showing how a woman could be mistreated by a community, and how they can recover,” she said. 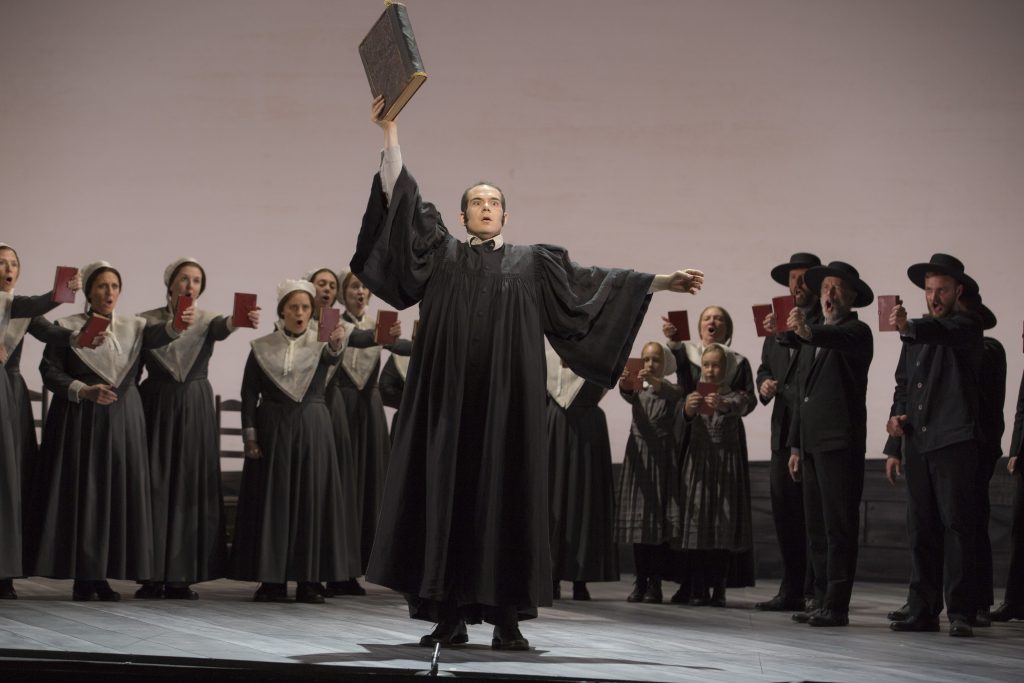 David Mason, the Colorado poet who wrote the words for the opera, calls Hester one of the great feminist characters in all of literature — full of dignity and courage. He says the story feels perfectly relevant today, even though it depicts an era hundreds of years old.

“We are still in a time when we need to see figures like that,” Mason said. “And we need to understand what it is that confronts them and oppresses them in our culture. We’re not as far removed from Puritanism as we might want to be.”

Three years later Opera Colorado was set to bring “The Scarlet Letter” to the stage in spring 2013. But a few months before opening night the company revealed it had a budget shortfall of about $700,000. Opera Colorado was struggling. That’s not unusual in the opera world, where fundraising generally pays for more than half the cost of a production.

Carpenter says the math was simple. Most classic operas cost about $750,000 for four shows. The Scarlet Letter would cost about $1 million. That price tag includes new costumes, the new set and the composer’s fee.

“Some people use the word renaissance, but renaissance implies a rebirth. This is in fact a bona fide birth.”

So the company decided to postpone it and raise money to stabilize the company’s finances, said Carpenter. Even during the delay, some big supporters remained enthusiastic about the opera. Carpenter says there are donors who like funding a classic opera like “The Magic Flute” or “The Barber of Seville.”

“But if you give them an exciting project to buy into, like ‘The Scarlet Letter,'” he said, “suddenly they take a sense of ownership and pride in it. And that inspires them to a new level of generosity.”

Read Next: War and sexuality overlap in Egyptian-American playwright’s work

“Some people use the word renaissance, but renaissance implies a rebirth,” said Scorca, “whereas this is in fact a bona fide birth.”

Opera America maintains a list of North American opera premieres since the 19th century. Eleven American operas debuted in 1995. That number was 29 a decade later, and it jumped to 44 in 2015.

Opera Colorado also has newfound confidence. Carpenter says they’re already looking at more new works — including a production next year that explores transgender issues. “We’ve taken a whole new view of who we want to be and are not afraid to just stand out there and talk about it,” he said.