Latino stars voice both outrage and caution in election year

LOS ANGELES — Celebrities are known to jump on political bandwagons, whether it’s Oprah Winfrey cheering candidate Barack Obama in 2008 or Clint Eastwood and his GOP convention monologue deriding the president in 2012.

While Republican nominee Donald Trump’s harsh rhetoric on immigrants and wall-building might be expected to convert a wave of Latino stars into activists, the reaction has been cautious from some, fiery from others as Latino stars search out their own path in an extraordinary political year.

Their involvement may be influenced by career concerns among the still-emerging Hollywood base of Latino entertainers, as well as the complex and thorny political heritage of Latin American immigrants. Differences are evident among even established stars like Eva Longoria, Salma Hayek and Jennifer Lopez.

“So when Donald Trump calls us criminals and rapists, he’s insulting American families,” Longoria, a veteran political activist, said during her speech to the Democratic convention. “My father is not a criminal or rapist. In fact, he’s a United States veteran.”

Hayek responded to an interview request with a call to arms.

“I think it’s important for all Latinos, not only artists, to get involved in this election. We have been ignorantly insulted by one of the candidates who claims Latinos are criminals when in reality we are a great contribution to America,” the Oscar-nominated actress (“Frida”) said in an emailed reply. 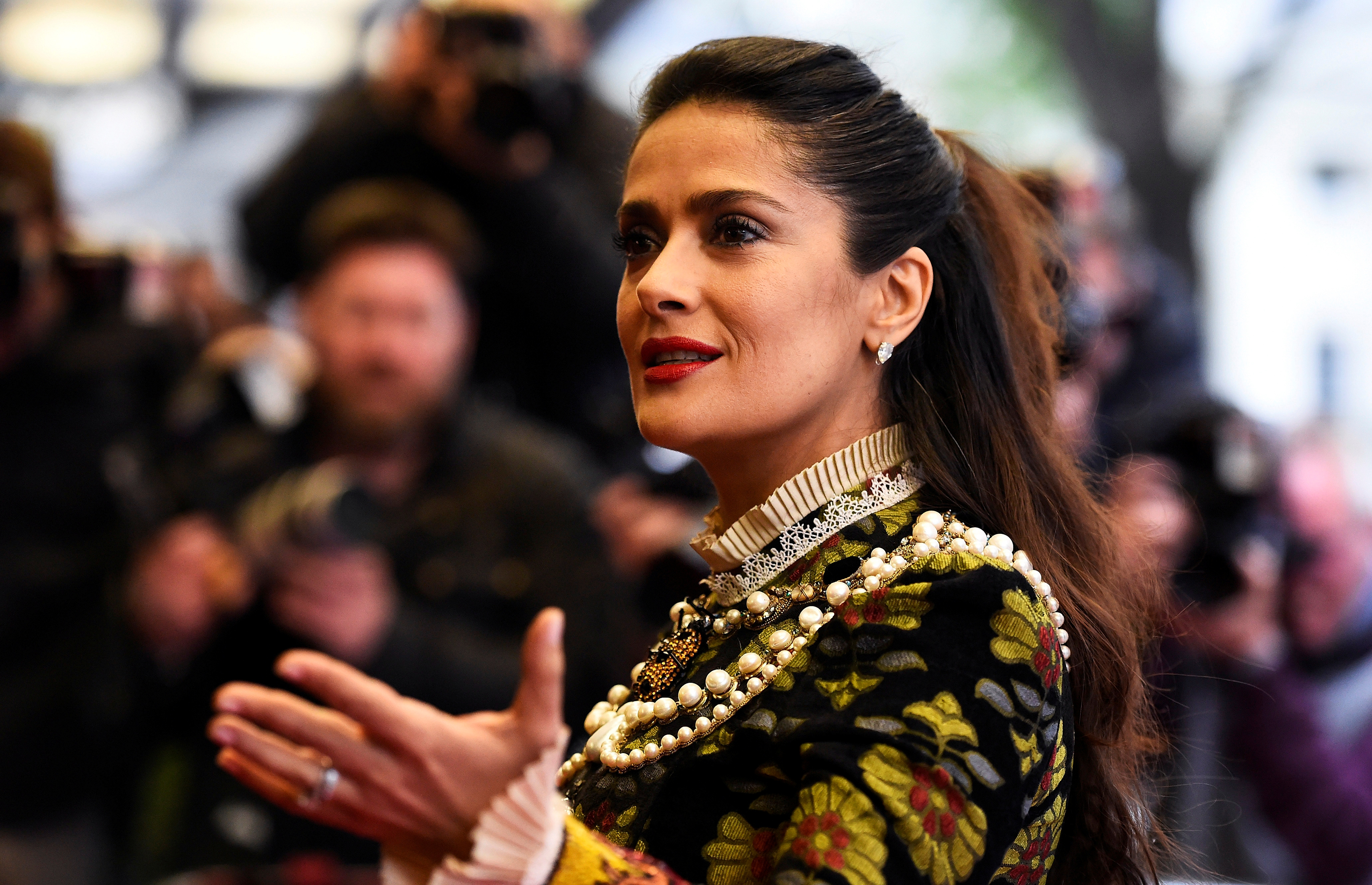 Actress Salma Hayek arrives for the UK Premiere of “Tale of Tales” at a cinema in London, Britain June 1, 2016. Photo by Dylan Martinez/Reuters

“I encourage all Latinos to go out and vote and have their voice be heard because we do hold a lot of power in that sense,” she said. How does she plan to use her power? “By one, voting, and by two, encouraging others to,” Lopez said.

Among African-American celebrities, it’s not unusual to weigh in publicly on volatile topics such as police shootings. But there’s a sharp difference between blacks and Latinos, famous or not, when it comes to politics, said Tom Hollihan, a professor at the USC Annenberg School for Communication and Journalism. Research consistently shows that immigrants in general are less likely to discuss issues with their children, something “acutely” evident among those from Latin American countries where political violence and one-party rule limit opportunities for involvement, he said.

“In the African-American community, on the other hand, we’ve had generations of political engagement with parents, with ministers and with community organizations, and the vote was really hard fought for,” Hollihan said. “It’s part of the culture to be politically active.”

The ranks of successful black entertainers also are far larger than that of Latinos, especially in the film and TV industries that have yet to make significant room for Hispanic actors, and those who’ve made it may fear risking jobs or even their carefully nurtured fame by taking sides. George Takei said he knows well the worries that can keep a performer silent.

“I’m gay but was closeted for much of my life. I came out at ’68. … I passionately loved acting but knew I couldn’t pursue my career if it was known I was gay,” the “Star Trek” actor said. “I’d like to suggest to my Latino friends, take some risks, speak out, be truthful and authentic in how you feel. We live in a different climate now.”

Robert Rodriguez, filmmaker (the “From Dusk Till Dawn” and “Spy Kids” franchises) and founder of TV’s El Rey Network, said he believes that prominent Latinos are beginning to find their voices. At this week’s Democratic National Convention, he used his to endorse Hillary Clinton and encourage Latinos to vote.

“I think it’s a new awareness of power, and more and more will be willing to speak out,” Rodriguez said in an interview. “I think more people will see they have a voice that’s strong enough that they can go out and leverage it. … As more of us start doing it, it will become a trend.”

Voto Latino, a nonpartisan group aimed at encouraging millennial Latinos to register and go to the polls, is satisfied with its enlistment, said President and CEO Maria Teresa Kumar. Wilmer Valderrama (“Grey’s Anatomy,” ”That ’70s Show”) is a recent addition to the board of directors, and America Ferrera, who spoke at the Democratic convention and on Bill Maher’s HBO show, is working with the organization.

What stars are willing to say can vary by generation, Kumar said. The younger ones may be less inclined to denounce a specific candidate, instead favoring “messages about being respected and recognizing the contributions that Latinos are making to this country, and reminding (listeners) this is something we can’t take for granted,” she said.

“Jane the Virgin” actress Gina Rodriguez, a Voto Latino member, said in an interview that she’s a longtime advocate for voting and much-delayed immigration reform — then added a subtle aside: “God willing, our next president, she will (enact) immigration reform that will help change the situation we are currently living in,” she said, with a small smile punctuating “she.”

“In the Spanish-speaking world, a number of celebrities who don’t (usually) get involved have been speaking out against Donald Trump,” he said, including musicians Shakira, who condemned Trump’s remarks in Twitter and Facebook postings.

More celebrities may yet make their opinions heard, said Louis DeSipio, professor of political science and Chicano-Latino Studies at the University of California, Irvine.

“Most average people are not paying attention to the election until later,” he said, giving both the Clinton and Trump campaigns time to get their surrogate spokespeople, celebrity or otherwise, in order.