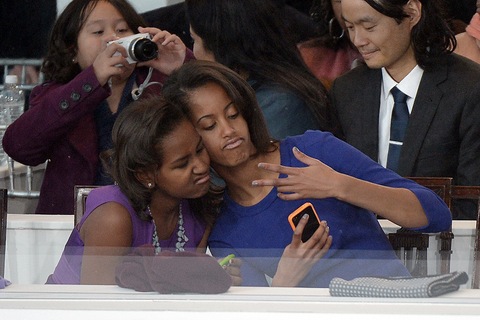 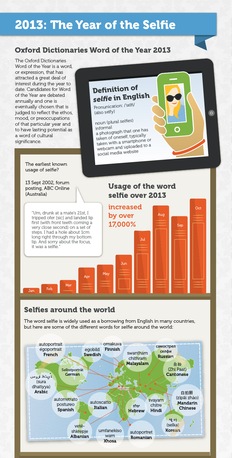 There’s no telling when the first “selfie” was taken. You could argue that the self-portrait — think Vincent Van Gogh with a painter’s palette or Frida Kahlo surrounded by monkeys — is its original form, and that the artists from centuries ago influenced a contemporary trend popularized on social media sites like MySpace and Instagram.

But according to Oxford Dictionaries, the word “selfie” was first used on an Australian online forum in 2002. More than a decade later, the dictionary has decided that now is the time to recognize “selfie” as an official member of the English language. Monday, it announced that selfie will be its word of 2013, joining 2012’s “GIF” and beating out the likes of “bitcoin” and “twerk.”

Though it’s not yet in the Oxford English Dictionary (it’s currently being considered for future inclusion), selfie was added to OxfordDictionaries.com in August.

At arm’s length and with a tilt of the head, nearly everyone has perfected the art of the selfie. So with Monday’s news, we decided to revisit some of our favorite selfies of the year.

In August, Pope Francis posed with a group of Vatican visitors. This might have been the holiest of selfie photographs to date.

In the realm of virtual selfies, Grand Theft Auto takes the cake, albeit a very twisted, warped-looking kind of cake. As a player, you have the option of taking a selfie with one of the game’s impressive scenes behind you. 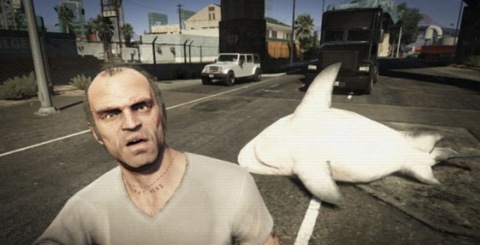 And veering towards the dangerous and controversial, selfies while driving and selfies at funerals have become the latest selfie trends of the year.

Yes, those fads may be bizarre, but they’re not as out of this world as astronaut Luca Parmitano’s selfie from space.

And finally, one of our personal favorites (we promise we’re not biased), comes from PBS NewsHour’s Gwen Ifill and Judy Woodruff, one day before their co-anchorship became official.