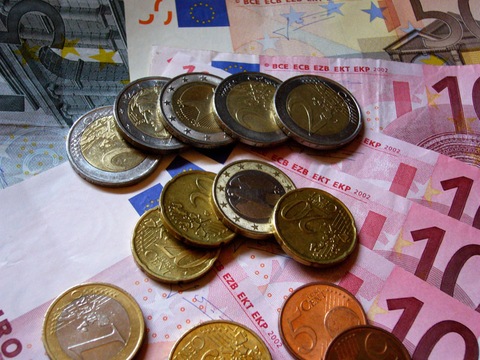 With the eurozone in such obvious economic turmoil, we turn to former chief IMF economist and longtime friend and favorite of Making Sen$e, Simon Johnson (Peterson Institute, MIT). We asked him a series of pressing questions:

Paul Solman: Is the eurozone headed toward or already in recession? What effect will that have on the U.S? What’s your prognosis for the U.S. economy?

Simon Johnson: The eurozone economy is definitely slowing down — the latest data from Germany, the zone’s largest economy and perpetual bellweather, show that growth almost came to a standstill in the second quarter, and developments since the end of June have hardly been encouraging. Taken as a whole, the 17 members of the eurozone grew more slowly in the second quarter than in the first quarter.

Still, despite the repeated sovereign debt crises and associated disruptions to financial markets, Europe is still growing. And a slower Germany economy reduces the risk inflation and thus creates an opportunity for the European Central Bank to cut interest rates. Full-blown recession, meaning a fall in GDP for at least two consecutive quarters, still seems unlikely.

But the world economy is definitely slowing down and this will affect the U.S. We should expect relatively low growth and disappointing job creation in the near term.

Paul Solman: If Greece defaults, how will the European and world economies be impacted? Do you think it will happen, and if so, by when?

Simon Johnson: Greece will definitely restructure its debts — this much has already been determined. This restructuring may not count as a default, if banks and other creditors “voluntarily” agree to new terms. But it is hard to keep any agreement voluntary while also reducing Greece’s debt burden by enough to create the basis sustainable growth — if Greece is asked to pay too much, this will imply more austerity than is feasible in economic or political terms.

The effects of any more dramatic default will depend on how it is handled. If there is international support and new funding in place, the negative spillover effects should be limited. The real risks are potential contagion to Italy and other larger eurozone economies. Reducing these risks should be a top priority for eurozone leadership but it is unclear if they will take decisive steps early enough.

Peter Boone and I have a recent policy paper that reviews these issues in more detail and goes through the feasible options.

Paul Solman: How likely is it that European economies will be able to continue their planned austerity measures in the face of slow growth?

Simon Johnson: The constraint on austerity is more political than economic. We should expect budget cuts to slow down these economies. The question is: Will the population accept such cuts and their implications, or will there be some sort of political backlash? The jury definitely remains out on this issue.

Paul Solman: In an attempt to protect against wild market swings, France, Italy, Spain and Belgium announced a ban late last week on the short selling of stocks for 15 days. How does it work? Should the U.S. try something similar?

Simon Johnson: Bans on short selling are seldom effective. Most likely, investors who wish to bet on asset price declines will just move their transactions into derivative positions, which are much harder to control. Preventing asset prices from falling when sentiment becomes more negative is like ordering the tide not to come in. If you time it right, you might look smart for a while. But then you’ll get very wet.

Paul Solman: How do you explain the wild market swings of recent weeks, both in Europe and here?

Simon Johnson: In the U.S., there has been a political swing away from being willing to use counter-cyclical policy. Fiscal policy is now leaning towards contraction, primarily through spending cuts. Monetary policy is under great pressure not to be more expansionary — some Republican presidential candidates have even taken to criticizing Federal Reserve Chair Ben Bernanke by name. 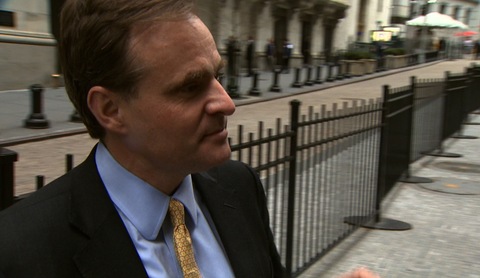 At the same time, the shocks coming from Europe have intensified as there is no clear end to the sovereign debt problems. And emerging markets, such as China, also seem to be slowing down.

Paul Solman: Is the European Central Bank (ECB) simply delaying the inevitable by bailing out the likes of Greece, Portugal and now even Italy?

Simon Johnson: In my paper with Peter Boone, we argue that there are still escape options for the eurozone — and for the European Central Bank. But so far there is no willingness to take decisive action. Instead, the ECB and other eurozone leaders prefer to delay dealing with the underlying issues — including whose bonds will be bought up by the ECB and on what terms. As a result, policy is moved mostly by market events. This is not conducive to stability and growth.

Paul Solman: What are you hoping to hear from the meeting between German Chancellor Angela Merkel and Nicolas Sarkozy, the president of France, in Paris Tuesday?

Simon Johnson: It would be nice to hear a coherent and clear statement of the problem — high levels of sovereign debt and the need to bring that under control. Alternatively, announcing some form of jointly guaranteed Eurobond and moving towards a more centralized fiscal policy could also help.

Paul Solman: What market signs are you watching most closely these days and what do they seem to be saying?

Simon Johnson: I watch bank stocks carefully, both here and in Europe. This is a major pressure point. Will big banks be bailed out and, if so, by whom? What happens if one or more global megabanks run into serious trouble?

Paul Solman: Is there anything else interesting happening we haven’t touched on that is important for our audience to understand?

Simon Johnson: China is an increasingly important part of the global economy. If China can continue to boom despite everything, that would be most helpful. But the odds on this are slipping.