Gary Dahl, the advertising copywriter behind the 1975 fad Pet Rock, died March 23 at the age of 78. Dahl’s wife confirmed Tuesday that the inventor of the pop culture craze died of chronic obstructive pulmonary disease, the Associated Press reported.

The concept for the easy, cheap pet sprung out of bar conversation with friends. But the product was an overnight success, selling 1.5 million rocks over a period of months for $3.95 apiece.

Dahl initially bought several one-cent Mexican beach stones at a building supply store and packaged each one inside a cardboard box, atop a straw nest. The 20-page step-by-step manual that came with each Pet Rock covered how to feed and train “your sensitive pet,” including helpful tips such as “a pat of approval works wonders.” 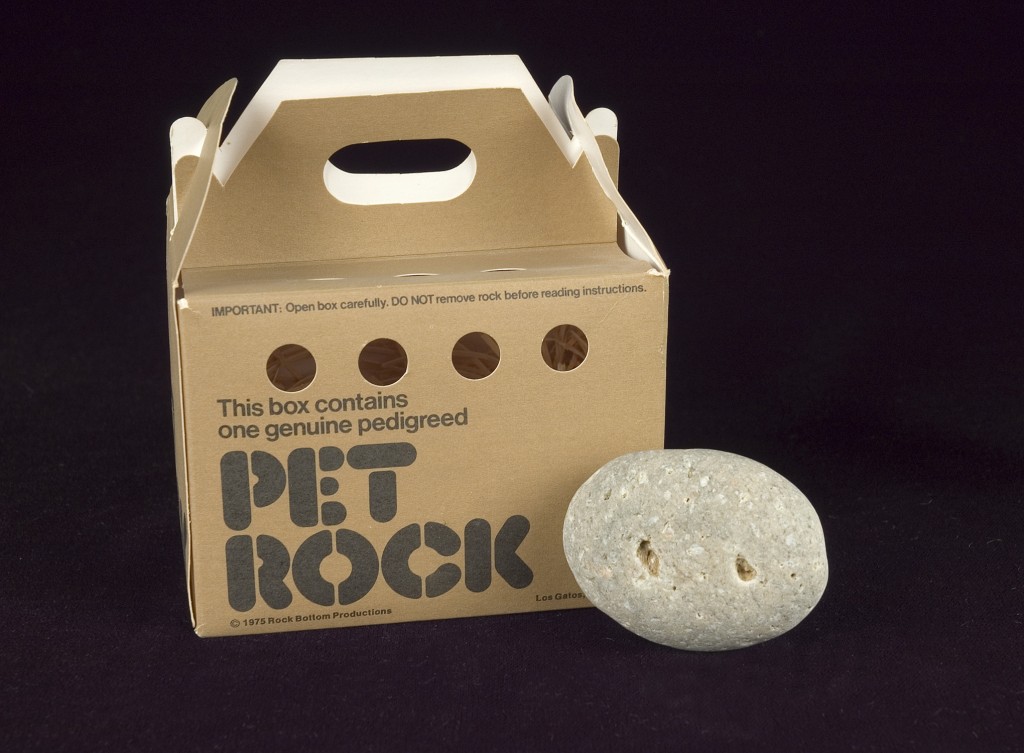 1975 version of the Pet Rock. Photo courtesy of the Strong National Museum of Play

As CNN Money pointed out, Dahl told the Toledo Blade in 1999 that the Pet Rock was a product of its time.

“At the time, the Vietnam War was winding down; Watergate has just started up,” he said. “There was a whole lot of bad news going on. People were down. It wasn’t a real good time for the national psyche. I think the Pet Rock was just a good giggle. Everybody needed a good laugh and the media ate it up.”

We’ve seen panda cams, puppy cams, even sloth cams. So, in that spirit, and in tribute to Dahl, we introduce to you: the Pet Rock cam.