A project by photographer Chloe Aftel aims to give greater visibility to the diversity of gender beyond “male” and “female.” For her series “Genderqueer,” Aftel photographed self-identified genderqueer individuals in their homes in an effort to explore a community that she says is too-often misunderstood. Aftel began the project in 2013, but it began to draw more attention after her photos of Sasha Fleischman, an agender teenager who was attacked on an Oakland, California, bus, were published in San Francisco Magazine. She spoke about the importance of letting genderqueer individuals define their own experience and how that informed her artistic process.

ART BEAT: What inspired this series?

CHLOE AFTEL: Gender had always been something that I had always found fascinating, mostly because the binary just never really made sense to me. I never really felt like someone was one or the other. And then I was talking to a friend of mine and he told me about this genderqueer [movement] that was gaining a lot more traction, and I thought, let’s see what that community is about, what the people are interested in and what they’re talking about, and what the movement is centered on. Because gender is so amorphous in its own way, I was wondering what would happen if I just examined it instead of trying to figure out what was going on. 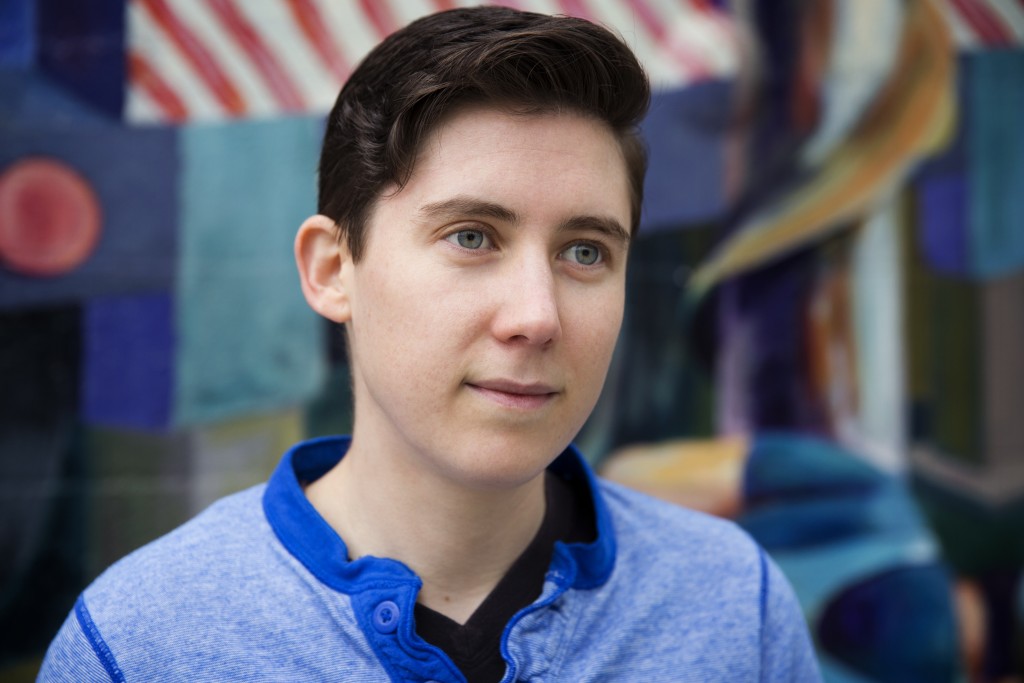 The word “genderqueer” can be used as an umbrella term for a number of different gender identities. Aftel aims to capture the “multiplicity” of ways people explore their gender.

ART BEAT: Why did you want to explore gender beyond the binary?

AFTEL: In the majority of my experience, people have thought, you’re a boy or a girl, a woman or a man. You’re one or the other. And you can play around with that idea, but there’s really not a lot of room to move. It just didn’t totally make sense to me that you had to fit in one compartment or another, and I think all people are more complicated than that. I think people identify in a multiplicity of different ways.

A lot of people experience their gender much more on a continuum, and I think there hasn’t been a lot of dialogue or a lot of space for that. And I think it’s super unfortunate. Especially with a lot of the older people I shot, they’ve had to live a life that was hidden because there wasn’t a lot of patience and tolerance for the way that they felt they could best express themselves, which I think is a horrible way to have to live your entire life. But I think a lot of people now are open to the idea that there’s different ways that gender presents and that people aren’t simply this or that, and that there can be a fluidity and also a multiplicity in how people express themselves.

That’s what was so nice about this particular movement, because at least in my mind, it creates a lot of space for people to figure out who they are and how they want to be that and what is the most genuine expression of themselves. It’s not up to anyone else to decide who you are. 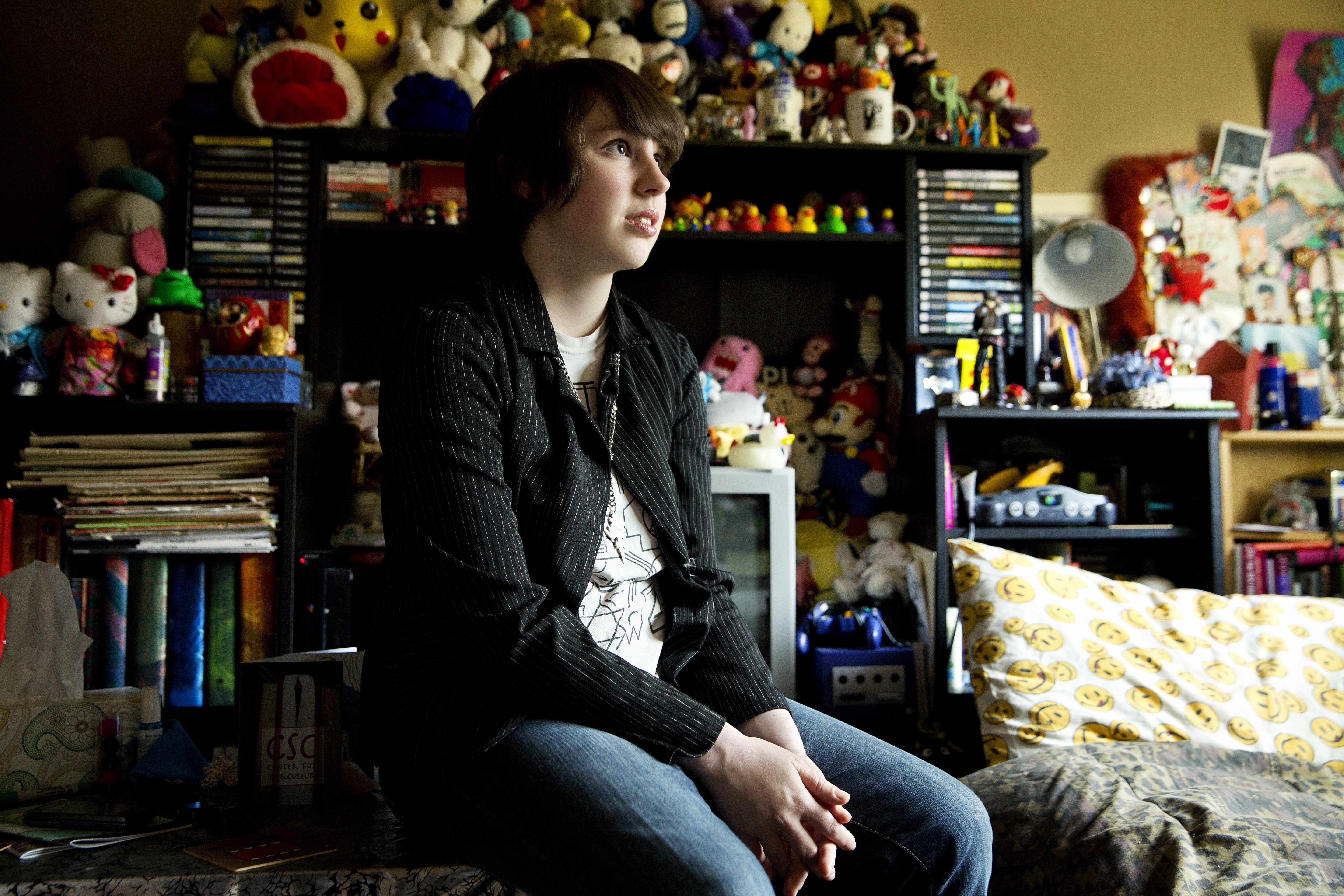 Aftel said the idea of a gender binary never “made sense” to her, prompting her to explore gender through her work.

ART BEAT: How do your portraits convey that idea of self-expression?
AFTEL: I really wanted to shoot people where they live, on their own terms. They’re not styled, they’re not dressed in any particular way, they’re not presented. I really just wanted them to be whoever they are, and to show up and give me real access to them. One can only hope–and I do really hope that this is the case–that what those pictures do is present interesting people in a very personal and vulnerable way.

I hope that the pictures convey that gender is a many-mirrored room, an interdisciplinary thing. It’s not just one thing. And all these different people have different ways that they see themselves and feel about themselves and want the world not only to see them, but I think want to also feel accepted for who they are.

I hope the pictures present everyone as very human and very real, with their own idea of sensuality and their own idea of who they are, and that it compels people to think about it, or compels people to have an interest. And more than anything else, not to identify anyone who is genderqueer as “other,” but rather as part of a very large continuum that we are all a part of. 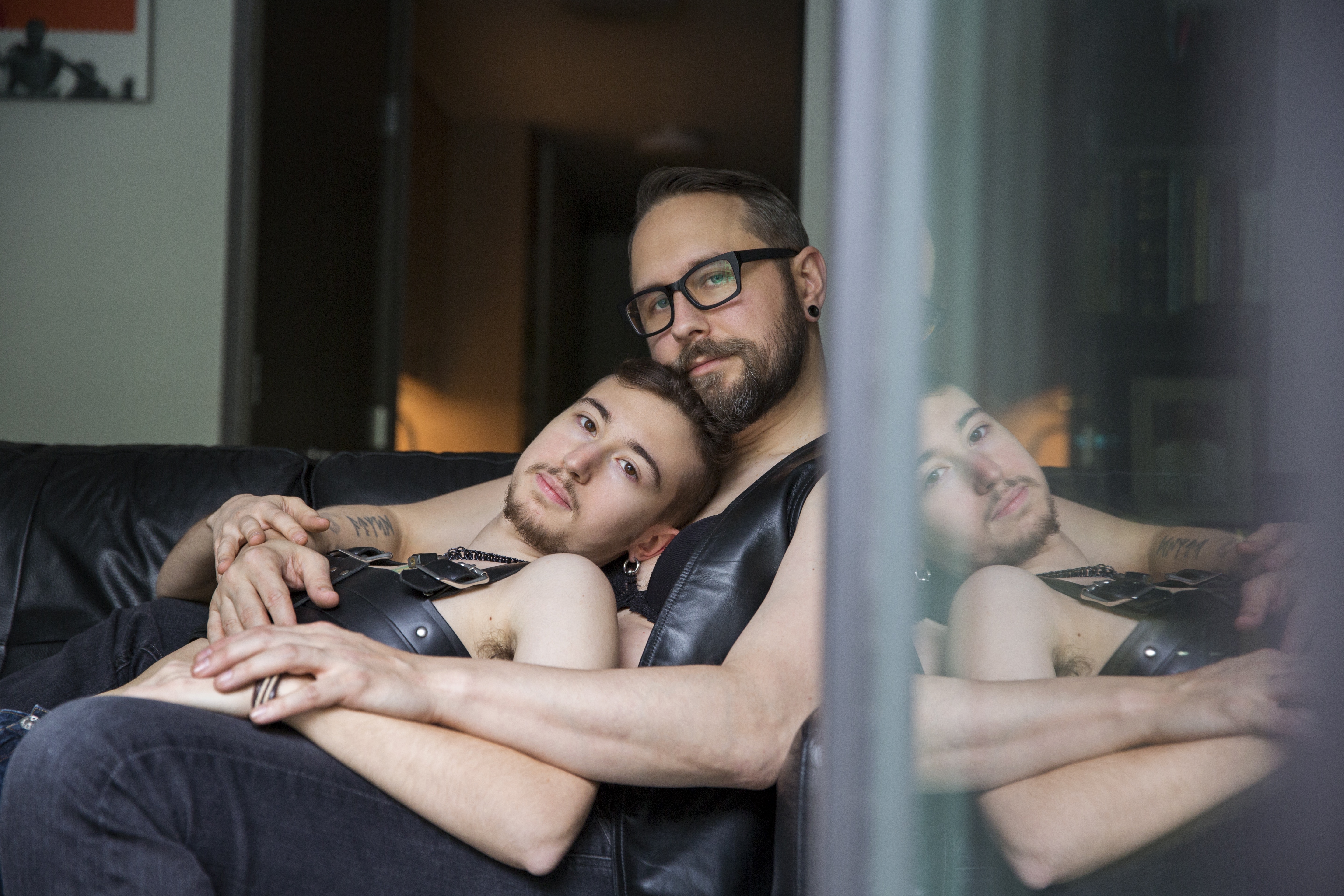 Aftel’s subjects helped choose the location for the shoot within their homes.

ART BEAT: How did you develop that sense of intimacy with your subjects?
AFTEL: It was time spent with them, talking to them, getting to see who they are, and trying to ascertain what places are of significance in the house, where’s somewhere that has an emotional meaning. And with the ones that would let me, an exploration of the physicality, so: how do you present yourself? Who are you?

With the ones who were comfortable showing me more of their bodies, it was a very rewarding and interesting experience because it allows me to have more to present. It allows me to say, there’s this body, and this body may not be exactly what you think it is, but it’s compelling and it’s meaningful and very personal. With a lot of them, I would spend two, three hours talking about the idea of gender and the genderqueer movement and their own personal struggles to find their place. 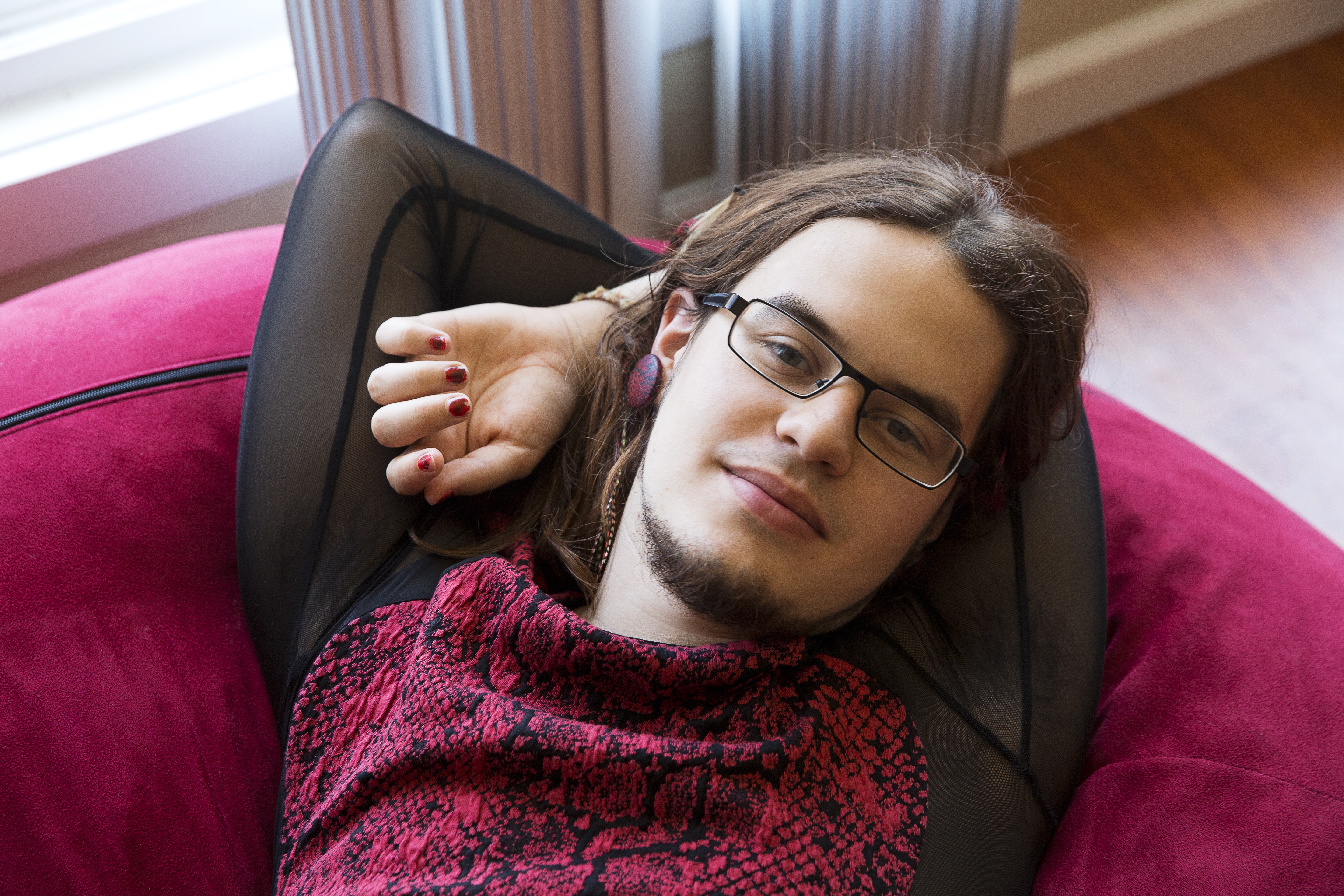 Every person has a different relationship to their gender, and that diversity should be celebrated, according to Aftel. “It’s not up to anyone else to decide who you are,” she said.

ART BEAT: Have people’s responses to your work changed over time?
AFTEL: When people would initially look at the work, they weren’t a hundred percent sure how to respond. I felt like there was a certain amount of discomfort initially with people’s reactions, where they would find someone slightly arousing or beautiful…but once they understood that this was someone identified as genderqueer I think it made it a little bit harder for them. Their expectation of what gender was was undermined a little bit and I think it was disorienting. I personally think that that’s great and I’m glad about that, but it was odd watching some people’s reactions. It was something that was hard for people to deal with initially, and that, to me, was part of what was so interesting.

See more photos from the series: 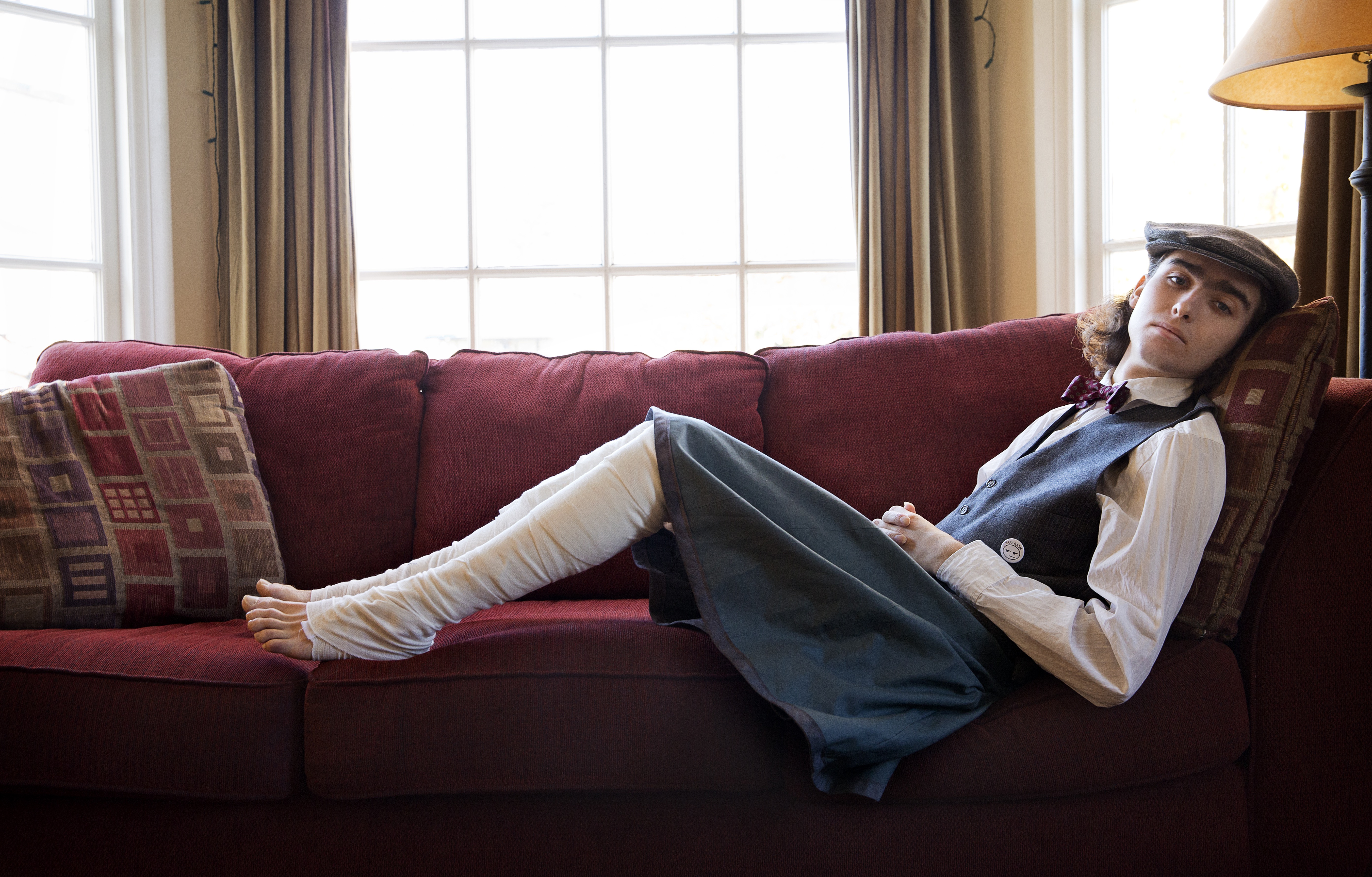 Sasha Fleischman, an agender teenager, received second- and third-degree burns when another teen lit Fleischman’s skirt on fire during a bus ride in Nov. 2013. 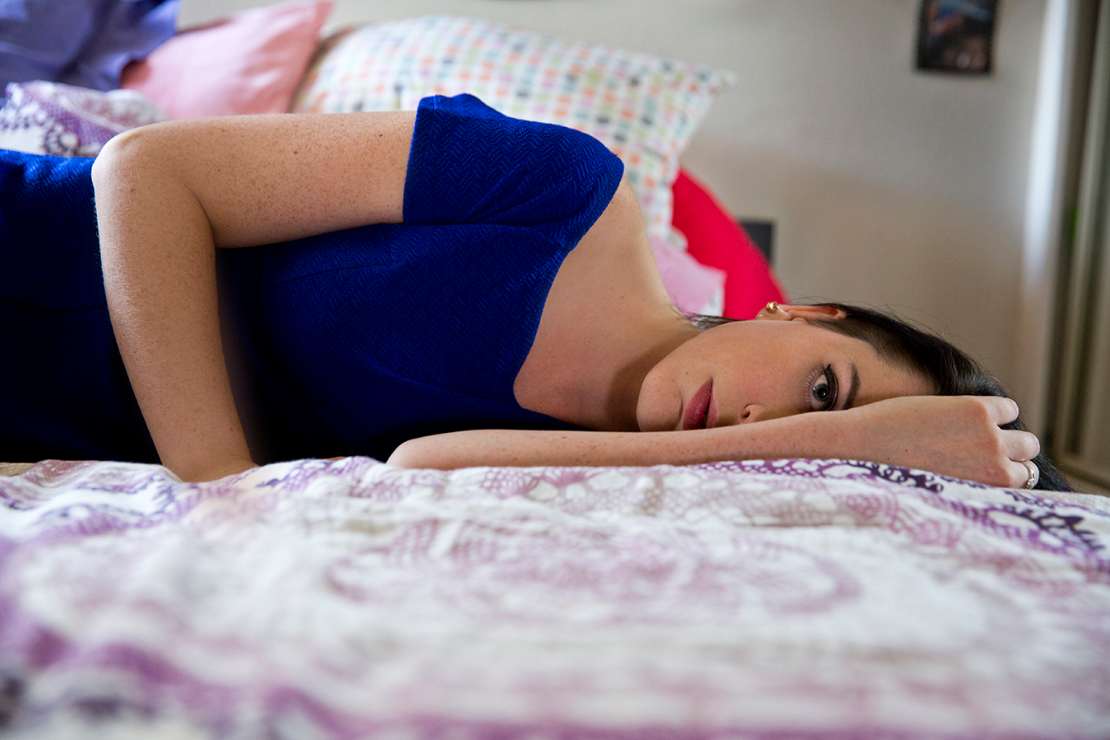 Aftel’s said her subjects were not afraid to express themselves and their gender. “The thing that’s most striking to me is how there’s no fear and there’s no ambiguity about who they are,” she said. 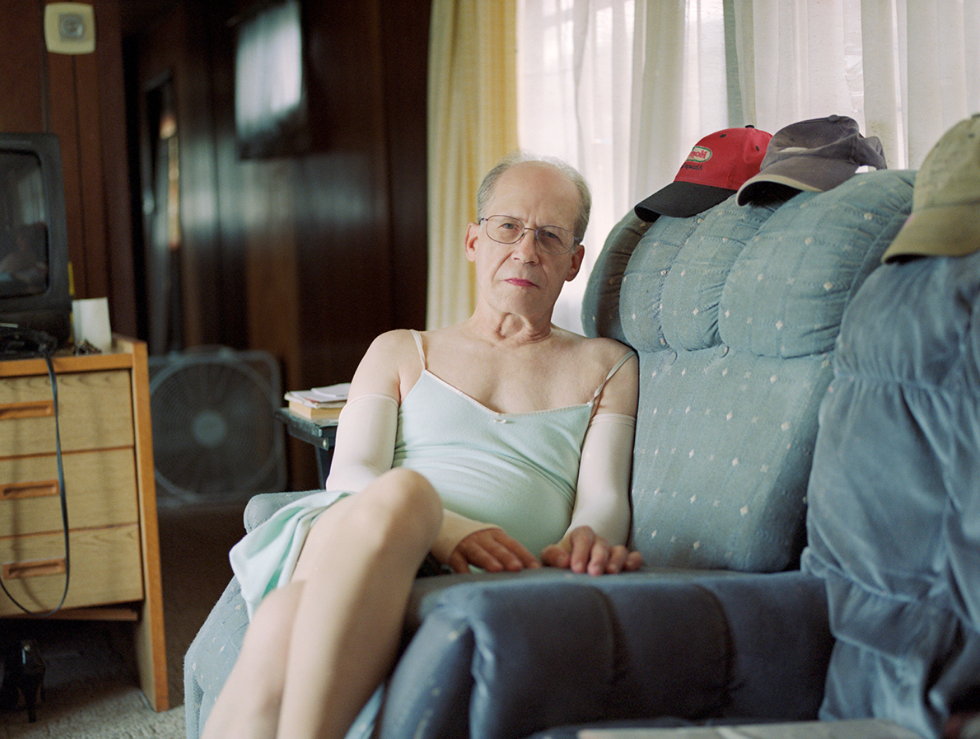 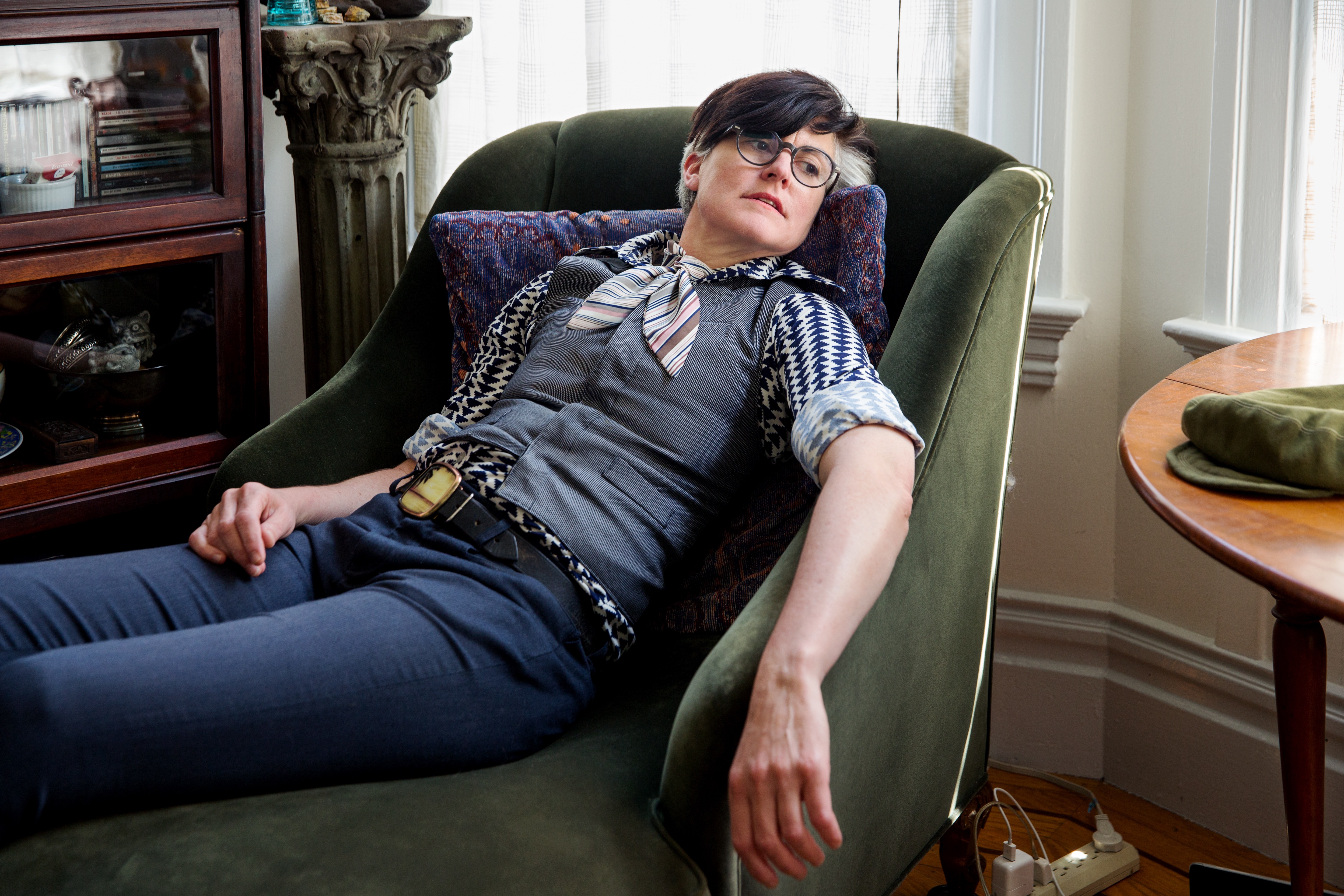 It was important to Aftel that her subjects be comfortable during a shoot. “I didn’t want them to feel on display, I just wanted them to be themselves,” she said. 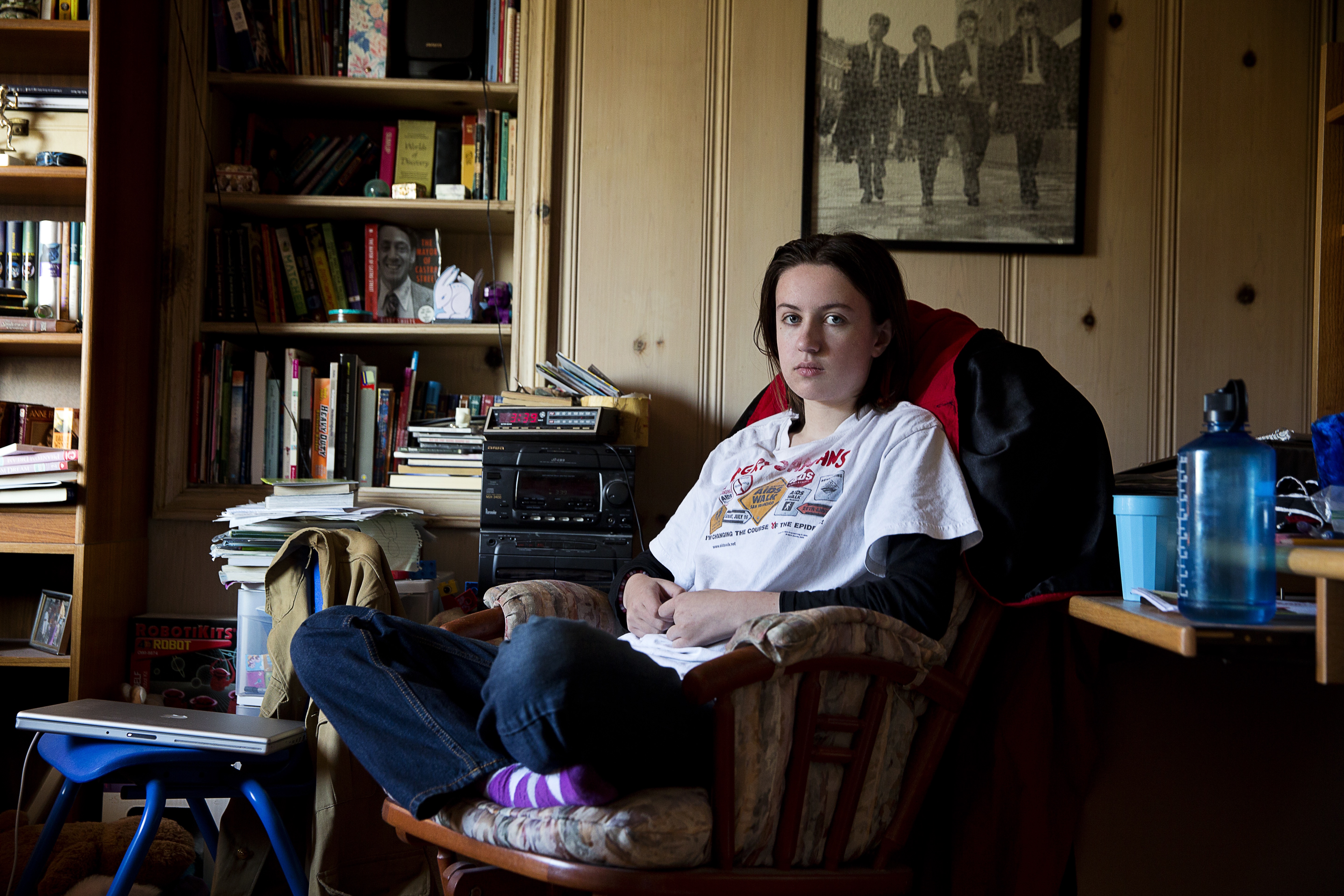 Aftel said she aims to contribute to a wider conversation on gender identity. 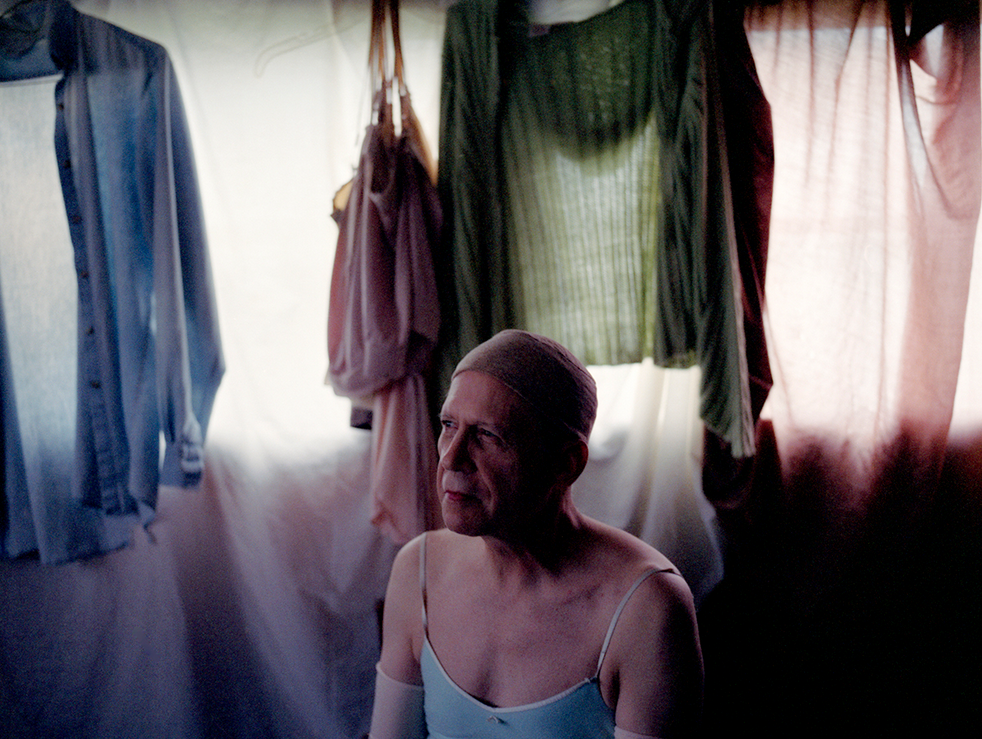 Some of Aftel’s subjects told her that presenting as their true gender outside of their home could put them at risk of violence, she said. 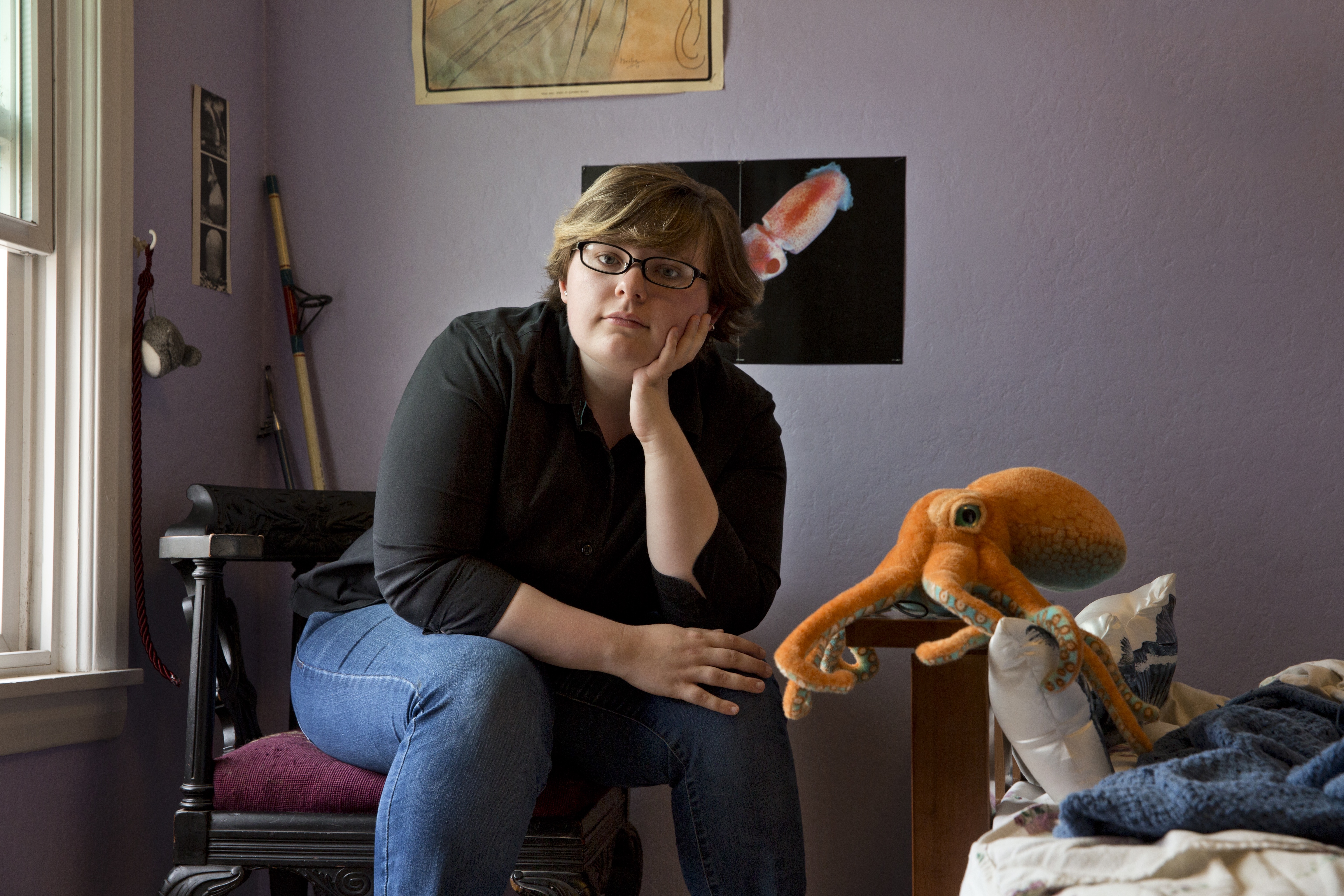 Aftel’s subjects often chose places of personal significance in their homes as the background for the photos. 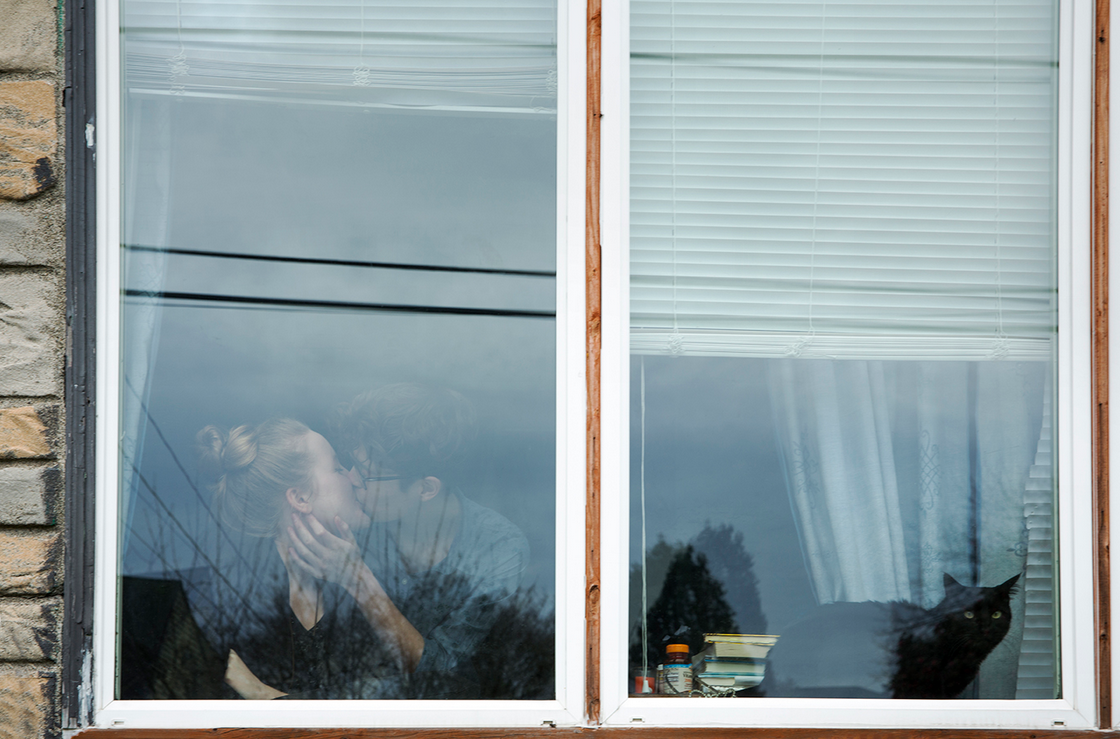 Aftel said she hopes the series will encourage others to look at gender as “a very large continuum that we are all a part of.”