Photo essay: Jacques d’Amboise and the early days of the National Dance Institute

“I always thought I would be either a doctor or an archaeologist or a crook,” Jacques d’Amboise told Jeffrey Brown for an upcoming PBS NewsHour broadcast.

Today, he is instead a legendary ballet star and educator to thousands of young dancers.

D’Amboise grew up in Depression-era New York City in the 1930s and 1940s and began dancing at the age of seven. In 1950 when d’Amboise was just 15, he joined the New York City Ballet, and at 17 became a principal dancer with the company. In 1976, d’Amboise began giving dance lessons in New York City’s public schools. “It’s better than Broadway to watch these fabulous New York City children dancing and interacting,” d’Amboise said.

His program grew into the National Dance Institute, which today provides free dance lessons for 6,000 children every week. D’Amboise told the Paris Review that the opportunities he had inspired him to teach others:

I think I did my solo before I was seventeen and I was doing principal roles while I was still quarter ballet. And Freddie Ashton came to the U.S. and did a ballet for me, and then I did my first movie. I turned eighteen on the set. I just did what I wanted and had everything given to me. And in a way that was why I started National Dance Institute: I never had to audition for anything; I never had to pay for a dance class.

Check out some scenes below from d’Amboise’s career and the early days of the National Dance Institute. 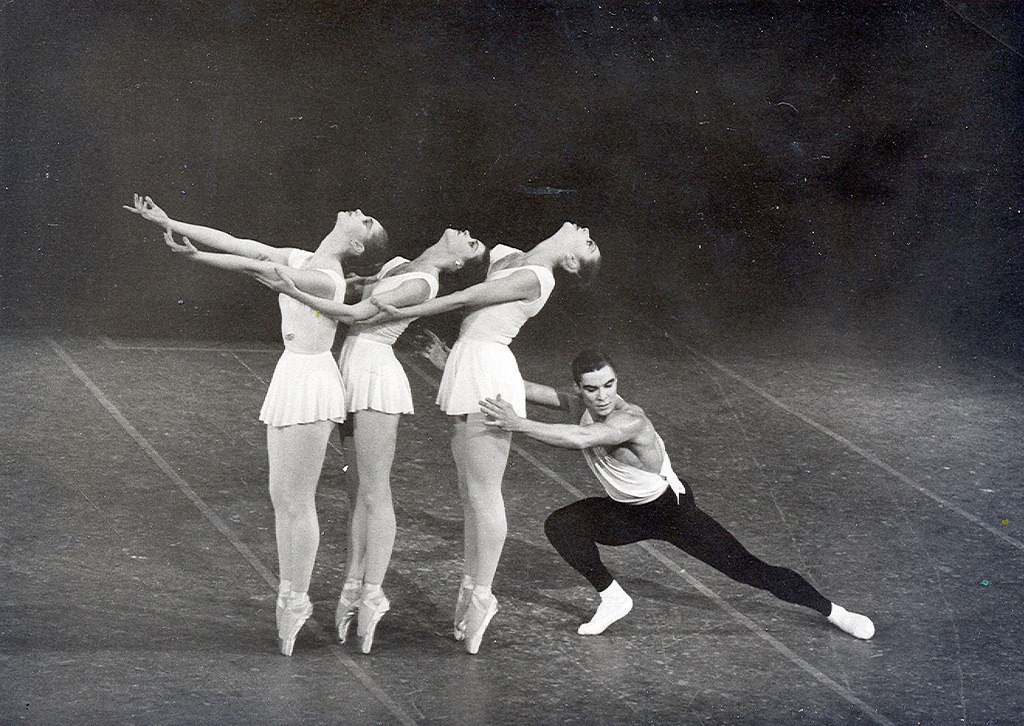 Jacques d’Amboise dances the title role in “Apollo,” a ballet by New York City Ballet co-founder George Balanchine. Having first choreographed it in 1928, Balanchine revived it in 1957. The role became one of the defining moments of d’Amboise’s career as critics lauded him as the “definitive Apollo,” according to the Paris Review. Photo by Carolyn George 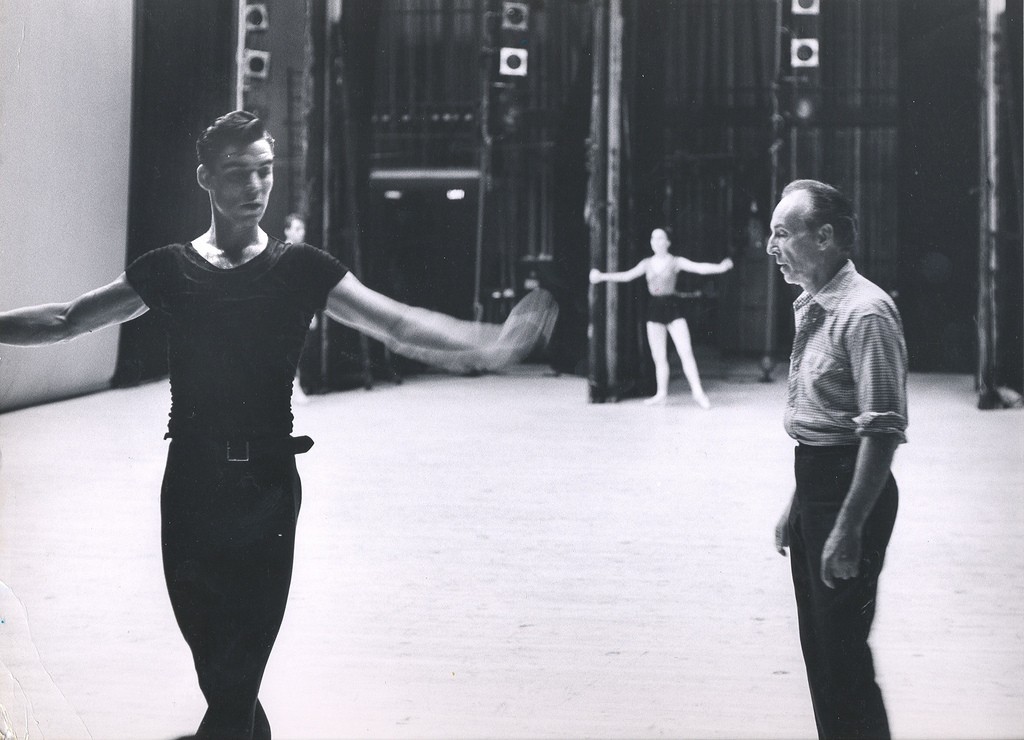 Jacques d’Amboise with George Balanchine in Seattle in 1962. Photo by John Dominis 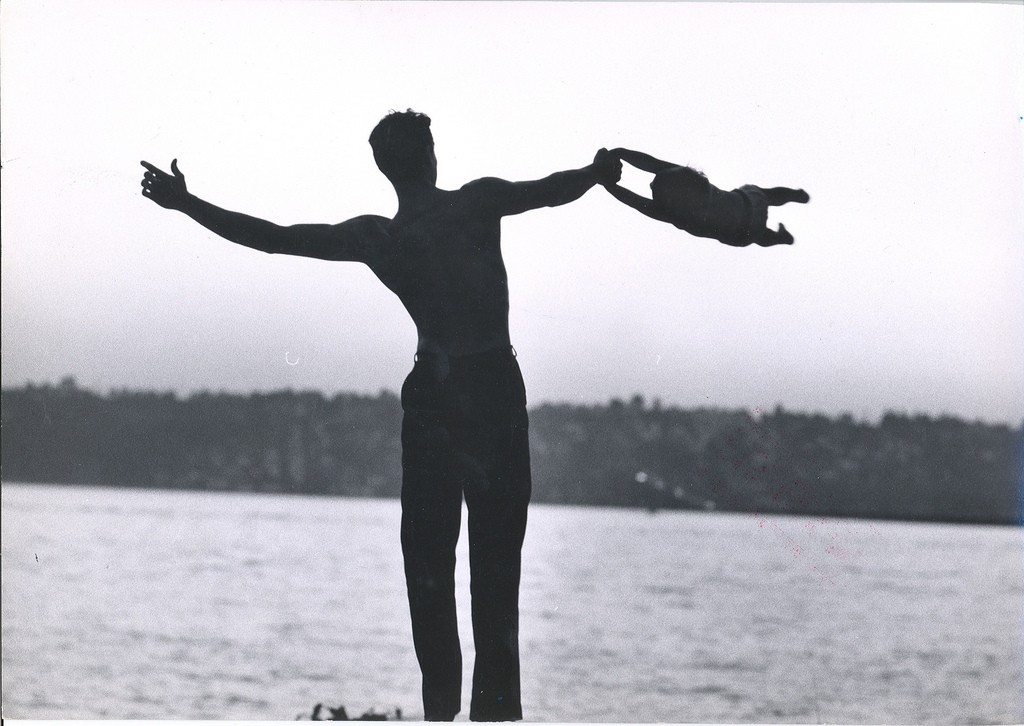 Jacques d’Amboise plays with his son Christopher on Mercer Island, Washington, in 1962. Photo by John Dominis 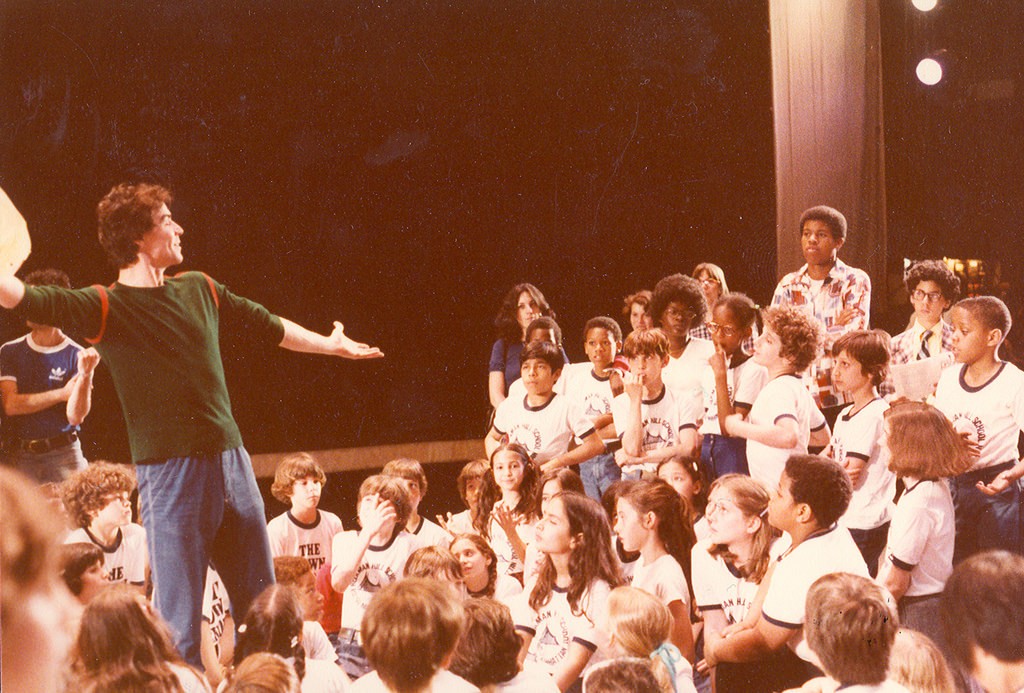 Jacques d’Amboise with kids at the National Dance Institute Event of the Year in 1978. The event took place at the Felt Forum in New York City’s Madison Square Garden (now called The Theater). Photo by Carolyn George 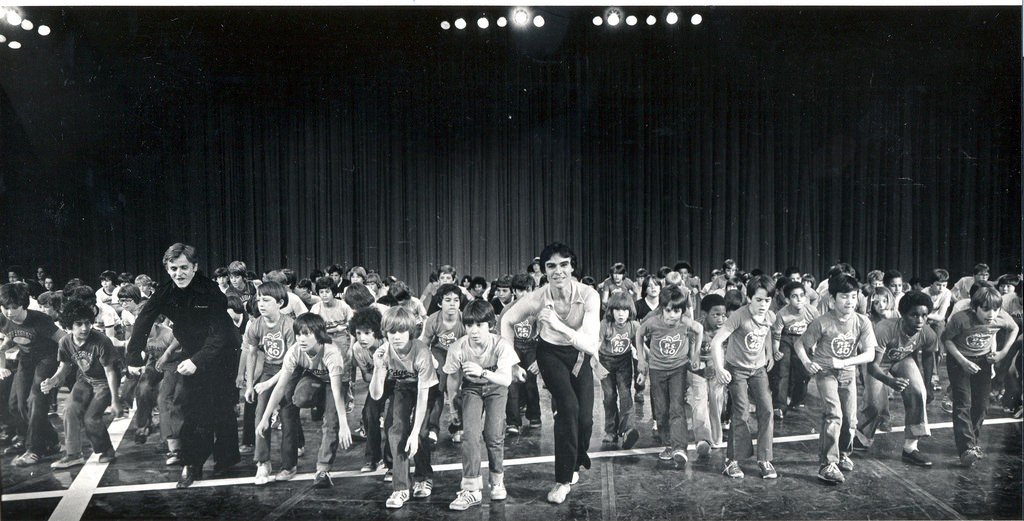 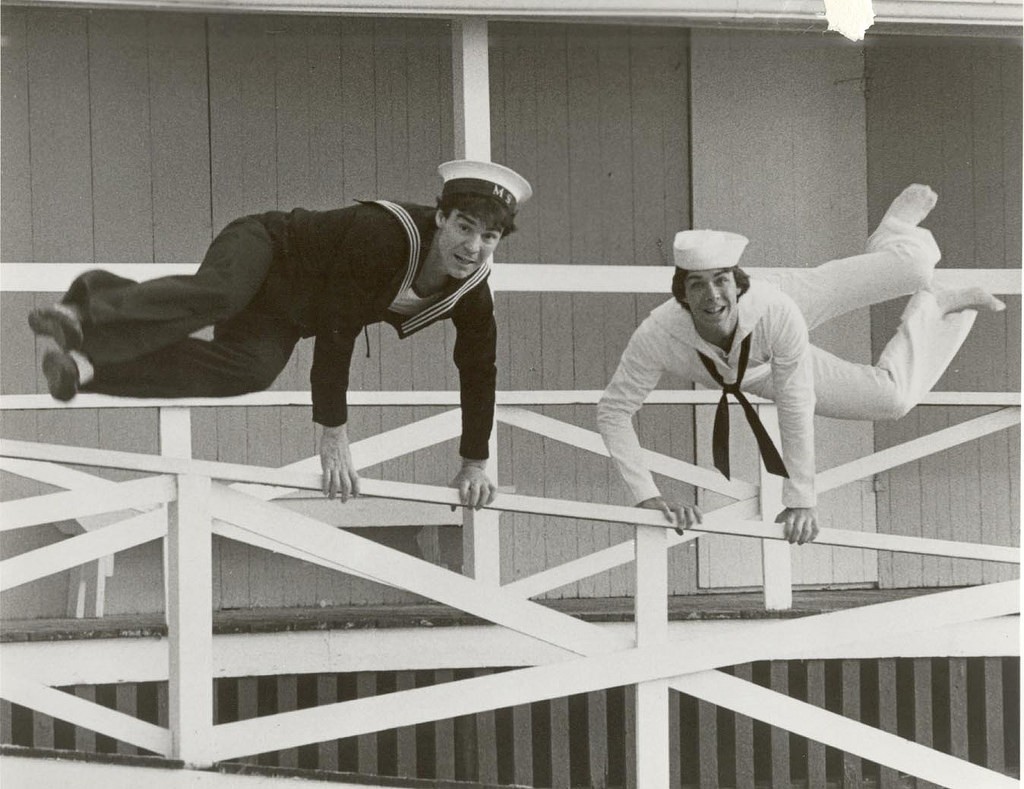 Jacques d’Amboise and his son Christopher in costume from George Balanchine’s ballet “Union Jack,” performed at the New York State Theater (now called the David H. Koch Theater) at the Lincoln Center for the Performing Arts. A 1982 review from The New York Times said Christopher “burst into his fling with unexpectedly high energy.” Photo by Carolyn George 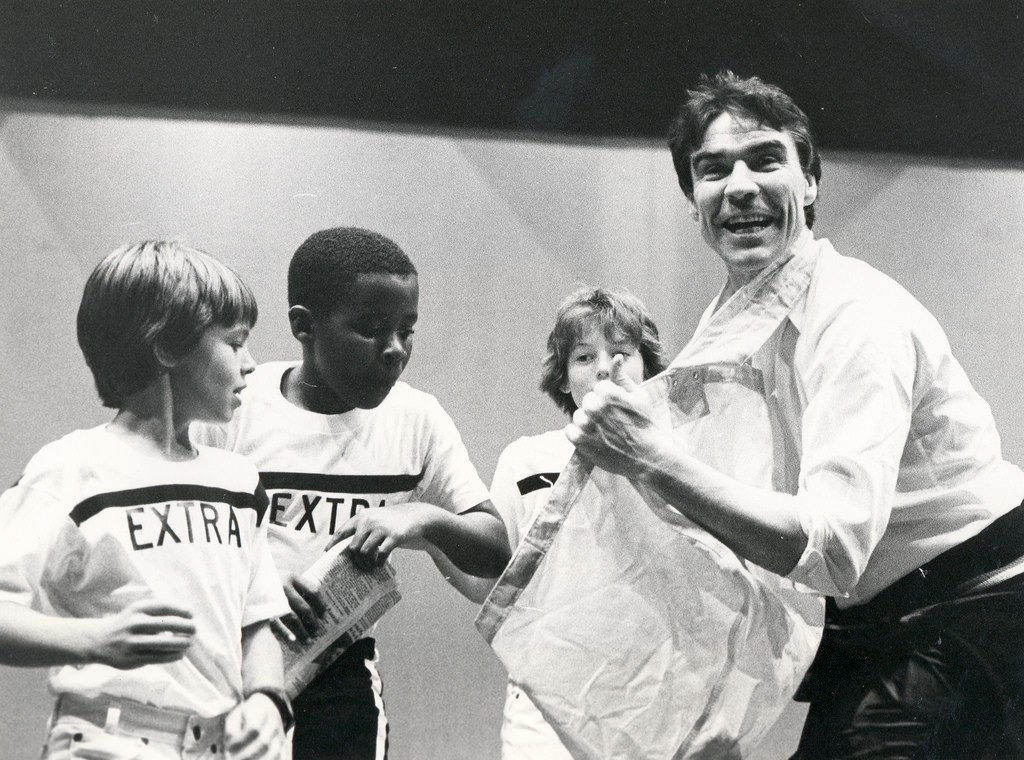 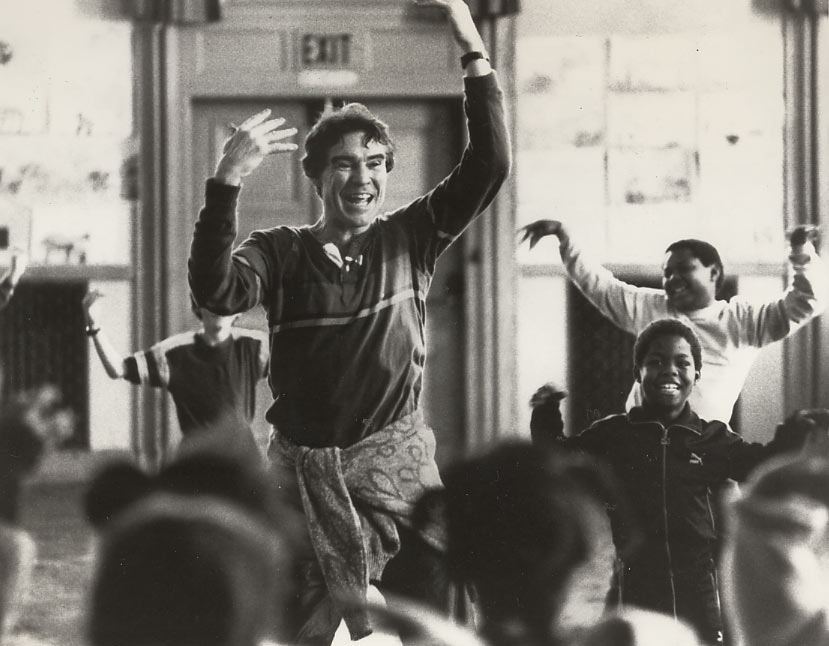 Jacques d’Amboise teaches a class in San Francisco in 1986. Photo by Kim Stolper

All photos courtesy of the National Dance Institute.

Left: Jacques d'Amboise dances with kids on the roof of PS59 on the east side of Manhattan in New York City. D'Amboise, who founded the National Dance Institute, said he wanted to give as many kids as possible the opportunity for a dance education. "I know how it transformed me," he said. Photograph by Carolyn George