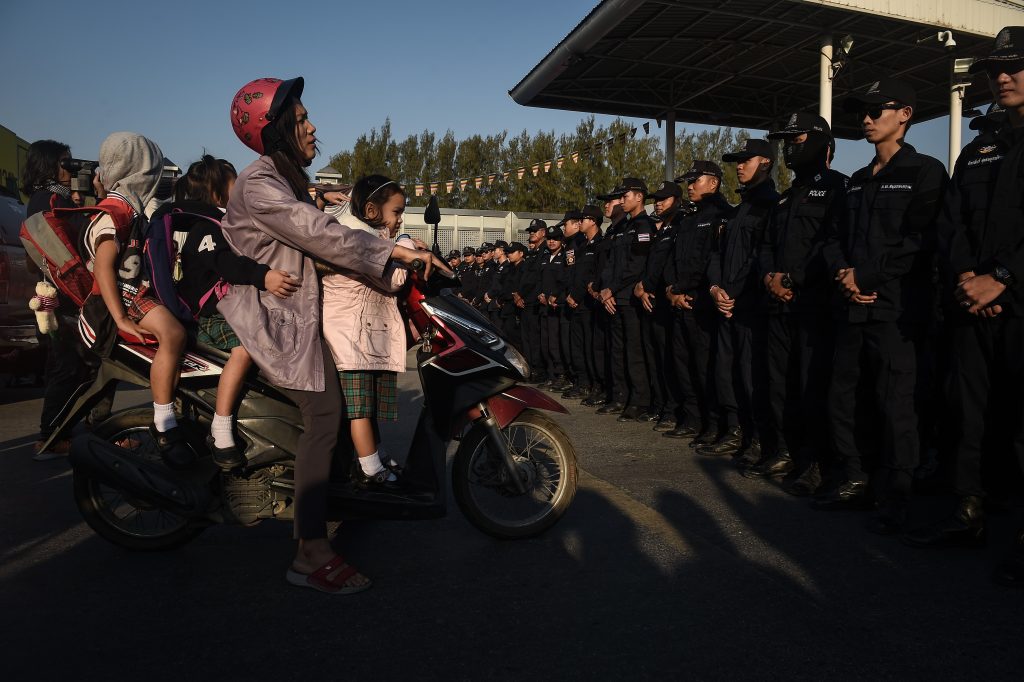 A woman trying to take her children to school is refused passage due to a police blockade Feb. 16 in front of Wat Dhammakaya temple, just north of Bangkok. Soldiers and police surrounded the Buddhist temple on Bangkok’s outskirts early Thursday, in apparent preparation for a raid to arrest an influential monk. The forces surrounded the temple after Thailand’s junta leader invoked special powers to put the site under military control.  The temple is among few institutions in the country that have defied the junta leader since a coup in 2014.