Photographer goes to great heights for call to arms on sprawl

Christoph Gielen‘s large-scale aerial images of urban planning are his means of participating in a conversation about sustainable development. He sees his collection of photographs, titled “Ciphers,” as a code of human habitation — one that needs to be deciphered.

“At first glance, they may really appear as something that they are not, something organic or even as proliferating cell growth seen under a microscope,” said Gielen.

Gielen is not an architect and he can’t speak to the future of development, but he hopes his photographs will serve as a tool for those who can make a difference. And if he drums up interest by compelling viewers to pay attention to land use, he will consider his work a success.

Art Beat recently spoke to Christoph Gielen about “Ciphers.” The transcript below was lightly edited for length.

ART BEAT: How did this project come about?

CHRISTOPH GIELEN: The initial idea behind the project was to really make a case for sustainable planning but from an artist’s perspective. I want to reach out to anyone interested in society’s role in land use and the effects on the environment. That was the initial idea behind it and my goal with Ciphers was really to examine the broader ramifications of building trends well beyond American borders, to really bring about an understanding of growth machines that systematically develop car dependency and more car dependent low-density organization. If photography can be used as a call to action, I like utilizing my photography as a primary medium for that. Then I invite land use experts to comment on and to solve. 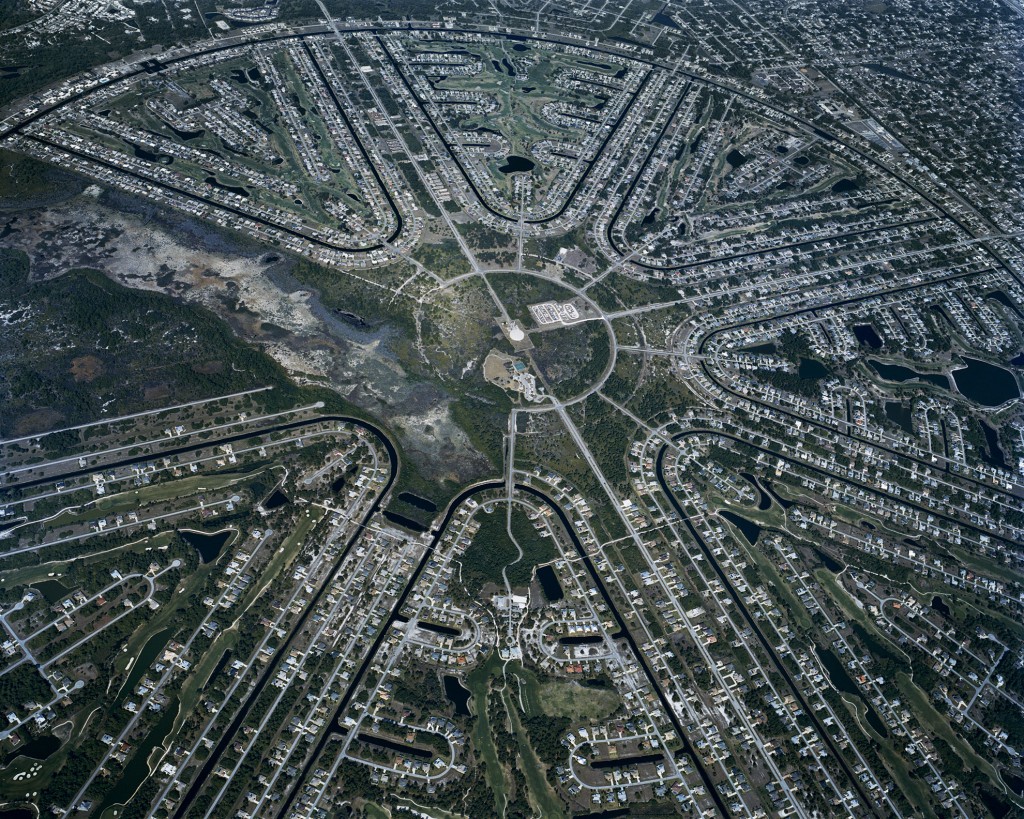 ART BEAT: Can you explain what we’re seeing in the photos?

CHRISTOPH GIELEN: We’re all familiar with sprawl and the inherent problems of sprawl and it’s really quite a drab subject so what I wanted to do is utilize photography to make it compelling. I chose settlement patterns that were particularly striking. What we’re looking at is housing formations that I found that were compelling enough for people to pay attention to. They are symbolic of poor land use, if you will. So after a lengthy research period I came up with those particular locations and ended up photographing them. 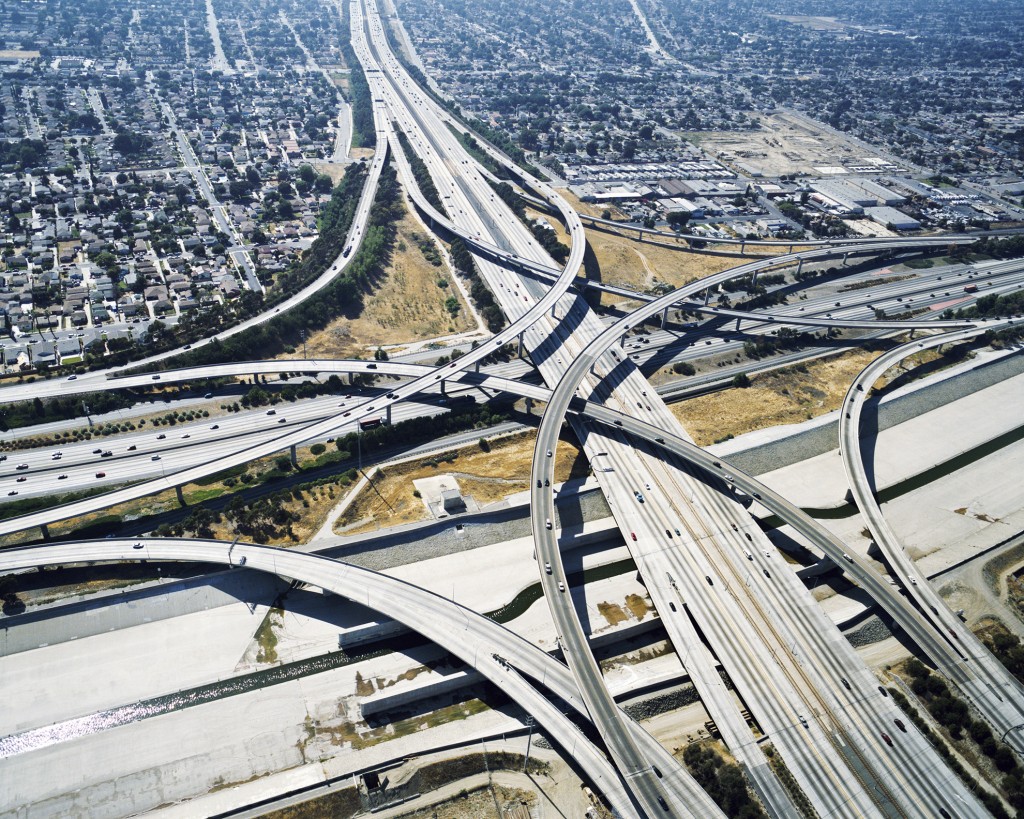 ART BEAT: What was the process like to get these images? What were you looking for in the research?

CHRISTOPH GIELEN: The photographing itself is actually the smallest part of it all. In the research part, I would look at variables that are relevant to land use, so one big determining factor for me was foreclosure rates, so that was probably one of the biggest factors and I saw that they, as a phenomenon, really directly tie to rates of housing development. I found that foreclosure hotspots for instance occur in places with the least location efficiency. Foreclosure statistics are publicly available by state and by county; they all list them at companies like RealtyTrac. Other statistics would have been settlement rates, I was looking at some of the fastest developing regions and then I would target in on specific regions and travel there.

I would use a car and I would just travel to all these destinations and examine these locations from the ground and see how stricken are these regions and what do they look like and I would oftentimes pose as a prospective homebuyer and go around with a realtor for instance and have them explain how these neighborhoods see themselves and what the selling points would be. 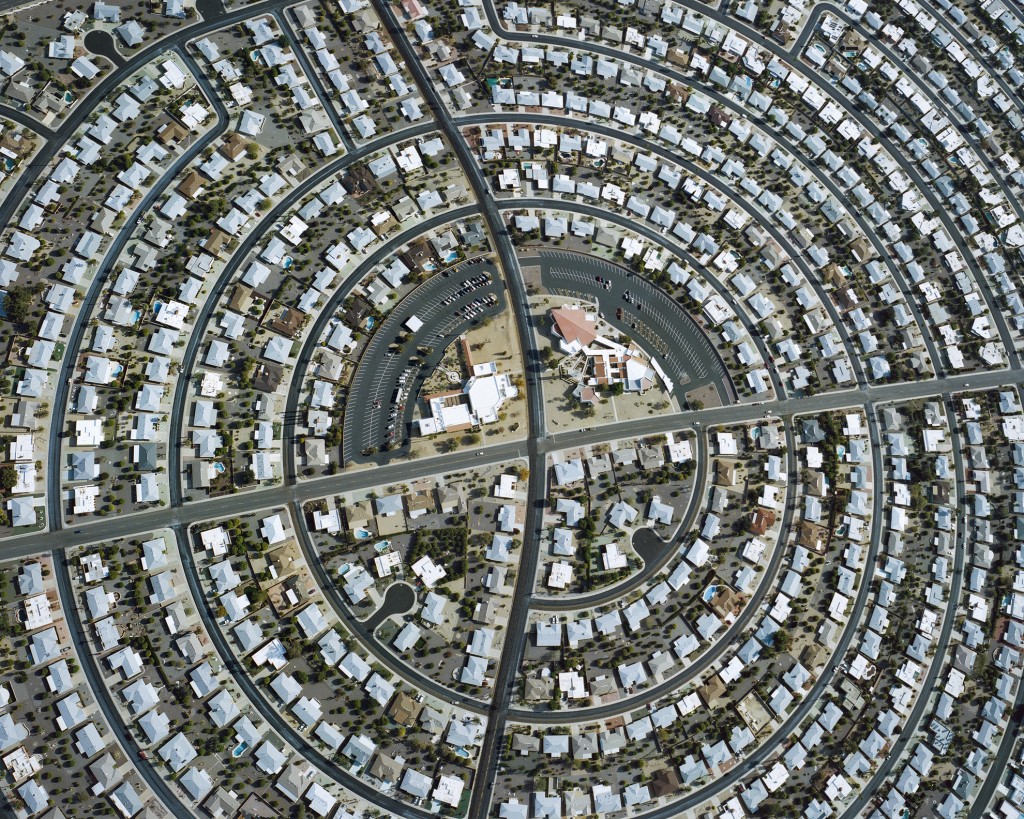 Then I would work with mapping services from the U.S. Geological Survey — I found them to be a fantastic partner, they really make all these maps available publicly. I would look at current maps and look for compelling clusters and once I found those I would go with a satellite search often times and see what does it look like from great height.

At the very end I would then sometimes be able to get in touch with the folks who actually planned and designed those neighborhoods and to find out what’s the background story, what were the priorities. In all cases, they would have nothing to do with today’s standards of sustainability.

And then I would go up at the very end with a helicopter and photograph very specifically. We would perform these vertical spiral movements to get it from different altitudes until I felt like I had what I wanted to get, how I wanted to show those. 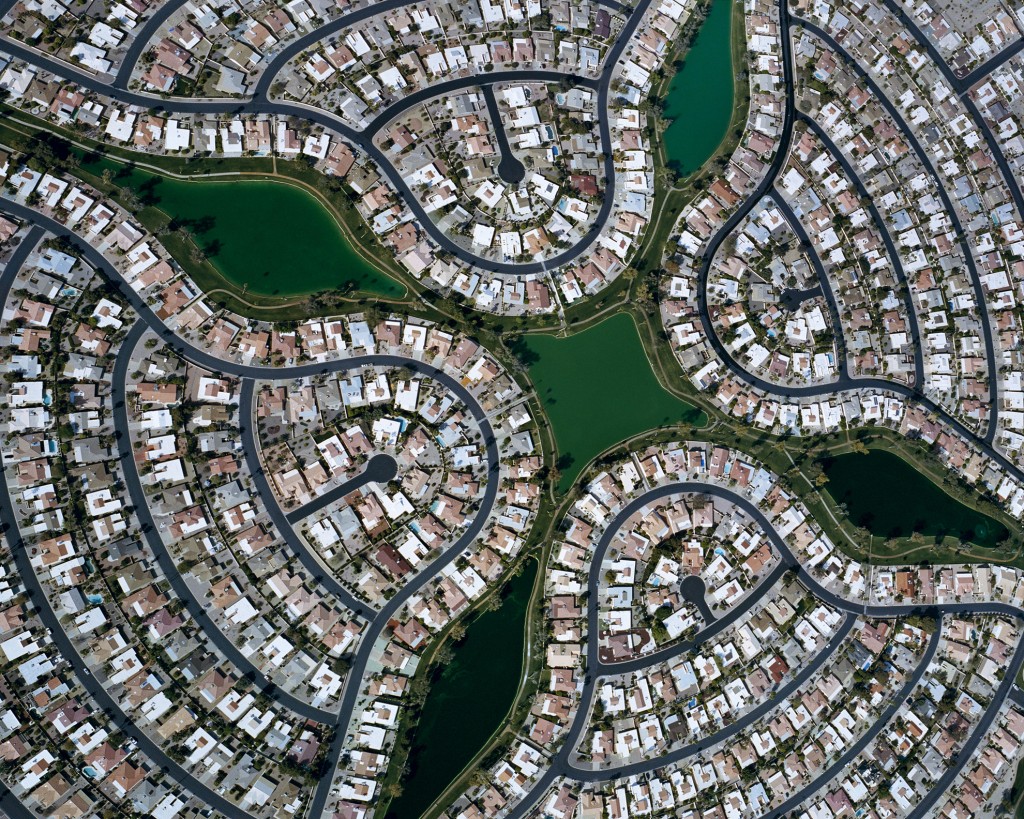 ART BEAT: What did you find out when you spoke to the people who planned the neighborhoods you were photographing?

CHRISTOPH GIELEN: Some of the most startling news I found was from a region that was growing very fast south of Las Vegas. There is a region that is called the Black Mountains and until the real estate crash that was really some of the fastest growing in the U.S. What the developers did there was almost as if with zip code marketing, they would come up with buyer profiles and look at statistics such as age group, gender, family, but also, aside from income structure, they would look at shopping preferences, so you would end up with a very targeted development for a very specific group of prospective homebuyers. You would end up with a neighborhood that is completely homogeneous, so not only do you end up with people that are the same race, the same income, but even that have the same preferences as consumers. Not only does each house look the same, but the people actually have the same preferences that live there, so that was a little bit spooky. 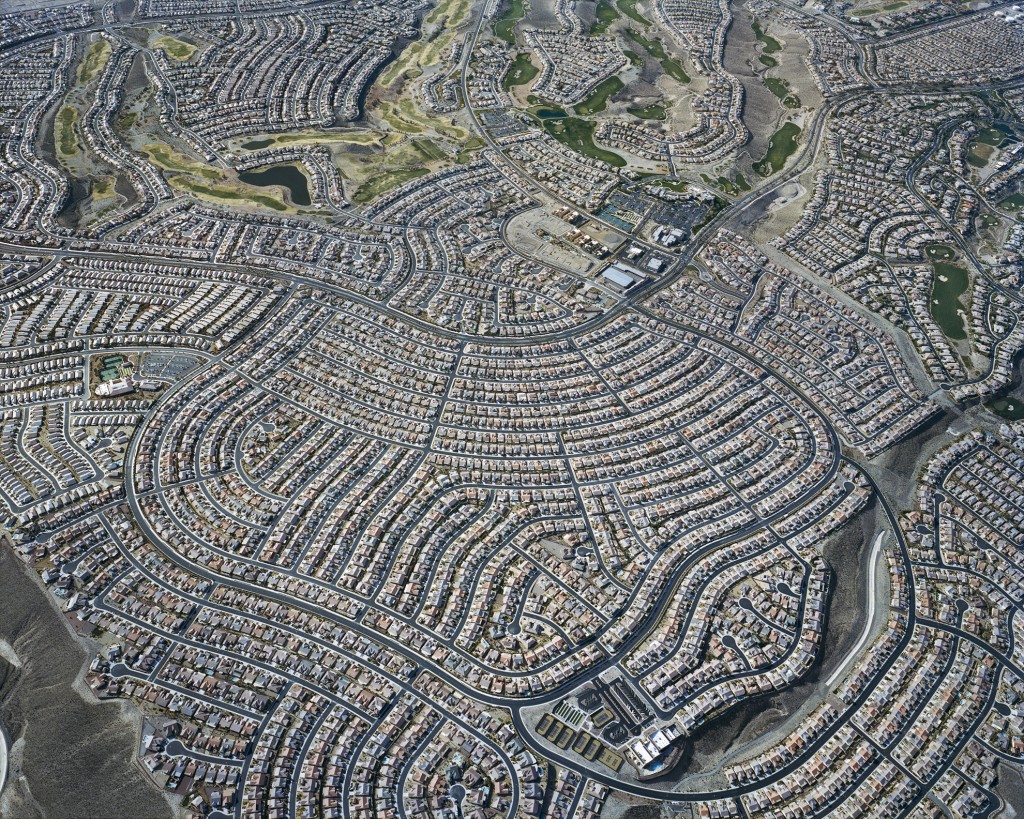 Then on the other hand, which was great, was the Department of Transportation, for instance, in California, they made some of their original maps, blueprints, plans available of some of these major interchanges because it is part of the public record. So I was able to look at how they pieced it together. What is interesting to me from a sustainability perspective is seeing that there’s no consideration whatsoever in terms of land wasted. One interchange that made it into the book that I’m quite fond of that looks quite abstract in San Bernardino County and it looks huge. You would never know it from the ground, but it’s absolutely gigantic and it wastes so much land just simply to connect two highways in the middle of nowhere. The consideration of the land itself isn’t anywhere in these plans.

What I’m really after is that some of these circular plane communities may well be somehow an intrinsic expression of human culture, but maybe the challenge of today, with overpopulation, requires a new set of settlement patterns. 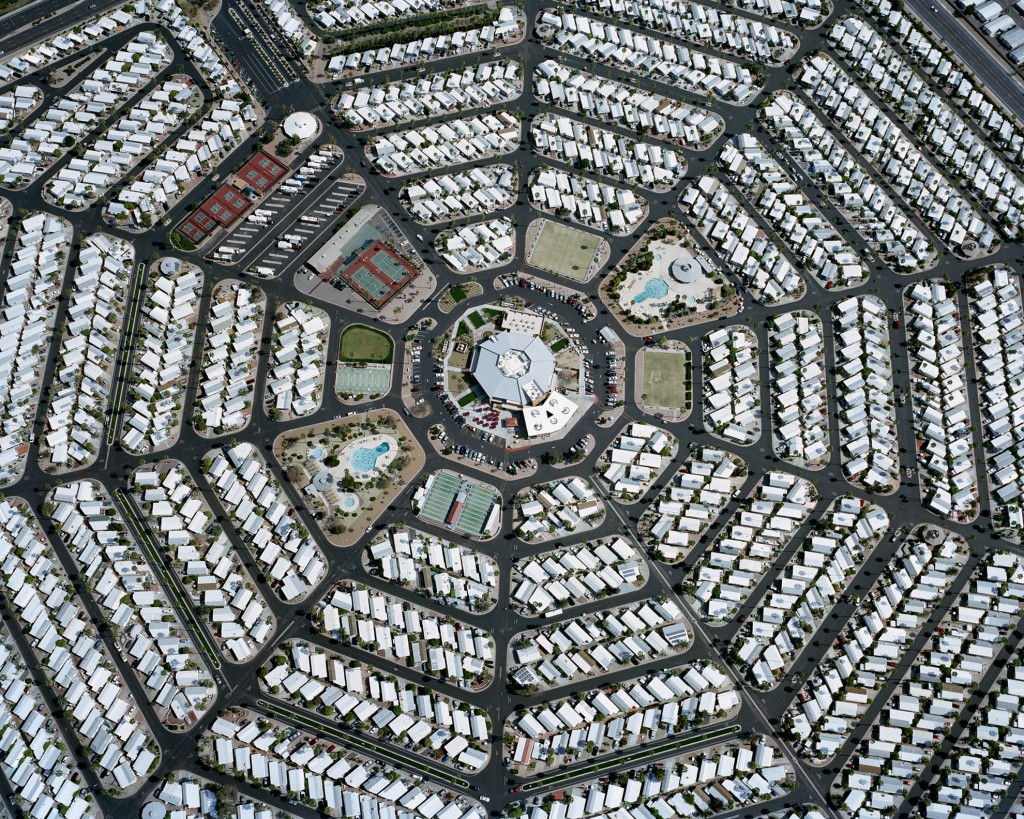 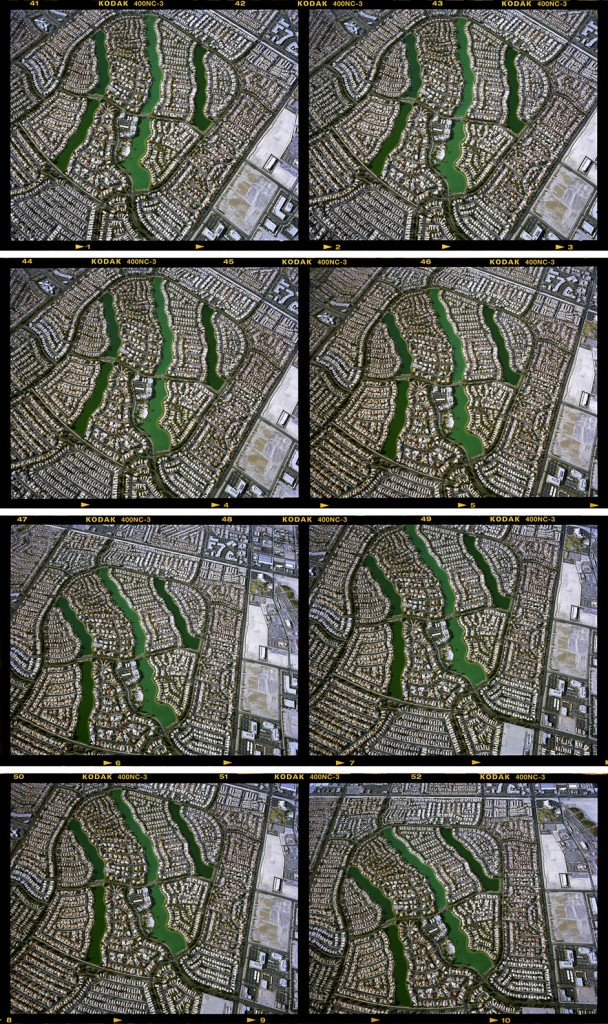 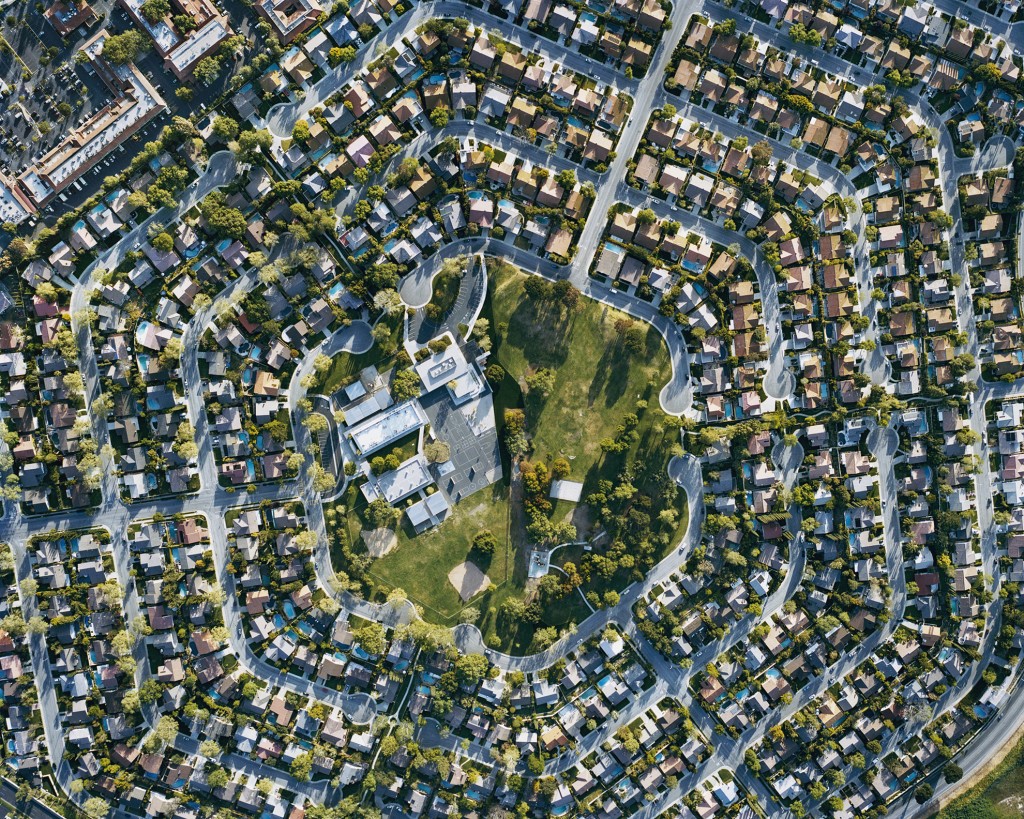 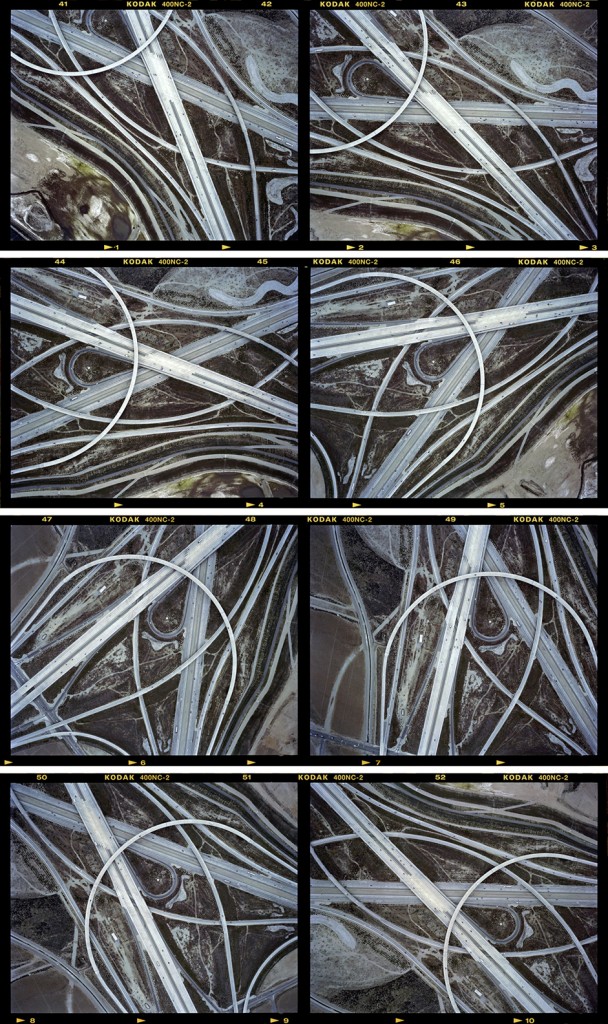 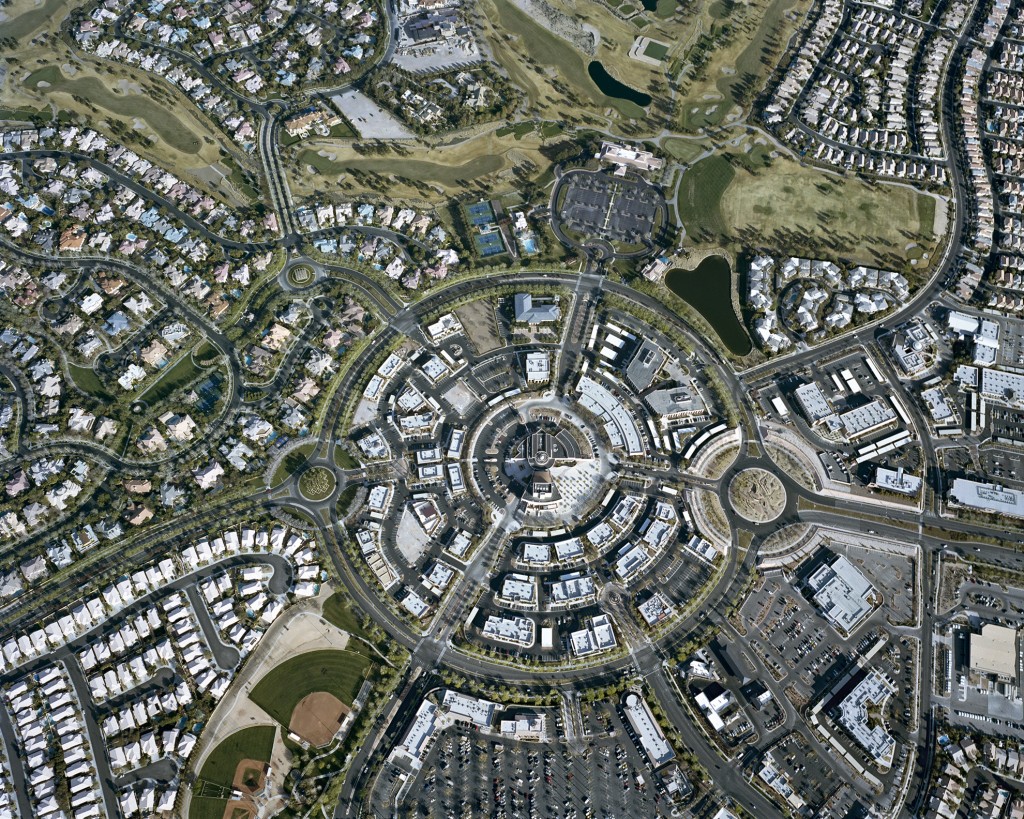