When photojournalist Danielle Villasana first met Tamara in the spring of 2013, she had no idea where their friendship would lead.

Tamara, a 27-year-old transgender woman, introduced Villasana to one group of transgender women living in downtown Lima, Peru, many of whom live together after having faced housing discrimination elsewhere. “They definitely [have] a safe place, that is, the neighborhood and communal homes they live in,” Villasana wrote in an email to the NewsHour.

Villasana decided to document this space and the community the women have formed in an effort to bring it visibility to the Peruvian public. 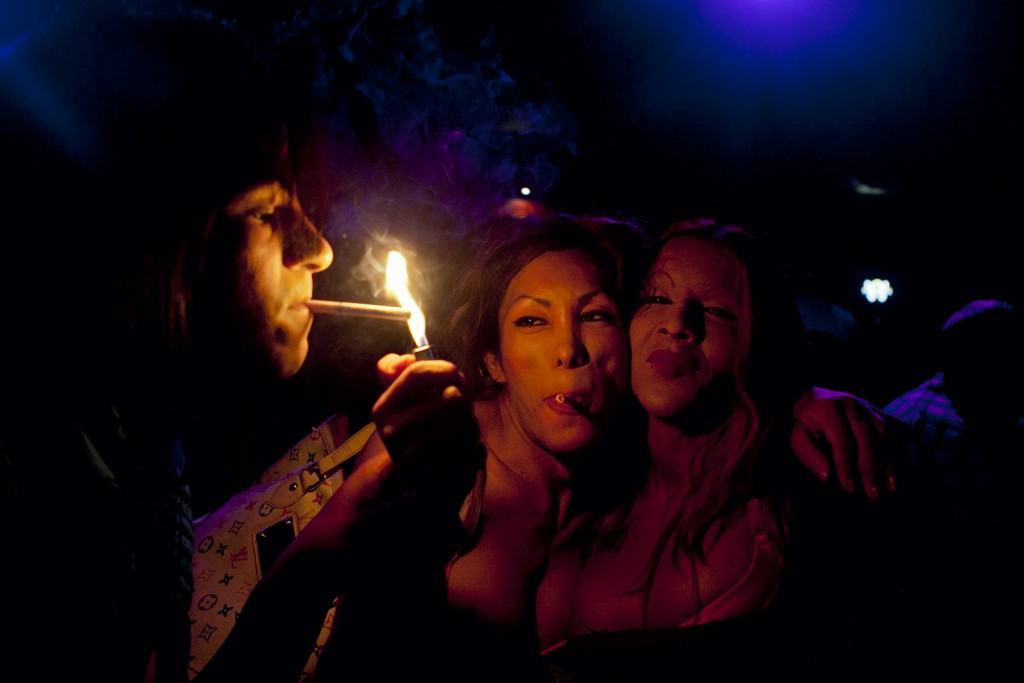 After work, Danuska and her friends go out dancing at a club that features a night specifically for people from the LGBTQ community. Photo and caption by Danielle Villasana

Villasana, who graduated the University of Texas at Austin in 2013 with degrees in journalism and Spanish, received The Magnum Foundation’s Inge Morath Award this year, an award for a female photographer under the age of 30 working on long-term documentary projects.

The award gave her a grant for her ongoing project “A Light Inside,” a documentary project Villanasa has worked on for about two years, on Tamara and her surrounding community of other transgender women. 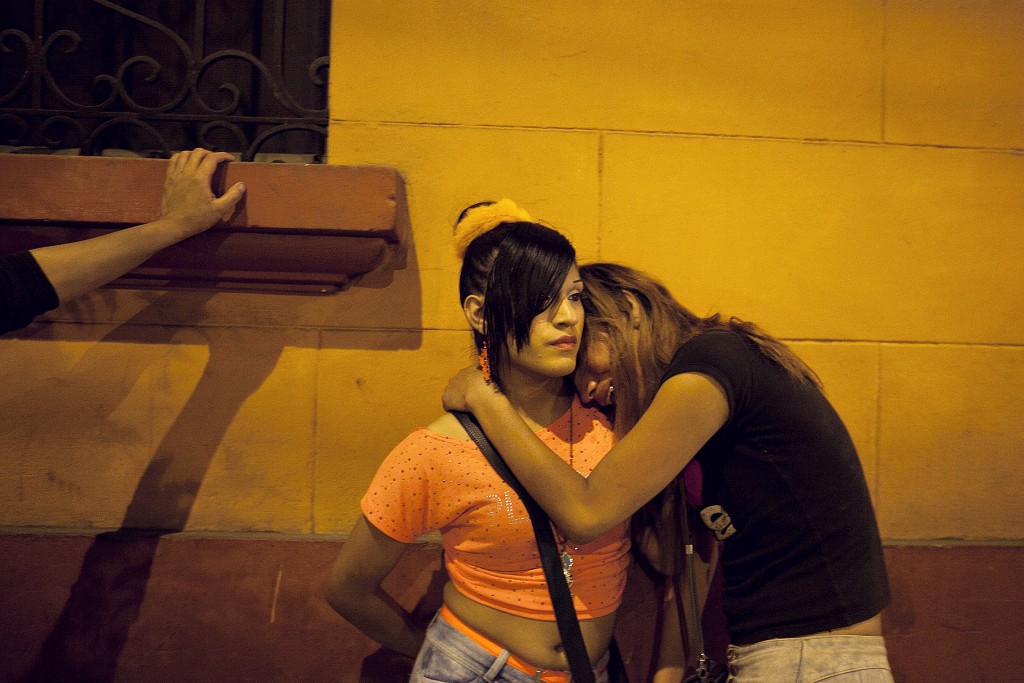 Jordy, left, gives her friend a shoulder to cry on. Photo by Danielle Villasana

“I realized there’s a lack of education [here] about exactly what it means to be transgender,” Villasana said. “Just like with anything, from lack of education comes misunderstanding, stereotyping, discrimination and marginalization.”

Transgender women face discrimination in education, employment and housing in Latin America, according to the 2015 State-Sponsored Homophobia Report, sponsored by the International Lesbian Gay Bisexual Trans and Intersex Association. That report also states they “may be the group most exposed to violence.” 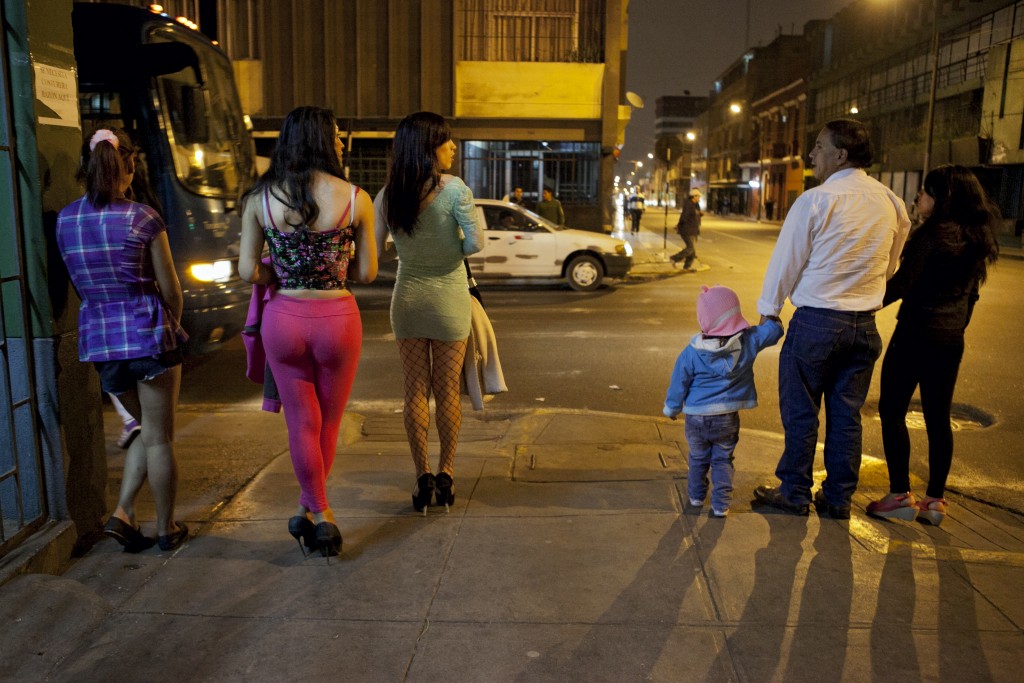 Two transwomen on a street in Lima. Photo by Danielle Villasana

With and without her camera, Villanasa has witnessed violence against the women she profiles from the rest of the community in Lima, sometimes facing verbal attacks and arrests herself. 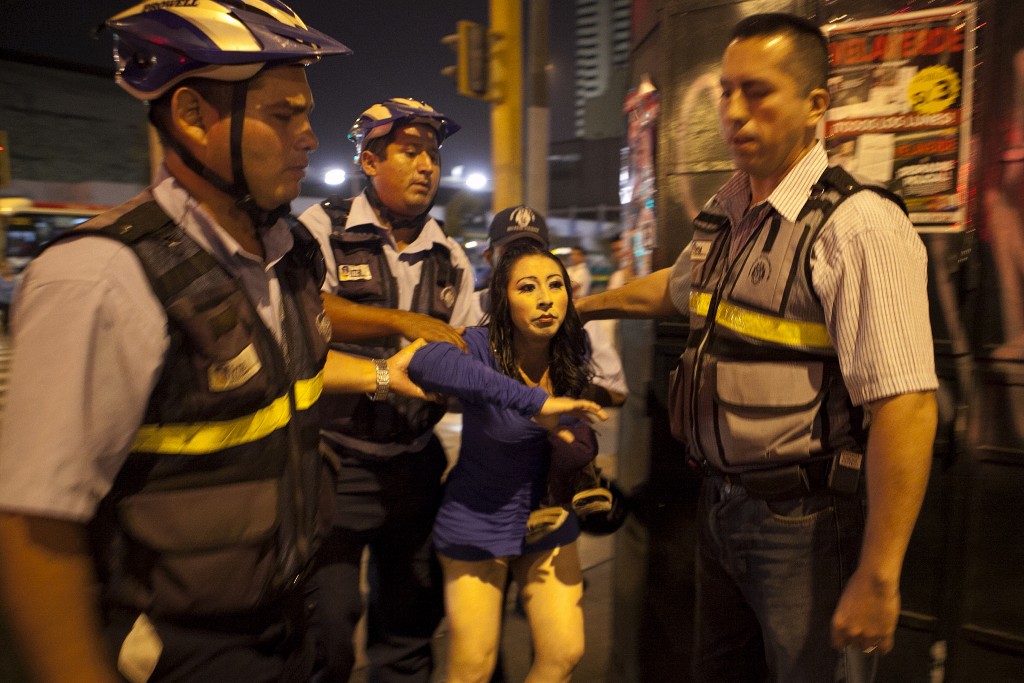 While photographing their stories, Villanasa said she has formed friendships with many of the women, especially with Tamara, the main subject of “A Light Inside.”

“She calls me her sister,” Villasana said. “Sometimes I’ll just go over to have lunch with her or go to a doctor’s appointment together or just spend time.” 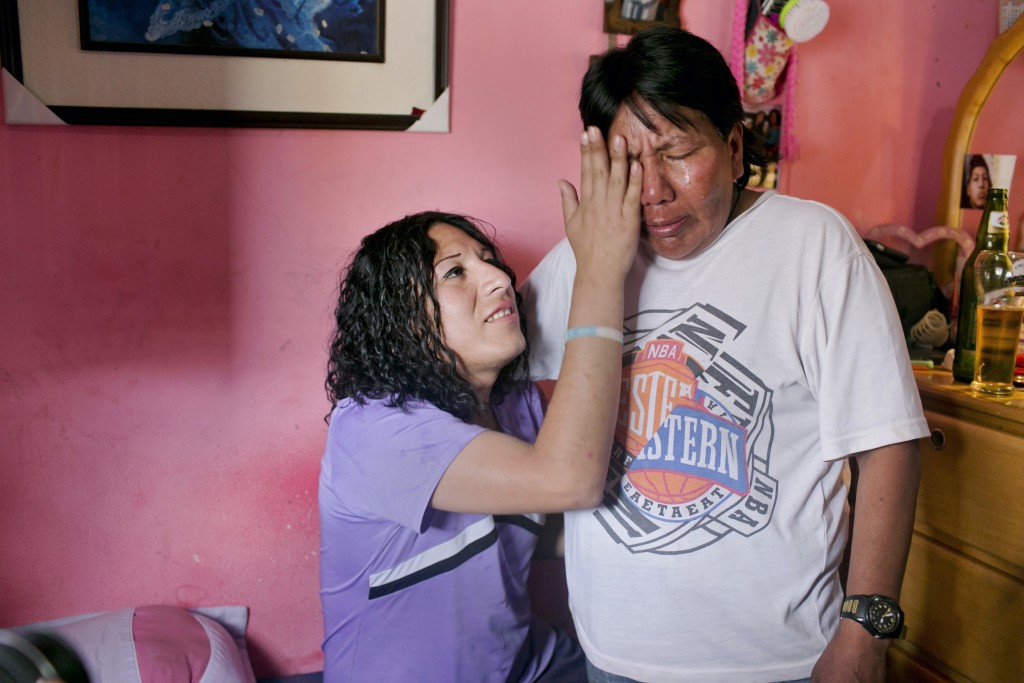 Villanasa, in partnership with UN Aids, came up with an idea to use this project and the grant from Inge Morath Award for a public exhibit planned for December.

“I really want to incorporate community engagement to the project, so that the work is seen by people who actually live in Lima,” she said. 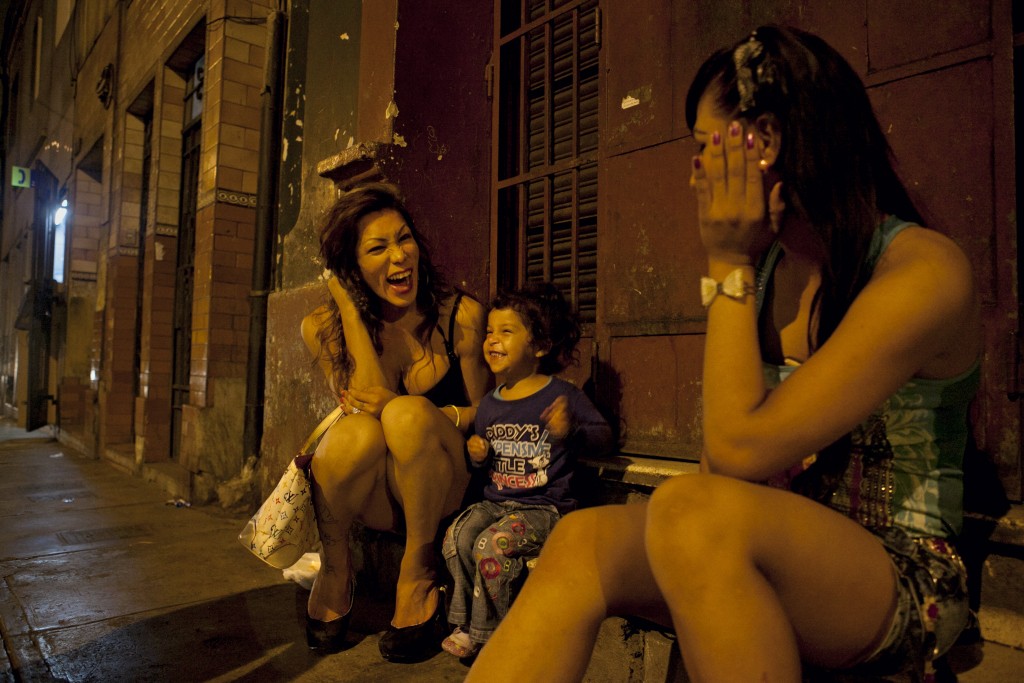 Danuska, left, and Oriana, right, talk with a young girl and her mother, not pictured, on the street while experiencing down time during work. Photo and caption by Danielle Villasana

Her efforts to facilitate connections have already come to fruition on a personal level. While working on “Piojo’s Story,” a profile of a transgender woman who died of AIDS and tuberculosis after seeking treatment in Peru’s public health system, Villasana was present for her reunion with her long-estranged adoptive parents before her death. 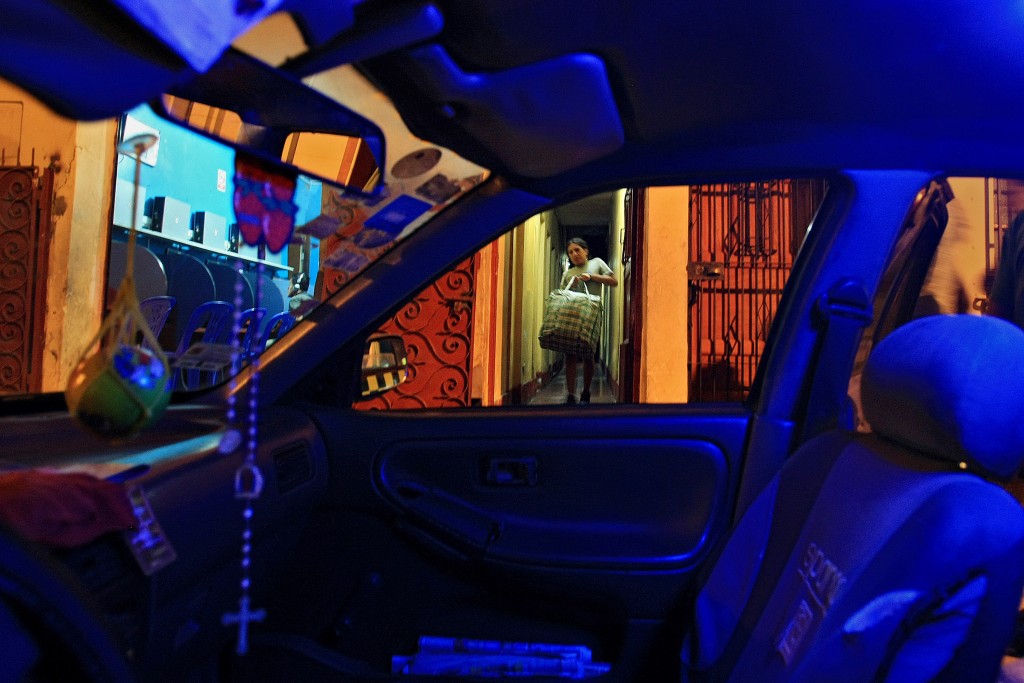 After being suddenly evicted from her room, Tamara moves her belongings into a friend’s taxi who will drive her a few blocks away to another home where many trans women live. Photo and caption by Danielle Villasana

“I think my goal is to try to make even just a little bit of change,” she said.

See more images from “A Light Inside” below. 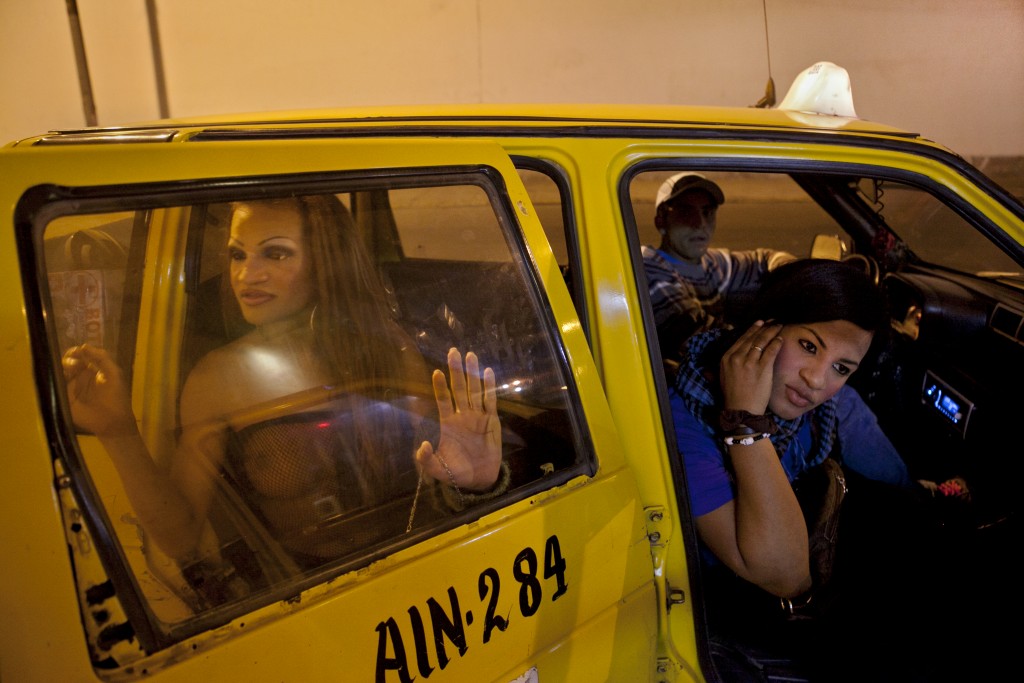 Camila, left, a transgender woman who works as a hair dresser and sometimes as a sex worker, moved to Peru from Brazil. Photo and caption by Danielle Villasana 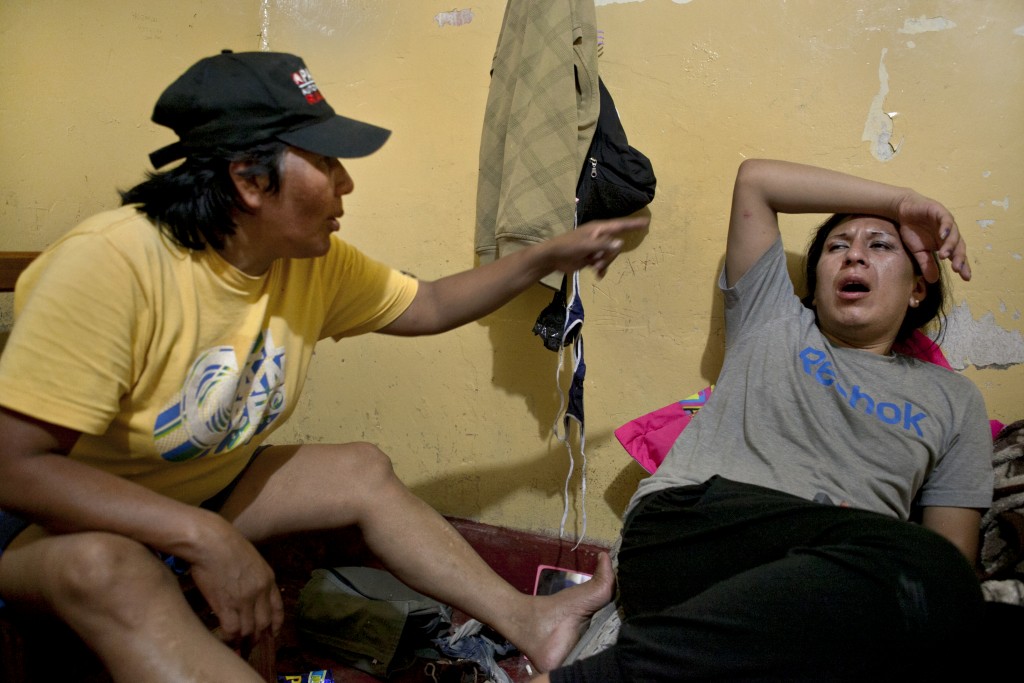 Tamara, right, and her mother Evila, left, argue about her work on the streets. Photo and caption by Danielle Villasana 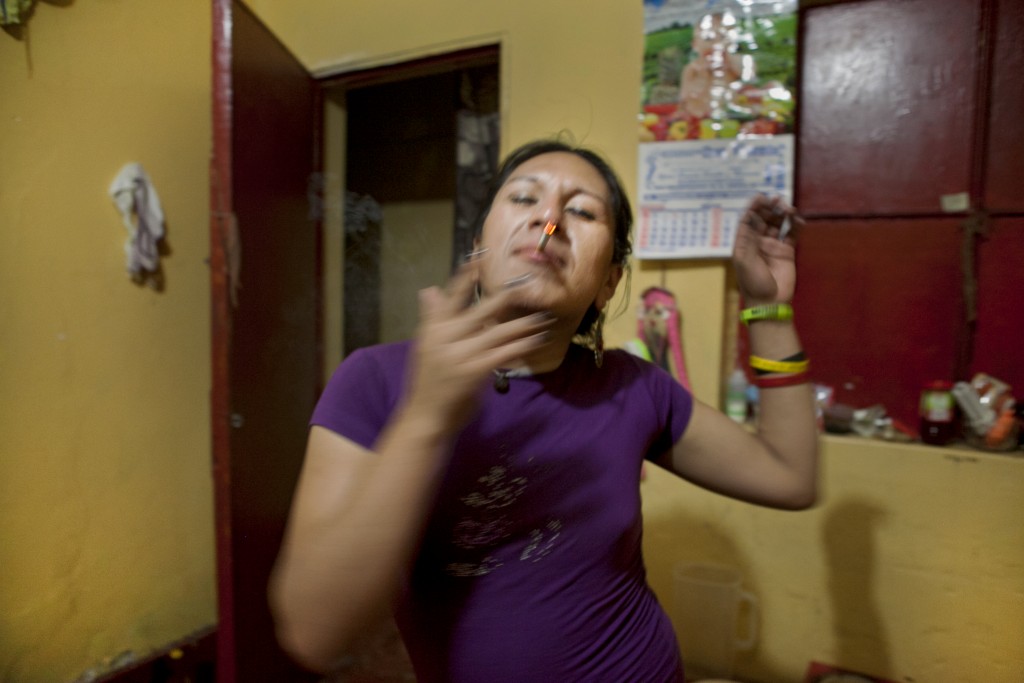 Tamara smokes a cigarette while dancing in her room. Photo and caption by Danielle Villasana 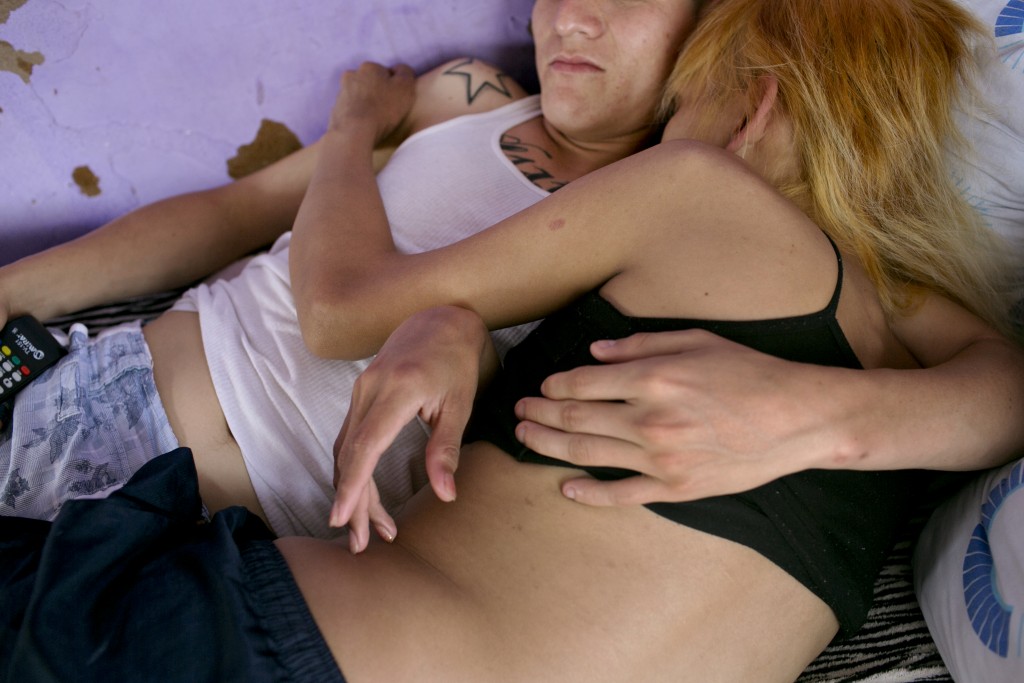 Yasuri, 24, right, who sleeps next to her boyfriend, moved to Lima at 17 because of bullying at home and school. Photo and caption by Danielle Villasana 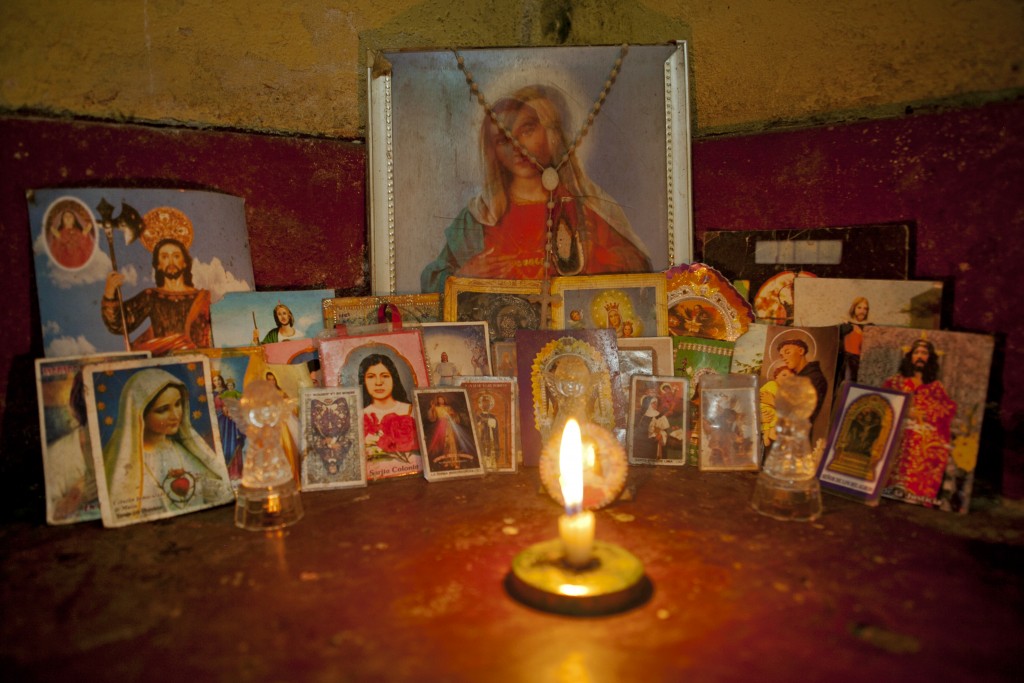 Tamara always keeps a collection of saints in the corner of her room with a lit candle. Photo and caption by Danielle Villasana 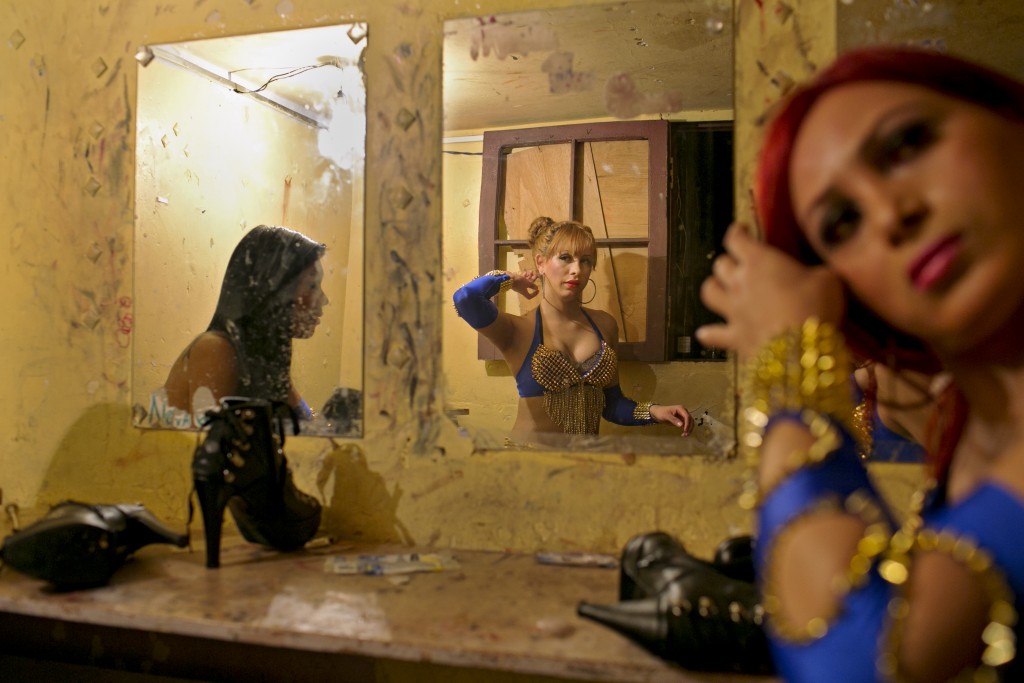 Along with other members of Peru’s only transgender cumbia dance group, Briss, center, waits backstage before performing at a local LGBTQ night club. Briss says dancing for the Tranxgresoras strengthens them and helps them to push forward. Photo and caption by Danielle Villasana

You can see more of Villasana’s work on her website.

Left: Asumi, left, and Oriana, right, stand in the light of a police car. Photo and caption by Danielle Villasana

Democrats debate whether Medicare for All is liability in 2020 election

Hot Pockets heir gets 5 months in prison for college scam

WATCH: Steyer says NDAs should not be a presidential debate focus