A poet grows up in the post-Columbine world

In contrast to the many news reports, psychological profiles and op-eds written in the wake of the 1999 massacre at Columbine High School, poet Kelly Forsythe imagined a different kind of narrative in the wake of the tragedy — a “coming-of-age” story about what it means when feeling safe has drastically changed.

Thirteen-year-old Forsythe was coming of age herself when Eric Harris and Dylan Klebold — seniors at Columbine High School — carried out a highly planned spree of violence, killing 13 and injuring 24. For months before the attack, the boys kept journals and made videos, chronicling their plans and growing anger against society. 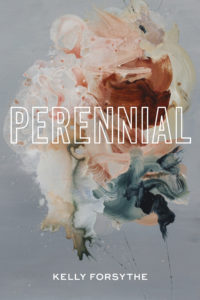 Her collection, “Perennial,” looks at the shooting from an emotional lens, placing scenes of violence alongside the familiar “interruptions” of puberty, raging hormones and budding toxic masculinity.

“It’s also a book about disruption,” Forsythe said. “Columbine itself disrupted the widely held belief, the American belief, that our kids were safe in school.”

In “1999,” Forsythe’s heroine pulls “bangs back with a plastic butterfly” and silently stews with adolescent guilt “for the AOL chat rooms.” The third stanza — like in many of her poems — leaps to violence:

The recoil from his shotgun caught him straight in the face,
Breaking his nose, causing it to bleed. His face disturbed several
Students, who told reporters afterward that he looked as though
He had been drinking blood.

…..In bed, I run my
Tongue across my braces rubber-banded black-and-gold, fall asleep
On my stomach in an effort to suppress.

Forsythe’s interest in the “changing definition of safety” came during her grad school years. In her first class as a young college instructor, the increasingly hostile, targeted essays of one her students prompted Forsythe to bring her concern to the administration. Their lack of action triggered a feeling of helplessness in Forsythe that echoed her teenage years, growing up in a post-Columbine world.

Lines from “The Stranger,” taken directly from Columbine reports and shooter Harris’ personal journals, sound like a direct parallel with Forsythe’s own experiences with the troubled student.

Your teacher wrote: yours is a unique
approach and your writing works
in a gruesome way–

Good details & mood setting C+ because
of run-ons.
—
I hate you people for leaving me out of so many fun things. And
No don’t f****** say, “well that’s your fault” because it isn’t, you
People had my phone #, and I asked and all, but no
No no no don’t let the weird looking KID come along….

While Forsythe couldn’t have known that school shootings would have been a rising topic of public discourse and protest among students this year (last week marked the six-month anniversary of the deadly shooting in Parkland, Florida), her writing process was shaped by the transformation of places traditionally considered “safe” into vulnerable targets. Her title, “Perennial,” alludes to Columbine High School’s namesake: a flower that blooms year after year without intervention, not unlike the legacy of school shootings.

“We couldn’t really go back to just not seeing the ‘potential’ for violence anymore,” she said. “There is a loss of innocence in that.”

Read a selection from Forsythe’s “Perennial” below.

A poem in which I am dreaming
BY KELLY FORSYTHE

I have stickers on my arms by Lisa Frank.
Glitter on my shoulder. I turn & reflect
against a trophy case. Something else—you—
also in reflection. Two boys, boy, boy.

You both have hair like warm carpet.
I could hide under your hair.
I am shining with holograms of fake bears.

I walk to the exit talking excitedly.
I open the door and throw myself out
of a window. The window was broken or
I broke it with my cheek. I land at two

pairs of shoes. I look up to your
eyes but they are headphones. You
play music from these about adhesive.
My arms and legs are stuck together,

nothing is moving except my hair. It
is blonde with glue. Both of you
lay down beside me. We watch clouds
to find bear shapes. I can feel us

wanting to hold hands. I roll onto
my side and fall off a chair, under
neath a table. On top a biology
book next to a yellow name tag.

Many yellow name tags, tags
on the floor next to caution tape.
You both are gone down some stairs
with the carpet torn out.

“A poem in which I am dreaming” is used by permission from Perennial (Coffee House Press, 2018). Copyright © 2018 by Kelly Forsythe. 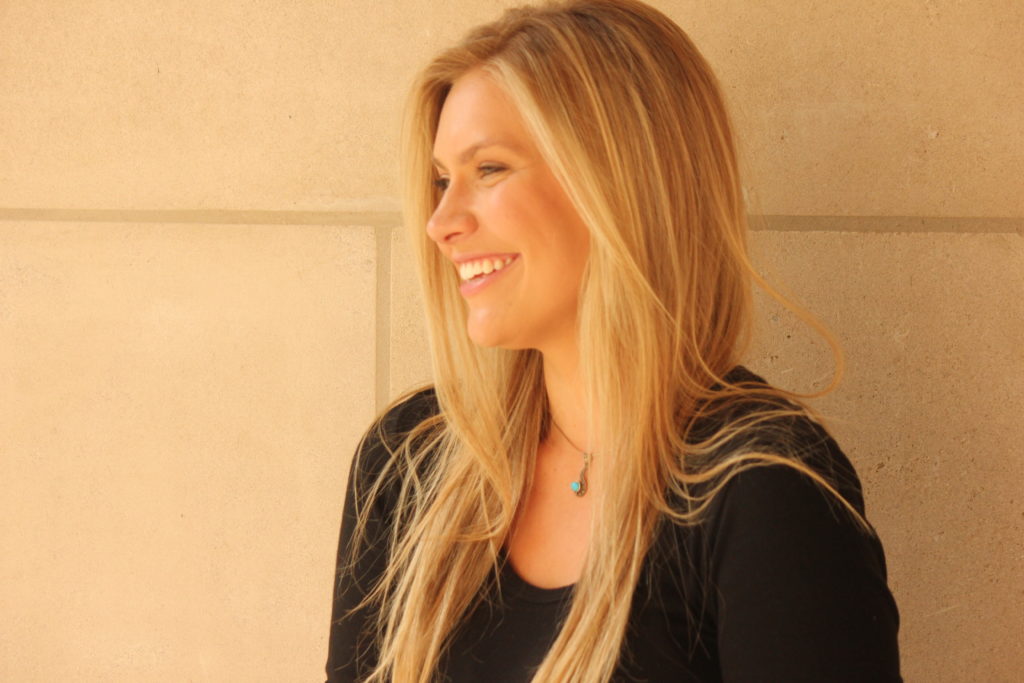 A native Pittsburgher, Kelly Forsythe is currently living and writing in Washington, D.C. She is the author of Perennial (Coffee House Press, forthcoming August 2018), and a digital chapbook of poems, Helix (Floating Wolf Quarterly). Her work has been published in American Poetry Review, Black Warrior Review, The Literary Review, The Minnesota Review, and Columbia Poetry Review, among others. She was recently featured in American Poet as an Academy of American Poets “Emerging Poet,” with an introduction by Noelle Kocot.

Left: A student attends a rally outside the White House to mark the 19th anniversary since the Columbine High School mass shooting. Photo by REUTERS/Carlos Barria