How young writers are leading a poetry comeback

Twenty-eight million American adults read poetry this year — the highest percentage of poetry readership in more than 15 years, according to a survey of arts participation conducted by the National Endowment for the Arts (NEA) and the U.S. Census Bureau.

“We’ve never seen an increase in poetry reading. If anything there had been a decline — a pretty sharp decline — since about 2002 at least,” said Sunil Iyengar, NEA director of research and analysis.

Iyengar, author of the blog post announcing the poetry data, said these numbers are “quite remarkable.” And while the full arts participation report won’t be released until later this year, he said these results were too significant not to share early.

Young adults and certain racial ethnic groups account for a large portion of the increase. U.S. poetry readers aged 18 to 24 more than doubled, jumping from 8 percent in 2012 to 17 percent in 2017. Among people of color, African Americans and Asian Americans are reading poetry at the highest rates — which more than doubled in the last five years — up 15 and 12 percent, respectively.

Other notable increased readership groups include women, rural Americans and those with only some college education.

A national alliance of poetry organizations, called The Poetry Coalition, continues to promote the role of poetry in all its forms within the fabric of American society.

Joseph Green, director of youth programs at Split This Rock — a founding member organization of the Poetry Coalition — said he’s seen the rising engagement in poetry firsthand among students. 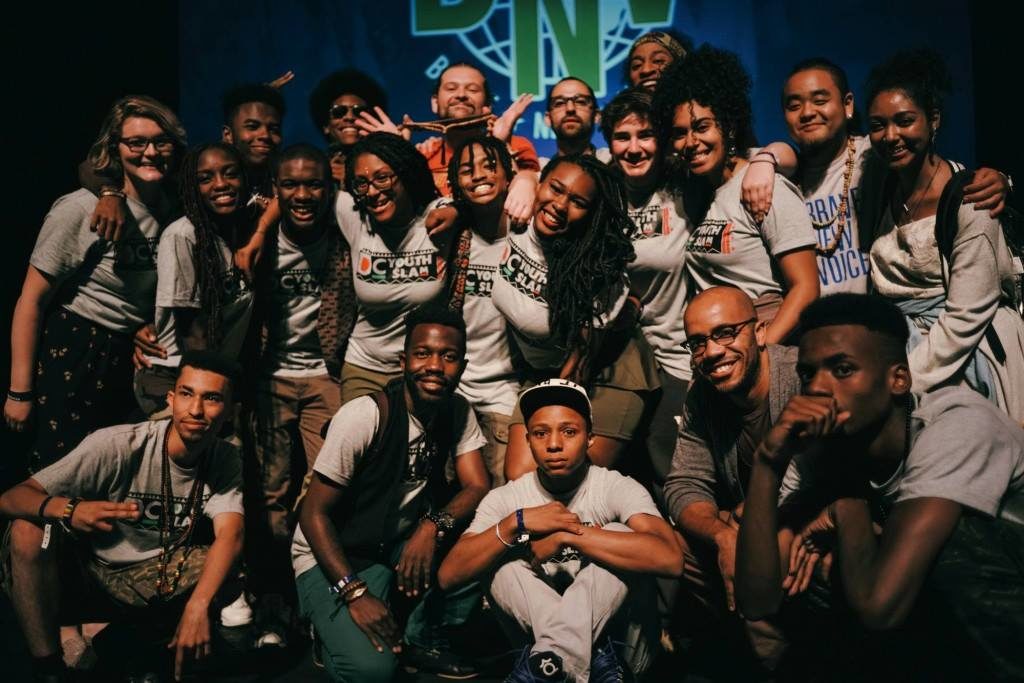 “Young people are taking the opportunity outside class to continue pursuing and reading and engaging poetry, whether it be in print or through YouTube videos,” Green said. “They want it and then they’re replicating it; they’re starting to write their own poems.”

Green and Split This Rock work directly with students and teachers in Washington, D.C. classrooms through after-school writing clubs and professional development programs — all aimed, in part, at promoting contemporary poetry curriculum in the classroom. Social justice is also a central mission for Split This Rock, focused on poetry as a tool for change. Green said it is easy for young people to engage with and share the art of poetry in today’s digital age, making it an ideal medium of self expression.

“Young people have phones now, they can type wherever they are, those words can be shared immediately.”

“At the very least, all you need is a pen and paper,” he said. “Young people have phones now, they can type wherever they are, those words can be shared immediately with other people who are like-minded…to communicate feelings and emotions about the world around them.”

Across the U.S., Steven Dickison — director of another Poetry Coalition partner, the Poetry Center and American Poetry Archives at San Francisco State University — said that there is much to learn from young poets and poets of color, especially in “rigid” academic environments. “I have to keep learning from people who are younger and in more vulnerable positions than I am,” he said. “And I really believe that the academy is starting to wake up because of the presence of young writers and scholars within its field.”

Academia never “owned” poetry, according to Green, and although it “took it for a while,” views on what makes “good” poetry are changing, ushered in by the next generation of poets.

“It started with music and now it’s moving, now it’s YouTube with the folks who have decided that they’re going to become famous making art in their home,” Green said. “And I think poetry — poetry, spoken word whatever you want to call it — has a place in that.”

For more information on where you can find the latest poetry resources, check out the full list of organizations in the Poetry Coalition for old favorites and poets you may not recognize.

And watch the young poets of the DC Youth Slam Team in action below: