“In the deep end, every stroke counts.”

“Best not flirt with disaster, lest it decide to commit.”

“Take two opposites, connect the dots, and you have a straight line.”

These are a few of the pithy wisdoms included in “Where Epics Fail,” an upcoming book of aphorisms from Egyptian-American poet Yahia Lababidi.

The aphorism, an ancient art form that’s part poetry and part philosophy, often consists of just a single line; it’s intended to be both memorable and illuminating. For many years the aphorism was considered archaic. But Lababidi — whom Obama’s inaugural poet, Richard Blanco, calls the form’s “modern-day master” — said the 140 character age of Twitter has turned many of us into aspiring aphorists. And he believes the form is more important in a confusing political time than ever.

“In this moment where it seems the grand narratives are failing to hold our attention, maybe the humble epigram can do its work,” he said. “While deceptively slight and slender, then you sit with it, and perhaps it liberates you somehow, or reminds you of what you’ve forgotten.”

Poets, thinkers and artists, he said, do not really teach, but remind us of what we already know. 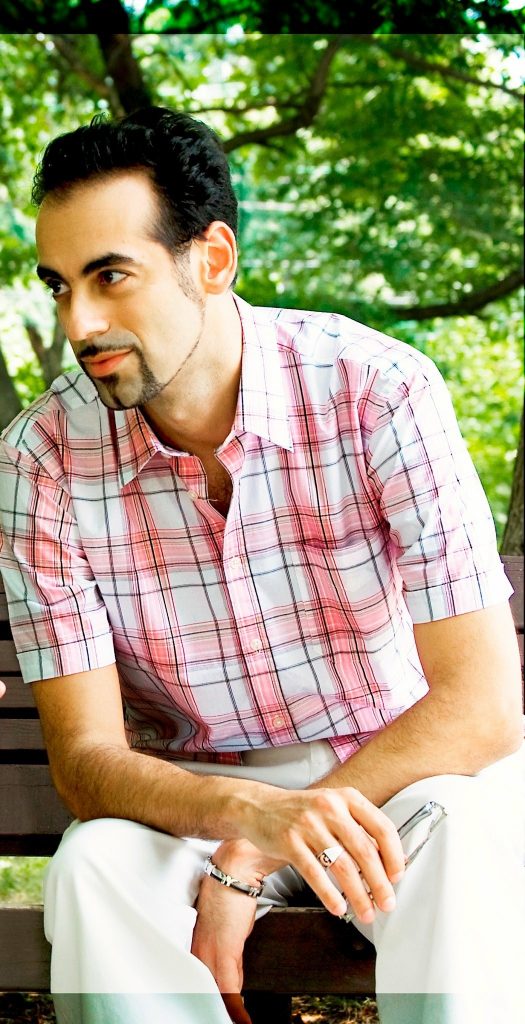 Growing up in Egypt, Lababadi was surrounded by aphorisms; wit and verse were regularly shared between people on the street, he said, as a way of passing on inherited wisdom. Today, he hopes they can be used by his adopted, and politically polarized, country. His aphorism “Take two opposites, connect the dots, and you have a straight line,” for example, is meant to suggest that the differences we see in one another may not be irreconcilable — that we have more in common than we think.

The other aphorisms in “Where Epics Fail” exhort us to pay attention, believe we can make a difference, keep our hearts open in the face of pain, take responsibility for our actions, avoid ego and do the hard work that comes with sticking to ideals.

Lababadi’s aphoristic style also makes its way into his more traditional poetry; in the poem “Hard Days,” which appears in his 2016 poetry collection “Balancing Acts,” he writes: “These are the hard days / like uncrackable nuts / break your teeth trying.”

But many of Lababadi’s poems feel more personal than they do philosophical, addressing head on the concerns of being an immigrant and feeling like you’re living in a state of exile.

In his poem “Speaking American,” Lababidi writes about struggling to fit in after immigrating to the United States, particularly trying to adapt to the cultural contradictions. Though he wrote the poem 11 years ago, when he first came to America from Egypt, he said it feels even more relevant today, “with the mounting fear and loathing directed at ‘others’” in the current debates around immigration.

But while the poem is critical of his adopted country, Lababadi said it comes from a place of love.

“If you love someone or love a nation … you want to remind them of their best version,” he said, noting he’s critical of Egypt too. “You sometimes want to say: ‘tell me this isn’t really you.’”

Read “Speaking American,” or listen to Lababidi read it, below.

O, it is excellent to have a giant’s strength,
But it is tyrannous to use it like a giant.
– Shakespeare

I’m learning to speak American
(I thought I had it, ages ago)
but the dialects throw me off
each like a language in itself

There’s the official tongue:
addressed to the better angels
of our nature, the huddled masses
all yearning to breathe free

But no one speaks such Shakespearean English
in the streets, there you are treated
to a more familiar manner of speech
the unguarded snarl known as slang

Unlike that poetic flourish on its tiptoes,
this dialect is flat-footed and suspicious
of the very tired and poor that it invites
preferring the right to bear arms in bars

Stray violence or casual hate of shifting shapes:
racial slur, ethnic insult or what specialists term
linguistic xenophobia…
you fill in the blanks, I’d rather not

I’m learning this fickle colossus
and the Big Friendly Giant are one
so, if you want to run with either
best to watch both don’t squash you

Having made a show of separating
church and state, they still Bless you
at every turn, but will also curse you
if you do not bless their troops, in return.

Yahia Lababidi, an Egyptian-Lebanese-American, is the author of six books of poetry and prose. Lababidi’s last book “Balancing Acts: New & Selected Poems (1993-2015)” debuted at No. 1 on Amazon’s Hot New Releases under Middle Eastern poetry. His first book, “Signposts to Elsewhere,” a collection of original aphorisms, was selected as a 2008 Book of the Year by The Independent (UK). His forthcoming book, “Where Epics Fail: Aphorisms on Art, Morality and Spirit,” is being published by Unbound in partnership with Penguin Random House, and is now available for pre-order.