Fourth of July is among poet Dorianne Laux’s favorite holidays. It’s also a holiday she dreads.

For one, she says, fireworks are beautiful from a distance, but the massive displays we shoot off every Independence Day can also hearken a feeling of a war, and the desire to best one another with weaponry.

Laux explores these kinds of conflicting feelings — about fireworks, the U.S. and patriotism — in her poem “Fourth of July.”

“I feel very lucky to be accidentally born in a country that [poet] Carolyn Forche calls in a poem ‘greed and grace,'” she said. “Because on one hand I love this country, but on another hand, I’m old enough and smart enough to know this country is not a perfect system.”

During the Vietnam War, Laux said, she watched her boyfriend and brother get sent off to fight. Her brother came back forever changed, affected by Agent Orange, alcoholism and other consequences of what she calls a “horrific, unjust war.” 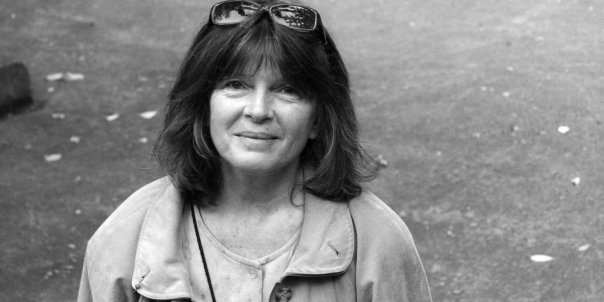 In her poem, the teenage boys throwing firecrackers are a kind of stand-in for how she thinks of America and how it has mishandled its wars.

“I think of the U.S. as an adolescent country. It’s not the old, wise European country, or very young either, it’s somewhere in the middle,” she said. “Like it’s got all kinds of testosterone, and we just don’t know how to handle our power yet.”

But she also jokes that poets have a hard time liking anything.

“Poetry comes from conflict,” she said. “If it’s all nostalgia and wonderful it’s a hallmark card. If it’s a political rant, it’s an essay. Poetry is somewhere in between.”

Below, read “Fourth of July” or listen to Laux read it aloud.

Fourth of July
By Dorianne Laux

The neighborhood cringes behind windows
washed in magnesium light, streamers fizzling
above the shingled rooftop of the apartments
across the street where teenaged boys
with mannish arms throw cherry bombs,
bottle rockets, wings and spinners, snappers,
chasers, fiery cryolite wheels onto the avenue.
Paint flakes off the flammable houses
and onto brave square plots of white grass.
Rain-deprived vines sucker the shutters.
Backyard dogs tear at the dirt, cats
run flat out, their tails straight up.
What’s liberty to the checkout girl
selling smokes and nuts, greenbacks
turning her fingers to grease? The boys
insist on pursuing happiness, their birthright:
a box of matches, crackers on strings,
sparklers, fountains, missiles, repeating shells,
Roman candles, Brazilian barrages.
We peek through blind slats to where they stand
around a manhole cover, the gold foam
of Corona bottles breaking at their feet,
young up-turned faces lit by large caliber
multi-shot aerials. We suffer each concussion,
the sulfer rush that smells like fear, each dizzy,
orgiastic display that says we love this country,
democracy, the right to a speedy trial. We’re afraid
to complain, to cross the spent red casings
melted on asphalt in the morning’s stunned
aftermath, to knock hard on any door, and find them
draped like dead men over the couches, the floor,
hands clasped behind their heads prison style,
shoulders tattooed, dreaming the dreams of free men
in summer, shirts off, holes in their jeans.

Dorianne Laux’s most recent collections are “The Book of Men,” winner of the Paterson Poetry Prize, and “Facts about the Moon,” winner of the Oregon Book Award. Laux is also author of “Awake,” “What We Carry,” and “Smoke” from BOA Editions. She teaches poetry in the master’s of fine arts program at North Carolina State University; she is also a founding faculty member at Pacific University’s low-residency MFA program.

Left: A boy watches the fireworks from his father's shoulders during the 2016 Independence Day celebrations in Somerville, Massachusetts. Photo by REUTERS/Brian Snyder