What does it mean to be multiracial in America? This poet explores how it’s complicated

Charif Shanahan is the son of an Irish-American father and a Moroccan mother. Growing up black and Arab in America was an experience full of “instability,” he said, and he’s using his new book of poetry, “Into Each Room We Enter without Knowing,” as a way to start conversations around that.

“Instability is the word because there are different ways my body will be read and interpreted depending on who’s looking,” he said. “This creates all sorts of interesting tensions and moments, in a very personal kind of way, of folks being confused, thinking they understand and not understanding.”

Shanahan’s explorations of identity in the book cross borders, from Marrakesh to London to St. Tropez. He also skips through time, from North Africa’s colonial past to the dissonances around race that exist today. 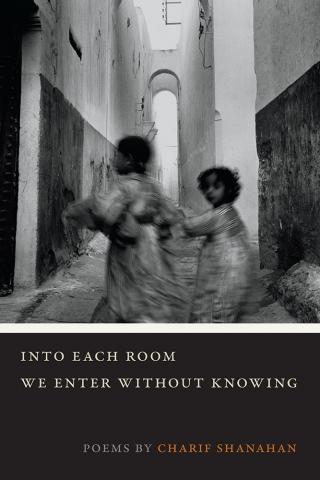 Time and again, his poems reveal how complex identity can be — and the ways in which sharp divisions of race are man-made.

“Part of the violence of race is we’re taught to think about it as hard and fast and fixed and true and clear — that you look at someone and you can tell what they are,” Shanahan said. “It’s much more complex than that.”

Shanahan also explores the more physical violence of race, often through powerful, specific scenes. In one poem, set at a French bistro, a speaker’s white father kisses his black mother and then calls the waiter a racial slur. In another, he sets us on stage at the auction of a Roman girl conducted by Arab slave traders.

“[The book] is about the ways we’ve divided ourselves in all these lunatic, violent, dangerous and counterproductive ways,” he said, “when really we’re a single family, and certainly a single species.”

In the book’s opening poem, “Gnawa Boy, Marrakesh, 1968,” Shanahan writes about a black Gnawa boy — an ethnic minority in Morocco indigenous to North and West Africa — who is marked to die. Read the poem, and listen to Shanahan read it, below. 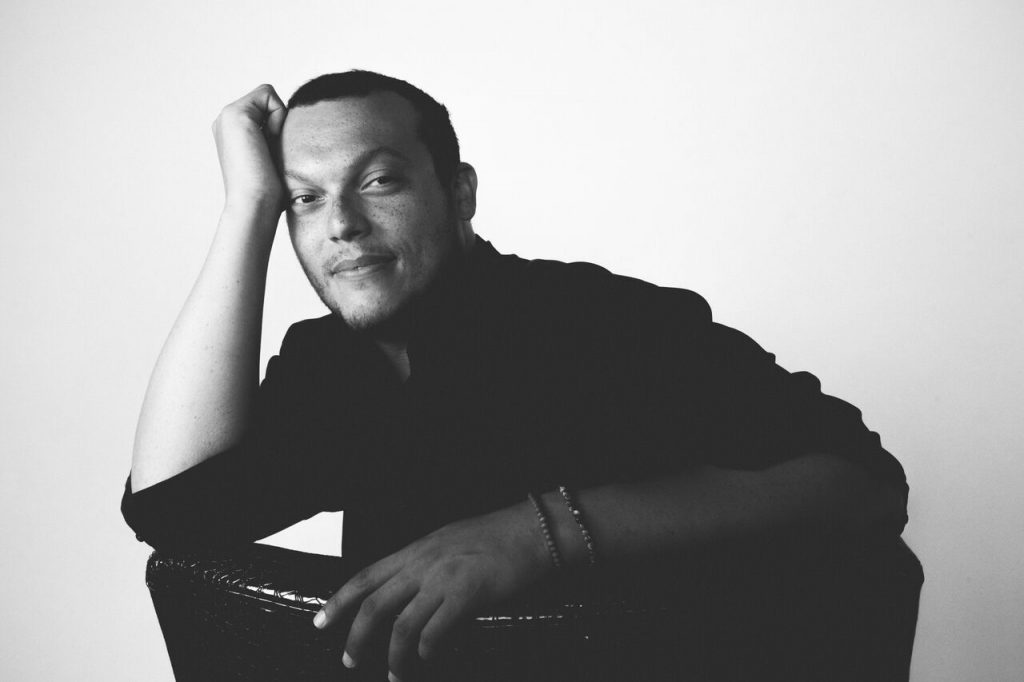 The maker has marked another boy to die:
His thin body between two sheets,
Black legs jutting out onto the stone floor,
The tips of his toenails translucent as an eye.
Gray clumps of skin, powder-light,
Like dust on the curve of his unwashed heel
And the face, swollen, expanding like a lung.
At its center, the sheet lifts and curves:
His body’s strangeness, even there.
One palm faces down to show the black
Surface of hand, the other facing up
White as his desert’s sky.
As if underwater,
He passes from that room into the blue
Porcelain silence of the hall, where the light-
Skinned women have gathered in waiting:
No song of final parting, no wailing
Ripped holy from their throats:
The women do not walk into the sun,
They hide their bodies from it
(those pale wrists, those pale temples):
They do not walk the streets,
They do not clutch their own bodies,
They do not hit themselves in grief—

Charif Shanahan is the author of Into Each Room We Enter without Knowing (SIU Press, 2017), winner of the 2015 Crab Orchard Series in Poetry First Book Award. The son of an Irish-American father and a Moroccan mother, he was raised in the Bronx and educated at Princeton University, Dartmouth College, and New York University, where he earned an MFA in poetry. His poems and translations have appeared in numerous publications, including Baffler, Boston Review, Callaloo, Literary Hub, New Republic, Poetry International, Prairie Schooner, and A Public Space. He has twice been nominated for the Pushcart Prize and is the recipient of awards and fellowships from the Academy of American Poets, the Cave Canem Foundation, the Frost Place, the Fulbright Program/IIE, Millay Colony for the Arts, and Stanford University, where he is the Wallace Stegner Fellow in Poetry.

Left: A man walks along a street in Marrakesh on March 28, 2008. Credit: REUTERS/Thomas White