Road to Rio is paved with poetry for runner Alexi Pappas​ 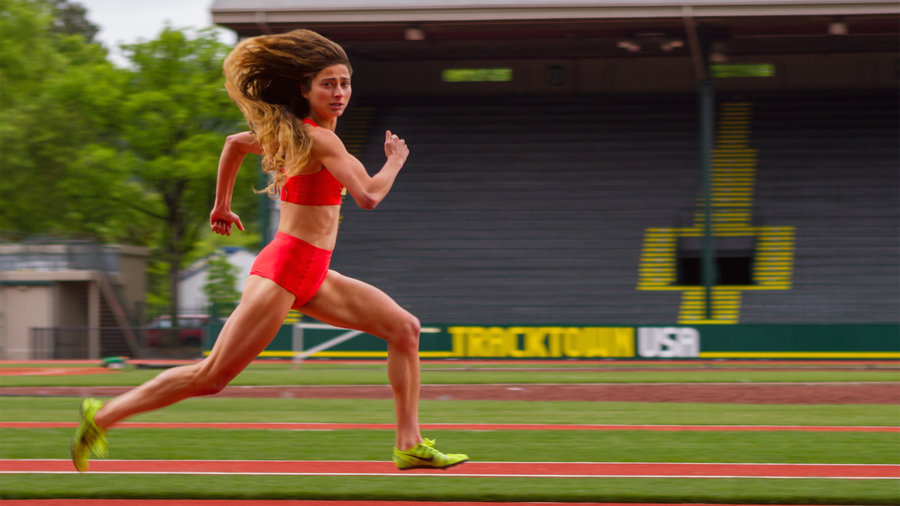 Alexi Pappas says she was a serious poet before she became a serious runner. The 26-year-old athlete, who will compete in the women’s 10,000 meter at the 2016 Olympics in Rio, was a poetry major at Dartmouth College.

“I was initially the worst runner on my college team because I was busy with creative writing, filmmaking and improv. But I think all of that made me more well-rounded and ultimately made me a better runner.”

Pappas went on to run a fifth year for the storied University of Oregon running team and then went pro, sponsored by Nike. In May, she qualified to compete at the summer Olympics, running for Team Greece. Pappas, who holds dual citizenship, said she thought she could have greater influence there.

“I can compete at the highest level but I can also reach a young generation of girls who don’t necessarily have the long-distance role models that we are lucky enough to have in the United States.”

Even with all of the running, she’s still writing poetry and has her own poetry column in “Women’s Running Magazine.” She says she often thinks that running and poetry are alike.

In poetry, “there’s such an economy of words. I love having absolute freedom within boundaries. And in running, similarly, there are limitations. You might have a certain lane you have to stay in or a certain number of laps. But within those boundaries, there’s so much room for creativity and personality.”

In addition to running and poetry, Pappas is a filmmaker and actress. She and her fiance, Jeremy Teicher, have co-created two indie films, most recently a semi-autobiographical film called “Tracktown.” Pappas plays the lead role in the coming-of-age film about a runner in Eugene, Oregon.

“I want to tell stories that I can uniquely tell. Stories in highly specific worlds that most people don’t get the chance to see.”

In all of her pursuits, Pappas says she mostly wants to be an inspiration to young people. Her Twitter feed is filled with a combination of humor and motivational messages. And whenever she races, she is mobbed by young runners seeking her autograph. Many female runners have adopted her preferred hairstyle: a messy bun atop her head. Her signature look has even inspired a Twitter account (Pappas says she doesn’t know who started it).

Not surprisingly, the subject of many of Pappas’ poems is running. Even though she is a distance runner, not a sprinter, she trains by doing short, fast bursts. In “The Sprint” she describes what that feels like.

“One of the things [that’s allowed me] to become a better runner or better writer or better anything is by pushing myself to the edge of something. And sprinting is the ultimate edge of running.”

When I sprint
my insides
are not all there

they are instead gasping
screeching flapping

I seek worms in the form of air

The poem “Scary Things” reflects how Pappas says she feels every day, as a runner, a writer and a filmmaker.

“I wake up every day a little bit nervous, but in a good way. There’s always a goal I have. Maybe for that day or for longer term — an Olympic dream. So when I was writing that poem, it was admitting that those pursuits are really hard, but really beautiful.”

The thing about scary things
like spiders
is that they do not scare me
nearly as much
as the things I want the most.

The want things creep and stay
live in my mind–
a much harder place to reach and find
cannot be killed
will grow instead
unlike the spider in my bed
the scary want inside my head
is not afraid
and will not flee
rather than boo
says come and get me.

Watch for a video profile of Pappas to air later this week on the PBS NewsHour.