When Yrsa Daley-Ward wrote the poem “bone” years ago, it came to her as many of her poems do: in the morning, just after waking up, and she wrote what hit her, in an attempt to tell the truth about something not often said.

The result is a poem that speaks plainly of sexual abuse through a series of numbered but unnamed aggressors who get away with what they do in different ways: “From One / who says, ‘Don’t cry. You’ll like it after a while,’” she writes. “And Two who tells you thank you / after the fact and can’t look at your face.”

Daley-Ward has been reading the poem aloud for years on tour for her poetry collection, also called “bone,” which first came out in 2014 and was just expanded and reissued. But she said that in the last few weeks, after revelations that Hollywood producer Harvey Weinstein sexually harassed or abused dozens of women, she’s felt a different energy in the room.

“I have a lot of poems that are loud and energetic. But this one, it’s palpable what comes over the room when I read that. Because the poem doesn’t hold back… Because it’s become a thing we need to talk about right now, at this moment… Because it’s nearly every woman’s experience.”

Daley-Ward, whose poetry has spread widely over the past few years on social media, particularly Instagram, and whose book has sold so many copies it’s now available in places like Target and Urban Outfitters, said it’s encouraging to see the poetry reach across age, class and gender. 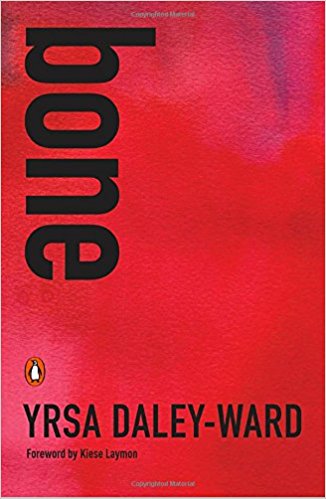 But women in particular have connected with her poetry, she said, because her poetry addresses issues that affect women — issues that aren’t always openly talked about.

In the poem “bone,” she said, she chose to use numbers for each of the aggressors because that’s how people like Weinstein view women, “as one after the next after the next.”

As of Monday, 38 women had come forward to accuse the Hollywood producer of sexual misconduct, which was followed by accusations against Amazon Studios head Roy Price and the video game developer Naughty Dog. At least two male actors also came forward to talk about sexual harassment they’d faced in their career.

But “bone” ends in perhaps an unexpected place, not with anger but with an expression of gratitude, for how the body puts itself back together.

“Thank heavens you’re resetting,” she writes, “ever / setting and / resetting… How else can the body survive?”

Read the full poem and listen to Daley-Ward read it aloud below:

From One
who says, “Don’t cry.
You’ll like it after a while.”

and Two who tells you thank-you
after the fact and can’t look at your face.

To Three who pays for your breakfast
and a cab home
and your mother’s rent.

To Four
who says,
“But you felt so good
I didn’t know how to stop.”

To Five who says giving your body
is tough
but something you do very well.

To Six
Who smells of tobacco
and says “Come on, I can feel that
you love this.”

How else do you sew up the tears?
How else can the body survive?

Yrsa Daley-Ward is a writer and poet of mixed West Indian and West African heritage. Born to a Jamaican mother and a Nigerian father, Yrsa was raised by her devout Seventh Day Adventist grandparents in the small town of Chorley in the North of England. She splits her time between London and Los Angeles.