The Bauhaus German art school of the early to mid-20th century is today associated with several things: its stark white modernist buildings, its emphasis on re-combining arts and craft, and the male artists and architects who taught there, including Paul Klee and Wassily Kandinsky. Often overlooked are the influential women of the movement, especially photographer Lucia Moholy, who took many of the iconic photographs we associate with Bauhaus architecture.

But Moholy is now getting her due, both in an upcoming celebration in Germany of the Bauhaus centenary, and also in a new book of prose poetry by Mary Jo Bang called “A Doll for Throwing.”

Bang said she became interested in Moholy after she first began learning about the Bauhaus movement and discovered that Moholy “took all those iconic photographs of the pristine white [Bauhaus] buildings in Dessau [in Germany] right after they went up, and yet her name had been virtually erased from history, as is often the case when women collaborate with men in earlier era.”

Moholy was married to Bauhaus master László Moholy-Nagy, and often collaborated with him. Her work has often been overshadowed by his, and for years was also claimed by Bauhaus founder Walter Gropius as his own. 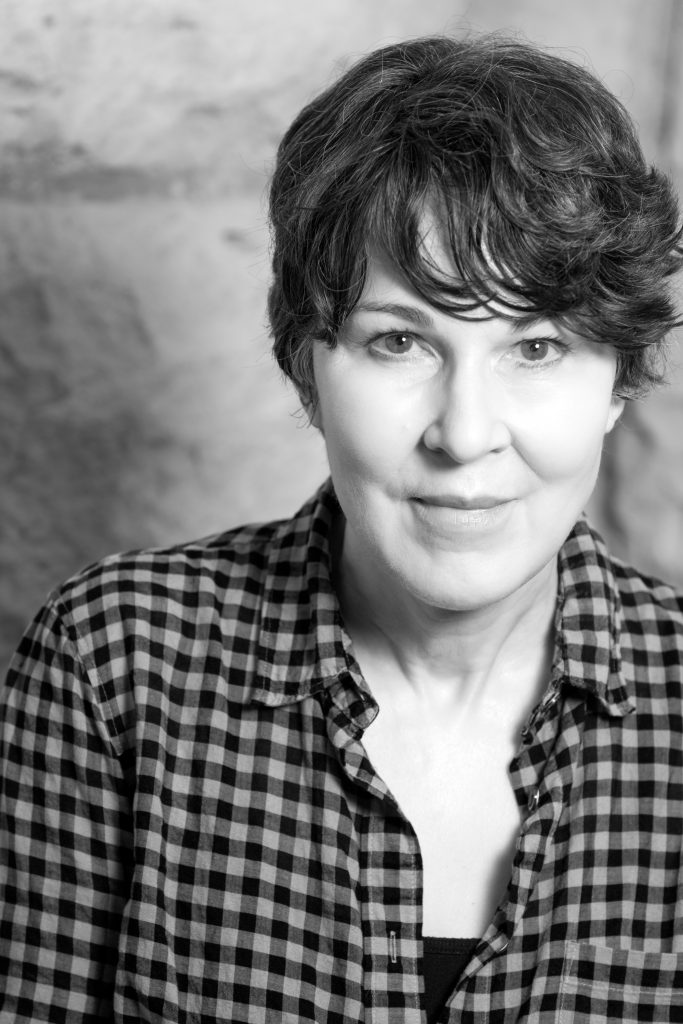 Bang’s poetry puts the focus back squarely on Moholy and other women of the Bauhaus movement, and also draws from her own life to find parallels between those years and the present day.

“The [Bauhaus] school was started in 1919 just after WWI, and closed by Hitler in 1933 at a time of high unemployment and extreme xenophobia, so there was a kind of bitterness about lost opportunities,” Bang said. “As I was doing this project, there were all these glimmers and echoes of what’s going on in this country now.”

The Bauhaus school sought to respond to the social ills of the time by designing buildings that offered some humanity, making artworks of practicality and beauty and respecting the power of machines — efforts that continue in today’s art and design field.

But Bang said she also found herself thinking about how architecture was not the solution to social problems, “unless you also do something with discrimination and education,” including the discrimination of women.

In Bang’s poem “Two Nudes,” she draws inspiration from a photograph taken by László Moholy-Nagy of Moholy and another woman, and collapses it with details from her own life. “One day I went with a friend on a walking tour,” the poem begins; it ends with the 1925 photograph: “One day we were lying in the sun / dressed in nothing but our skin when a camera / came by and devoured us.”

Read Bang’s full poem “Two Nudes,” or listen to her read it aloud, below.

I was working in a bookstore and as an antidote
to the twin torment of exhaustion and boredom,
one day I went with a friend on a walking tour.
We made it as far as Berlin and there I met the
man I would move with to a boarding house, then
to furnished rooms in the flat of a civil servant,
and from there one morning in January to the
Registry to be married. We then moved to a
studio apartment and two years later from there
to where boys returning from the war would
remove their collars and sew them back on with
red thread to demonstrate the end of their
allegiance to the cruel and fastidious past.
Everyone wanted to be launched into a place
from which you could look back and ask whether
the red was also meant to enact spilled blood.
You could say so, but only if you want to insist
that history’s minutia is best read as allegory. The
fact is, history didn’t exist then. Every day was a
twenty-four-hour standstill on a bridge from which
we discretely looked into the distance, hoping to
catch sight of the future. It’s near where you’re
standing now. One day we were lying in the sun
dressed in nothing but our skin when a camera
came by and devoured us.

Mary Jo Bang is the author of eight books of poems, including “The Last Two Seconds,” “Elegy,” winner of the National Book Critics Circle Award, and “A Doll For Throwing,” out now from Graywolf Press. Her translation of “Dante’s Inferno,” with illustrations by Henrik Drescher, was published by Graywolf in 2012. She’s been the recipient of a Hodder Fellowship from Princeton University, a Guggenheim Fellowship, and a Berlin Prize fellowship at the American Academy in Berlin. She teaches creative writing at Washington University in St. Louis.