A poet squeezes the presidential election into a clown car 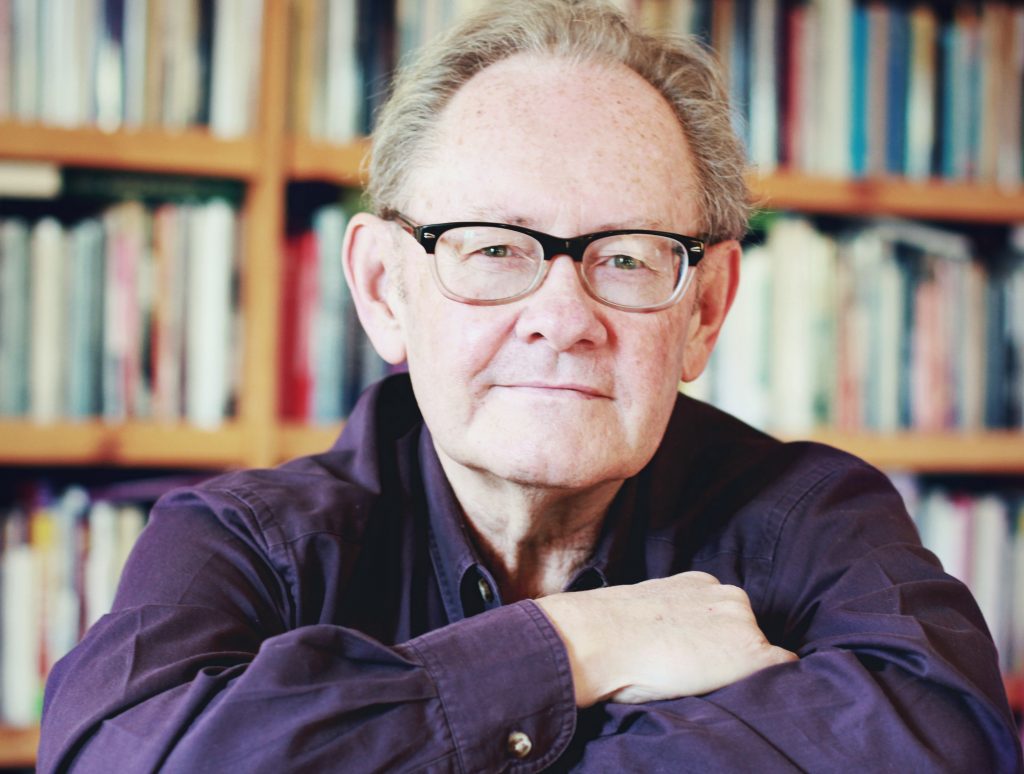 Poet Joseph Hutchison says he wrote “The Greatest Show on Earth” four years ago when he was watching yet another chaotic Presidential election process unfold.

“It was a response to the circus that we make of elections and how political figures treat the whole thing as a show and the audience tends to accept it as that and respond to it as such.”

“The role of poet is to deepen the understanding of what we’re faced with, the images we’re faced with and reveal the deeper layers and the deeper currents so that people have a context instead of accepting images at face value.”

He said that while this is a trend that has been happening for decades, he certainly never imagined that it would devolve into the circus of 2016.

“If journalists had covered Trump as a serious candidate, he probably wouldn’t have won. But they treated him for too long as a sideshow and Americans like sideshows.”

Hutchison said Daniel Boorstin’s 1962 classic book “The Image: A Guide to Pseudo-Events in America” was probably in the back of his mind as he composed the poem. Boorstin argues that press conferences and presidential debates are “pseudo events” which are manufactured solely in order to be reported and that the contemporary definition of celebrity is “a person who is known for his well-knownness.” Hutchison says as a poet he likes to look beyond those superficial images.

“Poetry has traditionally offered a critique of society, of politics, of oppressive systems. The role of poet is to deepen the understanding of what we’re faced with, the images we’re faced with and reveal the deeper layers and the deeper currents so that people have a context instead of accepting images at face value.”

Read next: This poet worries about not being able to protect his son from violence

Two years ago Hutchison was named poet laureate of Colorado. He says one of his goals is to expand the way poetry is taught in the schools.

“We tend to use poetry to teach technical language like metaphor, meter and rhyme. But poetry is a way of knowledge, just as novels or essays are. Poets address everything from history to science to mathematics to art. And I want to encourage teachers to use poetry across all disciplines.”

The Greatest Show on Earth

The clown car careens into the bright-lit
center ring, buzzing like a baby chainsaw.
Smoke corkscrews from the tiny tailpipe,
the horn bleats and squalls. Now it brakes,
fishtails, skids sideways and heaves to a halt,
rocking on lackadaisical springs. The motor
pops and sputters, the tinted glass doors

stay shut. The audience leans forward.
Nothing happens—only spotlight beams
sweeping over, away and back. And soon,
frustration crackles in the bleachers. Gripes,
scattered curses, threats. Nothing happens!
Inside the car’s a motley gaggle of eager
Armageddonites, ex-CIA think tankers,

talk radio megastars, flaks for Big Oil—
all playing rock, paper, scissors. The victor
gets to clamber out and take first crack
at deceiving the crowd. Oh, how abashed
they’d be to find the Big Top almost empty!
Just a few gloomy diehards left, their eyes
and nostrils stung raw by exhaust, lungs

too choked for cheers. Imagine the rest
headed home: toddlers riding their parents’
shoulders, the older kids kicking leaves,
all gazing up past bare birch branches
into the red-shifting heart of inexhaustible
openness, the profusion of its forms, feeling
small and glad in the star-spangled night.

Joseph Hutchison is the Colorado Poet Laureate. He has published 17 books, including his latest “The World As Is: New & Selected Poems 1972-2015.” He has also co-edited two anthologies. He lives in the mountains southwest of Denver, Colorado, the city where he was born. He teaches at the University of Denver’s University College, where he currently directs two programs: Arts & Culture and Global Affairs.