Why this poet is posting meaningless verse on Instagram

When Texas-based poet Thom Young joined Instagram around 2010, he noticed a number of poets were already using the platform to share their work. At first, he found this encouraging and began sharing his work there as well, amassing several thousand followers. But as he continued to look around, he also noticed something strange: While most serious, award-winning poets — those who did thoughtful work — got hardly any attention, people who wrote short, trite poetry got tons of likes and followers. Some of these “pop poets,” as he calls them, had become social media celebrities overnight.

And so Young, a Pushcart Prize-nominated poet, decided to do an experiment. He thought he’d try writing the most vapid, simplistic poetry he could and post it to Instagram to see what happened.

“I decided that a parody or satire was needed to demonstrate how easy it was to get popular on social media, particularly on Instagram, writing this short, trite poetry,” he said. “And right away I started getting followers and likes like crazy” — going from 9,000 to 46,000 followers on Instagram in less than a year, he said. 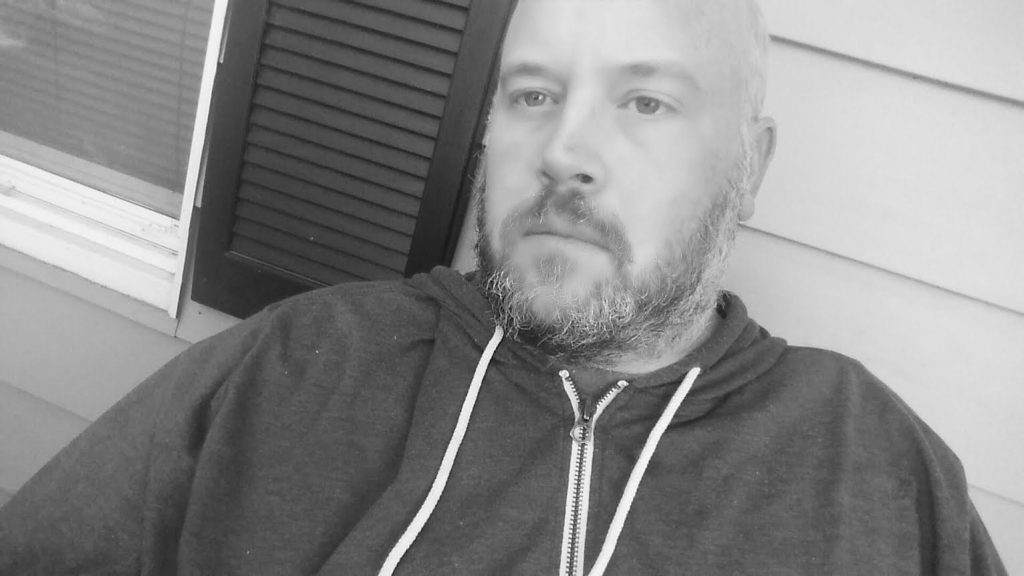 Along with the the poetry, Young also created a sort of alter ego, presenting himself as a hipster poet he called Tyler, even using a stock image of a man with a beard. For the past year, he has continued this social media experiment with increasing popularity. He eventually dropped the alter ego, and now uses his real name or initials; just this week, he posted the incredibly short poems: “wait.” and “love made / her wild” against a white background, both of which garnered thousands of likes. While some of his followers clearly understand it’s satire, many others seem not to.

To those who might say the experiment is condescending, Young says that’s not his goal. He does not want to criticize those who write or like pop poetry, he said, but instead hopes it leads younger people to think more about what they read (in addition to being a poet, Young is also a high school English teacher).

“I think the younger generation is mostly interested in ‘fidget-spinner’ poetry. Like they’re just scrolling on their devices, to read something instantly, while the libraries are empty. I think people today don’t want to read anything that causes a whole lot of critical thinking,” he said. “And so in a lot of my captions, I try to talk about the real stuff.”

“Real stuff” means he often points out in his captions that the poetry he’s posting is satire. Or he’ll talk about how smartphone or social media culture can be problematic. He also sometimes points his followers to what he sees as better poetry – including his own. According to Young, sales of his recent poetry books, “A Little Black Dress Called Madness” and “Coffee Nightmares,” have spiked on Amazon since he started posting about them alongside his pop poetry. And some of his followers have now asked him to start posting that poetry instead.

“That was the goal: to expose people to the real poetry and the real craft,” he said. In his English class, he notices that it’s always an uphill battle to get students to read a serious writer like Oscar Wilde, but after they do, some of them really love it and ask to read other books by Wilde. Similarly, on Instagram, “I see that when people read my real poetry, they want more.”

Below, read some of Young’s Instagram poems and captions, as well as a surrealistic poem of his called “Gills,” from his 2015 collection “A Little Black Dress Called Madness.”

FEED HER WILD. (BOO HUNGRY) Thom you could be doing a lot more with this platform, yes but boo hungry and right now she's eyeing the breakfast buffet. I wish I could utilize all the platform has to offer here like working with an Instapublisher that will buy me 200 followers an hour in some kind of marketing plan but as I said boo ready for lunch. Feed her wild! Boo ready for her snack and a nap and when she wake up she thinking about dinner and dessert. Boo need a diet plan and to be introduced to a treadmill. 'Boo, this place is called a gym you're going to make so many friends here." When you Netflixing and Chilling with boo but you can't chill cause boo laying down and literally take up the whole couch. I wish I could do so much more with my writing here it's always been my poetic dream to be surrounded by those that write on a second grade level and throw in 'wild' and 'chaos' every other post but now boo thinking about her fourth breakfast. Feed her wild! New book BUY LINK IN MY BIO. #creativewriting #writer #writingcommunity #writing #potd #words #reader #writersnetwork #writersoninstagram #parody #literature #reading #she #expression #writingchallenge #photograph #beer #typewriter #tattooed# #thomyoung # #haiku #satire #poetry #poems #bukowski

The Go Follow Series #1 One of my favorites @collin_andrew_yost go follow his awesome poetry account and if you follow him send DM and I will send you a FREE book because that's how I help out the community. Because remember nobody sits alone in a dark room writing anymore well except me that's exactly what I do. New book BUY LINK IN MY BIO. #creativewriting #writer #writingcommunity #writing #potd #words #reader #writersnetwork #writersoninstagram #parody #literature #reading #she #expression #writingchallenge #photograph #beer #typewriter #tattooed# #thomyoung # #haiku #satire #poetry #poems #bukowski

This poem was first published in The Commonline Journal.

Thom Young is a writer from Texas. His 2015 poetry collection, “A Little Black Dress Called Madness,” hit No. 1 for poetry sold in Germany. He is a 2017 Pushcart Prize nominee and his work has appeared in a number of literary journals, including the International Journal of Poetry, Poetry Quarterly, 3am magazine, Word Riot, Thirty West, and more. He is writing a novel about social media culture and poetry called “Instapoet.”
This article has been updated to reflect that Instagram launched in 2010.

Left: A satirical poem by Thom Young. After it was posted to Instagram, it received 2,236 likes.