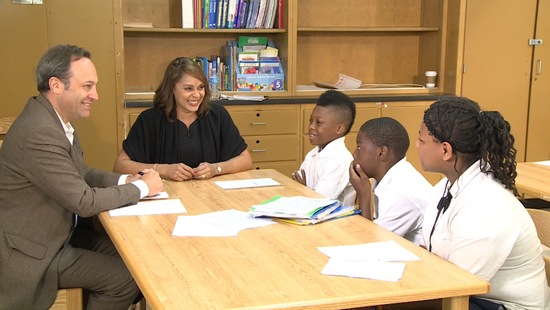 Journeying to Detroit a few weeks ago I felt much as I did the first time I went back home to the Mississippi Gulf Coast — and to New Orleans — in the months following hurricane Katrina. I was seeing a place that had been an important part of my personal geography and the landscape of my imagination — and thus part of the narrative of my childhood self — now in the aftermath of devastation. I could see what was blighted, and seemingly on the verge of irreparable change: the abandoned buildings, the vacant lots, for sale signs — all of it a palimpsest over the beautiful city of the past.

And the similarities did not stop there. I’d never really spent any time in Detroit before this, but my mother had when she was in college. I had seen pictures of her there, heard her stories about the Detroit of the early sixties, of Motown, the Motor City. She’d been born in New Orleans, and though I’d spent a good deal of my own childhood in that city, it is the connection to her that means most to me. I think it’s because she’s been gone from me so long that I love so deeply the places that connect me to my past with her. And so in Detroit I encountered that past and I could imagine my mother alive again, and all the excitement she must have felt as a young woman in that once-thriving place. 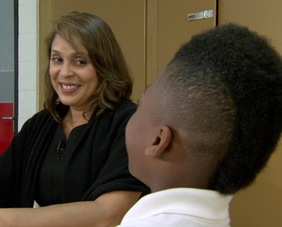 It was doubly moving then to have some of my childhood brought back to me in yet another powerful and restorative way. I saw in the school we visited, Marcus Garvey Academy, and in the InsideOut poetry program there, the happy outline of my own elementary school and my early engagement with poetry in the classroom. I saw again how poetry can help bring back what’s lost to us, figuratively, and how the study of poetry — the pleasurable engagement with language and the skills that come with it — can help prepare us for the concrete work we must do to as citizens to promote a just and thriving nation.

In the early 1970s in Atlanta I attended what had formerly been an all-white school, but had become a black school after integration and white flight. Perhaps because of this, the teachers created a curriculum that included a focus on African American literature and history year round, not just in February. We learned to recite James Weldon Johnson’s poem “The Creation” and his “Lift Every Voice and Sing,” what was called then the “Negro National Anthem,” which we sang along with “The Star Spangled Banner” at assemblies. The walls were covered with posters and portraits of African American writers, scientists, and leaders from many other fields: Frederick Douglass, James Weldon Johnson, Mary McCleod Bethune, Dr. Martin Luther King, Jr., We studied the poems of Paul Lawrence Dunbar, Langston Hughes, Countee Cullen, and Gwendolyn Brooks. We were steeped in an education meant to give us a fuller understanding of our shared American history and the role of African Americans in it. What our textbooks at the time left out our teachers brought to us in rich classroom displays and supplementary lessons. It was that way with poetry too.

At Marcus Garvey Academy in Detroit, those names of famous African Americans and others emblazoned the various hallways leading to each grade level. Signs bearing the names of historically black colleges and universities — like Kentucky State where my parents met — hung above classroom doors. I felt as though I had returned to the lovely scholastic atmosphere in which I first began to write poetry. I kept thinking of this as I sat in on the InsideOut poetry class, watching the students at work.

Throughout the class period the students’ excitement was contagious, and their common belief in the role of poetry in our lives was heartening. After they’d finished writing a draft of their poems, each of them stood up to read aloud — some poised, some nervous, but all of them eager — and I was again reminded of my early experience of poetry at school. It was there that my third grade teacher and the school librarian bound a sheaf of my poems and placed it in the library. I was delighted. And I was motivated by that small achievement to work harder. Perhaps that crucial early education in poetry made all the difference — just as it seems now that poetry in a Detroit classroom is making a profound difference in the lives of some bright children lucky enough to have such an opportunity.

Editor’s Note: The PBS NewsHour special poetry series, “Where Poetry Lives,” features reports by U.S. Poet Laureate Natasha Trethewey and NewsHour’s Jeffrey Brown on issues that matter to Americans through the framework of poetry. This series started on Sept. 12. with a report on a poetry project in New York that works with Alzheimer’s patients.