That’s the title of one of Nicole Sealey’s many poems about life, death and the search for meaning in her debut poetry collection, “Ordinary Beast.” (It is also the final line of a famous 1942 philosophical essay by Albert Camus).

Imagine the Greek mythical figure, the sentence asks us, pushing his giant boulder up a hill — a seemingly meaningless and ceaseless task. And yet imagine him happy. Imagine Sispyhus content because he accepts, and understands, that life can be both difficult and absurd.

These existential questions weave through much of Sealey’s new collection, which, she said, grew out of her obsessions, “with life, how we live it and death. That, and: Are we being human to one another? Are we being our best? And how?” 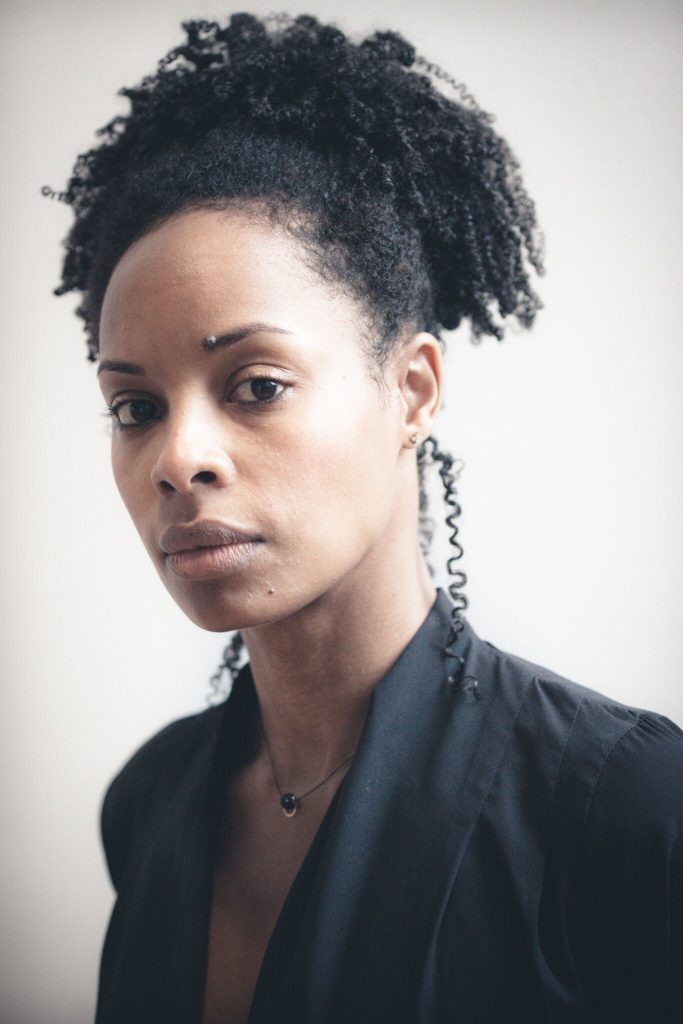 “Ordinary Beast” is also populated by myths, whether stories from ancient Greece or legends from America’s indigenous communities. Sealey employs these myths, she said, to widen a small moment contained within the poem into something more.

“The collection as a whole does this thing where it connects people and connects things that wouldn’t otherwise be connected,” she said. “To reiterate the fact that we are all interconnected.”

Questions of life and death (as well as myths) are all in Sealey’s “Virginia is for lovers,” a poem anchored in a small but scary exchange with a friend. While the poem begins at a modern-day gay pride picnic in Virginia, it leaps back in time to a legend about a raid by the Shawnee Tribe. And it ends, as many of Sealey’s poems do, with an image of compassion.

“I think we are all writing the same poem, which is what it means to be human,” said Sealey. “These questions take a lifetime and we won’t get an answer. I will grow and only add more questions.”

Below, read “Virginia is for lovers” and listen to Sealey read it aloud.

“Virginia is for lovers”
by Nicole Sealey

At LaToya’s Pride picnic,
Leonard tells me he and his longtime
love, Pete, broke up.
He says Pete gave him the house
in Virginia. “Great,” I say,
“that’s the least his ass could do.”
I daydream my friend and me
into his new house, sit us in the kitchen
of his three-bedroom, two-bath
brick colonial outside Hungry Mother Park,
where, legend has it, the Shawnee raided
settlements with the wherewithal
of wild children catching pigeons.
A woman and her androgynous child
escaped, wandering the wilderness,
stuffing their mouths with the bark
of chokecherry root.
Such was the circumstance
under which the woman collapsed.
The child, who could say nothing
except hungry mother, led help
to the mountain where the woman lay,
swelling as wood swells in humid air.
Leonard’s mouth is moving.
Two boys hit a shuttlecock back and forth
across an invisible net.
A toddler struggles to pull her wagon
from a sandbox. “No,” Leonard says,
“it’s not a place where you live.
I got the H In V. H I—”
Before my friend could finish,
and as if he’d been newly ordained,
I took his hands and kissed them.

Born in St. Thomas, U.S.V.I., and raised in Apopka, Florida, Nicole Sealey is the author of “Ordinary Beast,” forthcoming from Ecco in fall 2017, and “The Animal After Whom Other Animals Are Named,” winner of the 2015 Drinking Gourd Chapbook Poetry Prize. Her other honors include an Elizabeth George Foundation Grant, the Stanley Kunitz Memorial Prize from The American Poetry Review, a Daniel Varoujan Award and the Poetry International Prize, as well as fellowships from CantoMundo, Cave Canem, MacDowell Colony and the Poetry Project. Her work has appeared in The New Yorker and elsewhere. Nicole holds an MLA in Africana Studies from the University of South Florida and an MFA in creative writing from New York University. She is the executive director at Cave Canem Foundation, Inc.

Left: This undated illustration shows Tantalus, Sisyphus and Ixion, three kings from Greek mythology who were condemned by Zeus to eternal tortures in Hades. Tantalus reaches for the unreachable fruit, Sisyphus carries the rock that never gets to the top of the hill, and Ixion is shown on the fiery wheel. Image by Getty Images