A few days after the presidential election, poet Kim Stafford was driving east from his hometown of Portland, Oregon, when he was struck by a motto on a passing truck filled with Peruvian soft drinks. El sabor que nos hace únicos, it said. The flavor that makes us one.

“I thought, I want this in my life, in my writing,” Stafford said. “Personally I am troubled by the outcome of the election, but I am more troubled by the divisions” in the country post-election, he said. “What ‘made America one’ seemed like what we all need to seek.”

This idea led to Stafford’s post-election chapbook “The Flavor of Unity,” which begins with a poem he wrote on election morning (“We have not done enough to spare our country / this avalanche of foolishness”) and ends with recommendations on how to respond in times of change (“be not afraid… do right / Dark times brighten the life of witness.”)

Throughout the book, Stafford seems to wrestle with two antithetical urges: one, to convince and persuade readers, and explicitly criticize the new president, and two, to unify and move forward.

The first, more strident tone is present in his poem “How to Raise a President,” which gives prescriptions on how to help President Donald Trump as a leader, and which Stafford said he based on the management theory of “leading from below.” “When your leaders acts the bully: silence. / When your leader does something right — no matter how small — celebration,” he writes.

But a very different feeling is put forth in the poem “The Flavor of Unity,” which Stafford said he wrote to answer the question the motto had raised for him: What is the flavor of unity? What is it that really unifies people?

“For me it’s something about home ground, the earth, our common treasure of wind and tree and grass and light and water,” Stafford said. “Because we are all earth citizens.”

In recent weeks, Stafford said he has noticed with some disappointment that local bookstores have begun adding “resistance” sections in addition to their regular subject headings like”nature” and “religion.” He said he’d rather see a “peacemaking” section, or something that was “come one come all” — a section that could attract any reader. Stafford is a professed pacifist, as was his father William Stafford, who was also a poet and served as the U.S. poet laureate in 1970.

“I think my practice as a writer has become a search for how to be a good citizen in a troubled country,” Stafford said. “What I’m really trying to do with my poetry these days is search for common ground.”

Read and listen to “The Flavor of Unity,” below. 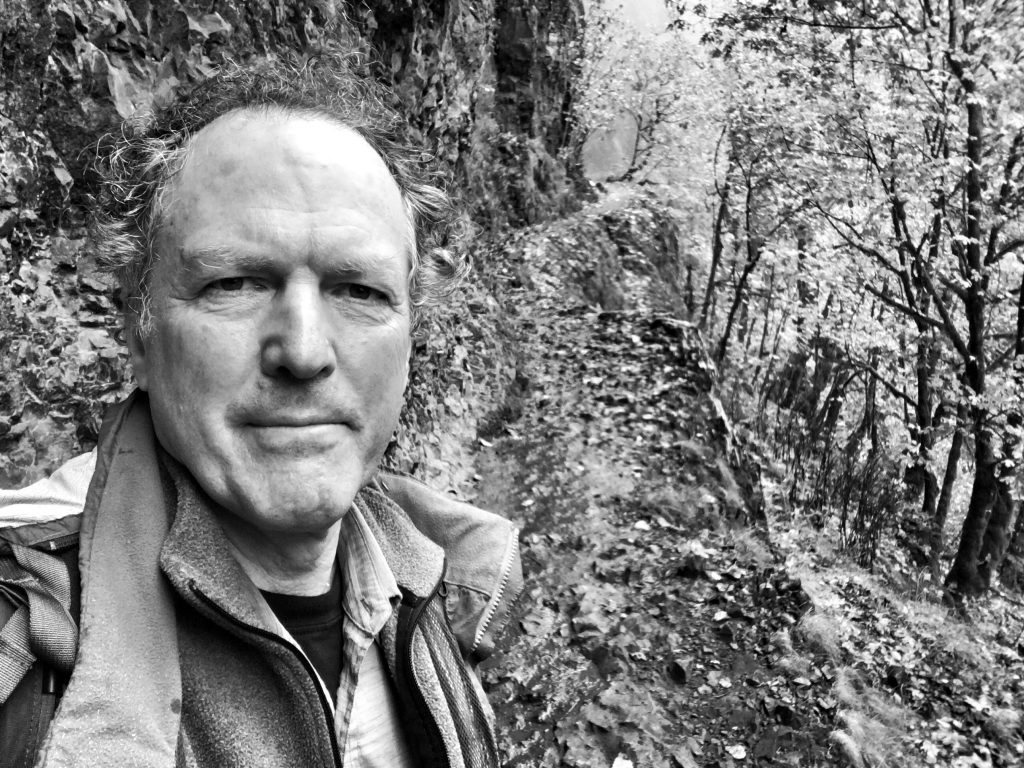 The Flavor of Unity

The flavor that makes us one cannot be bought

or sold, does not belong to a country, cannot

enrich the rich or be denied to the poor.

The flavor that makes us one emanates from the earth.

A butterfly can find it, a child in a house of grass, exiles coming home at last to taste wind off the sea, rain

falling into the trees, mist rising from home ground.

The flavor that makes us one we must feed

to one another with songs, kind words, and

human glances across the silent square.

Kim Stafford directs the Northwest Writing Institute at Lewis and Clark College, and is the author of a dozen books of poetry and prose, including “Having Everything Right” and “100 Tricks Every Boy Can Do: How My Brother Disappeared.” His poetry chapbook “How to Sleep Cold” is forthcoming in fall 2016 from Limberlost Press. He has taught writing in in Scotland, Italy and Bhutan.