Remember the humanity of immigrants, this poet urges

The characters in Eduardo Corral’s poems are neither “saints nor sinners.” They are immigrants, as well as daughters, community members, survivors and, like all humans, Corral said, complex.

Corral hopes his poems make the internal lives of immigrants visible, something he said is forgotten or intentionally omitted in the national conversation.

But laying bare the nuanced humanity of the immigrant experience includes writing about flaws, according to Corral.

In one poem that’s part of a series inspired by water barrels left for border crossers in the Sonoran desert, a woman who lacks access to food and water barely survives her crossing. What is she carrying with her? “A lot of internalized racism, colorism, anti-indigenous sentiment,” said Corral.

In the desert, the moon
shivers. Tonight, to stay awake, I’ll cut my feet
with glass.
Outside Oaxaca, in a clinic, my mother said,
“I hate your Indian face.”
In the dream I’m running. My limbs skeletal
and scabbed.

Corral was inspired by photographs of water stations near Tucson, Arizona. The blue barrels, placed by a humanitarian group called Humane Borders, are a common sight in the deserts of Baja Arizona, marked by 30-foot flags so that they can be seen by migrants crossing from a distance.

“So in my mind,” said Corral, “I converted these barrels into text,” and the barrels became “containers for the cerebral, the mental, the emotional, because that gets often lost when we talk about immigration.” 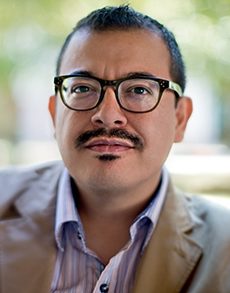 Envisioning the stations as vessels for text, Corral imagined immigrants inscribing fears and hopes onto the sides of the containers, revealing their inner lives through language both lifelike and fantastical depending on their mental state while crossing.

The son of migrants who crossed into Nogales, Arizona, in the ‘70s, Corral says his “gaze, heart and soul” are always attuned to border issues. The Trump administration’s use of family separation at the border reminds Corral of how rare it is that migrants get full acknowledgment of their humanity.

“We keep seeing immigrants from Mexico, Central America, as labor force,” Corral said. “[We] see them as…just physical beings right? No! Everybody has a mind, a heart, a soul.”

“There are days when I sit down at the desk like, ‘What am I doing at the desk? I should be out in the field. I should be doing something to really mobilize and do something,’” Corral said. “But we do need poets…from these kinds of background, Mexican-Americans, from El Salvador, from Guatemala, telling these stories.” 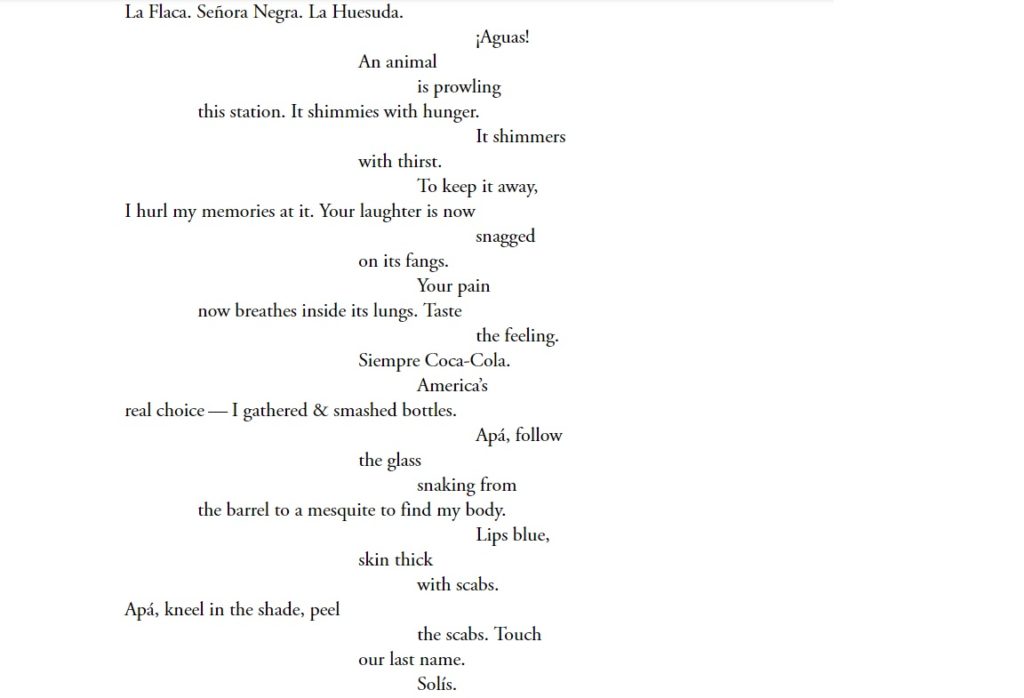 Left: A 4-year-old boy weeps in the arms of a family member as he and others were apprehended by border patrol agents after illegally crossing into the U.S. border from Mexico near McAllen, Texas, on May 2, 2018. Photo by REUTERS/Adrees Latif